So here’s my quick and dirty recap of 7 of my favorite travel moments from this year. Please tell me what you’ve been up to, where you’ve been and where I should go in 2014. Time to start booking flights!

No. 7 – The iHeart Radio Pool Party at the Fontainebleau Miami Beach

Being a Florida girl has its perks…. the 75-degree weather in December, the plentiful travel & tourism PR and social media consulting work, and the proximity to marvelous Miami. The stars really aligned for this project I did with Visit Florida. Not only did I get to bring my protege/little sister on a work trip, it involved a raging fun pool party, the hot Miami sun and some of my favorite bloggers.

No. 6 – Intro to Alaska with my Grandparents

There’s no place in the U.S. quite so vast and wild as Alaska, and there are several ways to explore it including by train, raft and helicopter. I checked out a massive glacier near Denali National Park on a drizzly day back in July with my grandparents. It really is an awe inspiring place – one everyone should have on the old bucket list! Just beware of bears!

No. 5 – Horseback Riding to a Waterfall in the Dominican Republic

Believe it or not, the DR was the only new country I visited this year! So it holds a special place in my heart, as does the day I went horseback riding to La Cascada del Limon in Samana. It was a lovely, albeit sweaty, excursion, and the payoff was this gorgeous waterfall. Looking forward to a return visit to the DR to really dig into the colonial culture in Santo Domingo!

No. 4 – Reacquainting myself with Exuma’s Swimming Pigs

I’ve lost count of how many times I’ve been to The Bahamas, but no matter how often I visit, I never get tired of the impossibly clear water, the balmy weather, the friendly people & the quirks (like swimming pigs in Exuma!) that make the 700 islands the magical place they are. I feel at home here whether I’m on a boat, at a beach shack sipping a Kalik or living the mermaid’s life under the sea.

No. 3 – Dolphin Spotting in Key West

What can I say? Island life just agrees with me. I feel like myself when I’m out on the water, surrounded by leaping dolphins and surly pelicans. During my trip to key West in September, I went out with Fury Watersports to find dolphins – and did we ever. This iPhone capture of one of Key West’s resident dolphins was a lucky shot – the best my boat captain ever saw on a smartphone. How about that!?

No. 2 – Quidditch Practice at the WB Studios Harry Potter Tour in London

It’s well-documented that I’m an unashamed Harry Potter geek (#Slytherin in the house), so though I was technically in London for WTM, my visit to the WB Harry Potter Studios in Leavesden was inevitable. What an unbelievably well-constructed exhibit! True Potter fans will want to stay for hours, no matter if you’ve spent weeks on end at Universal Orlando’s Wizarding World or not. It’s all unique, different and fun, and fans won’t regret going.

(p.s. I sure hope y’all are Harry Potter fans because I’m on the verge of HP mania in 2014. I can’t say much about it other than it’s going to be a banner year for the Boy Who lived, so strap on your Nimbus and get ready for a wild ride!)

No. 1 – Adventuring in Queensland, Australia

My longest jaunt this year was a return to Queensland, Australia. Home of the Best Job in the World contest that took over my life for a few months in 2009, I never thought I’d get to experience QLD quite like I dreamed I would when I was a top 50 finalist for the competition.

This year, much to my surprise, I was invited to sample the Sunshine State’s adventure offerings as a representative for AFAR magazine. What a glorious trip it was! Zip-lining, croc-spotting, koala-snuggling, Minjin-swinging, river-drift snorkeling, motorcycle-zooming, hot-air-ballooning, Great Barrier Reef-snorkeling and Iron Man-watching activities kept me invigorated and exhausted for my weeklong stay. Queensland really is all it’s cracked up to be and I can’t wait to get back!

As you can see, it’s been another wild travel year, one I never could’ve predicted or hoped for. Thank you for sticking with me since I began this journey on New Year’s Eve 2010.  I could not do what I do without your support so it means everything – even if it’s just a simple Tweet or a thumbs-up.

How to Explore Cappadocia, Turkey

How I Messed Up My First Visit to Berlin 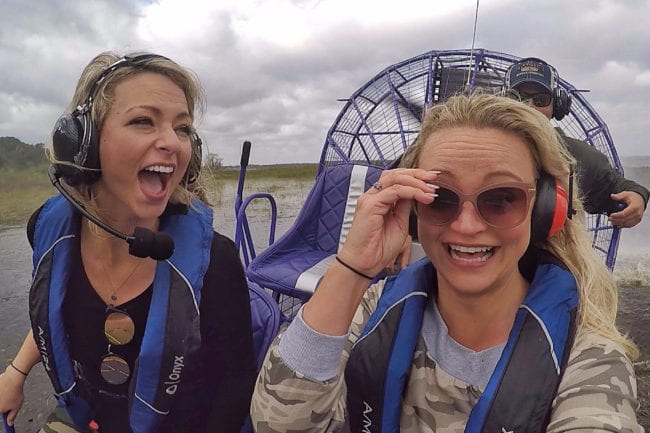 48 Hours in Orlando and Not a Theme Park in Sight