The more I see of Florida, the luckier I feel to live here.

My trip to Key West a few weeks ago solidified my heartwarming feelings toward my home state, and I didn’t even get to do everything I wanted while I was there! I focused on water-based adventure activities last time, so I think the next visit I’ll explore Hemingway’s home and other historic haunts. For now, here are some of my top picks for what to do in, on and under the water. 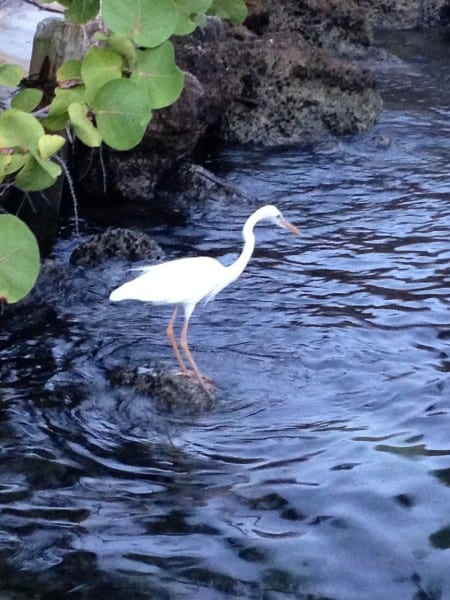 What to Do in Key West

This is a Key West tradition, and after a long day of driving from Jacksonville, Mallory Square was my first stop. The plaza hugs the waterfront along the Gulf of Mexico and serves as the disembarkation point for most cruise ships who port in Key West.

Every night, street performers, craftsmen and food carts arrive about two hours before sunset to start the party. While I can’t say I was bowled over by the street performers (maybe living in NYC made me a bit jaded?), I have to admit I got a kick out of the amazingly strange French cat guy. I can’t even describe the absurdity of his act, mostly because I didn’t understand what he was saying, but when you visit Mallory Square, you really must check him out.

Regardless of my thoughts on the performances, the institution of Mallory Square at sunset is one you shouldn’t ignore during a visit. You can grab a mojito, stroll along the waterfront and make friends with the artisans who peddle their wares. It’s definitely the best place in town to people watch. 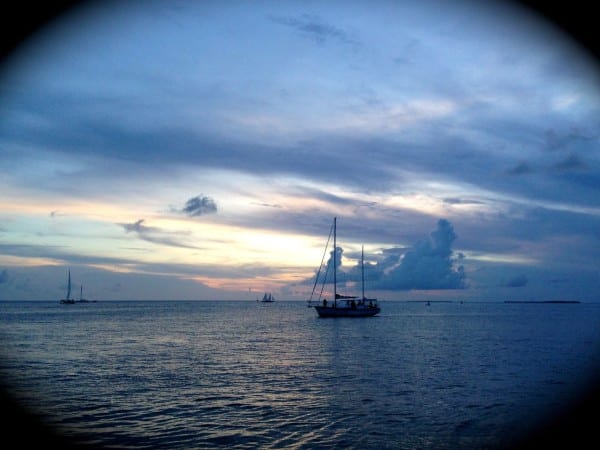 Oh yeah. And the sunset is pretty great, too, even on nights when the weather doesn’t cooperate.

Ever since I had my first SUP experience in Kauai’s Hanalei Bay last year, I’ve been itching to get back out on the water… and to buy a board to use at home. (Still awaiting that winning lottery ticket…)

Instead of hitting the waves, this time I explored the mangroves around Key West on a guided tour with Lazy Dog. 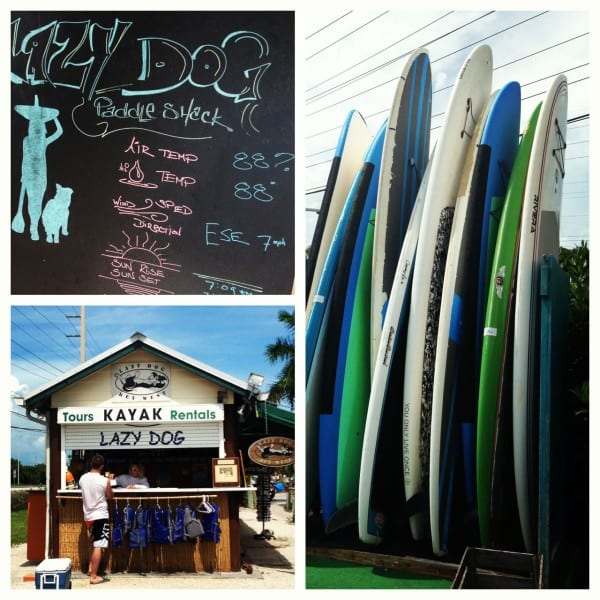 My arsenal of waterproof cameras seems to be out of whack at the moment, so I didn’t get to snap photos during the actual tour, which included 2 other couples in kayaks. It was tough at times to keep up with the more streamlined kayakers, especially when we hit open water and the wind was blowing directly at us. Still, our guide taught us all about non-stinging indigenous jellyfish, colorful sponges, manatee and turtle grass conservation and the unbelievable, hurricane-proof strength of the mangroves. It was exhausting, boiling hot and a total blast.

And after two hours of SUP, I definitely felt like I’d earned a plate (or two) of conch fritters!

You may notice a recurring theme in some of my activities, and that’s because sunset is the focal point of every single day in Key West. 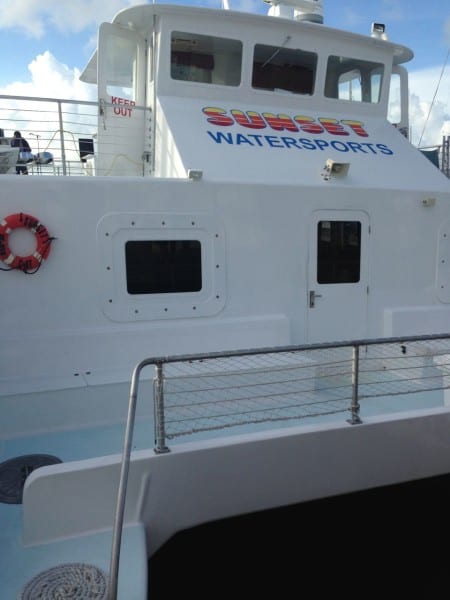 Now, boarding a catamaran with a bunch of strangers for a two hour jaunt isn’t necessarily a guaranteed good time, but with the right ingredients (primarily all-you-can-eat and all-you-can-drink ingredients), Sunset Watersports managed to make it a really fun evening. There’s a tasty buffet including grilled chicken, Caribbean roast pork and fried fish, plantains and black beans & rice, AND rum runners, margaritas, beer, wine and liquor are all included, too.

As you can imagine, between the unlimited drinks and the high energy steel drum performer on the breezy top deck, everyone was best friends before long and there was much hilarious dancing underway by the time we docked. 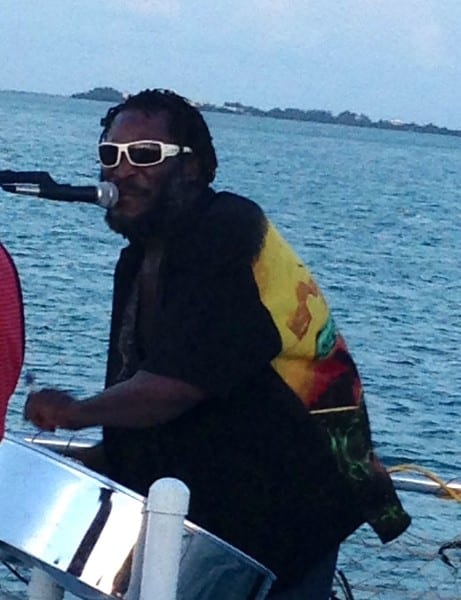 It doesn’t get much more self explanatory than that, does it? We hopped on one of Fury’s smaller boats with a handful of other couples and cruised around Key West in search of a few of about 300 residential dolphins. It wasn’t long until we spotted some, thanks to other boaters’ tips coming in over the radio. Lucky for us, they were quite frisky and we managed to see them everywhere we looked! 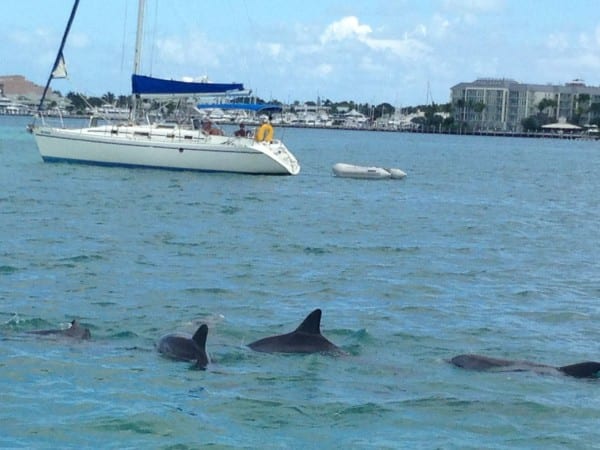 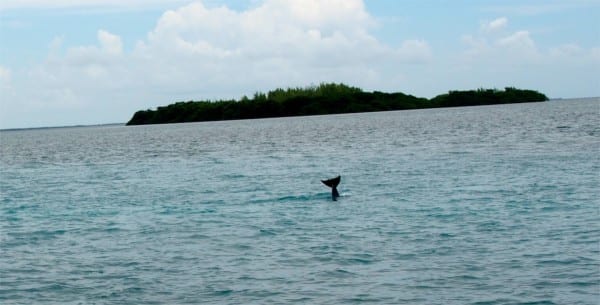 After about an hour cruising around in search of dolphins, and after learning just about everything one could possibly want to know about them, it was time to snorkel. The snork spot was pretty average as far as snorkeling goes; shallow, green water, with decent visibility and a good number of fish. And it was chock full of lobster! I must’ve seen a dozen in 45 minutes or so in the water. Needless to say, snorkeling made me pretty hungry…

There were also heaps of small grouper and permit, bright sponges and enough coral to keep me interested at least for a little while. I didn’t see any sharks, dolphins or rays while we were out there, so I can’t get too excited and declare it THE BEST EVER. But it was a nice little look at what Key West has to offer an underwater enthusiast. 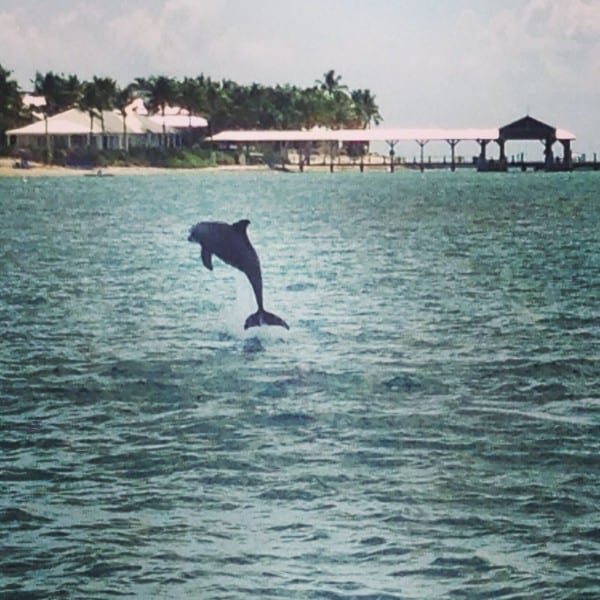 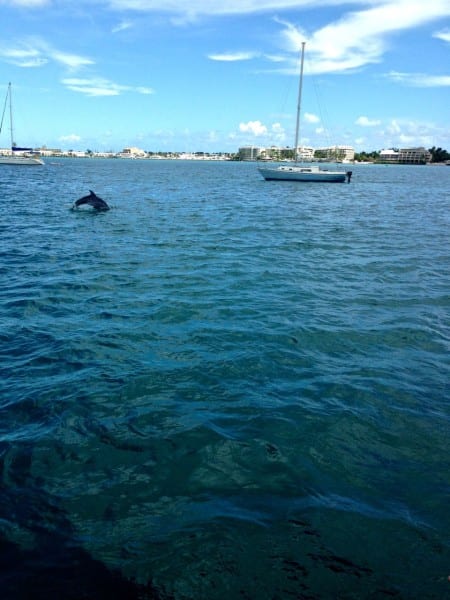 My biggest regret from last week was forgetting to take a photo at the Southernmost Point of the Continental US marker indicating it’s 90 miles to Cuba. The schedule was just so full of fun stuff, I never made it down there.

4 thoughts on “Nearly Caribbean: What to do with 48 Hours in Key West”