After a long, sunny week road-tripping around the Dominican Republic, I feel like I’ve barely scratched the surface of this multifaceted, diverse and complex Caribbean island. And I have discovered a new fascination with 500-year-old colonial cities (Blame it on growing up a stone’s throw from St. Augustine!). Santo Domingo was such a surprise, I can’t wait to get back and explore it in more depth.

If you’re heading to the eastern half of Hispaniola any time soon, check out my quick reference glossary below for some words that might help you understand the culture and heritage of one of the most popular Caribbean destinations.

Dominican Republic Language – 6 words to know before you go! 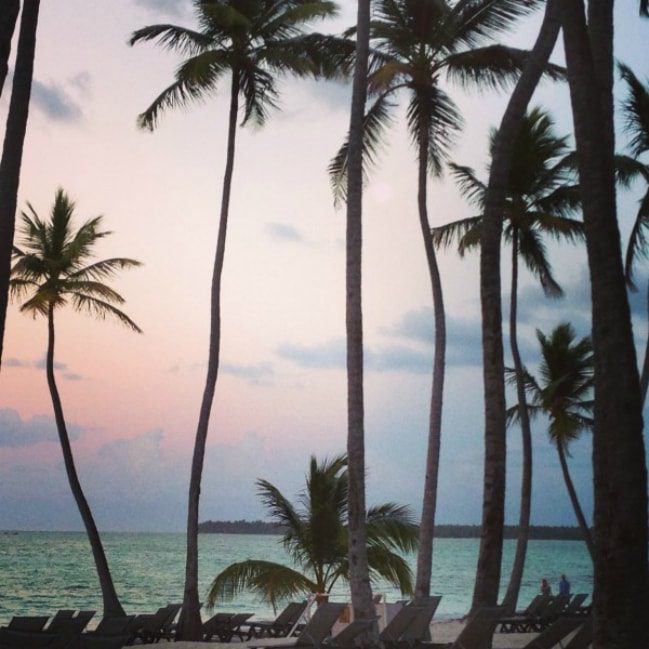 Though there are no Taíno Indians left in the Dominican Republic (the statistics of how rapidly the native population declined post-European invasion are astounding), they stuck around long enough and left enough clues about their culture to leave a lasting legacy on the island. Cave drawings in Los Haitises National Park show us what they ate and what they believed in; and pottery shows us how they lived their daily lives, and what traditions were important to their society. 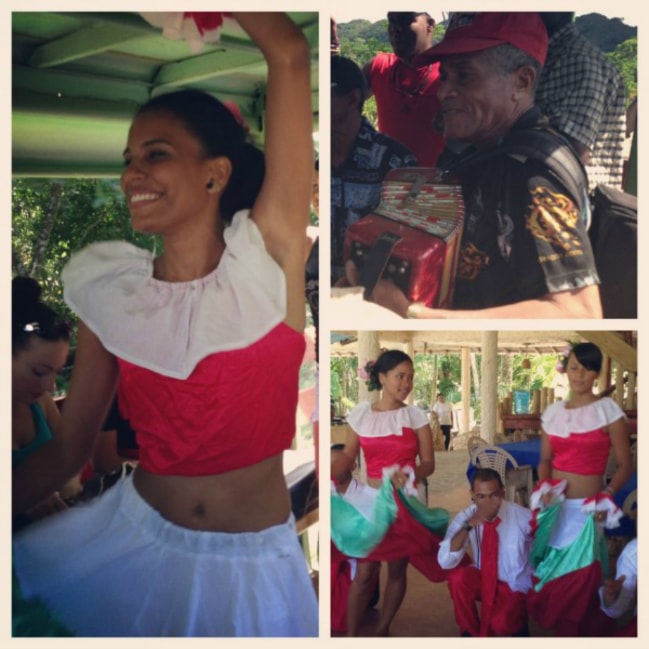 While the Tainos disappeared around 70 years after the Spanish arrived, Dominicans today are proud to identify as mixed race – a combo of European and African heritage, plus a variety of other ancestral lineage depending on the family. It’s refreshing to see how Dominicans take such great pride in their diversity. In Santo Domingo, my guide Octavio said this of Dominicans,

We may be mixed, but when we get together, we all dance to the same songs. 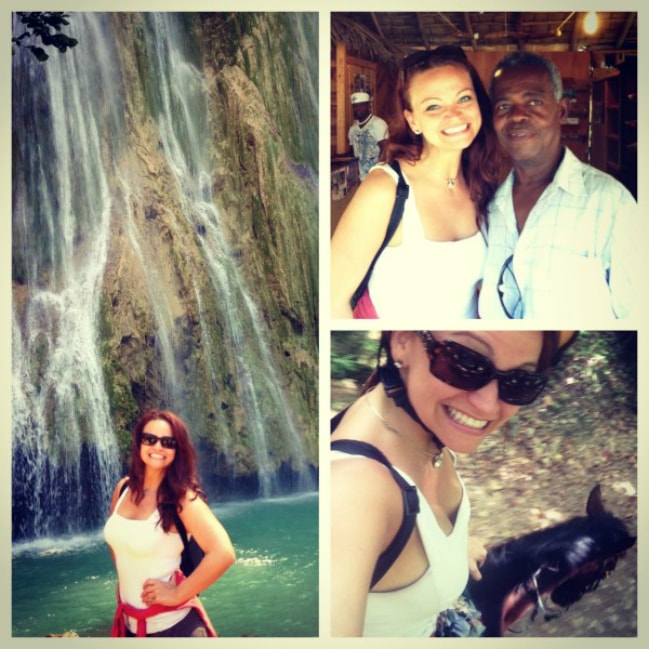 Christopher Columbus and the Niña, Pinta & Santa Maria made historic landfall on Hispaniola on behalf of the Spanish in 1492, but his memory isn’t as revered here as one might expect. In the Dominican Republic, there are whispers of a curse when Columbus’ name is uttered. In the research I’ve done on Columbus since my trip, I’ve learned that the founder of the West Indies wasn’t so nice as the history books would have us believe.

He was many things – a tyrant, a rapist, a brutal torturer – so it’s little wonder his name is uttered with such disgust on the island he discovered and exploited for his own glory. Essentially, he’s the Lord Voldemort of the Caribbean, and if you inadvertently say  the ‘C’ word – beware! You might just bring fabled fukú upon yourself…

My intrepid guide from Tequia Experiences – the inimitable Waldo Tejada – explains fukú like this:

Fukú refers to a thing or a person that has been jinxed or cursed. Many times during my life I have believed that I may have had a fukú.  Right after graduating college I really believed “que me había caido un Fukú.” I was unemployed for almost a year and went on a couple of job interviews daily and concluded the “annus horribilis” with more than a couple of thousands sent resumes and homeless. Eventually having to perform the most famous Dominican fukú cleansing ritual: moving to a different country.

When asked by travelers about the meaning of the word (made famous now by Junot Díaz’s book “The Brief Wondrous Life of Oscar Wao”) I say that it is the perfect blend of bad luck mixed with mayhem that one could fall into or get thrown at by the biggest sorcerer: life. 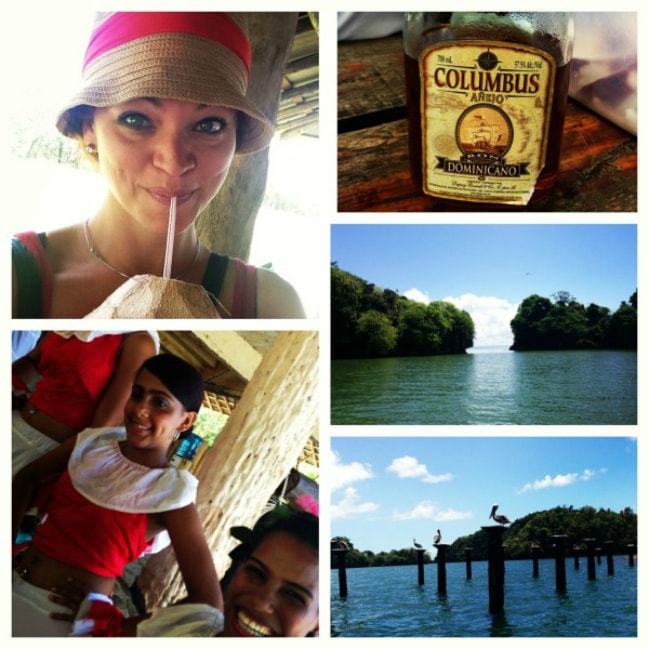 Not to be confused with marijuana… Mamajuana is a must-try Dominican concoction of rum, red wine and honey soaked with tree bark and local herbs. Native Taino Indians used to imbibe the herbal drink sans alcohol as a medicinal tonic of sorts. That shady Columbus added the booze in the late 1400s and the rest is history.

Mamajuana is usually served at room temperature in a shot glass. In the DR, you can either buy a do-it-yourself version, where you take the herbs & bark home and pour your own booze over, or there are ready-made varieties you can pick up at the airport. Once the liquid is gone, you can reuse the already soaked bark and herbs again and again by re-adding wine, rum and honey.

There’s nothing like it anywhere else in the world – it’s distinctively Dominican! 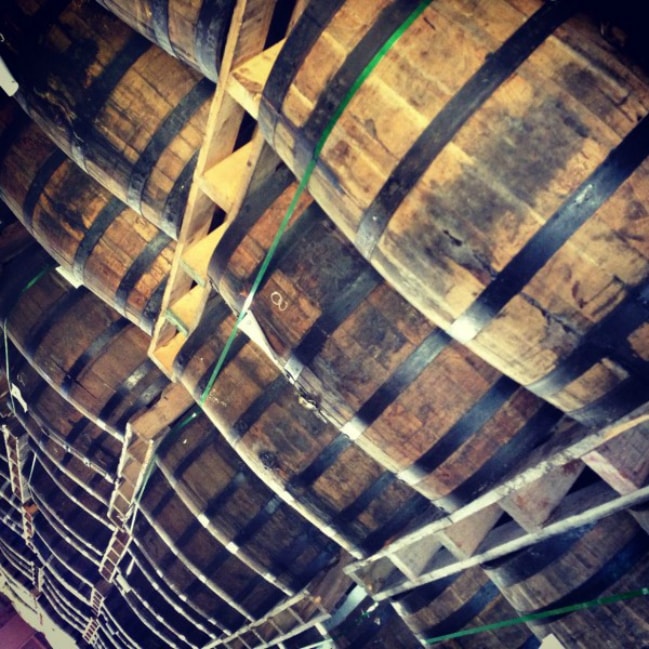 I’m running the risk of giving you the impression that all I did in the DR was drink! Rest assured, In real life, I was sober as a judge the whole time, but I did taste everything placed before me, including the best local liquid delicacies. A few days after Mamajuana sipping in El Salto del Limón, I found myself at the famous Ron Barceló Historical Center in San Pedro de Macoris.

To clear up any confusion, there’s no man named Ron Barceló!

Ron is the Spanish word for rum, thus Ron Barceló is the famous, smooth, surprisingly delicious Dominican rum. At the historical center, you can take a gander through the museum and learn about the history of rum in the DR, and you can see how it’s made from sugar cane to distillery to barrel storage. And at the end, you can taste some of the finest rums the Dominican has to offer… 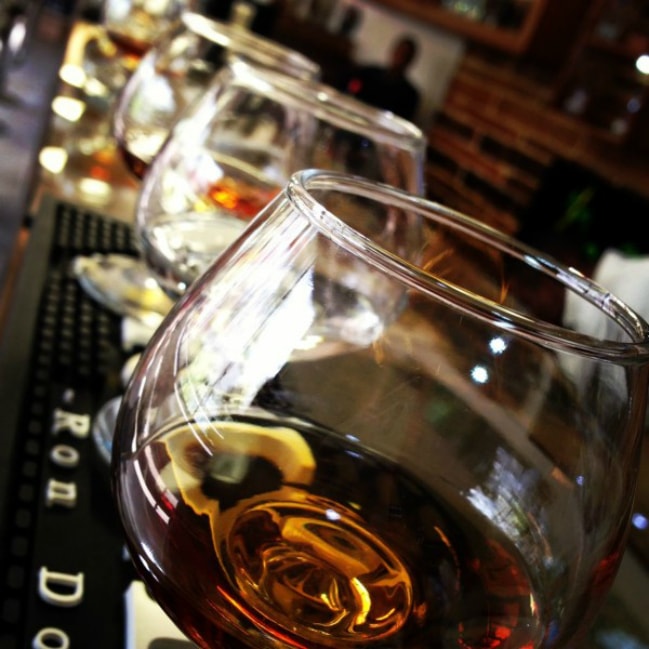 After all that Mamajuana and Barcelo, it makes sense that one of the last dishes I experienced in the Dominican Republic was the national dish – Sancocho, a.k.a. hangover soup! Made with all sorts of meats, potatoes and veggies, it’s often eaten late at night post-reveling. I had some one evening in Santo Domingo and was surprised at just how much I liked it (especially considering I’d been on a 4 restaurant food tour and could hardly manage another bite!).

Whether Sancocho cures hangovers or not, I can’t say. All I know is it’s delicioso! 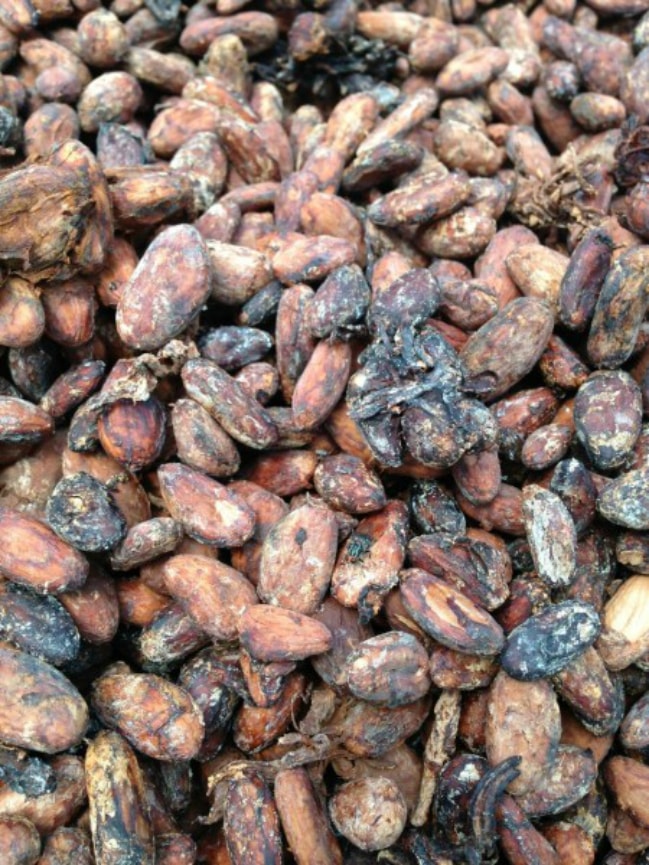 The Dominican Republic may have flourished initially under the sugar cane empire, but today the cacao/cocoa bean is one of the most highly prized exports. Did you know the DR exports more organic cocoa around the world than any other country?

You can buy Dominican chocolate all over the place – just check the label. Doing so supports a sustainable local economy via conacados, cooperatives established to help local farmers get their delicious organic beans processed and exported around the world.

It’s an easy way to make a big difference in the lives of hardworking Dominican farmers! 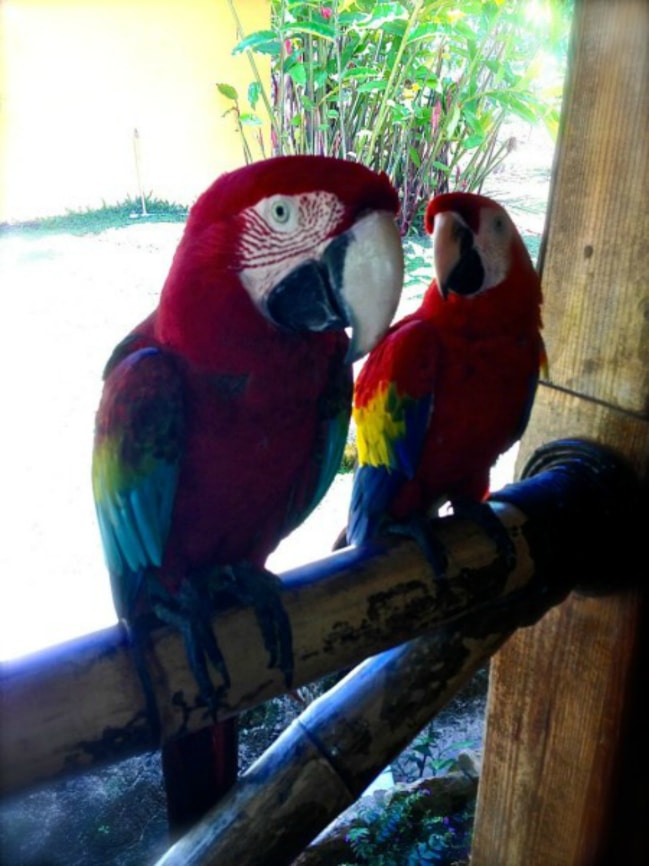 Now that you’ve learned all about cacao, fukú, mamajuana, Ron Barceló, sancocho and the Taíno Indians, you’re ready to throw a couple swimsuits in a bag and make your way to the Dominican Republic yourself.

And stay tuned, I have many more posts featuring the gorgeous beaches, jungles, waterfalls and colonial goodness to come. In the meantime, check out my DR album on Facebook and some initial Highlights on AFAR.com.

And watch out for fukú!

Special thanks to the folks at Tequia Experiences and the Dominican Republic’s Ministry of Tourism for organizing the trip and explaining many of the nuances of traveling to the DR. All opinions, as always, are my own.

13 thoughts on “The Dominican Republic in 6 Words”