If you could see my face right now, and I’ll spare you the visual, you might say that I look a bit like I’ve been through a storm.

Like so many people in the South and the Caribbean this year, hurricanes are a reality we’re dealing with right now. Irma got us good. My parents’ house flooded, as did 1,200 others in their town. I read 10,000 more homes in Jacksonville were damaged. More about that in a minute.

In the past 90 days, I spent 17 nights in hotels, took 9 flights, visited 8 states and saw one absolutely magnificent solar eclipse. I hung out with Darius Rucker and Little Big Town at the Grand Ole Opry, had a dance party in Central Park with Stevie Wonder, The Lumineers and Green Day, and karaoke’d in New Orleans. I spent time with so many of my nearest and dearest pals while I was on the road at I time when I really needed it.

And yes, we weathered another hurricane, the 2nd in less than a year.

**A programming note: since I’m sending out monthly updates via newsletter these days, in January, April, July & October, when Reflections from the Road publishes, I’ll be giving out exclusive travel gear to readers who are subscribed. Be sure to sign up so you can get in on the goodies! ** 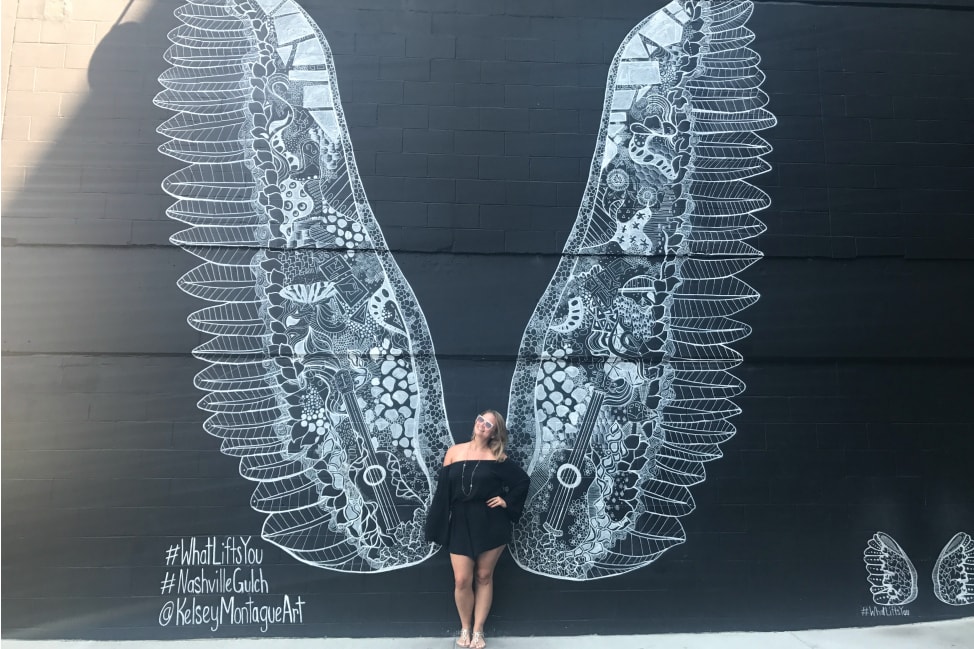 Well, it is my job. So there’s that. In the short time since my last update, I’ve been to New Orleans, Atlanta, Chattanooga, Nashville, the Smoky Mountains, Asheville, Washington, D.C. and New York City. The first quarter was pretty slow this year, so I’m happy to say I crammed in about 6 months worth of work into August alone. It’s been nuts, but a welcome boon. (Well, it will be welcome if I ever get paid for all that work!)

Did you hear the news? My sister joined the Angie Away team and we’ve been crushing work ever since. It’s only been a couple of months and I don’t know how I ever worked without her. (Oh yes I do. I just did half as much!) Keep your eyes open for new announcements, videos and exciting projects now that she’s here to help me bring the big stuff to fruition. 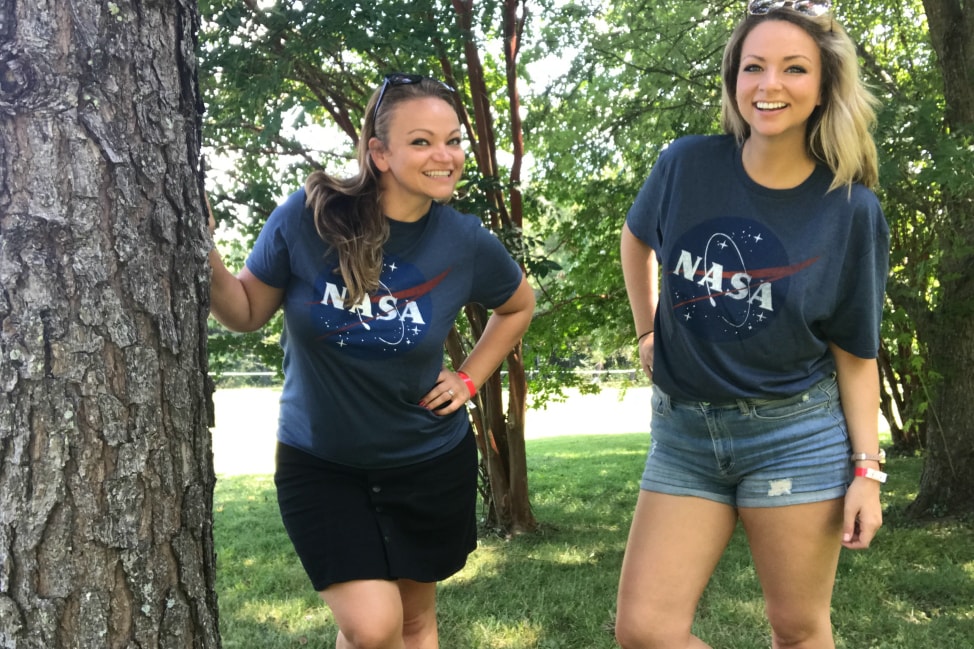 A few years ago I was invited to the White House for a travel blogger summit. I just returned from NYC for the 2nd iteration of the group, an effort to promote study abroad programs for American students. On top of it being a fun chance to hang with old friends and make new ones, I won two Upperclass tickets on Virgin Atlantic to London. UM, cheerio, y’all! I’m off to see the Queen! (Now who wants to go with me? I think Rick, Rachel and Hodgie might take each other out clawing for that 2nd seat, so I might have an opening.) 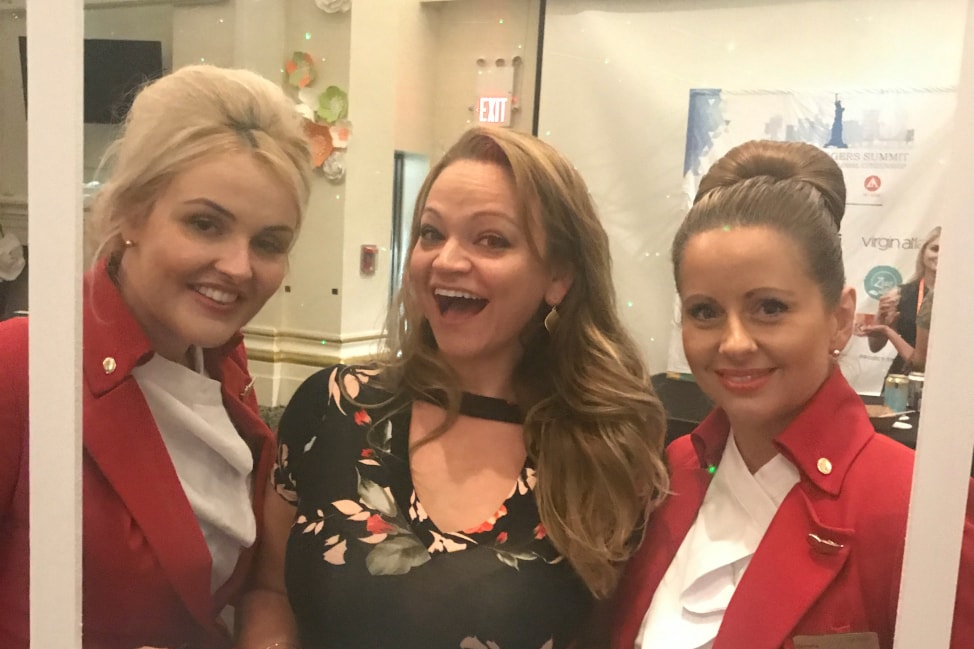 I don’t have to tell you how destructive and scary this hurricane season has been. Harvey, Irma and Maria are household names now, having torn through Texas, the Caribbean and Florida with a force you just can’t prepare for. No sooner had I sent a ton of supplies to Houston with my church than I had to go buy all the same stuff as Irma headed our way.

Jacksonville got walloped – absolutely walloped. Trees down, power out and historic flooding, the likes of which we’ve never seen.

Matthew was a mess. Irma was a disaster. (And barely a Category 1.) 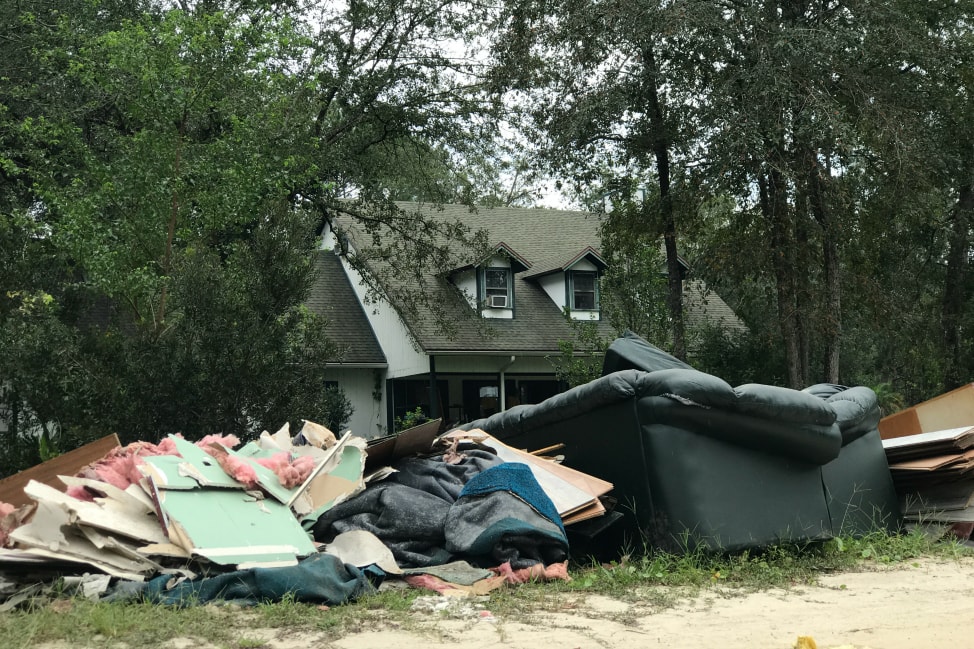 My parents’ house had less than 2 feet of water in it. We’ve learned that it doesn’t matter much if it’s two feet or six or ten – everything is ruined either way.

Still, we know God is good. He is not surprised by the hurricanes, the damage, the brokenness, the abandonment.

And we made out better than many. Even the neighbors who literally lost everything in the flood know that it’s just stuff. We’re all just figuring out how to cry and ask for help, all the while knowing that there’s always someone else who has it worse. It’s an odd feeling to be both sad and grateful.

Lots of folks asked how to help rebuild the house, so I made a GoFundMe. BUT, there are millions of people who need help more, so please know it doesn’t matter a lick to me where you give as long as you give.

WHO’S IN YOUR CORNER

Natural disasters, illness and the reality of an imperfect life will shine a light on who’s really in your corner more than anything else. There are way more friends around when you have lots to give, but it’s interesting to see who’s still standing when the creek rises and you need a hand.

I drove up to Mom’s house one morning after Irma to find a dozen volunteers from church and Hope Force International helping her tear out all the water damaged floors and walls. Real talk, we had more strangers jumping in to help than family & friends!

I’ve been that stranger helping out before, but I never thought I’d be in a position where people we didn’t even know would be volunteering to support us because we couldn’t get by on our own. It’s humbling in a way I can hardly grasp. It still makes me cry. 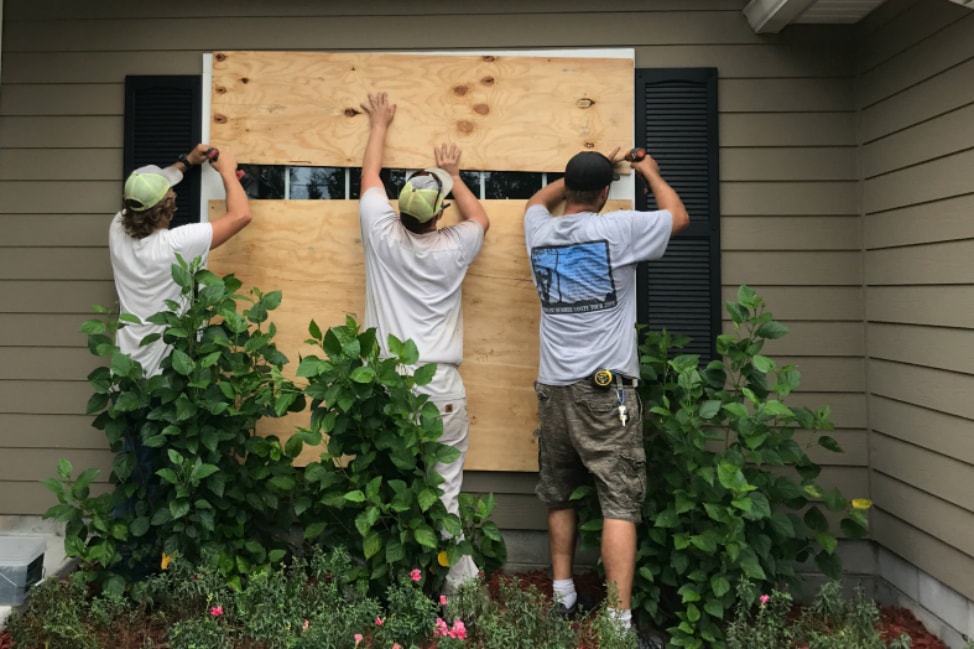 Rick and I planned to keep 6 weeks in September and October open so we could finally take our foster care classes. We took the first gut-wrenching one and then Irma showed up and wrecked everything. Before she’d even left town, Rick was out working the first of seven 17-hour shifts in a row. He’s still working late nights, weekends and overtime to get Jacksonville back to normal.

Ultimately, Irma caused us to miss two weeks of class, and they’re tacking on an extra couple of weeks at the end to make up for everything. But you guessed it, I’m already scheduled to be back on the road by then.

People keep asking me if I think this means we should give up on this whole foster kid thing. Maybe it’s not the right time? Honestly, I don’t know how we are going to make it work. Seems like if we can’t string together 6 consecutive weeks to take a class, it’s going to be darn near impossible to wrangle kids into that life. But we are sure going to try. Even if it means we’ll have to wait a bit longer. 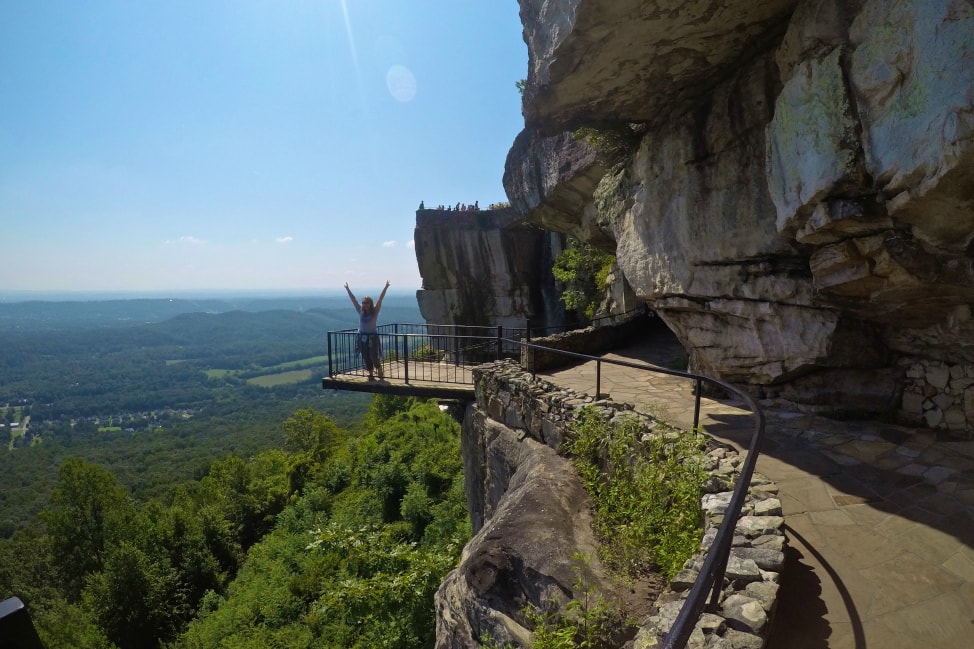 WE REALLY DID IT

There was one particularly sweet moment in the midst of all the craziness of the last 90 days. Anytime I’m in NYC, I see my former college/Hell’s Kitchen roommate Erin. More than a decade after we moved there to figure out life after college, she’s entering a new season and moving to a new state.

We stood in Midtown Manhattan, where so many of our adventures started, and reminisced about how far we’ve come. We spent years wrestling with what we wanted out of life, how to get it — and even, regrettably, with each other. As she plans her next adventure, it was a perfect full circle moment for us to stop and remember that we have already faced times of uncertainty, when we didn’t know what we were going to do next. Or where to work. Or how to pay rent. Or who to date. Or if we’d ever get to a point where it would get easier.

But, we did it. We made it through the gauntlet of being a twenty-something in the 21st century in NYC. Our plans at 19, 21, 25 – they have not exactly worked out how we thought they would. And yet, we ended up exactly where we were meant to be, all these years later. Hugging each other on a Manhattan street corner!

I needed that sweet moment of remembering God’s faithfulness in the midst of life’s latest trials. Whatever comes our way, He is not surprised.

This is the part where I tell you all about my plans for the next 90 days. And then in 90 days, right on schedule, I’ll just tell you how everything I had on the agenda went to H-E-double hockeysticks for one reason or another. For now, God-willing, I have three travel campaigns, a vacation with my overworked sweetheart, a speech, two PR client events, several more foster care classes to finish and a birthday. What fresh speedbumps will we find on the way to the next edition? 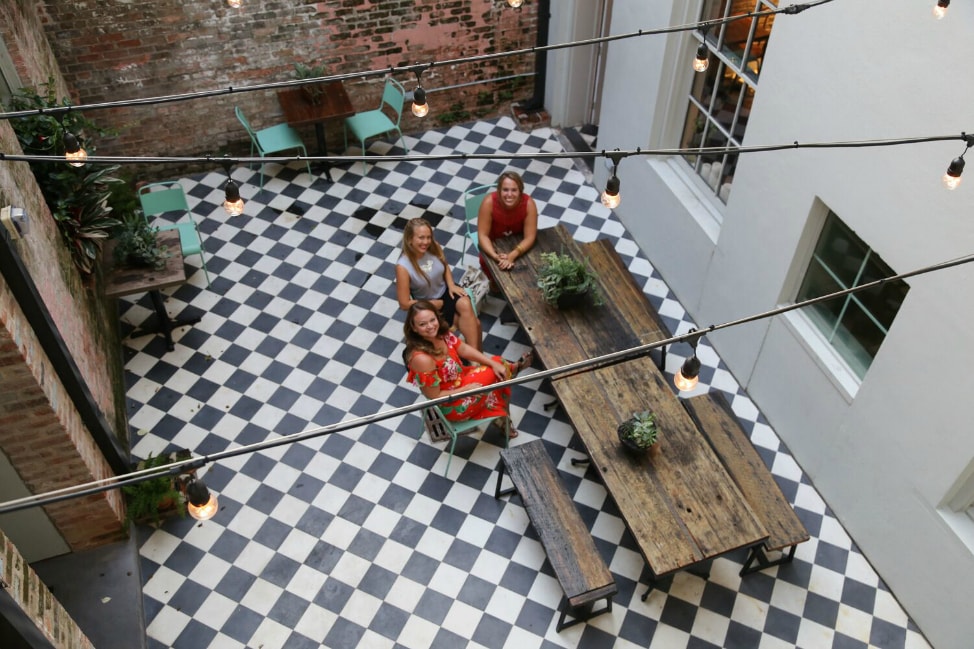 My plan is to finish all the projects that have taken a backseat to emergencies and disasters in Q3. Between all the campaigns, trips, space phenomena, hurricanes, etc., my book has ceased to be a priority. And we were supposed to finish the deck, remodel my office and get the kids’ bedrooms ready by the end of summer… so you know, we’re only a whole season late to that party. I’m going to attack all these outstanding projects with renewed vigor in this last quarter of 2017.

So that’s it. Kind of a lot going on, eh? How about you? The next edition of Reflections from the Road will take place in 2018 – see you on the other side!

Tell me something good! Where are you off to next?