Would you believe I spent the majority of my life living in Florida and have never really experienced a full-blown hurricane? Tropical storms and depressions, sure, those have come and gone, but never an actual hurricane. How can that be?

While the National Hurricane Center estimates that 40 percent of all hurricanes that arrive in the United States hit Florida, Jacksonville’s geography tends to deflect storms from our coast. The only direct hit in living memory was Hurricane Dora in 1964, and to hear folks talk, she was a doozy. With hurricane force winds for 15 hours, Dora wiped out the Ferris wheel and boardwalk at Jacksonville Beach, flooded Downtown and washed homes out to sea. People did not forget Dora’s devastation.

“If a direct landfall occurs, this will be unlike any hurricane in modern era,” a spokesman at the National Oceanic and Atmospheric Administration (NOAA) said.

When NOAA and our local meteorologists began to suspect that Hurricane Matthew, a growing monster tearing through the Caribbean and heading our way, could be worse than Dora, Jaxons perked up. When the experts started reaching further into the past, pointing to a storm in 1898 as the last one that could compare to Matthew’s Category 4 winds and epic storm surge, the bread, water, batteries and canned goods flew off the shelves.

Need a handy Hurricane Supply List to bookmark for next time? I’ve got you covered!

We boarded up, many evacuated and we waited… 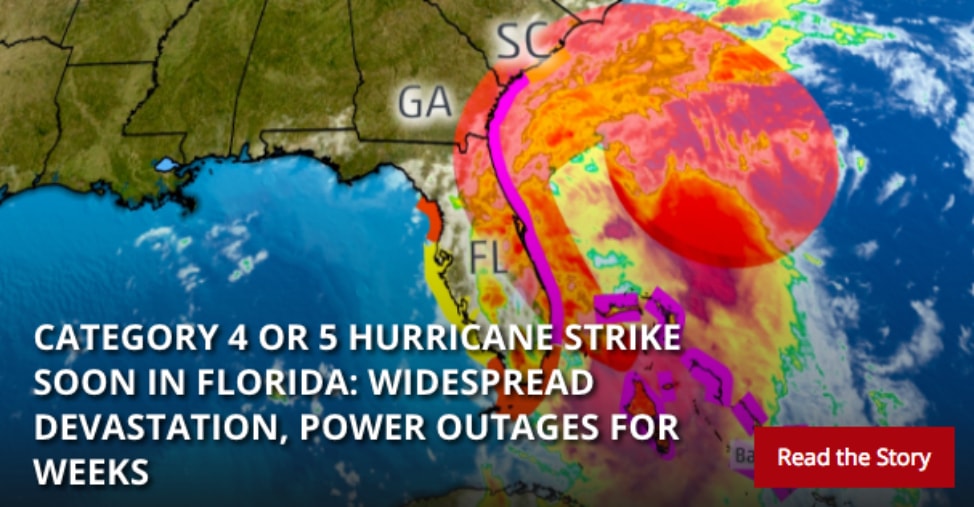 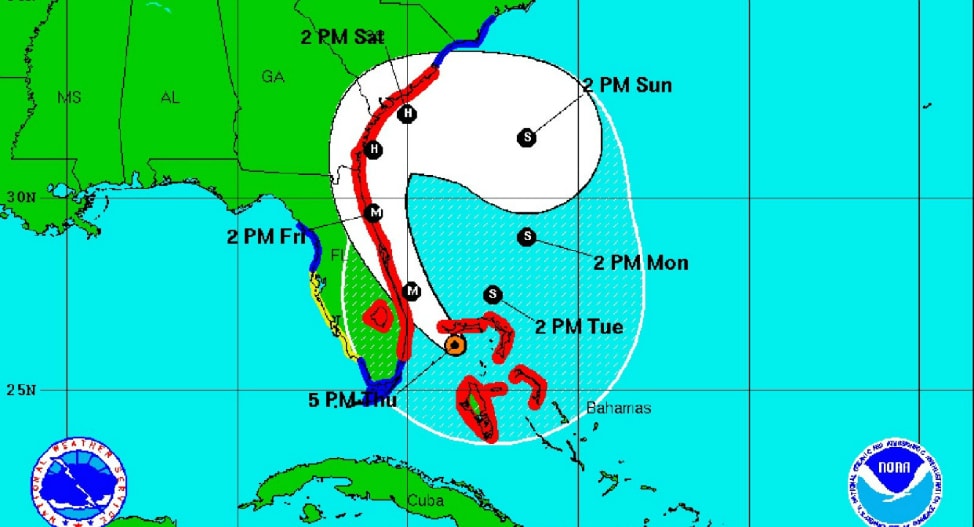 Of course as I hunkered down in my house during the height of the storm, I thought, as I always do in scary situations, “If I live through this, it’ll make a great blog about lessons learned!”

1. I will never ride out a hurricane again.

I actually know better than to stick around for a major hurricane. Even though I haven’t lived through a storm myself, I did disaster relief for Hurricane Hugo and Hurricane Andrew as a wee little volunteer. I’ve seen the worst of the worst when it comes to damage – yachts on top of houses, signs, power poles and trees shot into windows like spears, power out for months, entire neighborhoods obliterated. Experiencing that devastation at a young age made an impression on me. 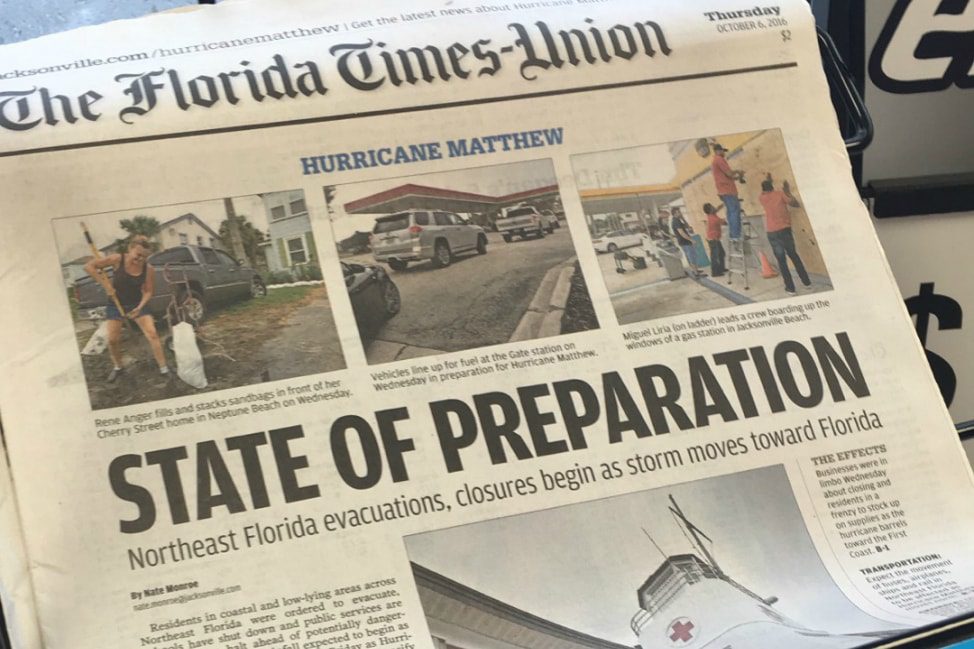 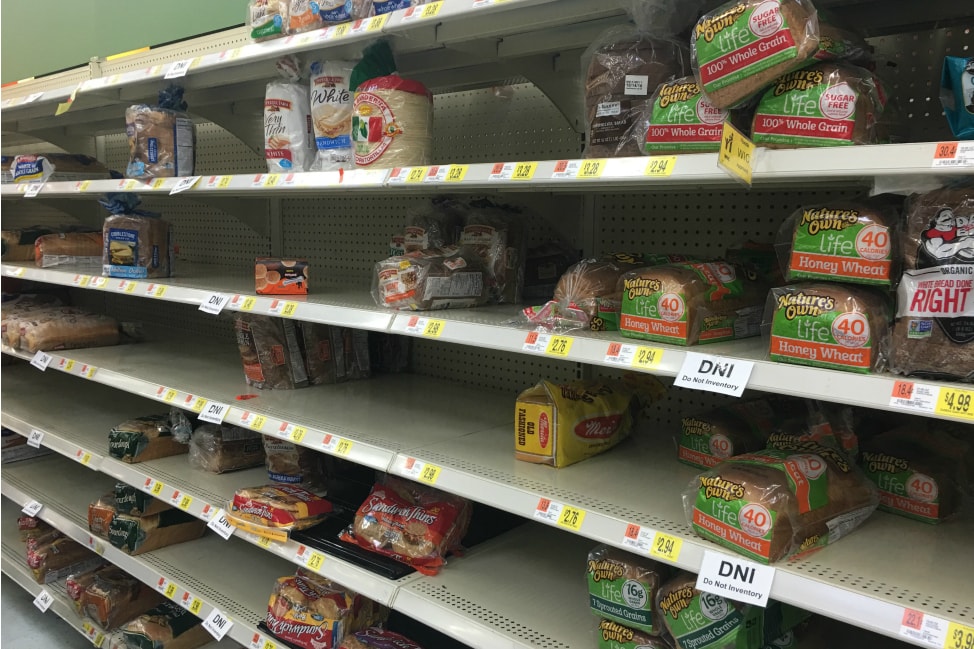 But then I got married. My husband is a tree surgeon on contract with the power company, so he goes into the storm instead of away from it. And I wasn’t about to leave town not knowing when I’d be able to get back to Bae if the forecast was as bad as we thought it might be.

I figured as long as Hurricane Matthew wasn’t a direct hit, I’d probably be alright nine miles inland. But had the storm not wobbled 20 miles to the east and weakened at the last minute, the devastation would have been unimaginable.

What was I thinking staying here for that? 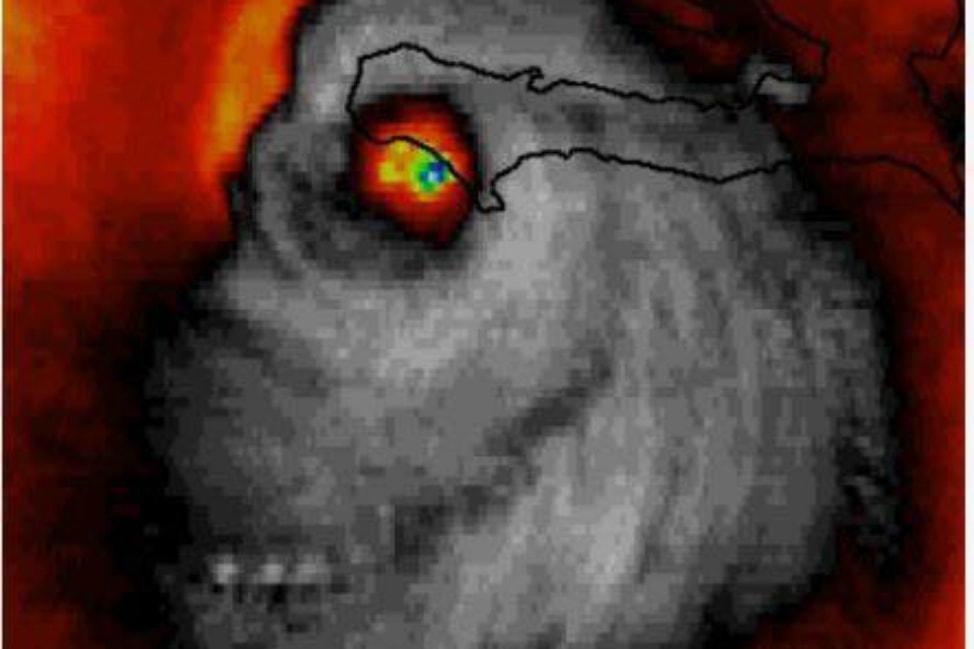 Once the power went out and Rick had to leave for work at the height of the storm, I pulled the air mattress into the kitchen in the center of the house, lit some candles and prayed, promising I’d never stick around for a storm again.

2. There’s no such thing as a minor hurricane.

People say, “Oh, it’s only a Category 2.” That is some crazy, backwards, get-yourself-killed hooey. Even though Matthew didn’t turn out to be as devastating as he could’ve been for most of Jacksonville (he absolutely was in Haiti, Vilano Beach & St. Augustine, S. Georgia, South Carolina & North Carolina), we still got walloped worse than I’ve ever seen in these parts. 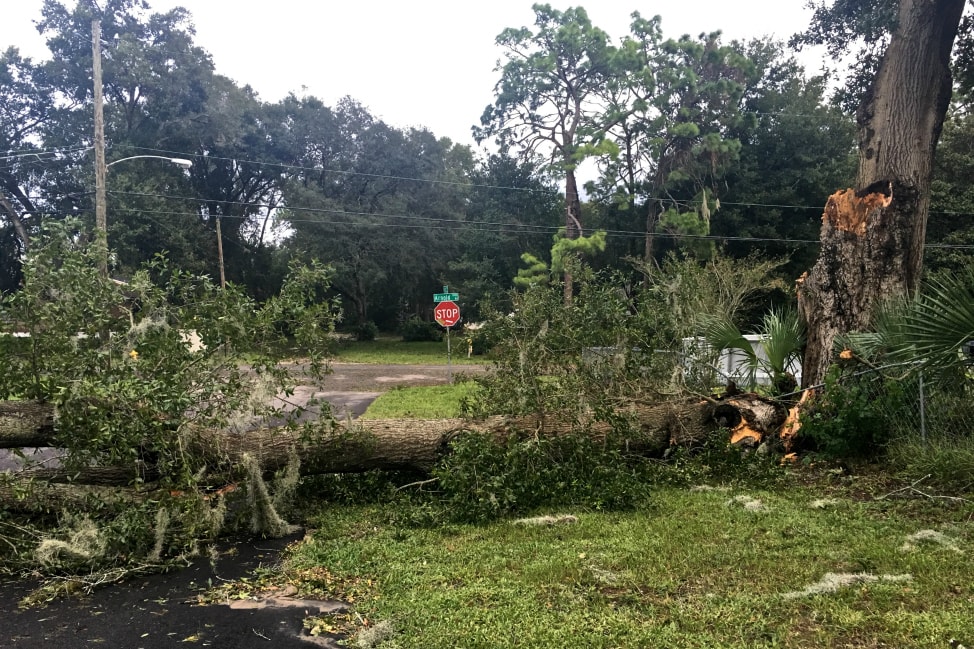 To put this in perspective, at my place about 9 miles from the coast, our strongest recorded gusts were 70 mph. THAT’S NOT EVEN HURRICANE FORCE, y’all. We could’ve had 130 mph sustained winds inland had Matthew come ashore. Can you imagine what this place would look like if that had happened? 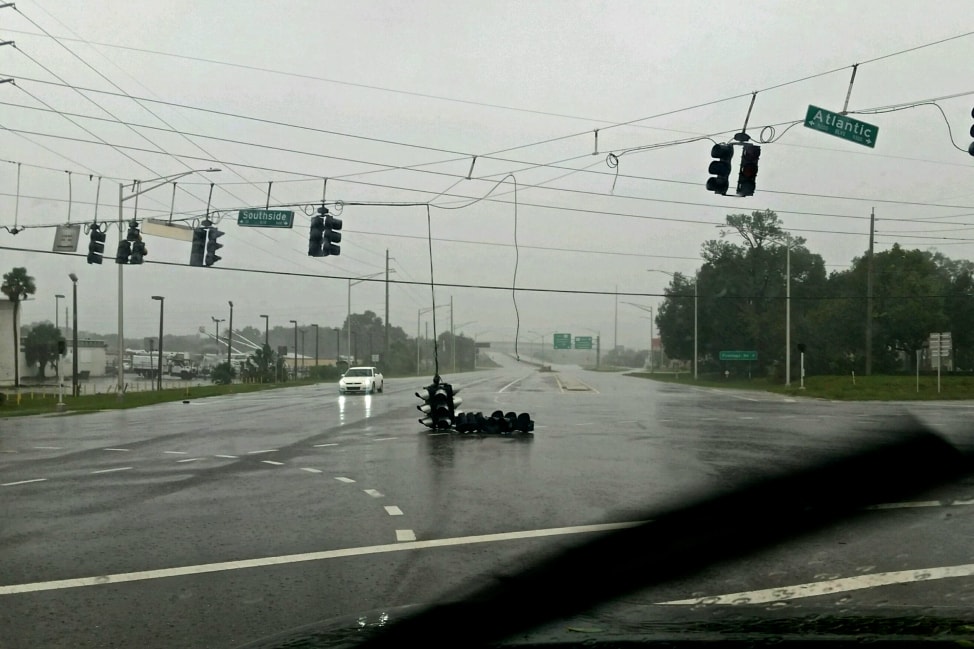 With “only a Category 2, and not even a direct hit,” I watched an oak tree smash into my neighbor’s house, breaching the roof and hitting them with branches inside where they were hunkered down. Docks in my aunt’s neighborhood along the St. Johns River are destroyed. Another oak tree at my grandparents’ house landed on their neighbor’s roof, doing thousands of dollars in damage. The nearest street light to my house smashed into the intersection. 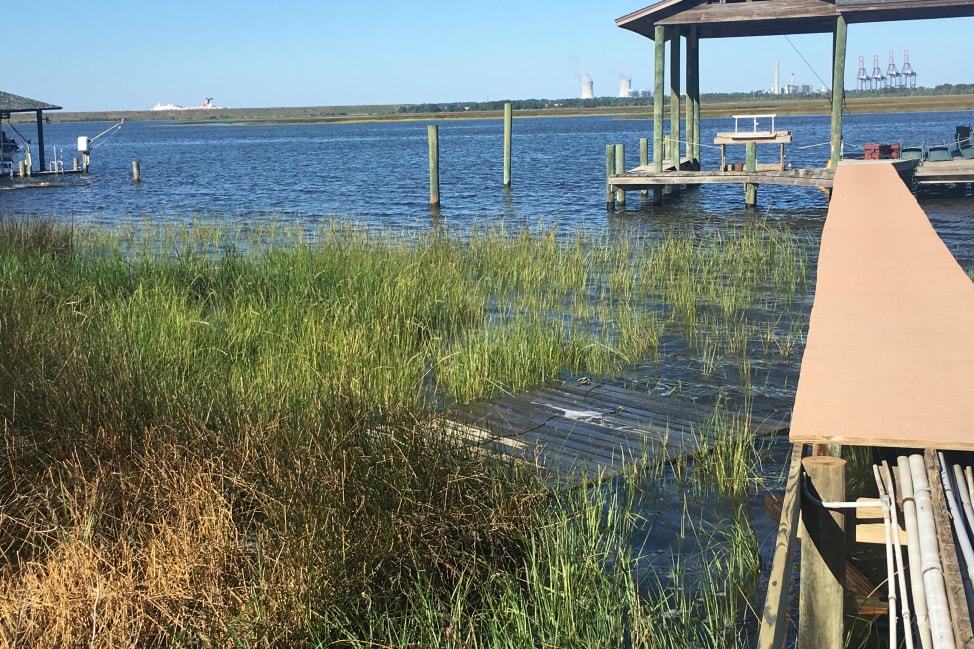 Signs are down all over town. On my street alone, there are dozens of fallen trees and at least 10 on top of homes within a couple of blocks. Reports say the city has had to remove more than 600 trees that were blocking roads. And every street & neighborhood I’ve seen is the same, from Neptune Beach to Southside to Fort Caroline to Mandarin to Middleburg. 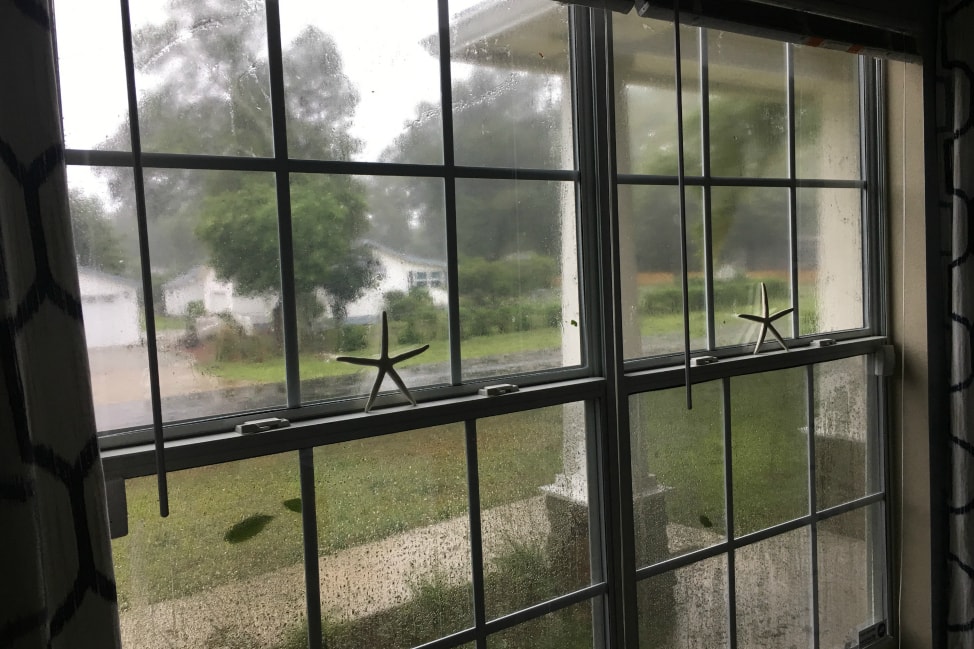 I watched live as the ocean breached the dunes and flowed into the beach communities, washed away parts of A1A and trapped people who didn’t evacuate in St. Augustine. More than 350 feet of the Jacksonville Beach Pier is lost to the ocean, as are many of the beach access walkways.

Sure, it wasn’t as bad as it could’ve been, but this was not minor.

It wasn’t exactly a dodged bullet in Jacksonville; it was just a bb instead of a bazooka. 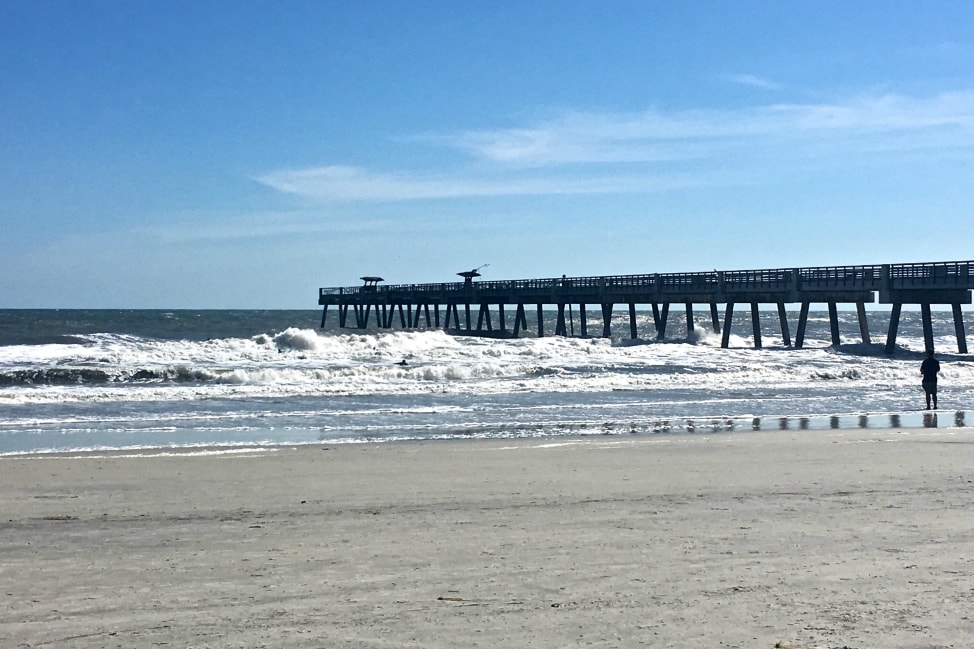 The wind in the big scary oak tree behind my house roared so loudly, my skin tingled every time a gust came through. This went on for hours and hours. I just knew the tree was going to come down and smash us to bits. Pinecones flew into the side of the house like missiles. There are still branches sticking out of the ground in the backyard that look like they were shot out of a cannon.

Listening to debris flying into my house while sitting alone in the pitch dark was one of the scariest things I’ve ever experienced. 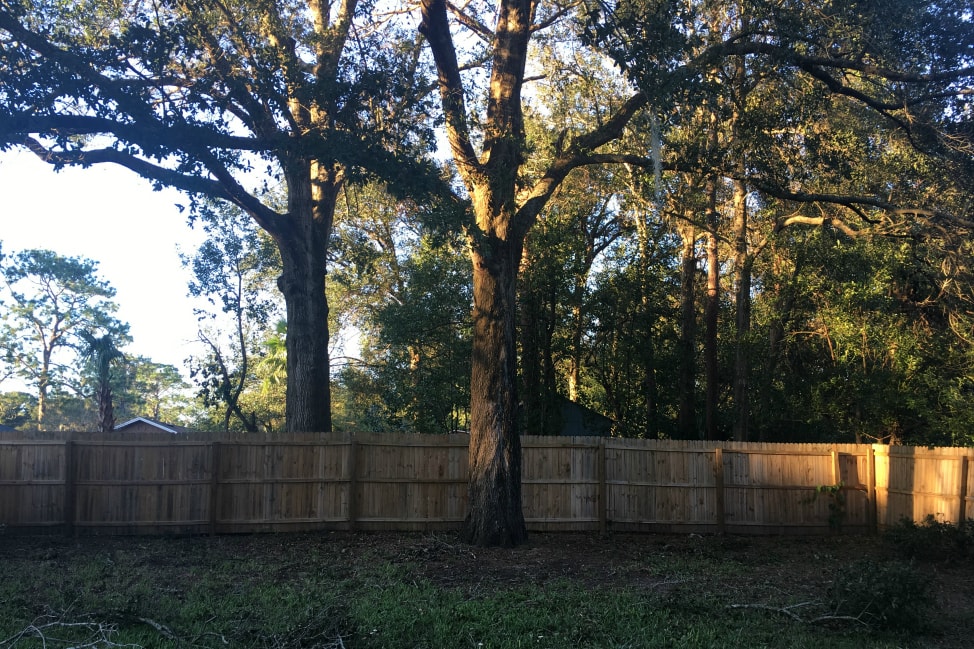 4. Evacuate if you’re told to, and maybe even if you’re not.

We were not in an evacuation zone and I was scared to death during the storm, so I can’t imagine how much worse it would’ve been during Hurricane Matthew if I lived out at the beach or on one of the barrier islands where the winds were so much stronger and the ocean destroyed the dunes and flowed into the beach communities. 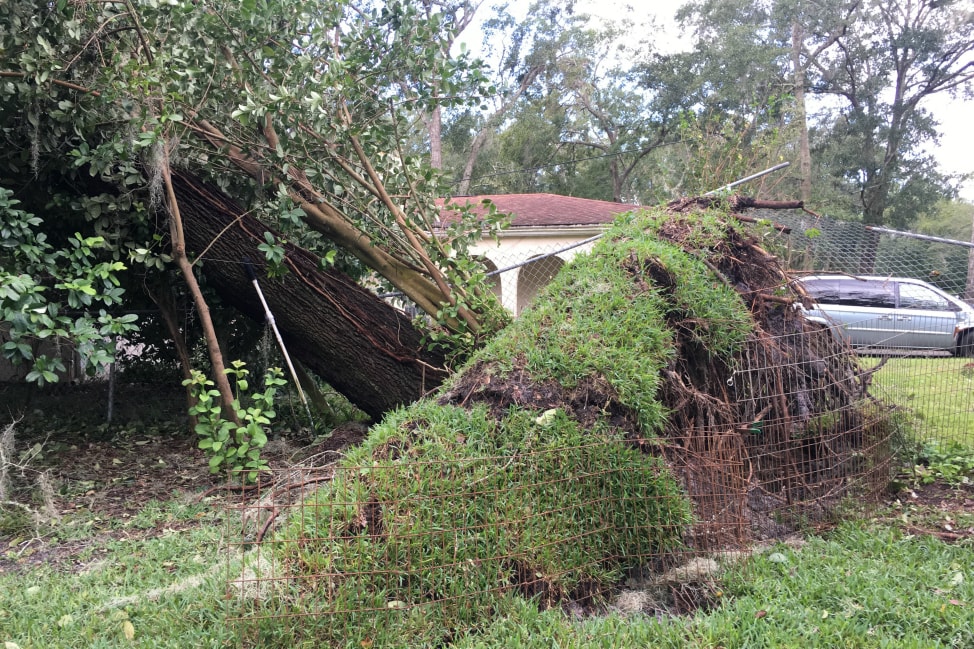 Due to the expected storm surge of 5’-8’, Mayor Curry ordered an evacuation for the beaches, all those who live in low-lying areas and folks in mobile homes. Some listened and some selfishly didn’t. 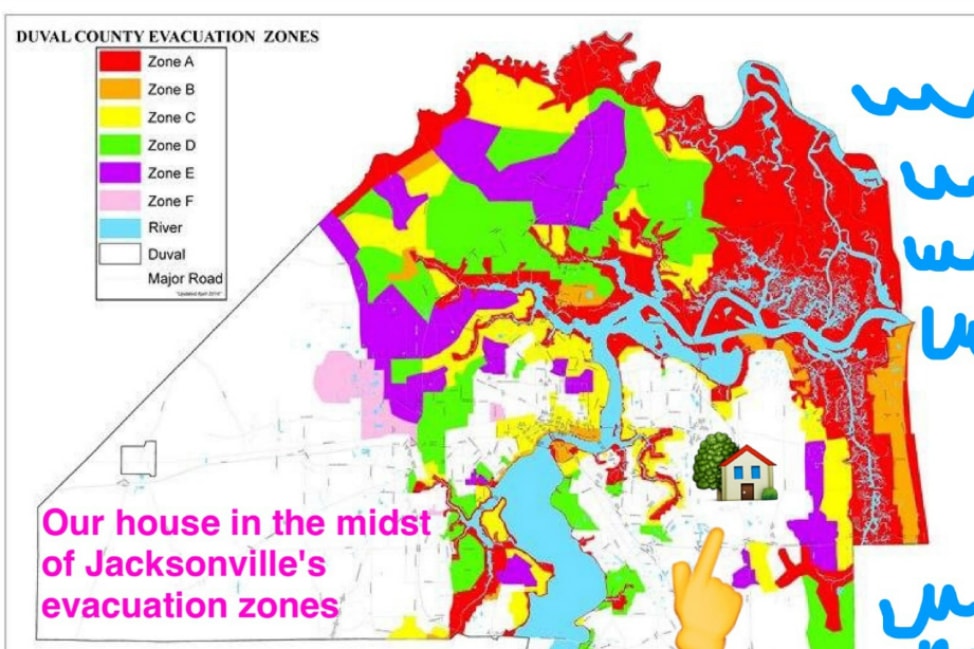 I say selfishly because those who don’t evacuate in a storm are the ones who cause first responders to risk their lives to save them when conditions deteriorate. I was so proud of the preparation and communication from our city officials and news teams, especially considering we have an enormous metro area that rarely gets hit by hurricanes.

It’s clear that lessons have been learned from the likes of Andrew, Katrina and Sandy. 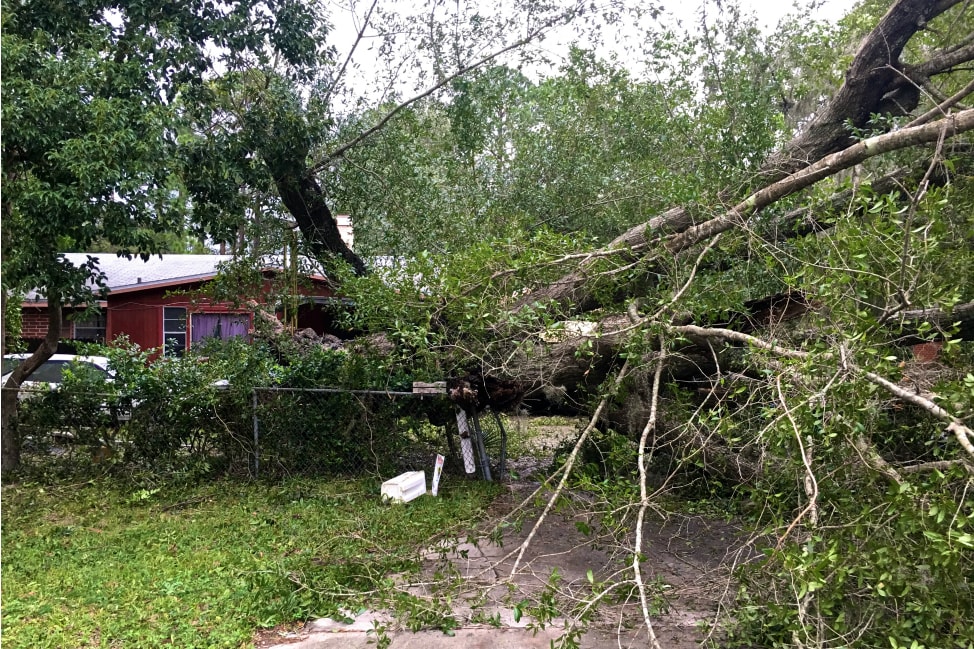 It’s also clear there are yahoos out there who know weather so much better than experts. There were plenty of free shelters with food that were equipped for special needs and pets. There were buses to transport people away from the coast. And yet, still people complained, “I can’t afford to evacuate,” or “I guarantee this will pass us by like every other storm,” or “The media is blowing this out of proportion.”

I was so fired up about residents who didn’t take the evacuation order seriously. 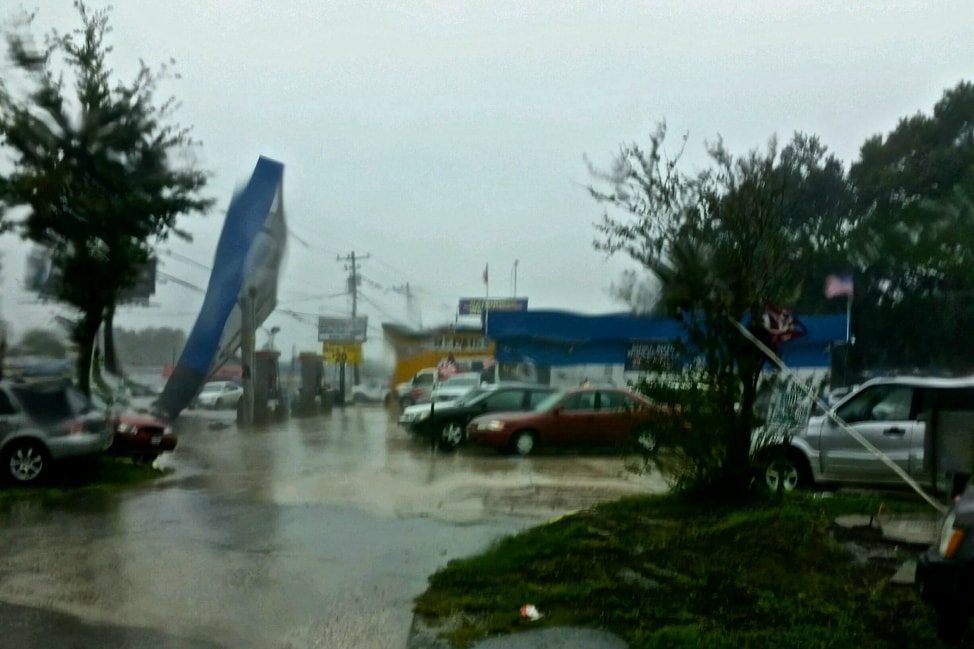 The truth is, many people have died because of Hurricane Matthew — but it’s likely many more survived because of the evacuation orders up and down the coast.

In North Carolina, thousands of people had to be rescued from flooding. Thousands. Do I even have to mention the tragedy in Haiti? This wasn’t a false alarm by any stretch of the imagination, and there are still people who gloat they were right not to evacuate because their house happens to be safe from damage.

It’s so disrespectful to people who weren’t as fortunate. 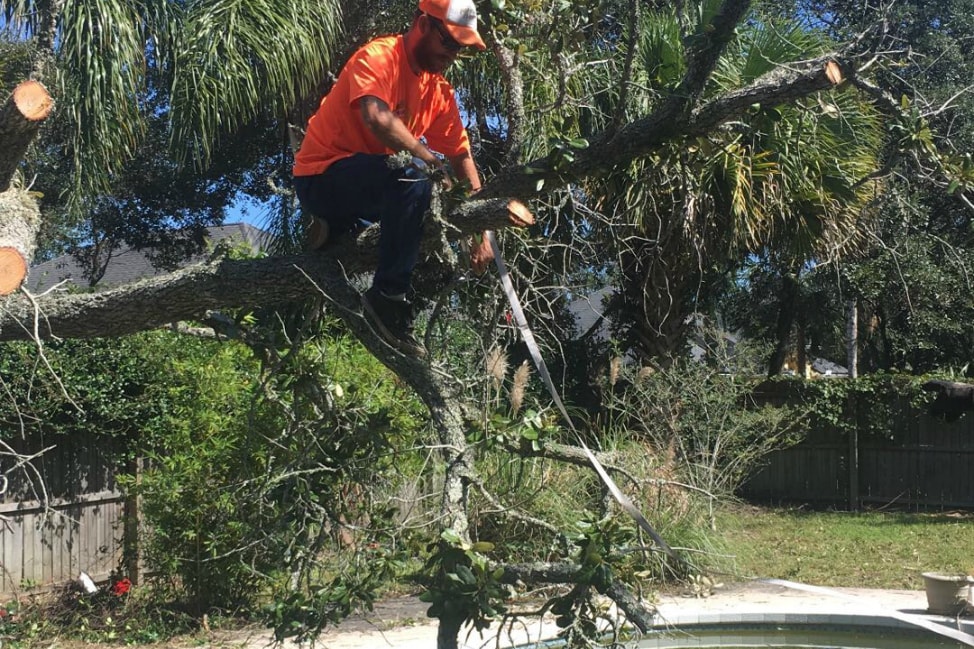 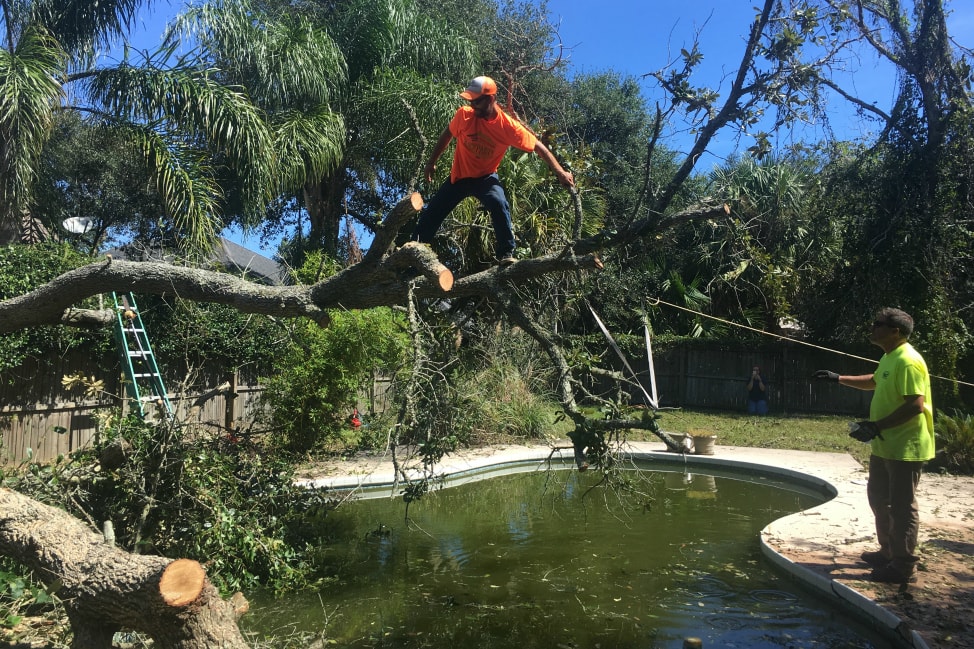 I still see folks whining on Facebook that they didn’t get enough destruction to warrant evacuations and the media response. Those aren’t the folks out helping their neighbors or dealing with the fact that their homes are unsafe to even go in.

Some folks just aren’t smart enough to be grateful. 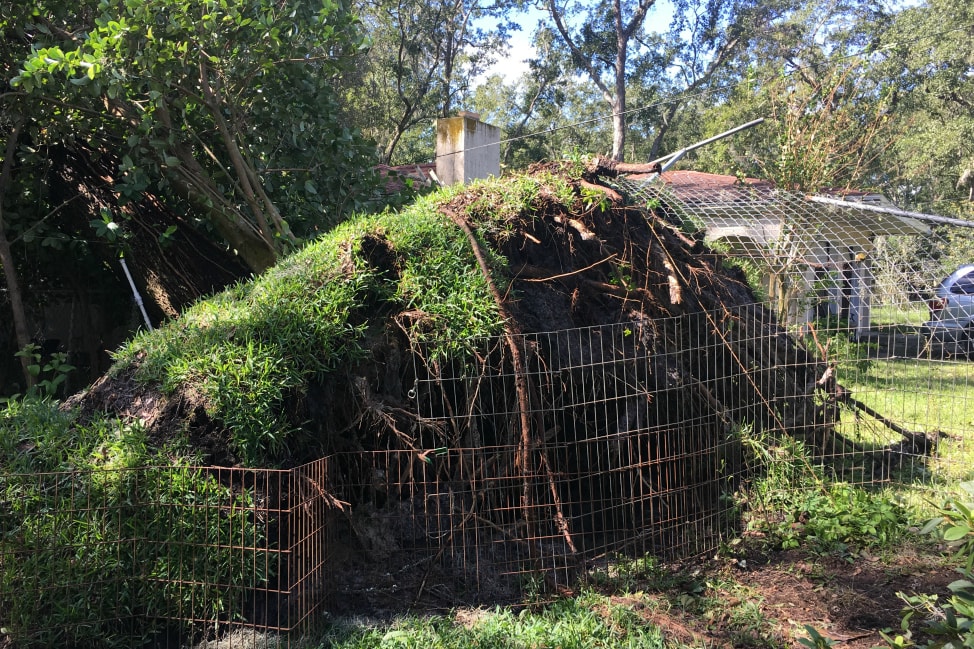 We have a pine, a magnolia and an oak tree that tower around each corner of our house, and as the wind picked up throughout the day, I just knew one was going to fall on us. And none did. Yet my neighbor has a tree through the roof, another house a few blocks up is uninhabitable due to a tree through the front porch. That’s just the damage I can see from my own house. 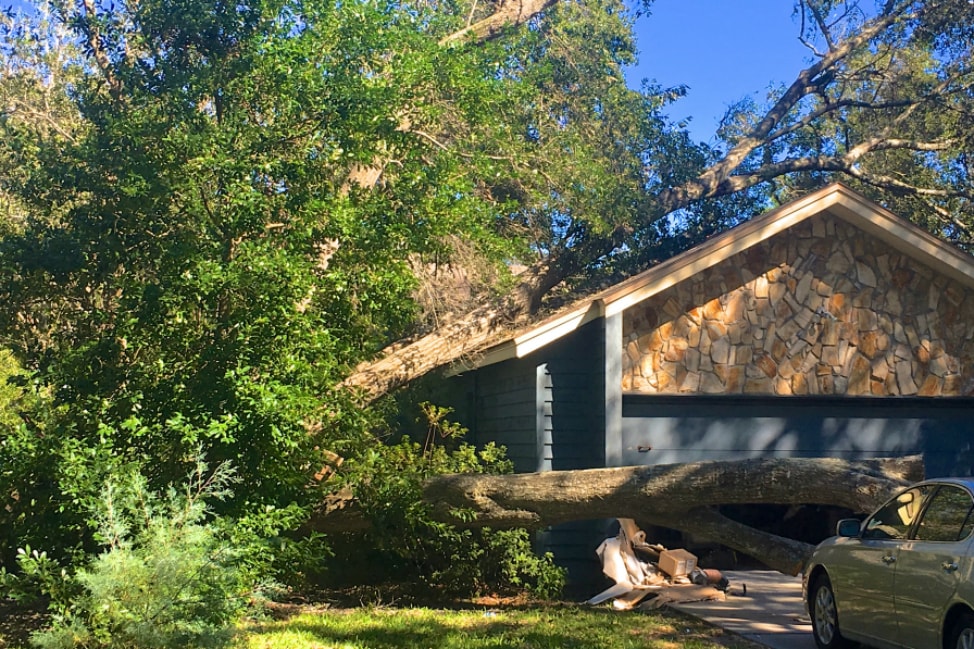 So, so, so many people have trees on – or through – their homes. Can you even imagine if the storm was a Category 4? We wouldn’t have any trees left and we would likely have fewer residents in Jacksonville.

Since the storm, I have been filled with a lot of emotions – relief, gratefulness and joy that my family and friends all survived, deep concern and empathy for those who didn’t fare as well, and some unbridled rage toward the snarky jerks who seem disappointed things didn’t turn out worse. 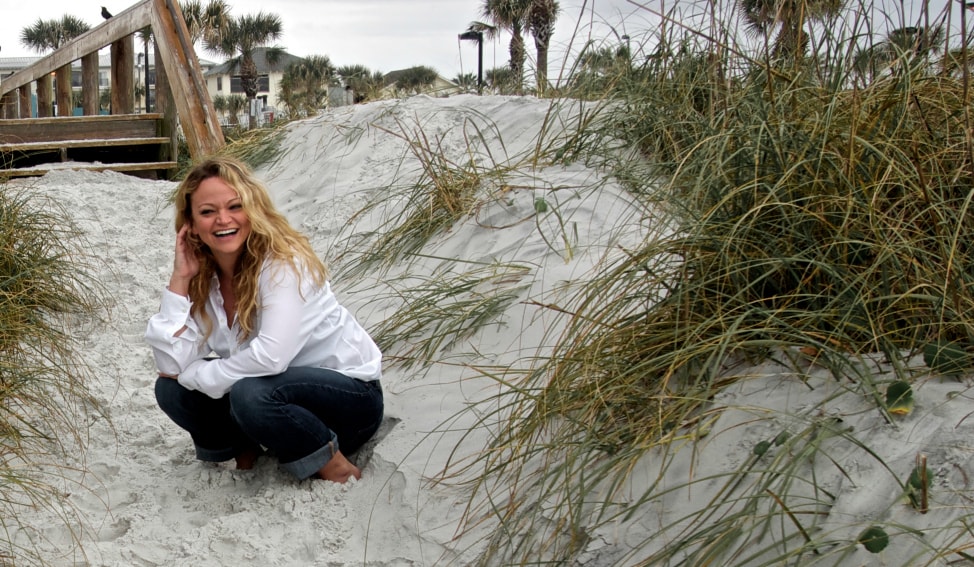 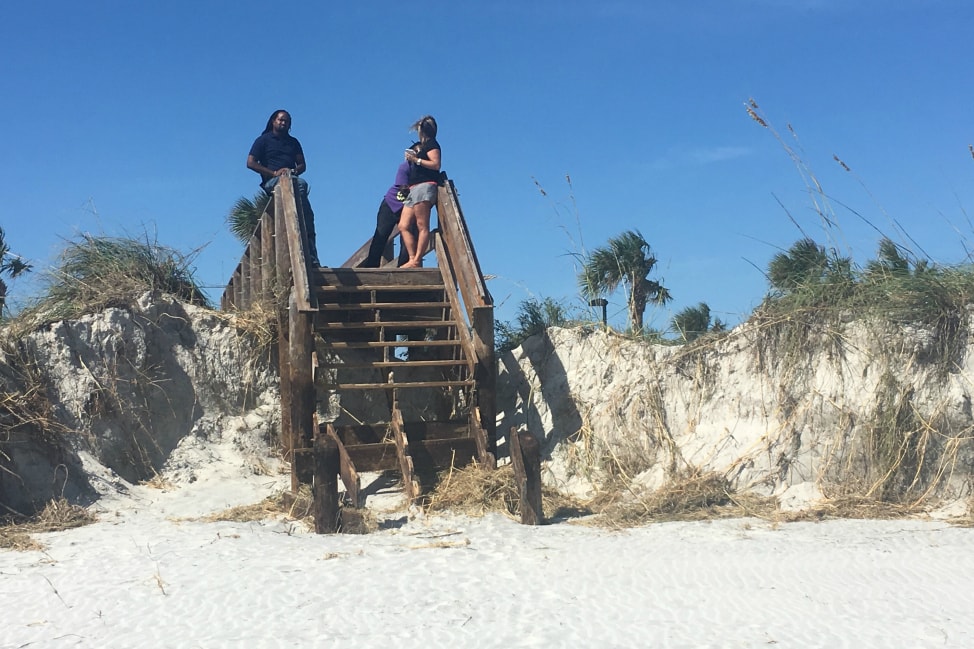 I’m choosing to focus on the positive though. (If I don’t, there’s a good chance I’m going to get in a brawl with some know-it-all who says it wasn’t a BFD because there’s not a tree on his house.)

I am so proud of how we’ve come together as a community. My church cancelled Sunday services so we could help folks who had damage, so my brother and I met up with a group of folks and did some hefty tree removals. I saw on the news that several other churches did the same.

Rick said people all around town have been waving and saying thank you to the crews working to restore power.

Our news teams did a phenomenal job keeping everyone calm, informed and updated. They slept very little and sacrificed time with their families, while they were just as scared they were losing their homes as anyone else. 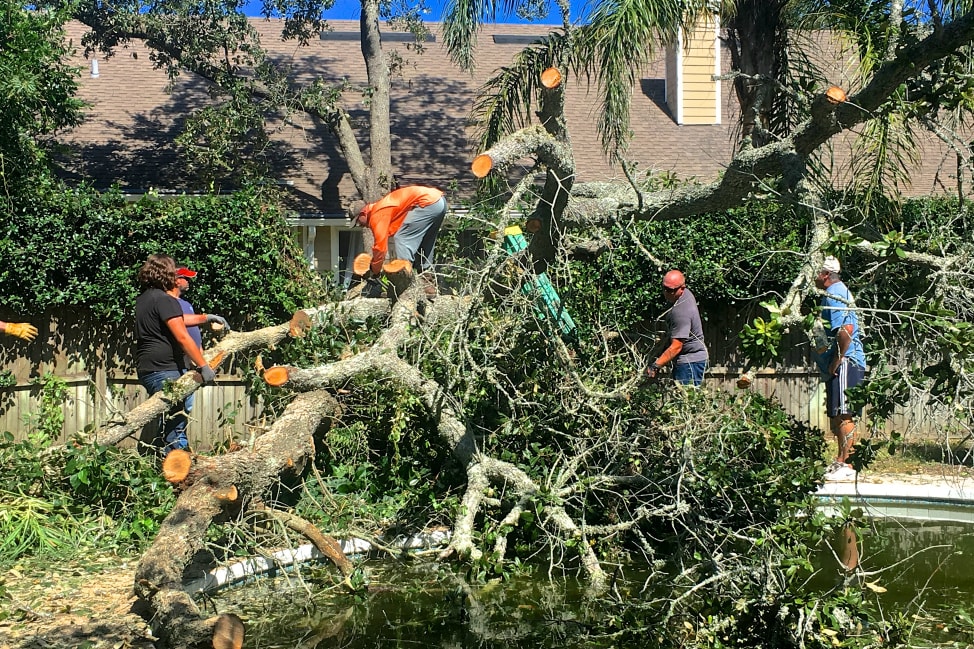 We don’t always get the chance to come together for a common purpose (I mean, other than weekly heartbreak via the Jaguars), but there have been some moments this week that made me see a silver lining to Hurricane Matthew’s clouds.

7. Twenty miles made all the difference.

Twenty miles doesn’t leave much margin for error. Had Hurricane Matthew wobbled 20 miles to the west, it would’ve meant vast destruction, many more homes lost and certainly more deaths and injuries. I’m not sure why we were mostly spared this time, but I’ll never take 20 miles for granted again. 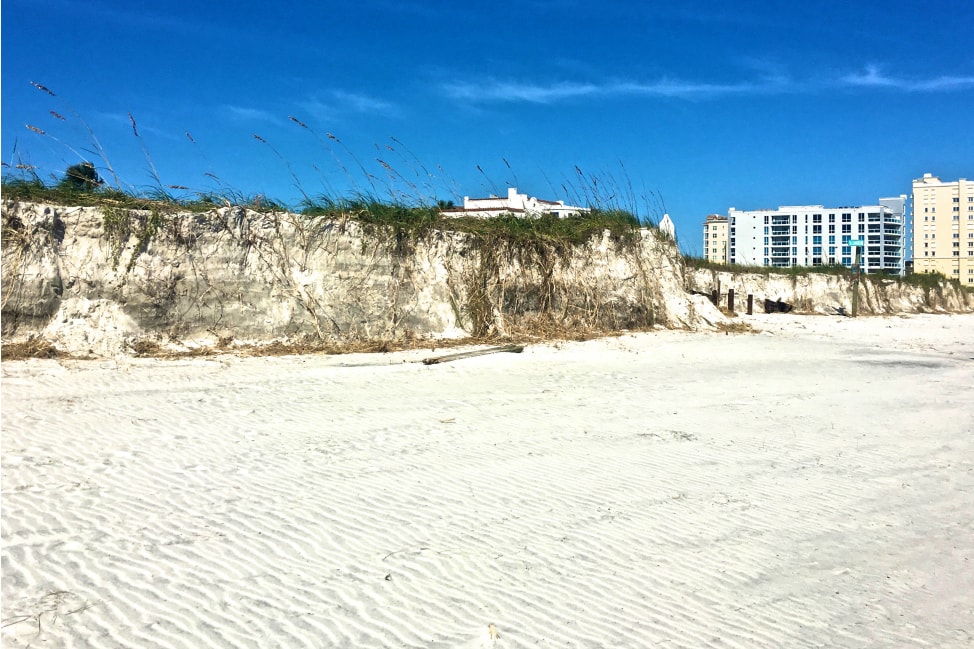 Rick is about to leave for his 6th 17-hour shift in a row. There are still tens of thousands without power, so he’ll be doing that until everyone is back up and running.

Needless to say, life isn’t completely back to normal in North Florida, but at least in our house, we’re grateful to be here.