Howdy, y’all! Rachel and I just got back from our Southern Sisters Road Trip and let me tell you, it feels like we’ve been gone a lot longer than a week. (New around here and wondering who Rachel is? Check out this BIG announcement.) We’ve driven all over the South in a red Jeep Renegade in the past 7 days, from Atlanta to Chattanooga to Nashville to Pigeon Forge to Asheville and everywhere in between. We’ve worked with multiple brands and destinations along the way (obviously stay tuned for about 100 posts about it…), but the main reason for our journey?

Considering this would be the first total solar eclipse to cross the U.S. mainland coast to coast since 1918, and that no total solar eclipse had even touched the continental United States since 1979, traveling a few hundred miles to the path of totality made perfect sense. I’d read that experiencing a full solar eclipse was a spiritual, emotional, unforgettable moment, and while I thought all that sounded a bit dramatic, I wasn’t about to miss the opportunity to see for myself.

Since I had to be in Nashville in August anyhow, I coordinated all my projects to coincide with eclipse day: August 21.

The only problem: I wasn’t sure what to expect, how to photograph such a phenomenon, what exactly to do during the nearly 3 minutes of darkness, or where to watch. For a planner like me who likes to do just the right thing at the right time, this American eclipse presented a unique challenge.

I couldn’t just Google “best way to watch 2017 solar eclipse in the U.S.” and get 100 search results with great tips. The last time it happened, there were no convenient listicles! 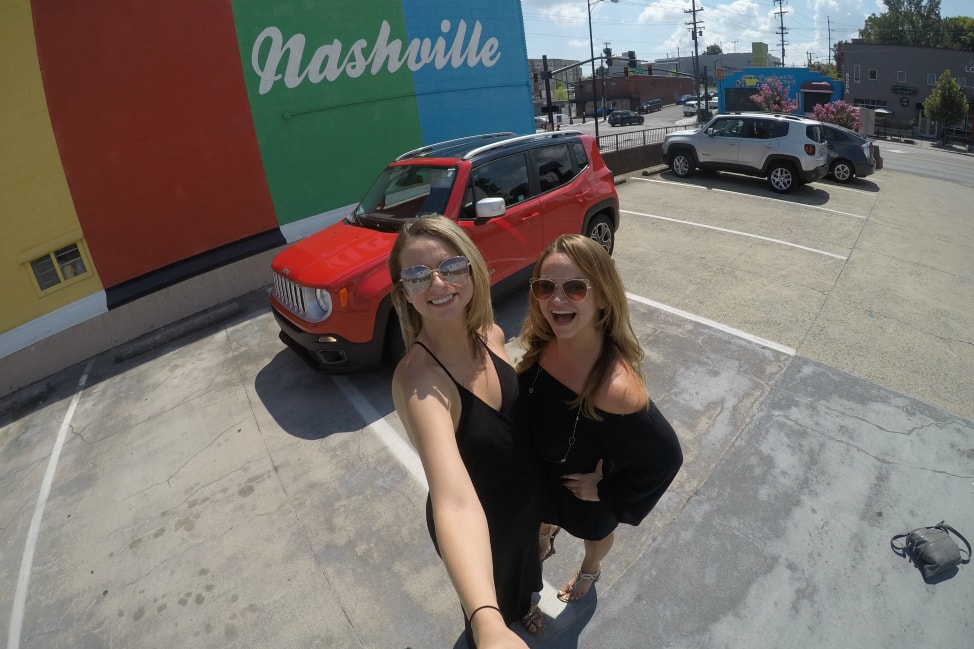 After discussing with Rae on the way to Nashville from Chattanooga, we made a big decision. Rather than trying to capture a quality photo of the moment, we’d leave that to the pros and just enjoy whatever happened in those three minutes. Not an easy thing for me to do — you know I can’t help but document every moment! (Hence, my career choice.) But I knew NASA and more far more talented folks than me would make sure there were plenty of photos to document the occasion. 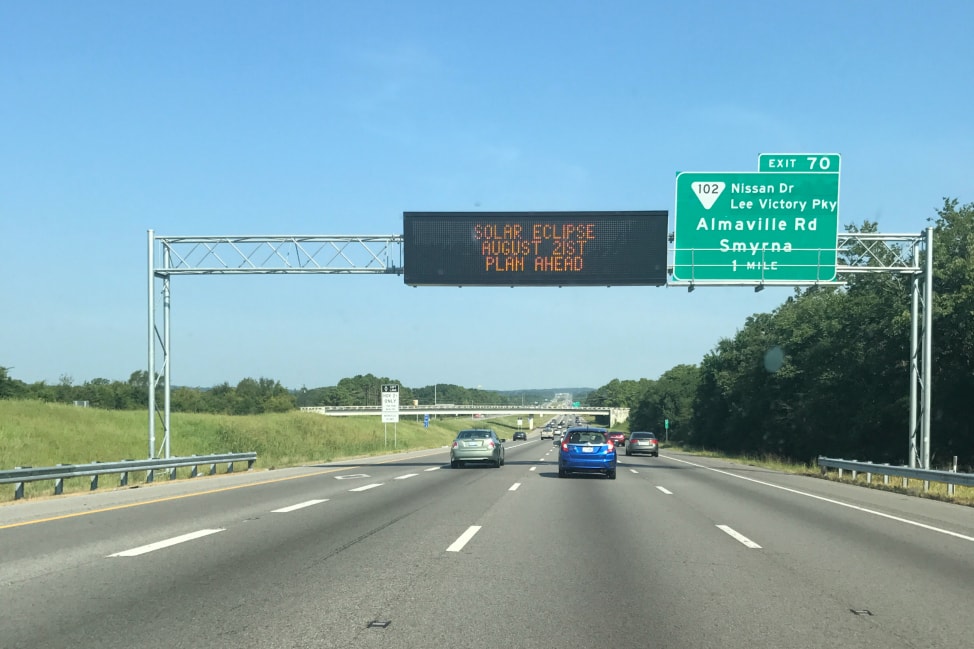 I’m not familiar with Nashville at all, and like everyone else in the U.S., I’d read all about the traffic apocalypse expected, so I didn’t want to make the wrong choice and end up on an interstate all day.Where exactly would be the best place to watch? With lots of people or alone? On a mountain? A roof? In a parking lot?

I turned to Nashville resident and expert Kristin Luna for the intel. She knows everyone there is to know, which lead to an invite out to Wedge Oak Farm in Lebanon, Tenn., for an Epicurean Eclipse party with tasty eats by Strategic Hospitality.

Wedge Oak Farm is a 110-year old family farm that provides all sorts of yummy ingredients to the chefs and restaurants in Tennessee. They set up the most beautiful table, drink stations and appetizers for ~100 guests, and we noshed, explored the farm, drank from mason jars and played croquet and bocce ball.

It was an idyllic setting, even before the moon started its journey. 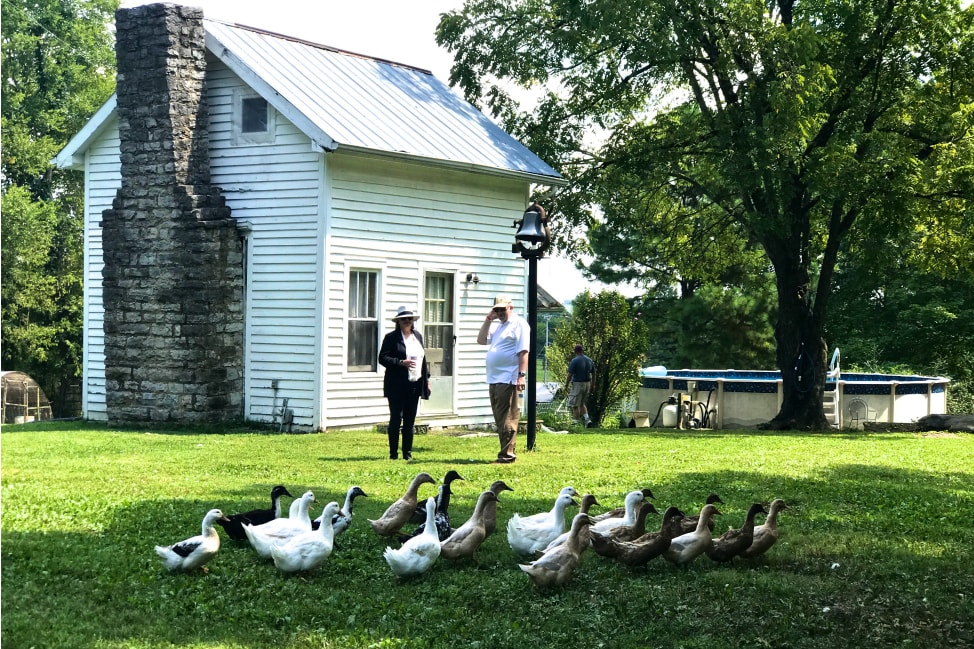 Kitted out in our NASA tees, we caught up with Kristin and her husband Scott, her parents Greg & Jeanie, and hordes of their friends. We sat down together for a family-style lunch of roasted chicken & pork, charred corn salad, potatoes & beets with dill crème fraîche, a magical heirloom tomato, watermelon, pistachio salad, tomato sandwiches and homemade eclipse pies.

It was as gorgeous and tasty a picnic as I’ve ever attended – and I’ve picnicked in some pretty fab places. 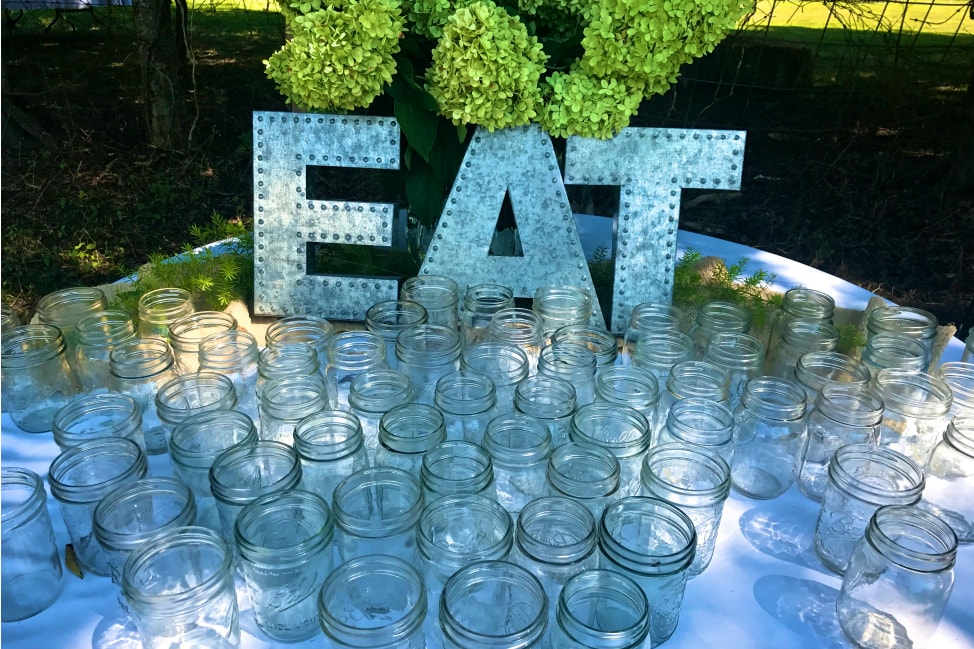 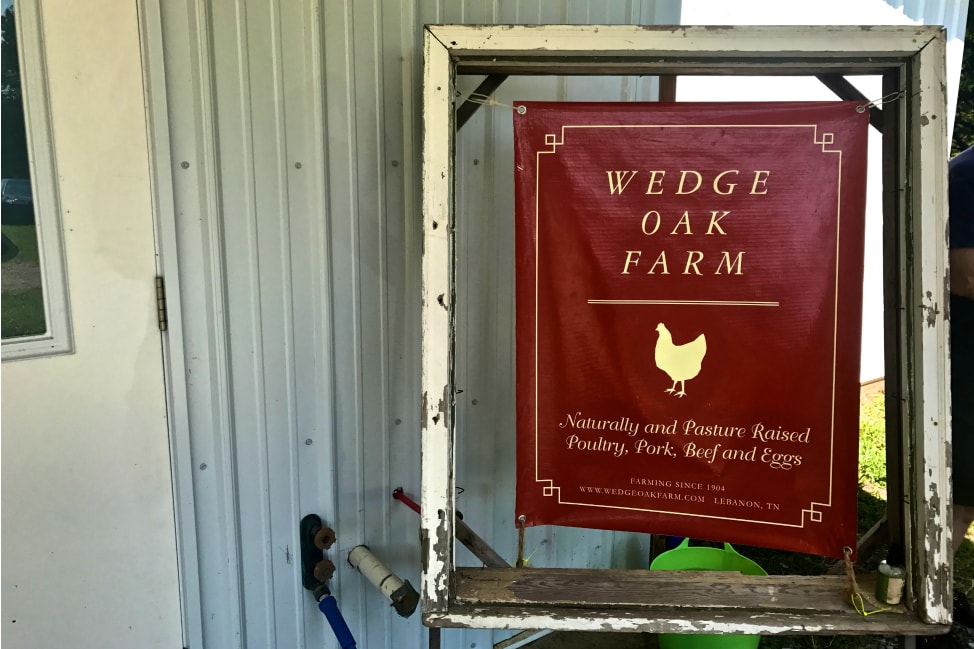 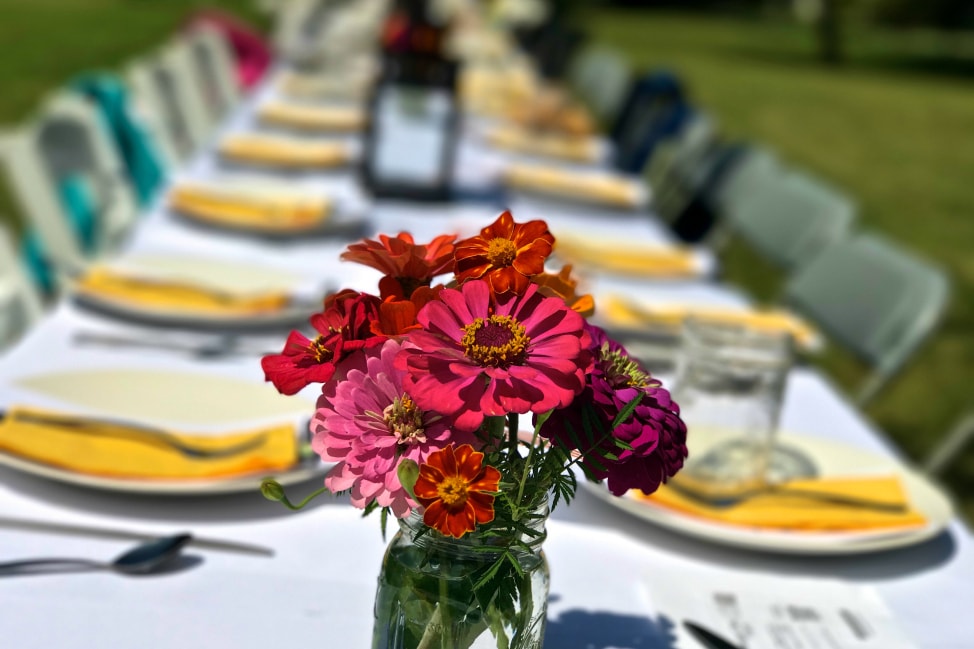 By the time we finished devouring the grub and mingling, it was time to pick a spot in the grass and await the big moment at 1:28 p.m. CST.

It was so funny to look around and see everyone with their eclipse glasses gazing up at the sun, laughing, chatting excitedly. On the way to the farm, Rachel and I saw hundreds of people setting up 2017 solar eclipse tailgating parties in parking lots and along the roadside. We met people all along the way from Atlanta to Nashville who’d traveled hundreds, thousands of miles for what would amount to less than three minutes of darkness.

I wondered if all the planning and flying and driving and expense would it be worth it. 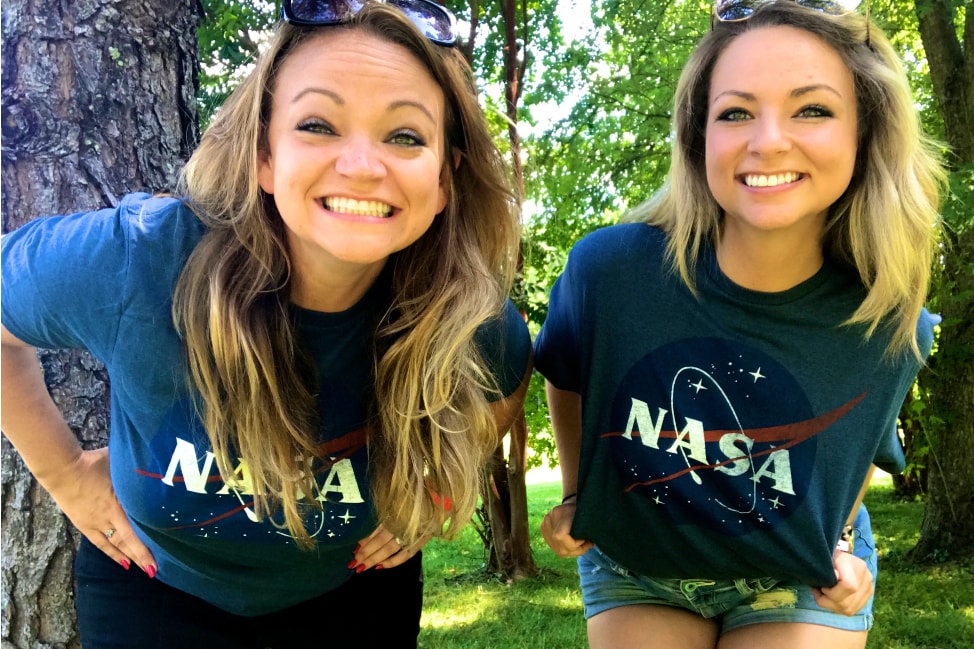 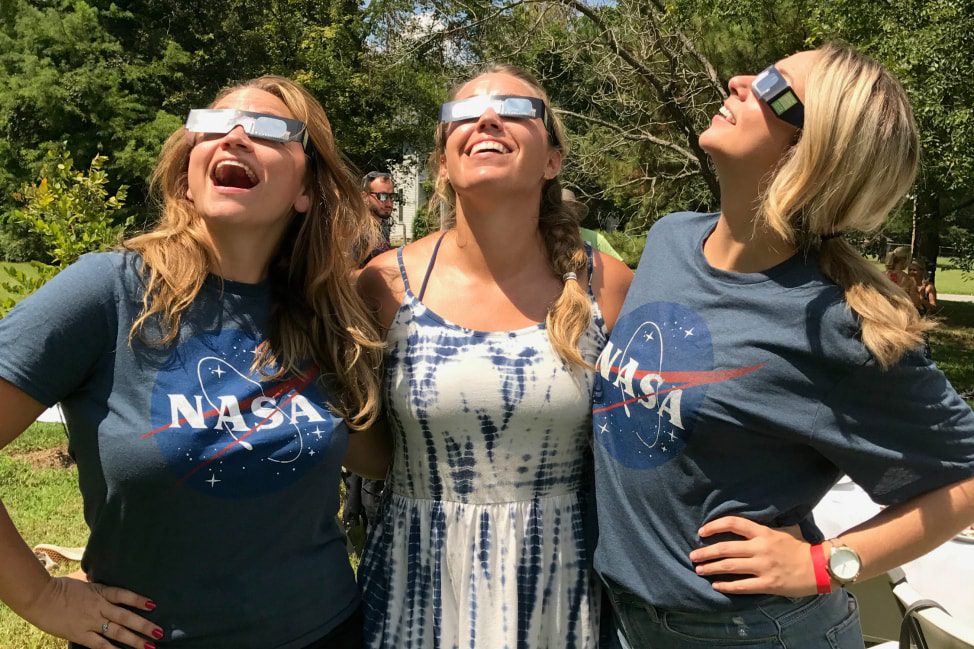 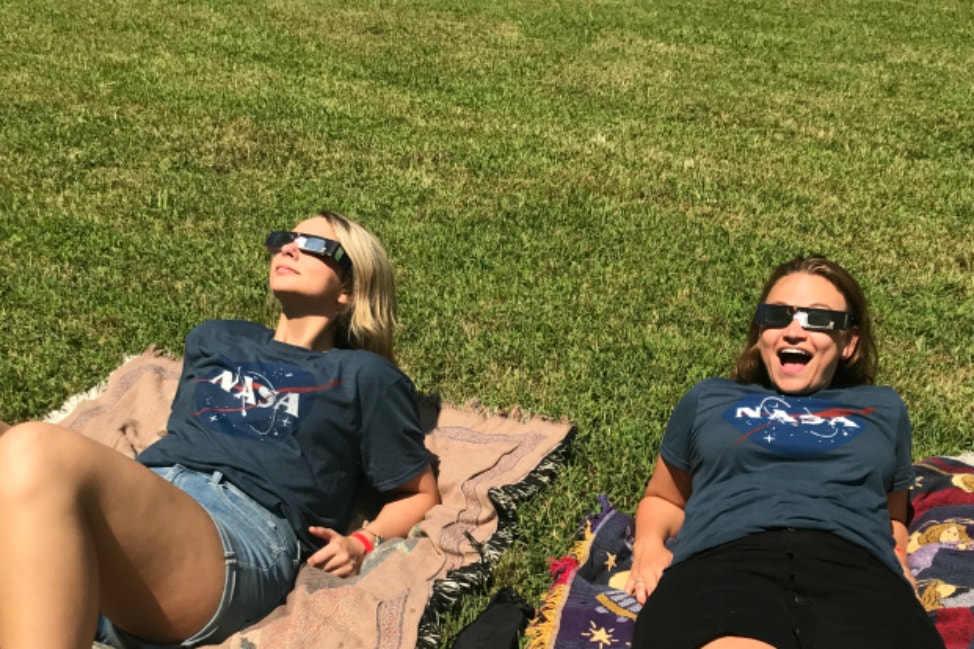 At about 80%, the light began to dim on the farm. Dimmer, ever dimmer. Everyone settled into their spots on the grass, and it felt briefly like dusk. The crickets chirped louder and a rooster began to crow, probably quite confused.

The sliver of visible sun melted away and in one breathtaking moment, darkness fell.

In the middle of the day.

I yanked off my eclipse glasses and stared directly at the most dazzling corona. 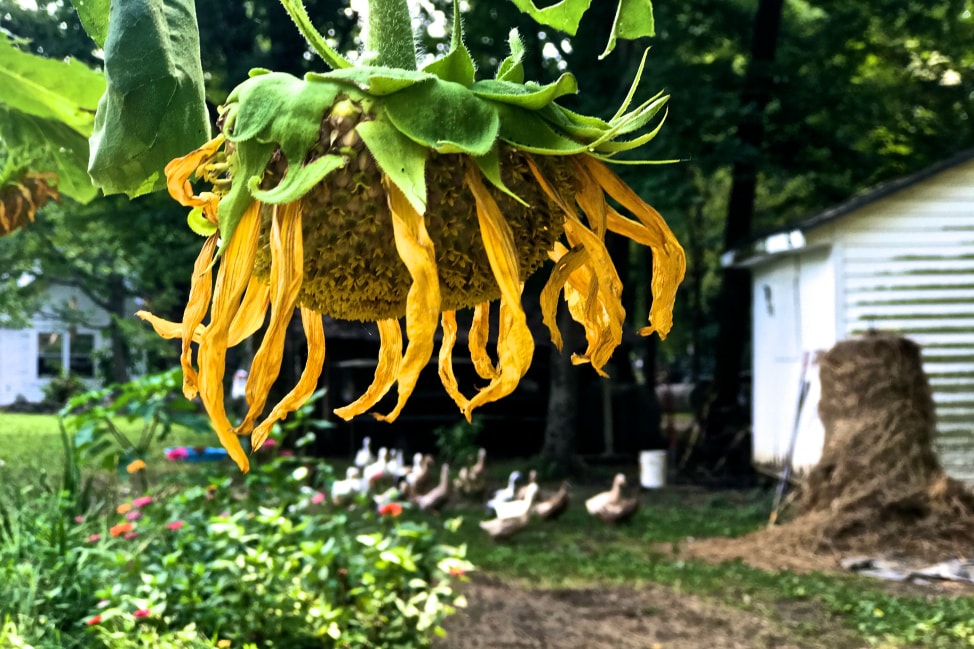 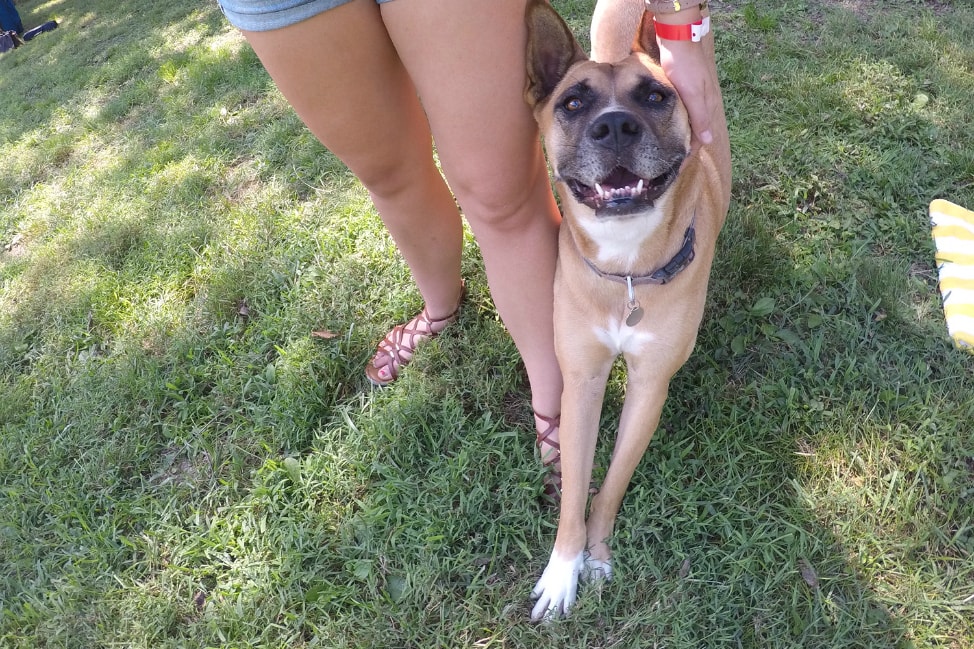 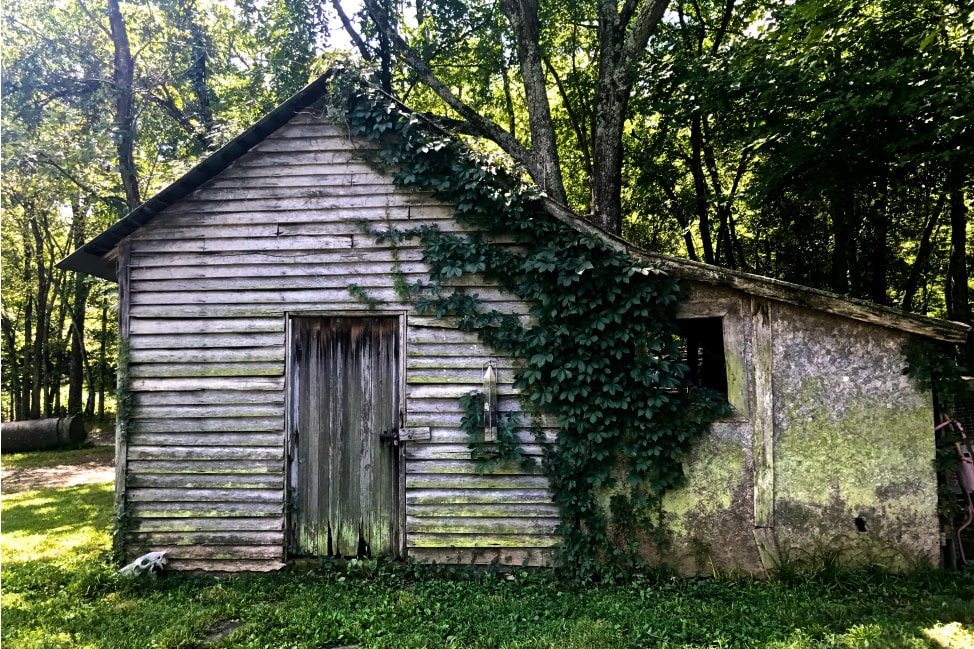 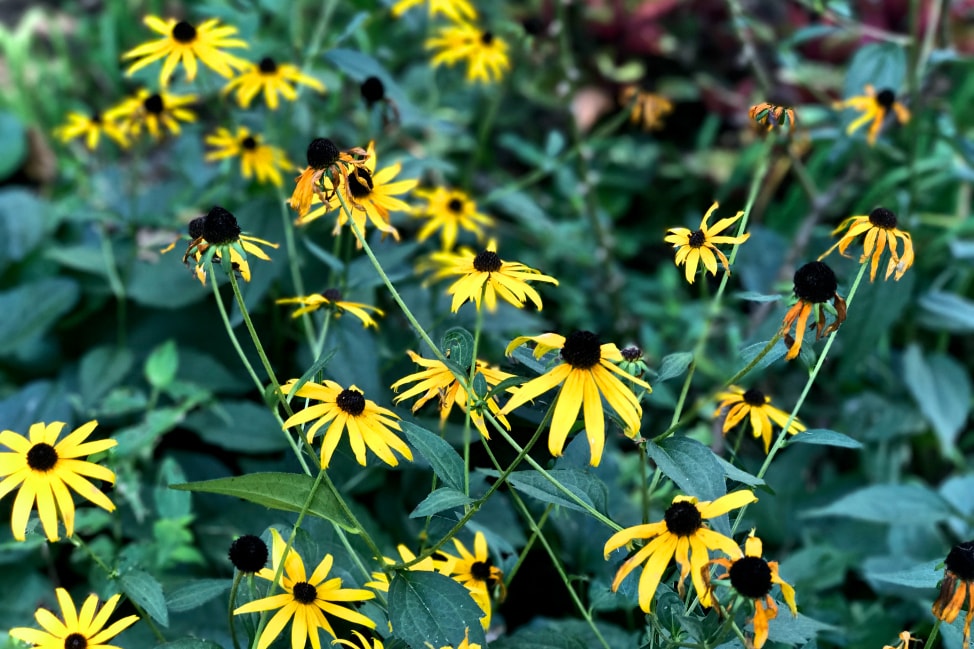 I wish I’d never before used the words epic, wonderful, incredible or amazing to describe anything I’ve seen, because THIS MOMENT was all of those adjectives and more.

Despite all the articles I read about how emotional and magical totality would be, I was not prepared. It was emotional in a way that makes no sense on paper. I was flabbergasted and speechless. I was moved to unexpected tears that surprised me almost as much as the darkness.  It was a level of awe I haven’t felt in a long time, if ever.

When I said “Oh, my God” over and over, I meant it. What a Creator we serve!

Having experienced the wonder of totality in the solar eclipse, the first thing I thought was that I want to do this again as soon as possible. It was so inspiring, I immediately felt guilty for not bringing my husband, brother, parents — everyone — with me to Tennessee to see it.

Fortunately, a total solar eclipse doesn’t have to be a once-in-a-lifetime event. Here’s a list of the next 10.

See you at the next one?

Did you catch the 2017 solar eclipse? Where were you?

5 thoughts on “The Solar Eclipse: What a Good Excuse for a Road Trip!”