Do all roads really lead to Rome?

Maybe that’s a good question for the new Pope? With yesterday’s appointment of the 1st Pope from outside the original Roman Empire (I think), this ancient saying rings truer than ever.

But what exactly is the Roman Road? The earliest Roman roads were built from about 500 BC and expanded and radiated out as the Empire absorbed surrounding land. Armies, officials and civilians used the 29 military highways and 372 linked roads to travel all over the Empire’s 113 provinces. The stone-paved surfaces of many of the roads survived thousands of years and some modern roads follow those original paths to this day.

I found Roman Ruins, and not just in Rome! 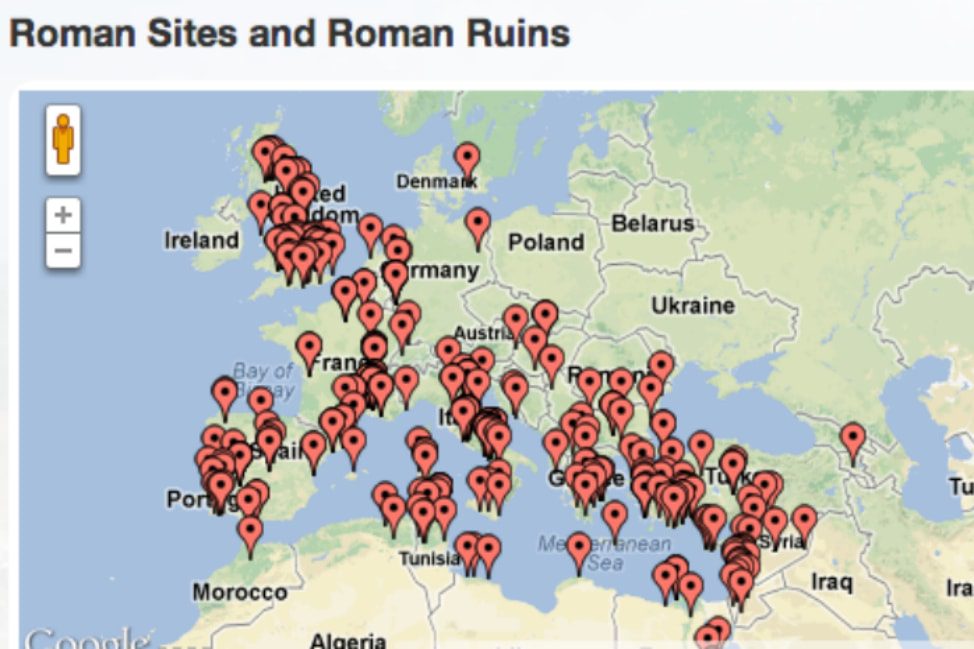 Who knew there were this many ancient Roman Ruin sites?! 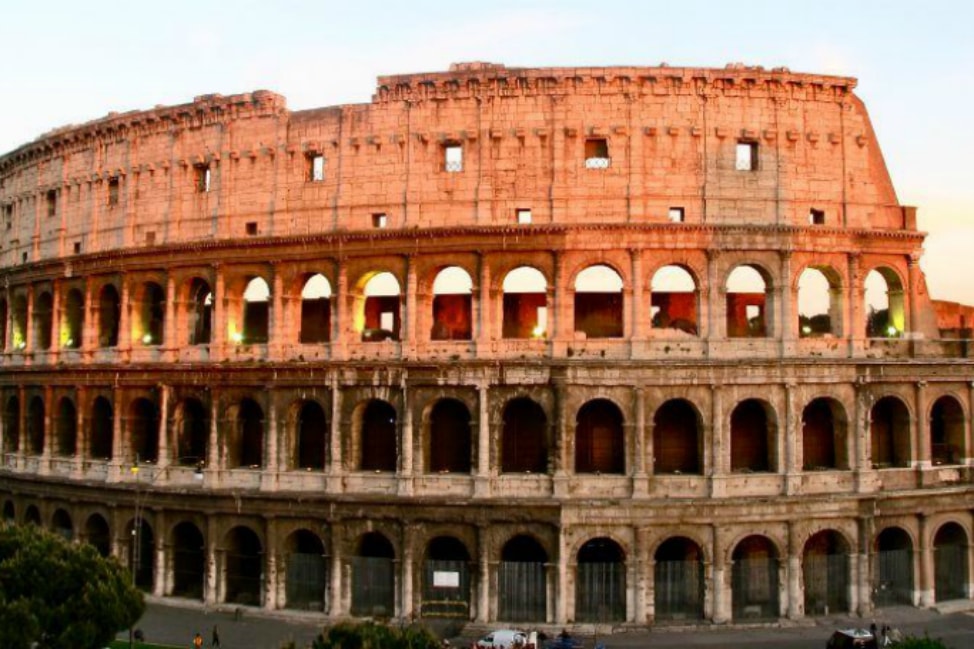 During the past two years of jaunting, I found myself on the metaphorical and literal road to Rome more times than I can count.

Here are some of my favorite Roman Ruin spots! 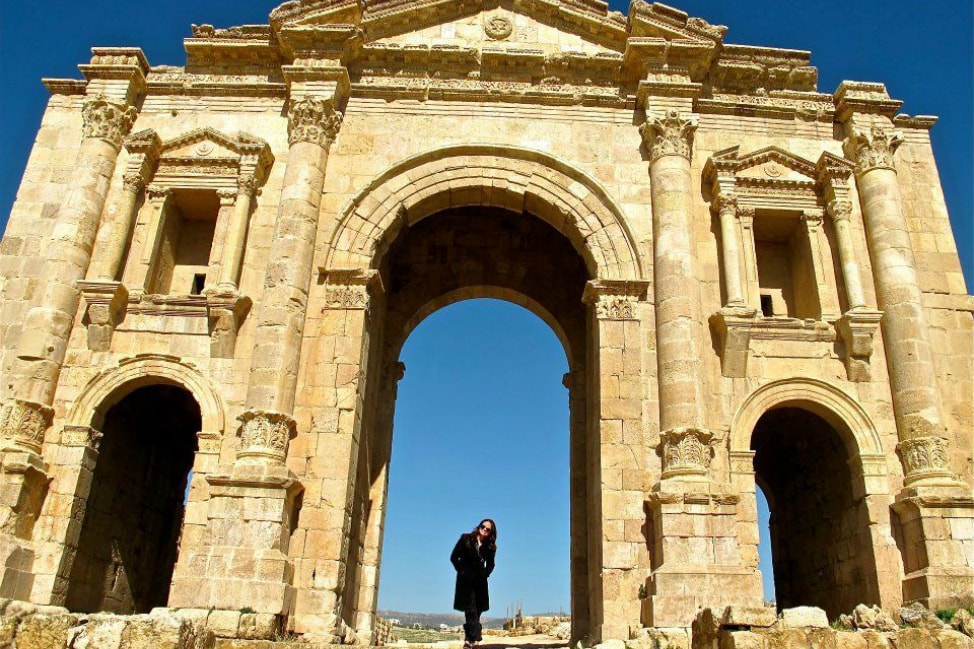 In Jordan, I was mesmerized by the ruins of Jerash. Well-preserved, expansive and not even close to being fully uncovered, Jerash is a perfect place to spend the day imagining what life would’ve been like in this Decapolis city, when chariots barreled down the streets and gladiators fought in the local arena.

If you’re quiet, you can almost hear echoes of a bustling Forum…

Most of Jerash was destroyed in 749 AD by an earthquake, and some of its remaining temples were converted to fortresses during the Crusades. Excavations began in 1806 and continue to this day. 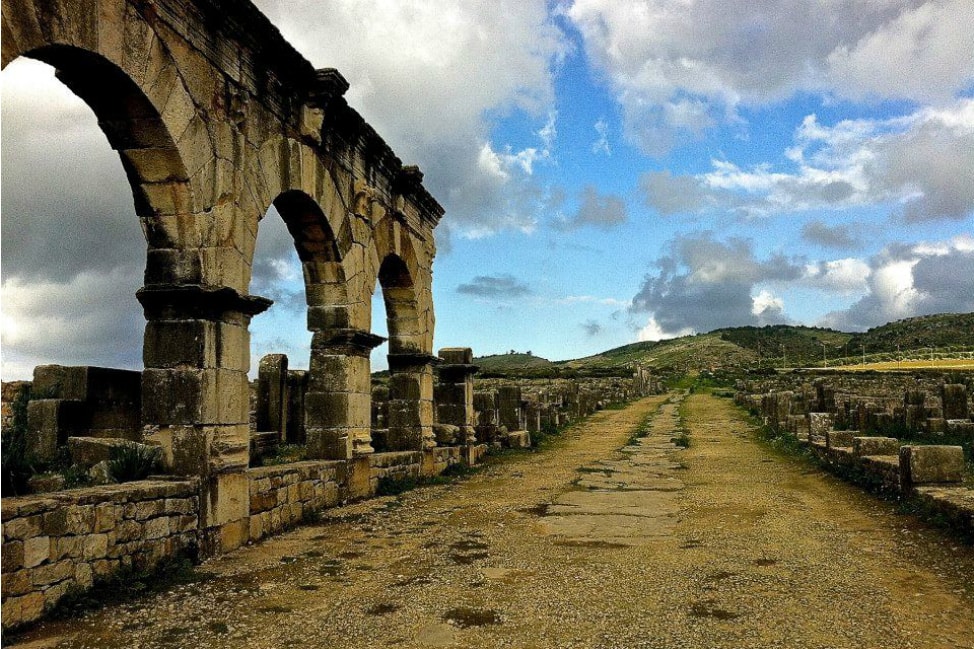 The most striking aspect of Volubilis in Morocco is just how much it resembles the Italian countryside. No wonder it was chosen as a fringe military outpost!

The Roman ruins remained almost completely intact until a devastating 18th century earthquake (hmmm, another earthquake?). Moroccan leaders subsequently ransacked the site to acquire stone to build the nearby city of Meknes.

When you visit Morocco, go with a guide and have him point out all the gorgeous floor mosaics that tell the stories of Roman gods and goddesses. They’re vivid and well-preserved, and a nice memory jog through mythology. 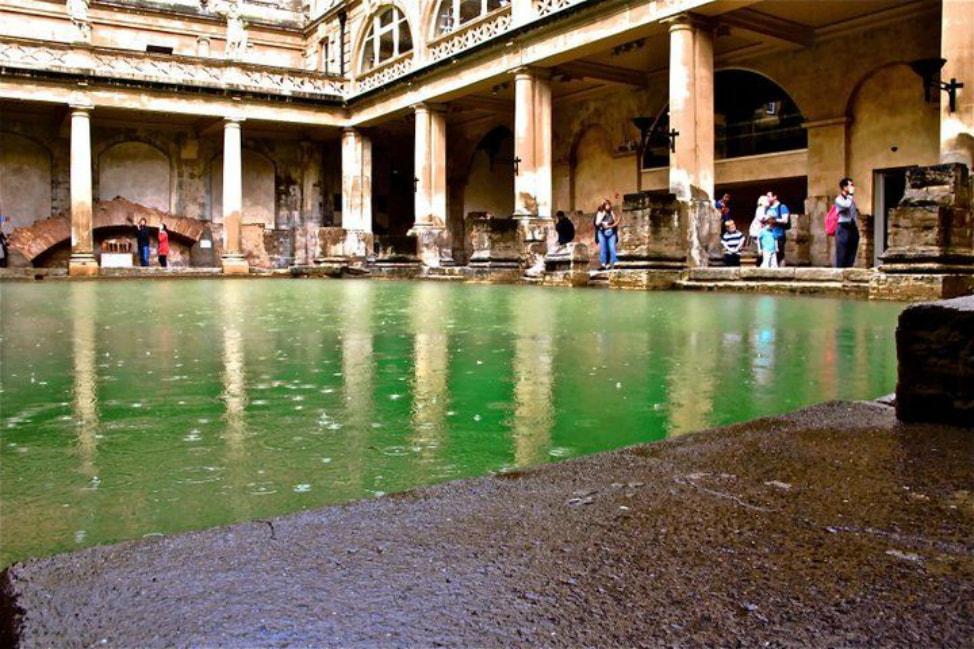 If you’ve been reading Angie Away for any length of time, you probably know I adore the UK just as much as any place I’ve ever been. On my first overseas trip at age 16, I discovered London’s Roman history and was blown away to find remnants of the original Roman wall still preserved near the Tower of London. Years later, I made my way a few hours outside London to Aquae Sulis – the ancient Roman name for the modern town of Bath.

The incredibly well-preserved ancient Roman Baths are below the modern street level and feature the Sacred Spring, the Roman Temple, the Roman Bath House and a museum with antiquities and relics from Roman times. There’s a free audio guide for visitors, so you can tut around at your own pace and try to imagine hordes of Romans (and later, Regency Georgian English folk) bathing, relaxing and “taking the waters” at the hot spring. 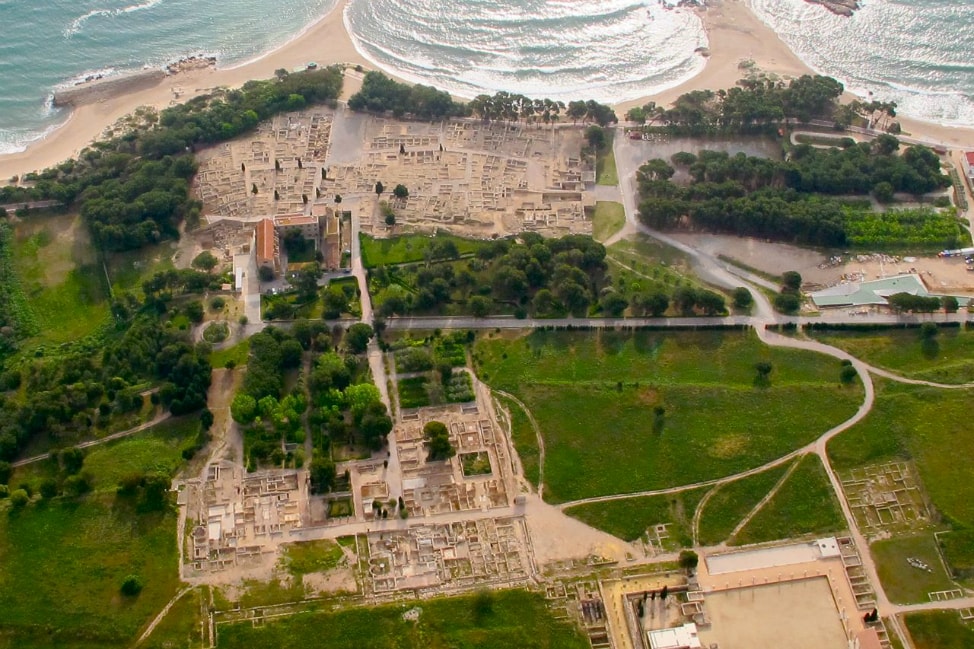 In Costa Brava, I spotted the beachside Roman ruins of Empúries from a hot air balloon. While the ruins aren’t the largest or best preserved ones I’ve seen (only 20% have been excavated so far!), you certainly can get the idea of how the network of walls, columns and houses were once laid out. And, with spectacular views of the Mediterranean, these 1st century BC are some of the prettiest I’ve ever encountered.

So those are some of my favorite Roman ruins that I’ve seen – whew! What are yours? And hey, while we’re on the subject, what do you think of new Pope Francis 1?

14 thoughts on “All Roads Lead to Roman Ruins”