Hey I just met you. And we’re both crazy.

So here’s a toga. Now fight me, maybe? 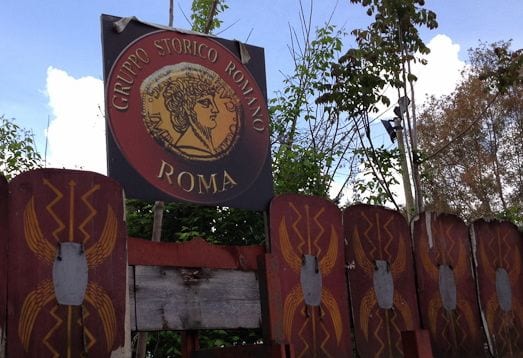 I usually travel on my own, but on my most recent trip to Rome, I was grouped with a handful of other travel bloggers.  That could mean only one thing in this highly competitive industry – a fight to the death, gladiator style. (I suppose it could have meant something else… like sitting at a café all day pounding away at our computers while sipping coffee and eating gelato. That often happens when you get multiple bloggers together, too.) 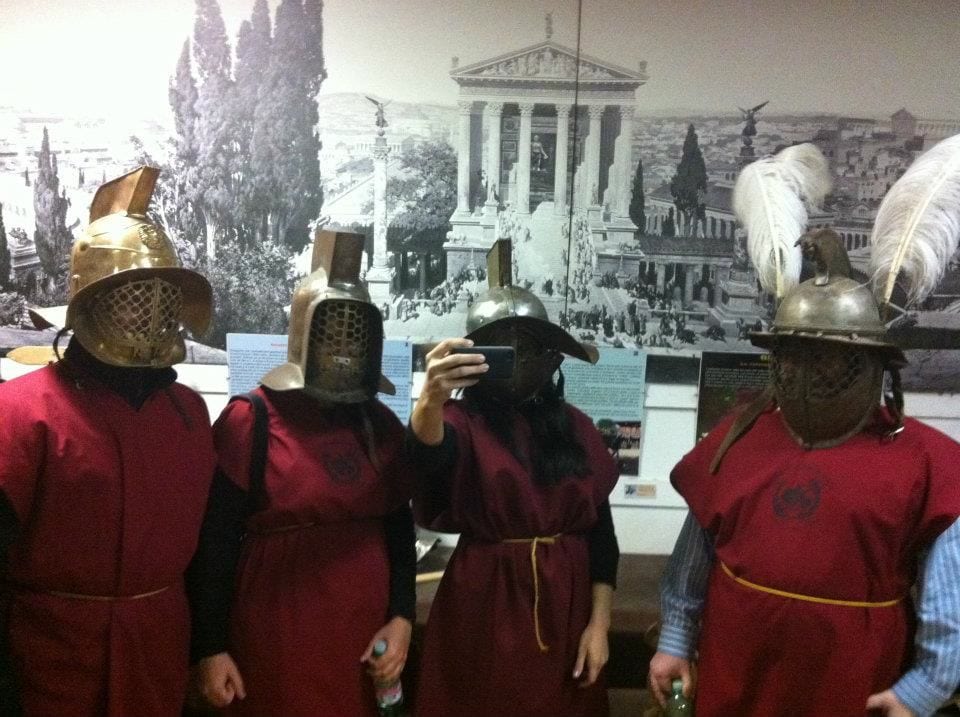 We checked out of our HouseTrip apartment overlooking the Coliseum that morning and made our way toward Gladiator School. Our leader for the day, a Marcus Aurelius, in semi-obnoxious & demanding character, lead us through a lengthy chat & tour of the museum.

It didn’t take long for me to get bored of the history lesson about swords and helmets… I came to fight and I was ready to start swiping. 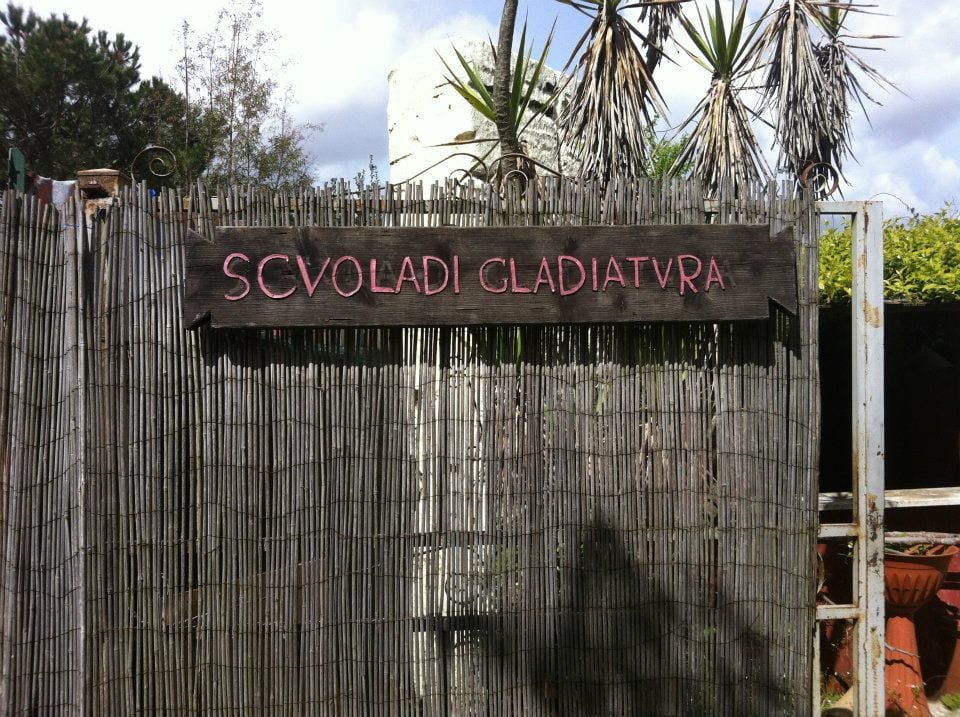 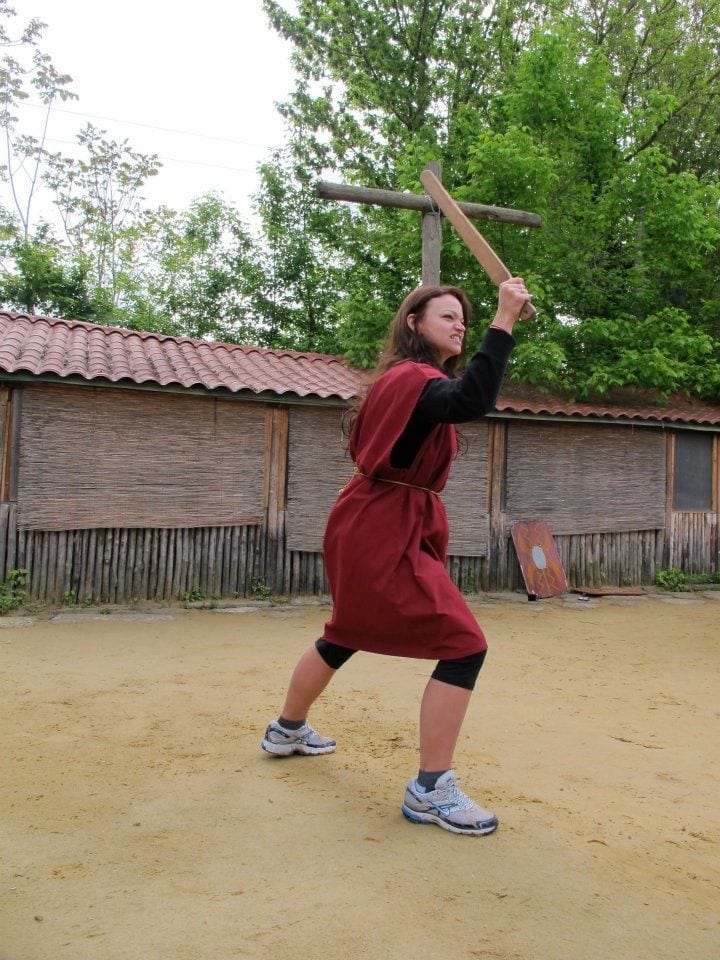 The potato sack they gave us to wear was not the shapely toga I’d had in mind, but like any ancient Roman, I soldiered on with my training. 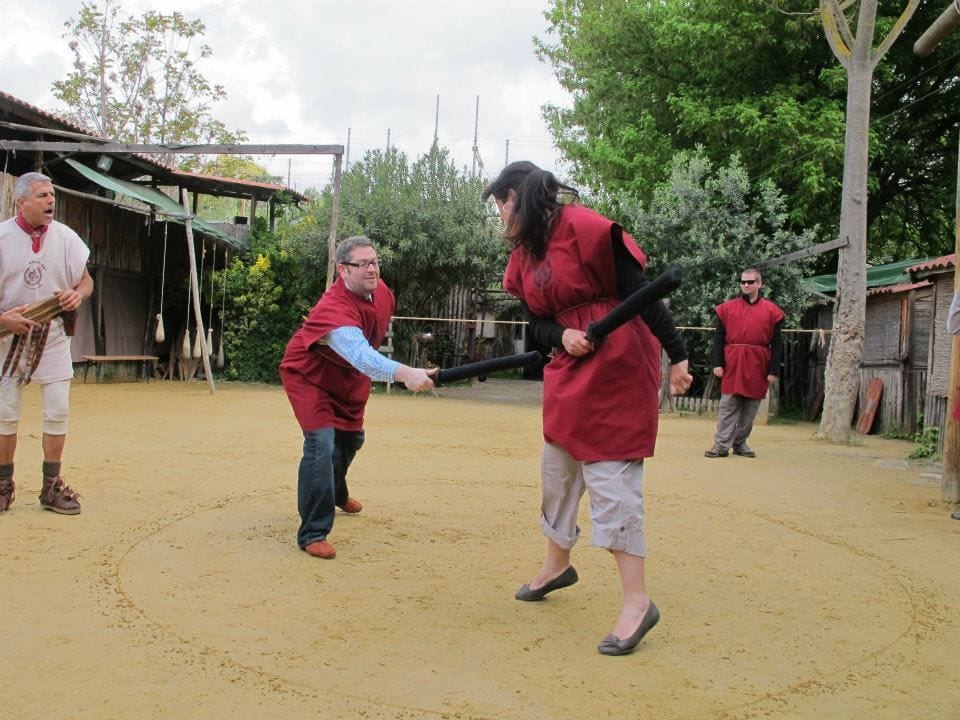 Today we joke & take funny novelty classes, but being a gladiator 2,000 years ago was no laughing matter. Often the men were slaves forced to train and fight for their lives for the entertainment of the upper crust. If you’ve seen Gladiator with Russell Crowe, you’ll get a pretty good idea of the harsh and terrifying situation these men found themselves in. It truly was barbaric. 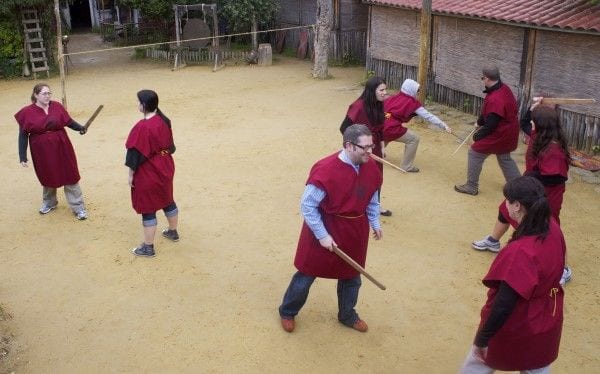 Back in fake gladiator school circa 2012, we learned a few fighting techniques, like how to un-sheath a sword without chopping your ear off and how to attack & block … none of which stuck with me.

Ultimately I ended up flailing and hopping around unattractively and proving that I do not belong in the Coliseum unless it’s in box seats next to the emperor… and in a much more flattering toga.

Thanks to HouseTrip.com for the fun morning! To book your gladiator experience, check out Viator.

4 thoughts on “Are You Not Entertained?! My Day as a Gladiator in Rome”