I really believe I shall always be talking of Bath, when I am at home again–I do like it so very much…. Oh! Who can ever be tired of Bath?

Fun Austen fact: all of Jane’s novels mention Bath, originally known as Aquae Sulis during its time as a Roman town in AD 43. Jane Austen of course visited much later in the Georgian era, when Bath became a center for socialization and health. The Austens lived in Bath for five years, from the time her father retired until his death, though during that stay Jane grew to dislike the social scene very much. Northanger Abbey & Persuasion are both set in Bath, which retains much of its historic character today. 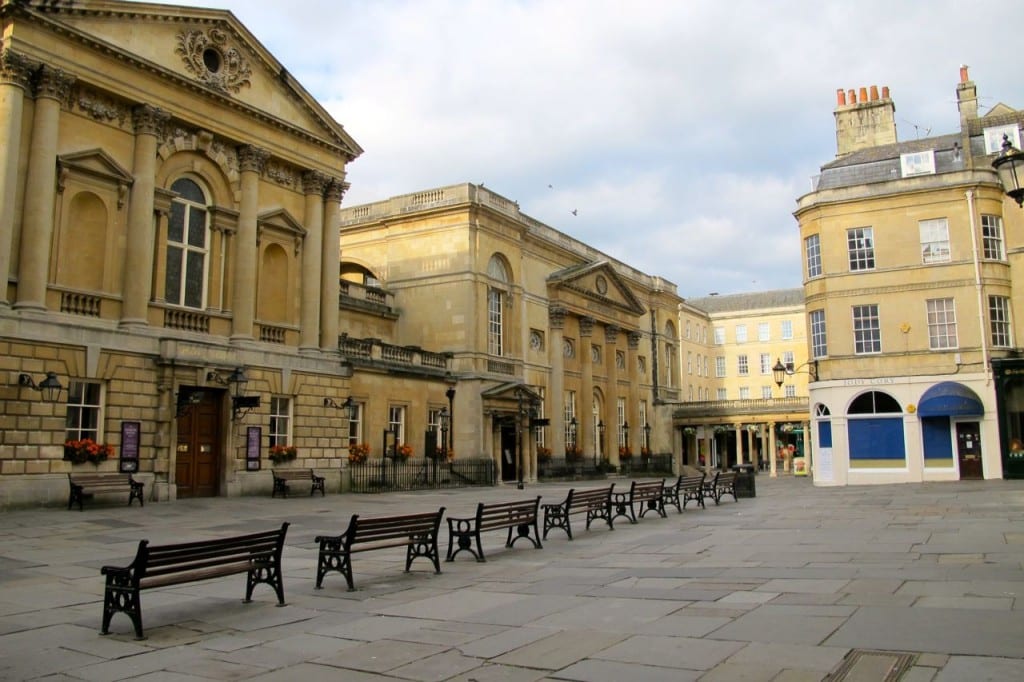 The entrance to the Roman baths

Though Jane grew increasingly less impressed by the comings and goings and social aspects in Bath in the early 1800s, I still wish I’d been able to see it in the heyday, when primped ladies promenaded on long walks with parasols and gentlemen were polite and everyone respected protocol. Wouldn’t it just be peculiar to have but one goal in life – to secure the best husband? (Well, I suppose there are those who have that goal today…)

The houses where Jane lived and the settings for Persuasion and Northanger Abbey can all still be seen within a mile of the Jane Austen Centre on Gay Street. Fortunately Bath is a small city, so it’s perfect for a couple days of wandering in search of Jane. 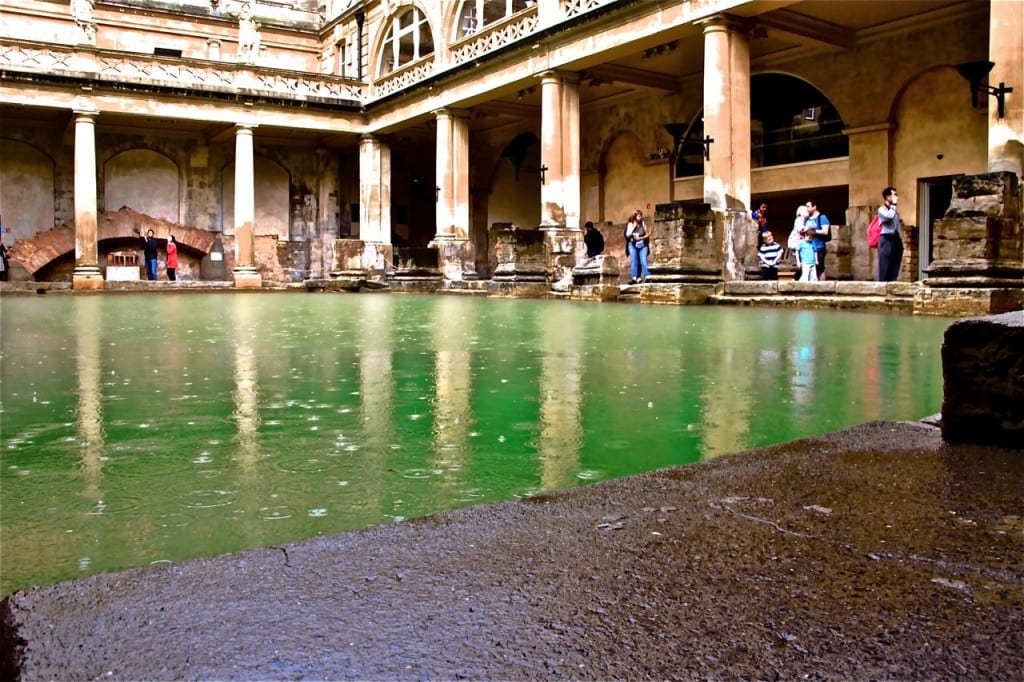 Bath wouldn’t be Bath without the ancient Roman ruins and the hot springs bubbling within. The Roman Baths, now a UNESCO World Heritage site, is below modern street level and has four main attractions — the Sacred Spring, the Roman Temple, the Roman bath house and a collection of artifacts found in the Roman Bath. The Georgian Pump Room where Jane would’ve socialized is on the ground level and is open as a restaurant today. Adult admission is £12.25 as of January 1, 2012 and includes a free audio guide. 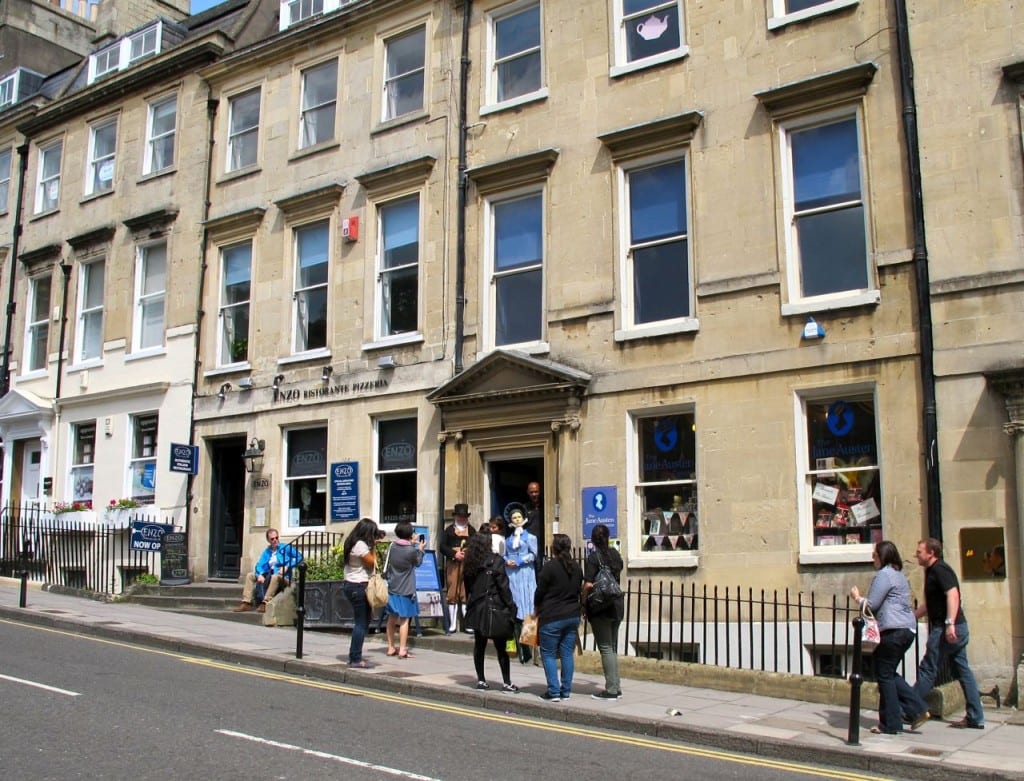 The Jane Austen Centre is obviously the No. 1 stop of Janeites in Bath. Here you can view authentic Austen memorabilia and even take high tea with Mr. Darcy in the Regency Tea Room. Entry fee is about £8 for adults. 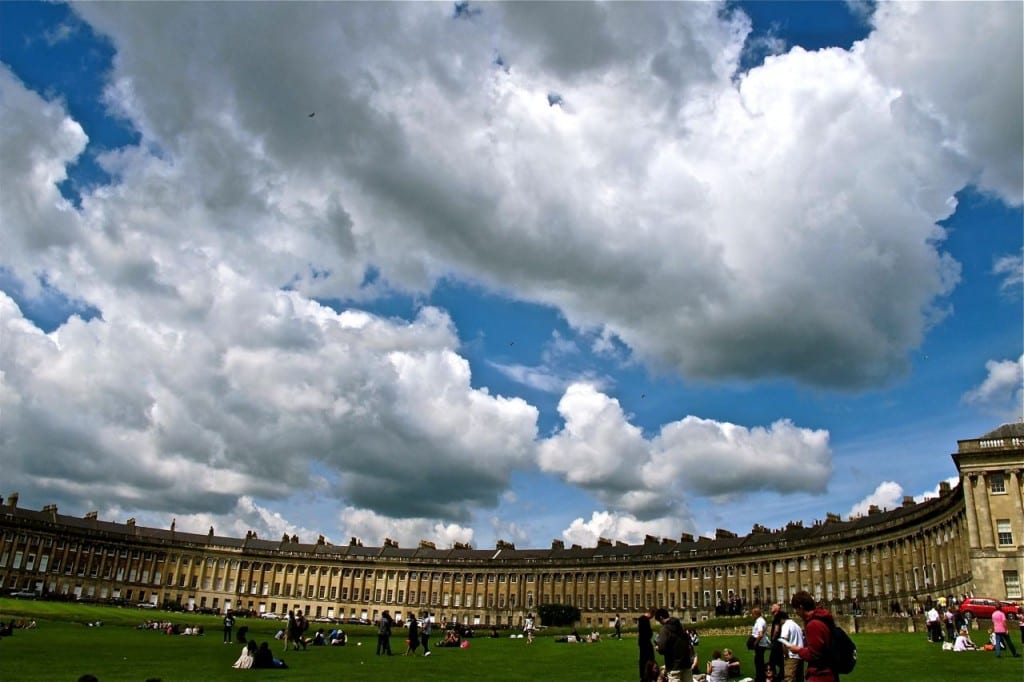 The Royal Crescent is a row of 30 houses designed by famous local architect John Wood the Younger between 1767 and 1774. Each purchaser bought a certain length of the facade of the crescent and then hired their own architect to build a home to their own specifications behind. The Royal Crescent is now home to a luxury hotel, so you can live like the fancy Georgians for a few nights if you like!

Image courtesy of Thermae Bath Spa (I was far too relaxed to take my own pictures!)

You can’t come to Bath without “taking the waters,” as Jane and countless others did before. The multimillion dollar day spa is the modern version of Roman & Georgian customs, so if you want to experience your own bit of history, don’t miss it! Maybe this isn’t always the case, but after four hours soaking in the healing waters on a gorgeous July evening, popping in and out of the four aromatherapy steam rooms, getting a massage and a facial, I wasn’t too bothered about my own Mr. Wickham anymore. Prices vary, but check the website for daily specials. My adventure cost less than $100. 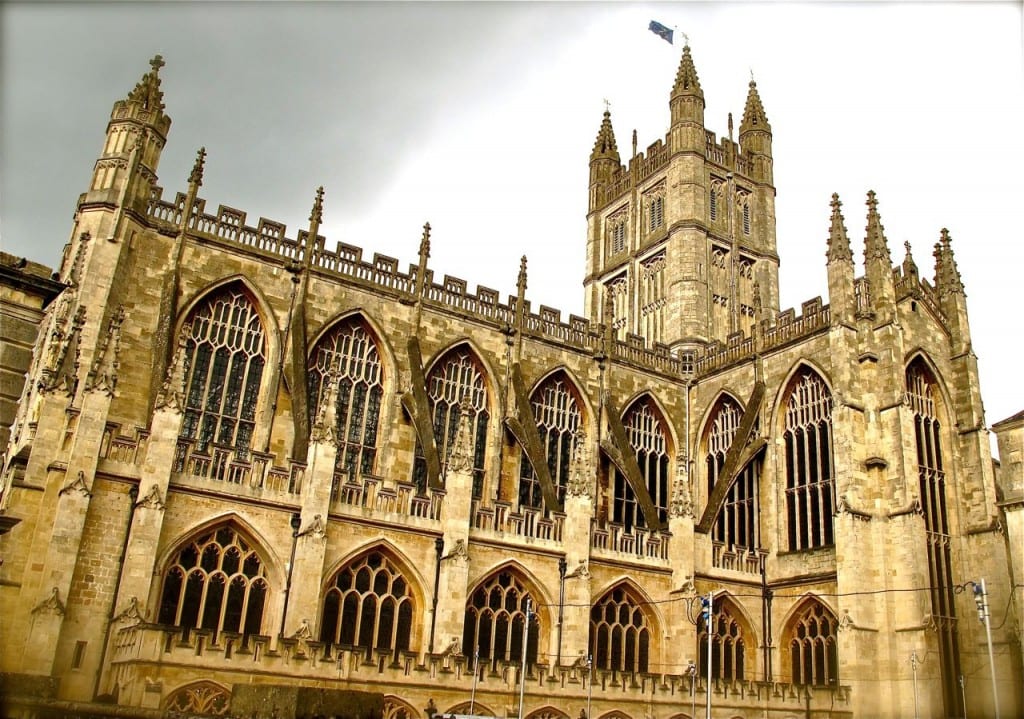 Made from local Bath stone, Bath Abbey is one of the most recognizable buildings in town. Situated just steps away from the Roman Baths, the Pump Room and Thermae Bath Spa, you won’t have any trouble finding it. If you have time, stop in for Evensong from the famous local choir.

For Janeites, download the brilliant free audio guide here for your iPod created by Bath Tourism Plus or the Bath movie map. You can also take a free guided walking tour provided by the Mayor of Bath’s office. Tours depart from in front of the Pump Room Sunday – Friday and last about two hours. I took the tour and it was one of the highlights of my time in Bath. For info, click here.

A fine Sunday in Bath empties every house of its inhabitants, and all the world appears on such an occasion to walk about and tell their acquaintance what a charming day it is.

15 thoughts on “Five Must See Sites in Bath”