As you’re well aware by now, my three weeks in England were largely spent mulling over my own Mr. Wickham and his dastardly deeds, commiserating with Jane Austen’s heroines and visiting all the key sites of her life and death. But, just between us, I didn’t just visit for Jane.

I spent the week before I arrived wandering in San Sebastian, trying to decide what to do and where to go next. When I realized Harry Potter and the Deathly Hallows Part 2 was coming out that very Thursday at midnight, the decision was made. I immediately booked a flight to London for a date with the Boy Who Lived.

After watching this trailer, how could I NOT go straight to Platform 9 3/4?

I couldn’t risk watching the final installment of HP dubbed into Spanish, could I?! I speak Spanish well enough to get by, but translating magical terms and wizard-speak is another matter. That had disaster potential, and I couldn’t take any more. Plus, what better place to witness the end of an era than inspiring England where it all started?!

I booked a cheap flight on Vueling and almost as fast as apparating, I was in fabulous London ready to brave the hordes of wizard-robed, wand-wielding fans at the midnight showing.

(I’m sure you’ll be totally shocked that viewing this movie at midnight in London was such a big deal to me, as I’m far from the biggest Harry Potter fan you’ll ever meet. I confess I’ve only read the last three books. I only win Harry Potter SceneIt every other time I play. I’ve only been to the Wizarding World of Harry Potter three times; and only one of those times was for a whole week to do the PR for the grand opening last June. 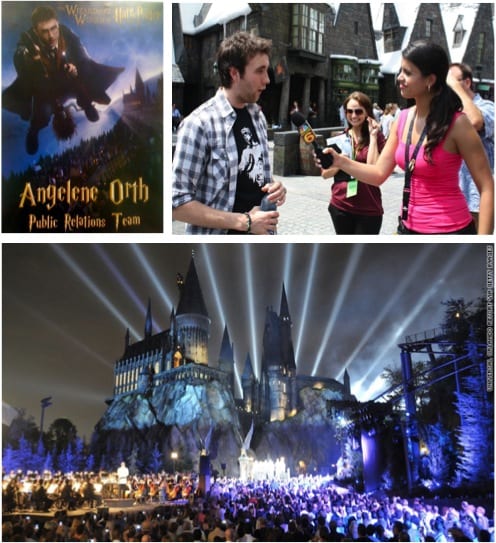 And I only have one authentic wand from the night of the grand opening, when John Williams conducted his famous Harry Potter score and I rubbed shoulders with all those adorable cast members. I’ve grown quite fond of Rupert, the Phelps twins & Neville Longbottom! And I only have one life sized Hedwig puppet. And I only teared up a little bit when I arrived at Universal Orlando for a PR briefing and saw a notebook personalized with my name in wizard font. WIZARD FONT!!! So yeah, not the biggest fan by a long shot.)

I saw the last few Harry Potter midnight showings in NYC with my best pals La La La Lauren and Painting the Town Pink, and we were prepared – booking tickets well in advance, gathering our gear (wands and Hedwigs) and queuing in the cold with thousands of other Potterphiles at the theater. It was a mega-event we planned our entire week around.

Given our fanaticism, you can rightly imagine my surprise when I rocked up to a theater in London and found that you not only didn’t need to book tickets in advance for the midnight showing, there were no lines, no excited wizards, no wands and no fanfare. Just a half empty theater of indifferent Muggles with no idea that they were about to witness the finale of the MOST EPIC STORY OF OUR GENERATION.

Despite the pathetic showing by the UK crowd, I was still googly eyed and inspired by the film, so you know what I did? I decided to incorporate some Harry Potter sites into my Jane Austen pilgrimage. Sure, Mr. Darcy and Albus Dumbledore make for strange bedfellows, but hey – different strokes for different folks. Here are some of my favorite Harry Potter sites – film photos first, followed by the real life shots. 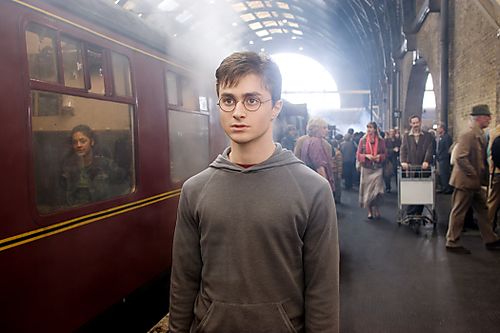 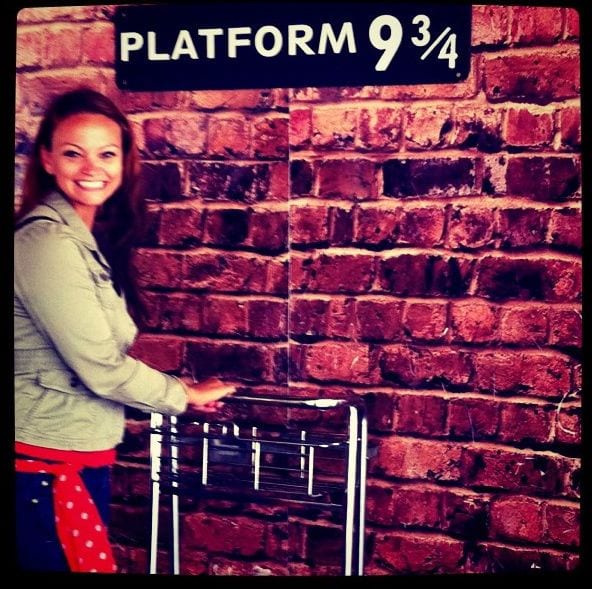 In the books, the Hogwarts Express departs from Platform 9 ¾ at King’s Cross Station. At the real life station in London, you’ll find the film location between platforms 4 and 5. I wasn’t sure if I was in the right place, so I asked a platform attendant.

“Hi, super random question for you,” I began, but before I could finish, he interjected.

“Platform 9 3/4? Right over there,” he said with a dismissive thumb pointed toward the trains. Right-o.

While you may recognize that spot from the films, there’s nothing particularly magical about it. For a prime photo opp, head to the entrance for platforms 9, 10 and 11 on the west side of the station where you’ll find a trolley magically disappearing into the wizarding world. Just outside, keep an eye out for the spot where the Weasley’s Ford Anglia takes off in The Chamber of Secrets.

In Harry Potter and the Half-Blood Prince, the Death Eaters brought the Millennium Bridge crashing down. Luckily for us Muggles, the magic world hasn’t crossed over in such a way just yet. Known by many as the Wobbly Bridge due to some early issues with swaying, the pedestrian bridge is the best spot to cross the Thames between St. Paul’s Cathedral and the Globe Theatre. 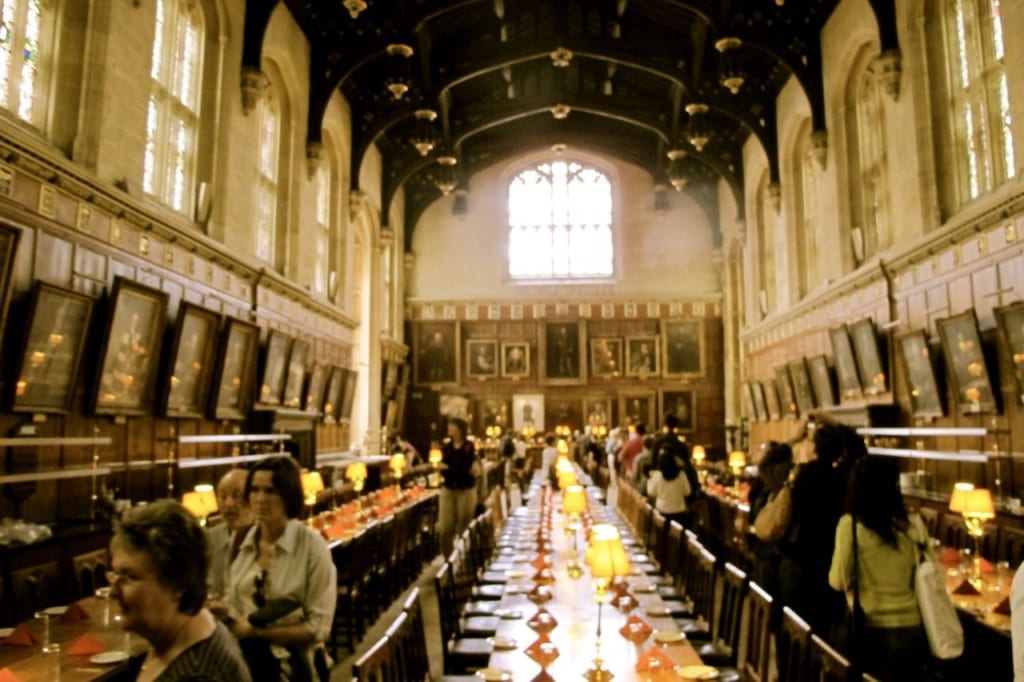 Oxford is known as the city of dreaming spires for all its gorgeous churches and universities. Christ Church’s Norman pillars and rows of tables inspired Hogwart’s Great Hall, where heaps of pivotal scenes take place in all the films. Floating candles and Sorting Hat not included. 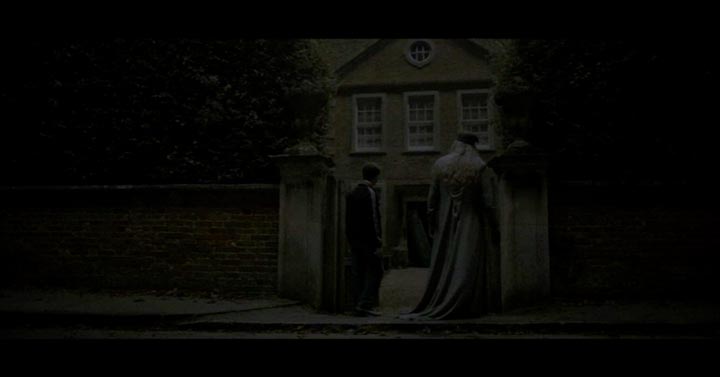 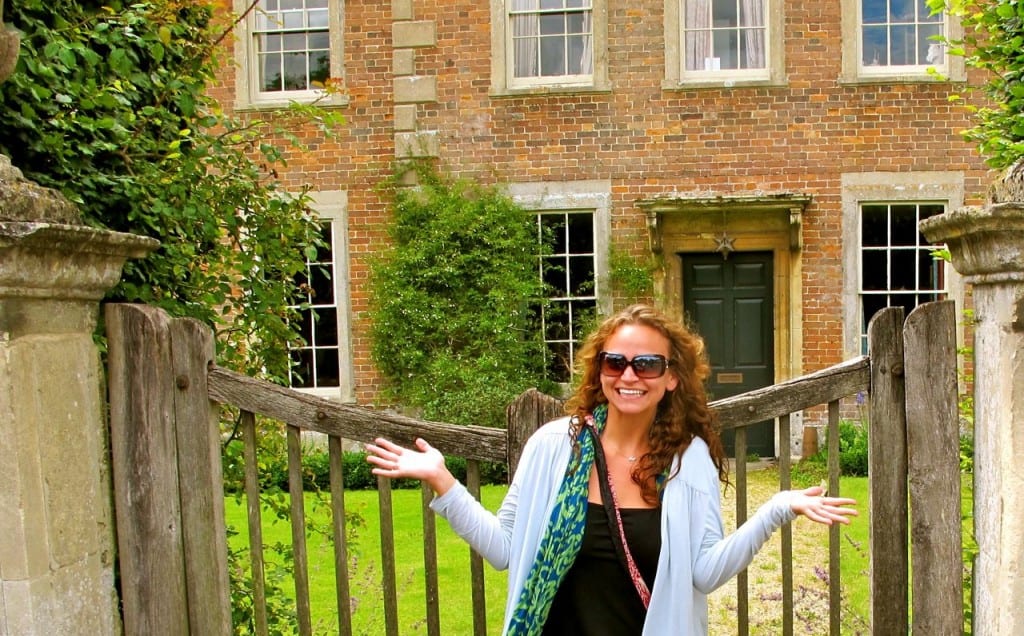 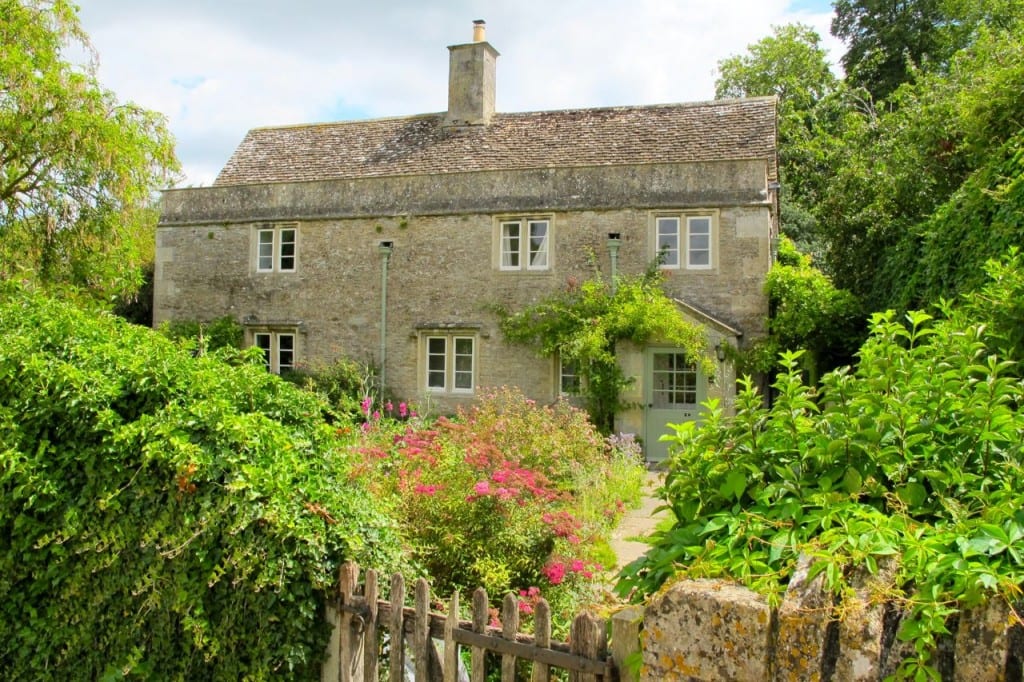 The Potter House in real life

In the town of Lacock in the picturesque Cotswolds, there are heaps of Potter locations (and Jane film adaptation locations, too!). I visited Professor Slughorn’s home and the house where Lily & James Potter were murdered by he-who-shall-not-be-named in 1981. It’s not too scary or magical in broad daylight, but who knows what happens once darkness falls and the fog rolls in? You can get to Lacock on a variety of day tours from London that often include Stonehenge or other countryside sites. Don’t miss it! 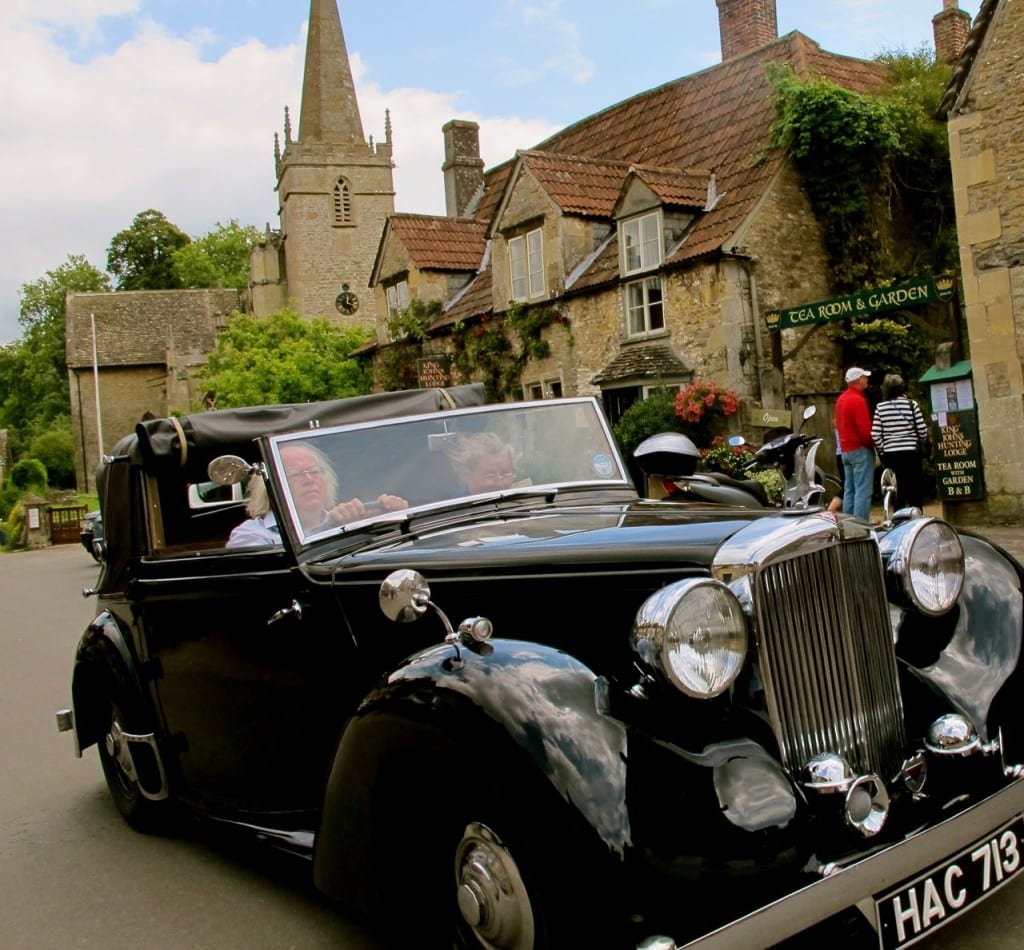 Lacock Village – a must see for Potterphiles & Janeites

If you have plenty of time to do a Harry Potter pilgrimage the right way, plan to speak Parsel Tongue at London Zoo’s Reptile House, visit Nearly Headless Nick and Moaning Myrtle and the Gryffindor Common Room at Gloucester Cathedral, get in touch with your Slytherin side at Hardwick Hall (aka Malfoy Manor) in Derbyshire and pick up some school supplies on Diagon Alley, a real place called Goodwin’s Court near Leicester Square.

If you have just one day to devote to Harry Potter fandom, check out the official WB Studio Tour on the outskirts of London, opening in 2012. There are authentic props, sets and memorabilia to satisfy all your magical cravings. Tickets start at £28 for adults and you MUST book in advance.