After visiting Jane’s grave in Winchester in the pouring rain and wandering the Hampshire countryside for hours on end like Elizabeth Bennet, and considering my recent dealings with my own Mr. Wickham, I could scarcely tell where Jane’s stories began and mine ended. (Repeated viewings of Pride & Prejudice and reading Mansfield Park & Emma helped, too!) 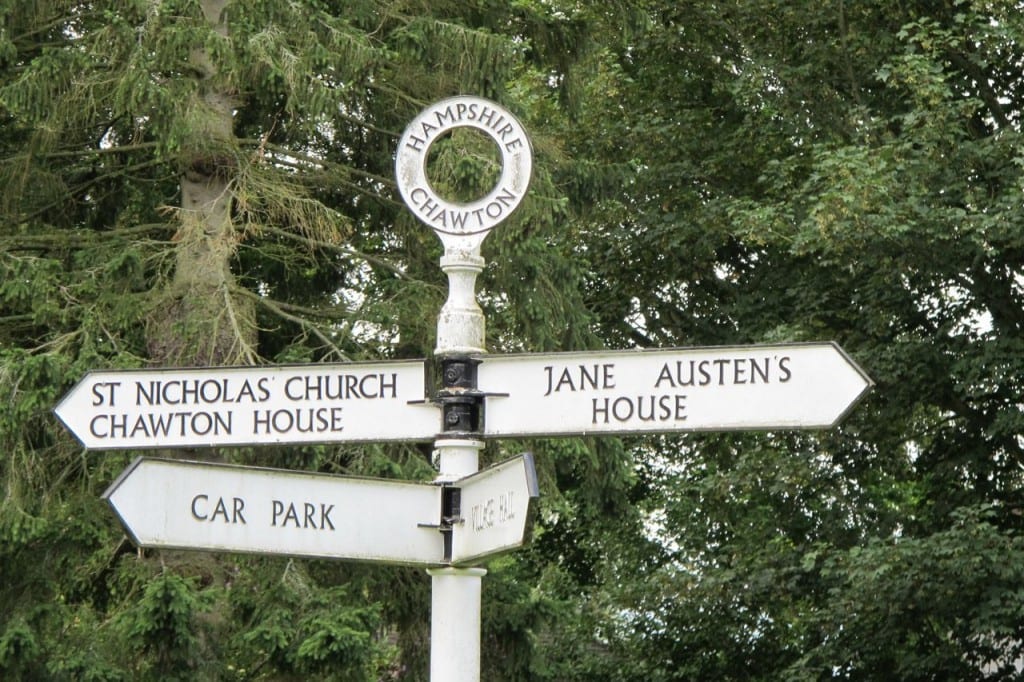 The time had come to make my way to one of the most important sites on any Jane Austen pilgrimage… the Jane Austen House Museum at Chawton. Chawton was easy enough to get to from Winchester. (Click here for directions.) I hopped a bus at the terminal in town, rode about 45 minutes through picture perfect English countryside and alighted with a few other excited Janeites at a non-descript bus stop in the country. We traipsed together across the highway, past a roundabout and down a grassy green street until the Janeite Mecca dreamily came into view. 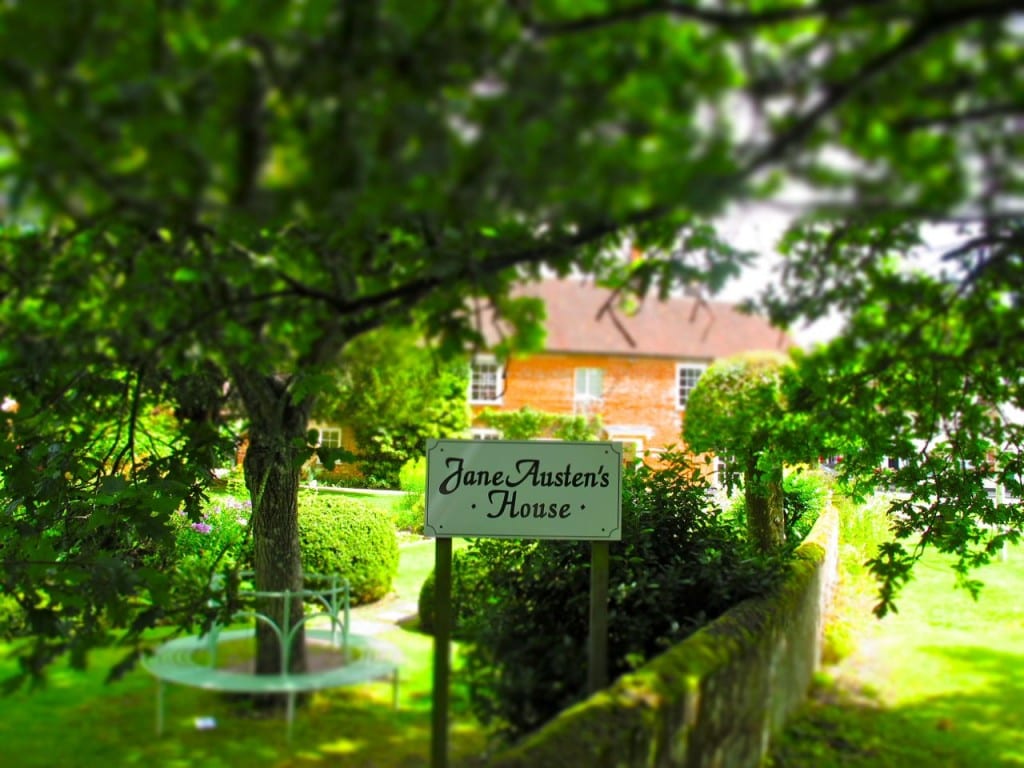 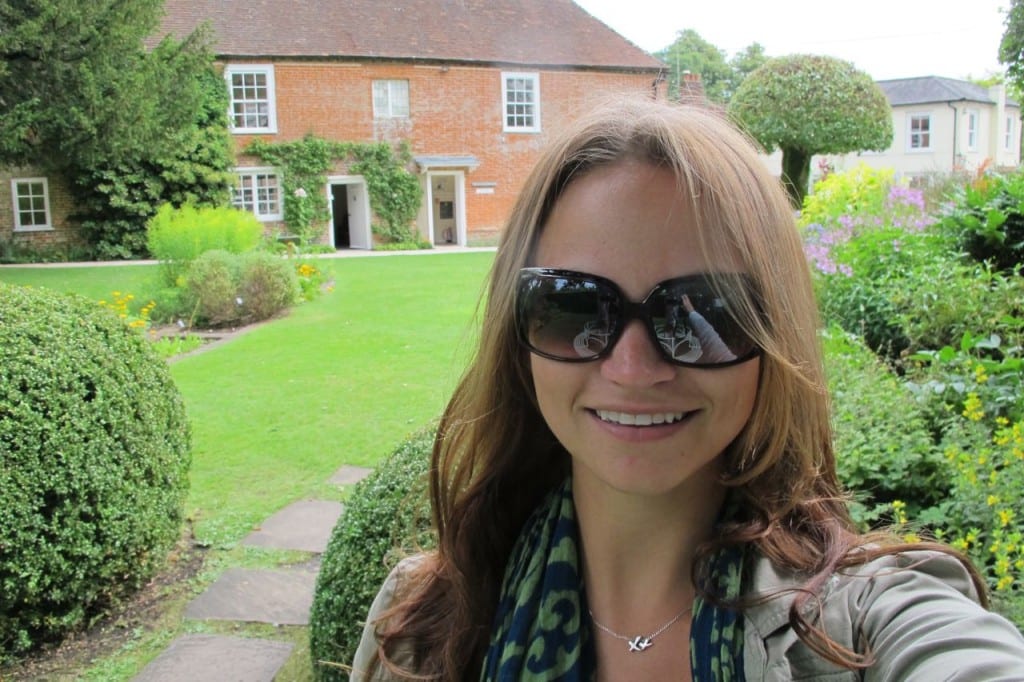 Janeites flock to Chawton Cottage, a modest brick home on an unassuming corner in the village because it was here that Jane sat for hours by the window dreaming up and writing down her stories. 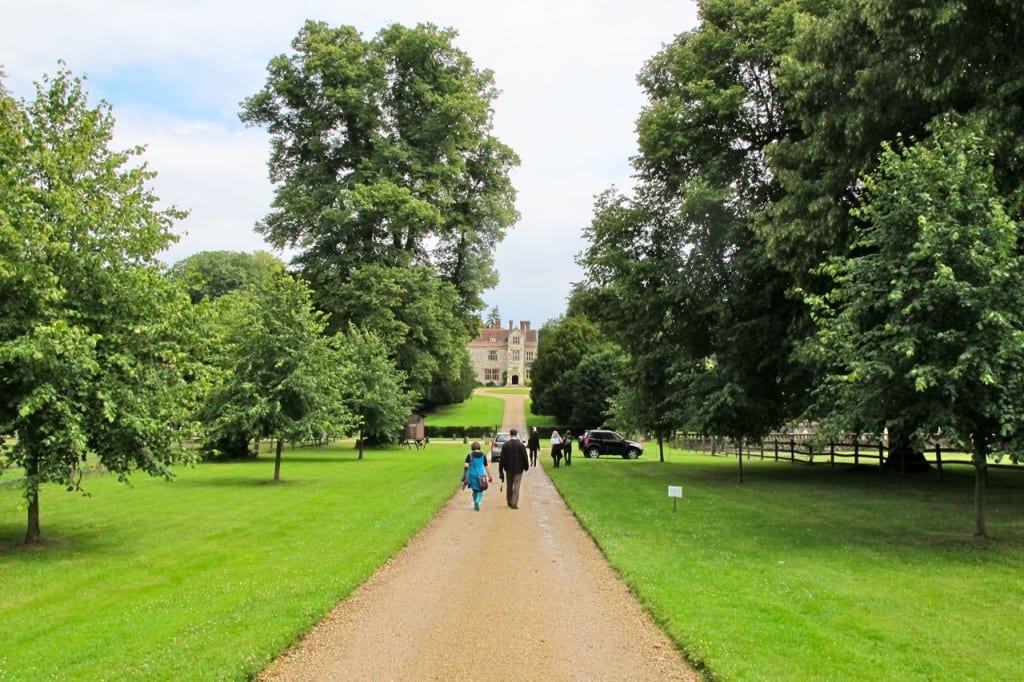 Chawton Great House, just down the road from Jane’s cottage

After a series of deaths and adoptions and moves, Jane’s brother Edward settled at Chawton Great House and offered his two unmarried sisters and widowed mother the former estate manager’s cottage rent free. The three ladies set up their home here in 1808, and it’s where Jane lived until she died in 1817. 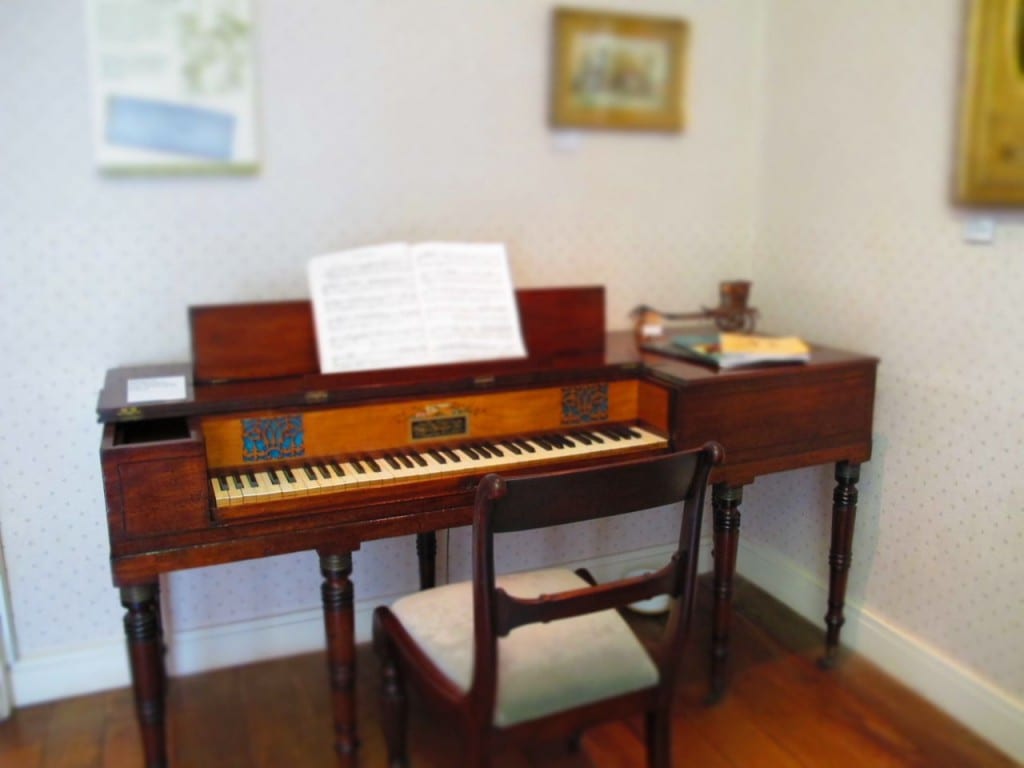 Can’t you just imagine Lizzy butchering a tune at the piano forte?

Today, Chawton Cottage is the home of Jane Austen’s House Museum, a fascinating look at 17th century life featuring lots of Austen memorabilia from real life as well as film adaptations. The collection features authentic letters from Jane, her writing table, family jewelry and a quilt she made by hand. 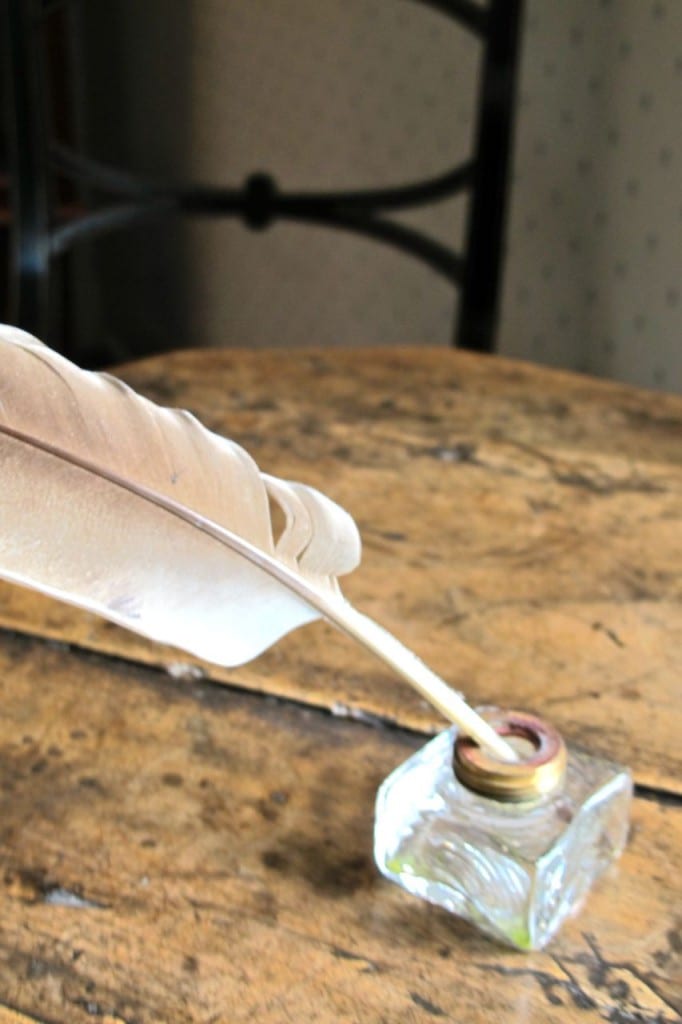 Jane’s writing table – I just wanted to sit and write all day!

It was at Chawton Cottage that Jane revised Pride and Prejudice, Sense and Sensibility & Northanger Abbey; she wrote Mansfield Park, Emma and Persuasion in their entirety in the years spent here. I was so inspired just being there! If I’d only had time, I believe I could’ve plopped down and written a novel myself in just a few days. (And as a result of this pilgrimage, I’m considering a short term move to England to get some more serious writing done…all thanks to Jane!) 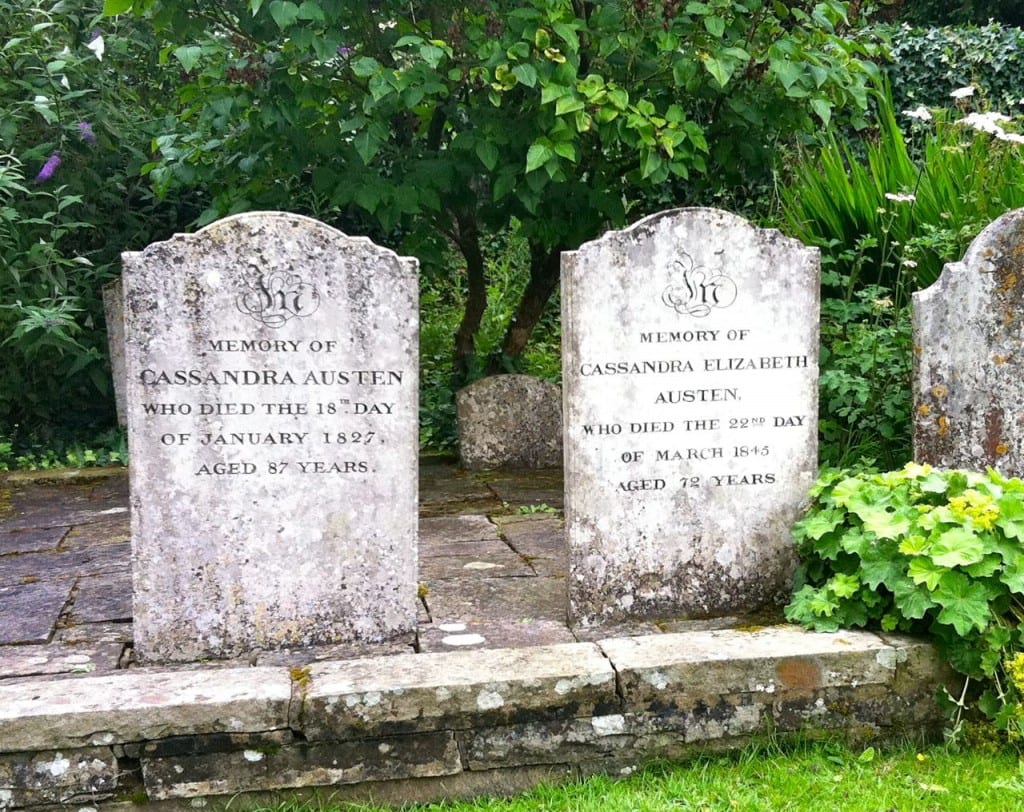 As you recall, Jane was buried in Winchester Cathedral, but her mom and Cassandra are buried in the churchyard at Chawton, near the Great House.

Today, the Great House is known as Chawton House Library, home to a magnificent collection of women’s literature written from 1600-1830. Visits are by appointment only, but I had no trouble emailing the day before to pop in for a tour.  Jane often came here to visit her brother of course, as the house is only a few minutes’ walk down the road from Chawton Cottage. You can actually sit in the alcove where Jane would have spent time socializing after dinner and dream about anyone but Mr. Wickham.

While the home is lovely, the climate-controlled library itself is a true wonder, with many rare books and manuscripts reaching to the ceiling, from the likes of Ann Radcliffe, Mary Robinson, Mary Shelley and Mary Wollstonecraft. Definitely a must-see for any bookworm.

It’s easy enough to find cheap flights to London and once you’re there, trains or buses are frequent and relatively inexpensive to the Hampshire area. I took a bus from Victoria Station and it took about an hour… easy as pie!

Coming up next… it’s not all about Jane! CS Lewis & William Shakespeare are on deck…