“To love at all is to be vulnerable. Love anything, and your heart will certainly be wrung and possibly broken. If you want to make sure of keeping it intact, you must give your heart to no one, not even to an animal. Wrap it carefully round with hobbies and little luxuries; avoid all entanglements; lock it up safe in the casket or coffin of your selfishness. But in that casket- safe, dark, motionless, airless–it will change. It will not be broken; it will become unbreakable, impenetrable, irredeemable. To love is to be vulnerable.” C.S. Lewis

Despite my last zillion posts, it turns out that the UK isn’t all about pouting over rotten English men, jilted countryside wanderings or Jane Austen and her bevy of cheeky heroines. Though I got a bit lost in Jane’s world and my own head for a while, I snapped out of it pretty quickly and remembered I had another writer friend to visit in Oxford – C.S. Lewis.*

Never having been to the university-centric Oxford, I did what any professional traveler would do. I showed up without researching any C.S. Lewis sites in Oxford, booked a dorm at the YHA and attempted to experience Lewis’ home from 1921 until his death in 1963.

My first stop was the Eagle & Child, a 360-year-old pub where the Inklings, a group of writers and scholars, used to meet to chat about scholarly, smart-guy topics. The first iteration of the Inklings included both Lewis and his pal, J.R.R. Tolkien, author of The Hobbit and Lord of the Rings. 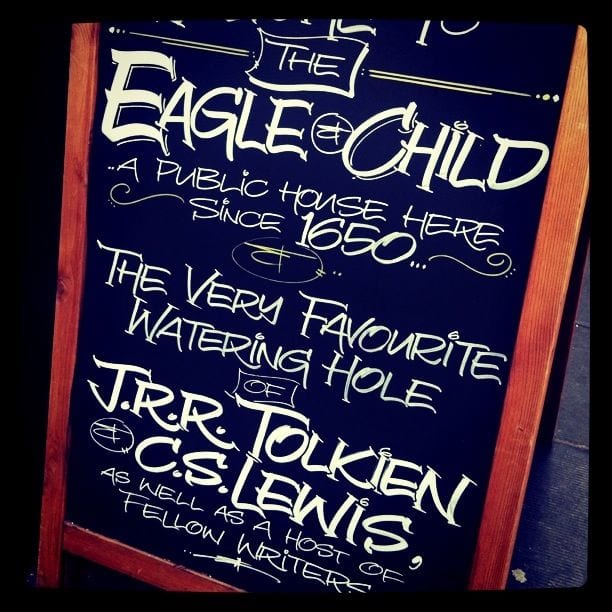 The Eagle & Child Pub, where Tolkien & Lewis bantered over each others’ fantastical stories

Do you think either of them, while sharing early drafts of the adventures of Narnia & Middle Earth at the pub, could’ve imagined the mainstream success and billions of dollars their fantasies would one day achieve? Surely not. That oblivion to potential makes me so hopeful!

You just never know what could happen.

*I realize that many folks only know C.S. Lewis, or Jack as his friends called him, as the author of the Chronicles of Narnia. I figured this out because the Internet exploded when Sarah Palin said he was one of her favorite writers and everyone accused her of only being capable of reading children’s books. While C.S. Lewis may be most famous for the Chronicles of Narnia and the hit movies they’ve recently spawned, they’re far from his best works. It should also be noted that while appropriate for kids, they’re heavy on allegory – check out this link to the trailer for The Narnia Code, where a local professor describes how he figured out what all that Narnia stuff is all about. For my money, I adore the Screwtape Letters, a creepy, one-sided look at a senior demon’s advice to his more junior student, but Mere Christianity is another favorite. If you’re one of those folks who thinks C.S. Lewis is a children’s storyteller and that’s it, I urge you to give any of his other works a try. They’re challenging and eye-opening! 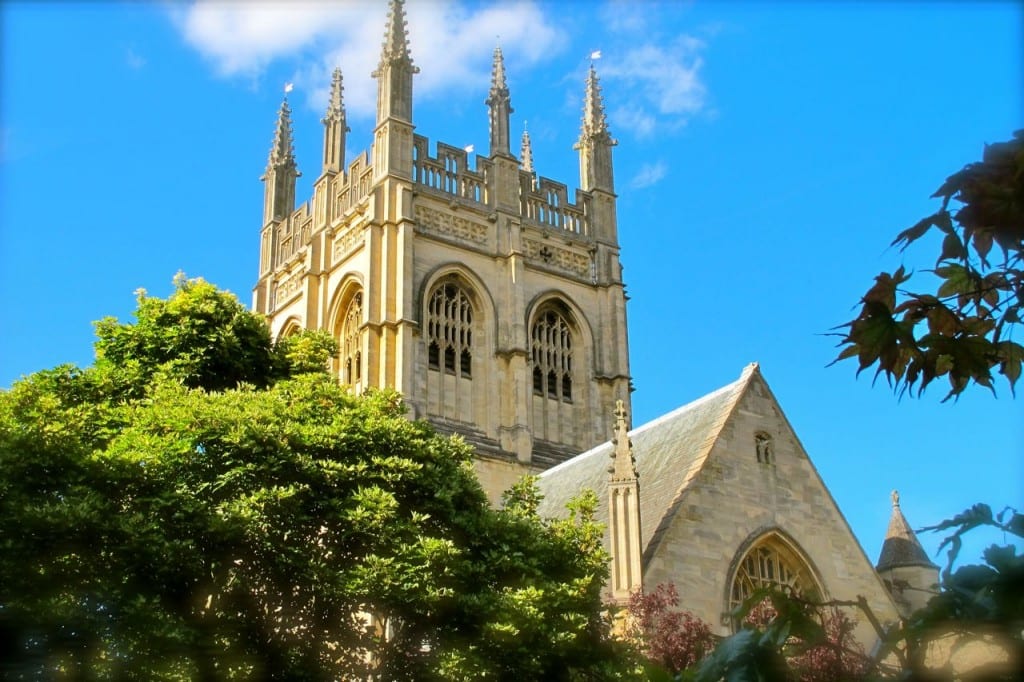 The C.S. Lewis Foundation offers a walking tour of places Jack frequented, but they didn’t have one scheduled while I was in town. Instead, I printed out the itinerary and did it myself, checking out Blackwell’s Book Shop, The White Horse & The King’s Arms, The Turf Tavern, Magdalen College and tower and the New Building, where Jack converted to Christianity in 1929.

Strolling around the streets of Oxford, I confess I felt awfully studious — like I should be wearing thick glasses and a tailored blazer while carrying a few dusty books to the library. I didn’t – in fact I think I was still holed up in Mansfield Park on my Kindle at that time – but there was an energy, a buzz presumably generated by the many scholarly brains at work that felt almost palpable.

Again, England and its sites and past inhabitants were inspiring me to get down to business and write a tall tale of my own.

“Write about what really interests you, whether it is real things or imaginary things, and nothing else.” CS Lewis 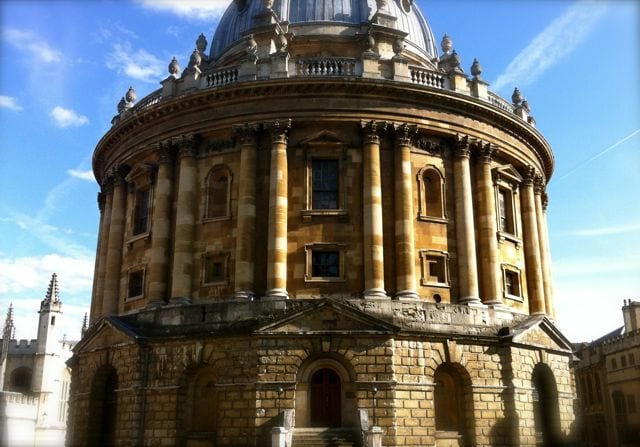 You don’t need much time in “the city of dreaming spires” to visit a few C.S. Lewis sites as well as the top sightseeing hits like the Radcliffe Camera, the Bodleian Library, the Carfax Tower, Christ Church Cathedral, Oxford Castle, Blackwell’s, etc. Notably, Oxford’ features architecture from the Saxons until present day, so it’s an ideal town to take on the history of England if you like a little visual reinforcement along the way.

Up next… Harry Potter’s England

2 thoughts on “C.S. Lewis sites in Oxford | In Search of Narnia”