One of the reasons I love when the rare opportunity when I get to travel with friends – I do things I just wouldn’t sign up for if I was traveling solo. When I saw cave snorkeling on our Bonaire itinerary I mentally zipped past the thought of enclosed dark spaces and potential encounters with creatures in favor of activities that were more my speed… like, you know, eating all the food. Bonaire has a surprising number of gourmet dining options, like La Cantina, Cappricio and At Sea, and we definitely ate ALL THE FOOD. But to counteract all those delightful calories, we had to weave in some serious physical activity between meals, so yoga classes, diving and yes, even cave snorkeling were on the docket.

Turns out, even though it’s not half as precarious as cave diving, I was a little more freaked out about cave snorkeling than I thought.

It’s not like I’m claustrophobic, officially. That is to say, it’s not up there with my one main phobia in that it doesn’t prevent me from most activities in small spaces. But frankly, I’ve run into that particular thing more than once in caves around the world, so I get antsy anytime I see “cave exploration” on a schedule.

First stop: the wet cave, where it takes a bit of fancy footwork, a rope and some coaching from the chiseled guide Leo to scamper down about 15 feet from the opening to the ground.

Once I made it safely to the bottom, I was surprised to find that the cave was quite toasty. I’ve visited many a cave in my travels, from Thailand to Central Florida, but this was the first one I’ve ever been in that was so humid and steamy.

” target=”_blank” rel=”noopener”>waterproof flashlights and briefed us on the layout of the cave’s rooms and the dark pools we’d soon be snorkeling in. By the time we began our move from the first opening through a small hole into the next dark room, I was covered in sweat and plunging into the cold water was sounding like a better idea with every passing second.

We contorted our way from the opening room into the next space, which was pitch black and filled with crystal clear, refreshing water.

With snorkels & masks on, we slid off the rocks into the water, taking extra care not to disturb the sediment on the bottom, as that would wreck visibility.

It was a disconcerting feeling to be swimming in the dark, with no visible sunlight and only the beams from our flashlights, but the water was clean and after a few minutes I felt pretty comfortable. I tried not to look around too much in case there were any you-know-whats scampering about, and I think that was probably a good idea.

For a little boost of adrenaline, experienced swimmers and breath-holders can dive under for a brief swim and pop out in another dark cave room entirely. I’m not about that breath-holding life, but Alex & Leo did it and they both lived to tell the tale. I stayed behind in the dark, while Steph and Kristin went back toward the opening.

Being mostly alone in the dark, in the water, in a big, echoing cave was a peculiar experience. I can’t say I’m dying to do it again, but I’m glad I did it once.

After we contorted our way back out of the wet cave, it was time to visit the dry cave…. whose entrance was little more than a hole in the sharp limestone ground.

“So you want me to climb down into that dark hole, right?”

I panicked a little on the inside, but for the sake of a good photo, I tamped down the fear and climbed in. I couldn’t let my girls down, you know?

Thank goodness for intrepid Leo. On top of making sure we got in and out of the caves safely, he shared all the science behind the 400 caves on Bonaire – the history and the geology and even local politics involved in protecting the island’s caves – making the excursion both adventurous and informative.

The dry cave was filled with fossils and stalactites and stalagmites and curious formations in the coral, and the deeper Leo went toward the back of the cave, the more I hesitated; the slower I walked.

I felt like I needed to stay as close to the escape ladder as possible. Call it bizarre intuition or hysterical lunacy, but I can just sense when you-know-whats are nearby.

I heard hushed murmuring among the Alex, Kristin and Steph who were walking well ahead of me in the cave. Having traveled with them all in various capacities, they know my phobia well and they’re great at warning me in case of bug emergency. Kristin said, “You know, Ange, you might want to stay where you are.”

And that was the end of my time on Bonaire’s caves. I scurried up that ladder faster than I anyone has ever moved and waited for the group outside among the cacti. Mission accomplished and I’m never going back down there again! 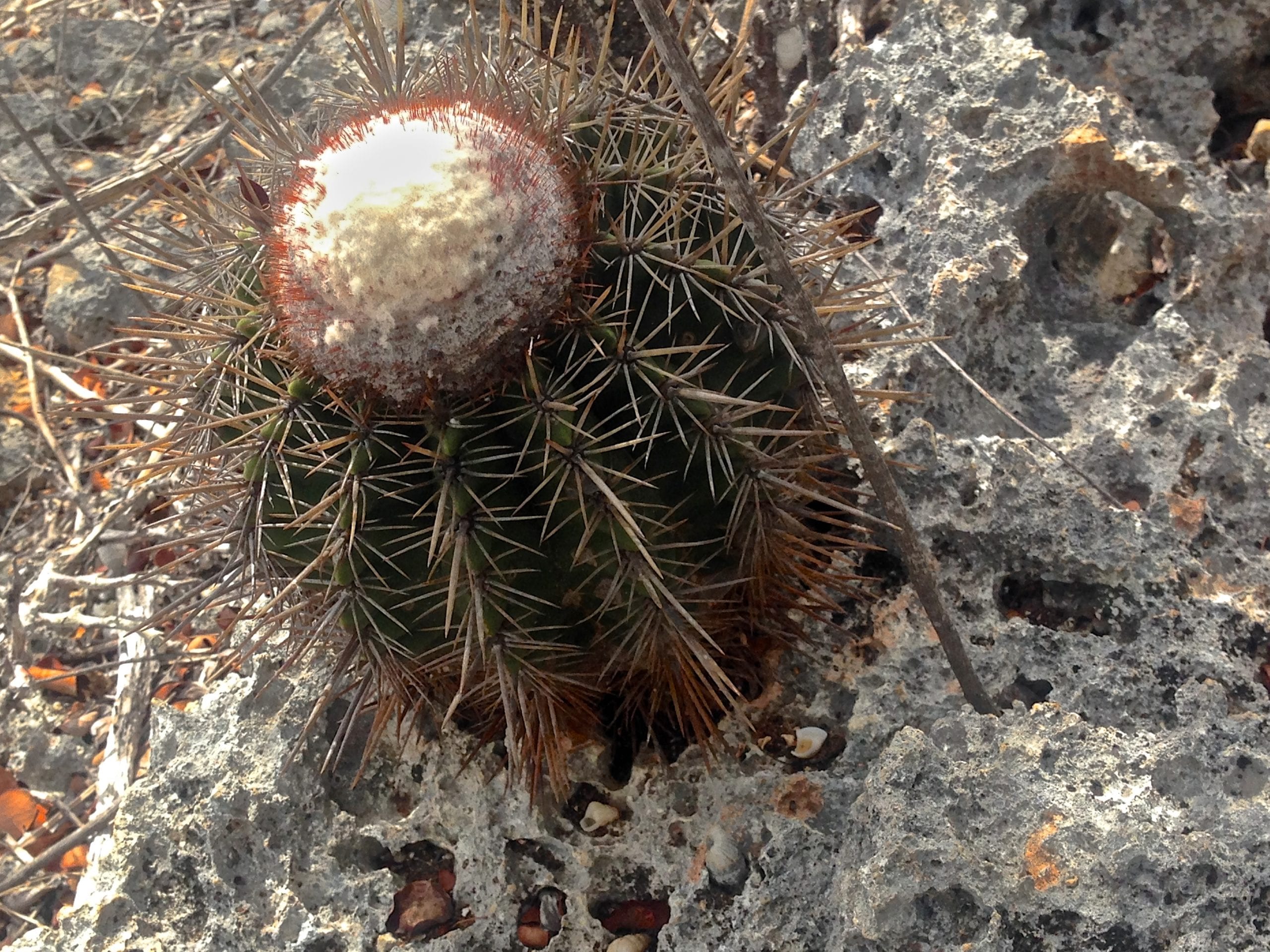 Do you have any phobias that cause you trouble during your travels? Would you snorkel in a pitch black cave?

Thanks to Bonaire Tourism and Flow for the adventure. All opinions, as always, are my own. Otherwise, what’s the point?

12 thoughts on “Cave Snorkeling in the Dark: an Unexpected Experience on Bonaire”