If there’s one common thread that prevents people from traveling the world, it’s fear. Fear of flying, of loneliness, of crowds, of trying new foods, of illness, of violence, of the unknown. It can certainly be healthy to have a little fear – that basic survival instinct keeps us alive, doesn’t it? As long as we use it to stay safe and not to hide out in the protective bubble of our comfort zones, respectful and rational fear is a really convenient way to survive.

But what if it’s an irrational phobia keeping us grounded? If you’ve been along with me on this adventure for a while, you know I mostly write about the shiny, inspiring aspects of living the travel lifestyle. And if not shiny — certainly funny. Occasionally I’ll peek behind the curtain to discuss public relations, social media and blogging because I have a lot to say and a unique perspective from both sides. Once in a blue moon I’ll rant about bad customer service, but mostly everything around here is beautiful traveling deliciousness.

That is to say… I prefer to write comfortable stories that conveniently leave out my own personal fears and/or weaknesses. Meep. Instinctively, I push the fears out of sight where no one else can see them, and where I don’t have to deal with them.

In Costa Rica, I bonded with two women who share my biggest fear, and I realized that there are likely many more folks out there who suffer in the same way. This phobia nearly sidelined my whole travel lifestyle before it got off the ground, and I’d hate for that to happen to anyone else, so I decided to confront this (little) beast head-on… with a post.

What I’m afraid of is unfortunately… everywhere. In every country in the world. In lovely homes, luxury hotels, in the seediest hostels and the cleanest, on walls, in showers, in the market, on the floor right by your foot, hidden in the dark corners of your suitcase…

I can’t explain why I have this fear. Perhaps it’s the inimitable indestructibility, the crunchy, tank-like exterior or the way the object of my fear skitters and scatters when the lights turn on. (If you could see my face right now as I type… )

All I know is I’m petrified (so petrified that I can barely type the word) of … cockroaches.

“A phobia is usually defined as a persistent fear of an object or situation in which the sufferer commits to great lengths in avoiding, typically disproportional to the actual danger posed, often being recognized as irrational. In the event the phobia cannot be avoided entirely, the sufferer will endure the situation or object with marked distress and significant interference in social or occupational activities.”

Y’all know I’m not a wimp. I’m not the least bit afraid of potentially deadly creatures like sharks, spiders or snakes. When I unwittingly sat on a snake on the toilet in Kenya, I didn’t even scream. I was all, “Oh gosh, a snake.” I’ve had one slither across my bare foot before and I barely blinked. I certainly didn’t run for my life, screaming like a madwoman. (Yes, I scream like a madwoman and run for my life when there’s a roach. I really do.) I smashed a spider with my bare hand just the other day. NBD.

When I spot a shark while diving or snorkeling, I actually smile underwater. I don’t swim in the other direction – I go toward the shark. Who does that? Especially in light of my reaction to a creature decidedly smaller and less dangerous?

It’s embarrassing for me to admit this cockroach issue, also known as katsaridaphobia, because it is so irrational and nonsensical. Would that I were afraid of meth heads or serial killers – that would make sense.

Or better yet, why couldn’t I be terrified of something I never encounter, like anteaters or handsome, straight, rich, single men?

Why do I have to be scared of the one creature that I can’t escape?

Growing up in the American South, you can imagine I had my fair share of traumatic bug encounters. We Floridians face the most menacing of all roach species – the Palmetto bug — a flying weapon of the underworld that seems to exist only to ruin my life. (Now I’m sweating.) I haven’t slept in my family’s lake house for 20 years because there used to be quite the critter problem in the rustic cabin. How many times did we go out there for the weekend and at bedtime, I retired to my car? Yes, I slept in my car, alone in the woods, rather than face the possibility of seeing a palmetto bug in the house with my entire family.

Think I’m exaggerating? Nope. As long as I’ve been old enough to purchase my own pesticides, I’ve basically lived in a carcinogen cloud. Immediately upon entering a new space, no matter where I am, my eyes dart around the room looking for buggy movement. I couldn’t type cockroach into Google to research for this story because I knew images would appear and even seeing them on a screen sends me into a tizzy. (And you’ll notice there are no visual representations in any of the photos within this post. No way.) In college, I tried therapy at the Student Counseling Center – hey, 10 free sessions! Unfortunately my counselor suggested I go to the store to purchase some rubber cockroaches so I could SIT IN THE SAME ROOM WITH THEM. I never came back, and I’m pretty sure she now uses me as a case study. One of my top 3 reasons for considering getting married is to have a built-in cockroach eliminator.

If you can’t relate, you might be asking why I don’t just smash them.

I can’t. I just can’t. The sight of one sends me into a full-on panic. I cry, I swear uncharacteristically, I hyperventilate, I throw magazines, shoes and glassware with ninja precision.

I run away, fast and far. Sometimes I never come back to the place where I encountered the nasty critter.

As you might have guessed, katsaridaphobia greatly impacts the way I travel. The most important factor in choosing where I sleep, be it hotel, hostel or new apartment complex, is the absence of cockroaches. I could live in the worst neighborhood in town, and as long as my place was blissfully roach-free, I’d be happy to dodge bullets and drug dealers. Unfortunately, roaches are indiscriminate in their choice of living conditions … they’ll go anywhere.

I have changed travel plans many times to avoid potentially coming into contact with these dastardly fiends. Once, I was scheduled to take an overnight train from Vientiane, Laos, to Bangkok, Thailand, with my tour group. When our leader casually mentioned the roaches that one usually encounters on the dark train, I found the first Internet café I could and booked an expensive flight to Bangkok instead. I now check TripAdvisor for roach mentions, and I will not stay somewhere that has any such reviews.

Speaking of Thailand, I know everyone in the travel world thinks Chiang Mai is the bee’s knees, but I found it to be so roachy, I couldn’t wait to get out. I nearly mowed down a group of unsuspecting little old Thai ladies when a mass of roaches skittered near my feet in the market.

In another Thailand incident, I exploded out of my villa on Koh Yao Yai, utterly terrifying the groundskeepers and staff who were just going about their morning routines. I’d been brushing my teeth when I looked down and saw, you guessed it, a flipping cockroach, near my feet. In my haste to escape, I dropped the toothbrush in the sink and burst out of my room, literally foaming at the mouth. All the dear staff came running at the sound of my screams, only to see a hysterical Farang who looked to be in the throes of rabies. I ushered at least 7 workers into my room where I pointed out the villainous cretin.

“It’s dead,” said the groundskeeper, as everyone turned to look at me like I was insane.

“I KNOW!” He proceeded to pick it up with his bare hands and I ran out the door screaming yet again.

In Australia, I was just about to step in the shower when I saw an enormous creature standing sentinel on the drain. I ran out of the bathroom screaming and called the front desk for assistance. The response?

A typically Aussie, “Can’t you just kill it yourself, mate?”

Kill it myself?! I was more likely to kill the nonchalant man on the phone than I was to kill the roach.

Now, I pack pesticides and drain covers in my suitcase. I’m 100% more likely to choose a hotel with mosquito nets than without.

I could write a book about every cockroach experience I’ve ever had, because I remember them all so vividly. Each time is a trauma, worse than the last. So when folks tell me, “You’re so brave for traveling by yourself,” all I think of is how I’m actually terrified of a tiny, stupid bug, and how that one fear has shaped so many decisions I’ve made in my life.

So why am I confessing this silly, irrational fear to the whole Internet?

Because one of the reasons I almost didn’t travel around the world was because of this fear. I imagined all the roaches I might meet and all the ways their horrifying, barbed legs might touch me. (Dear God, I’m barely conscious right now just thinking of it.) I could’ve stayed home in my pesticide palace and done my best to avoid being scared out there in the roachy world. 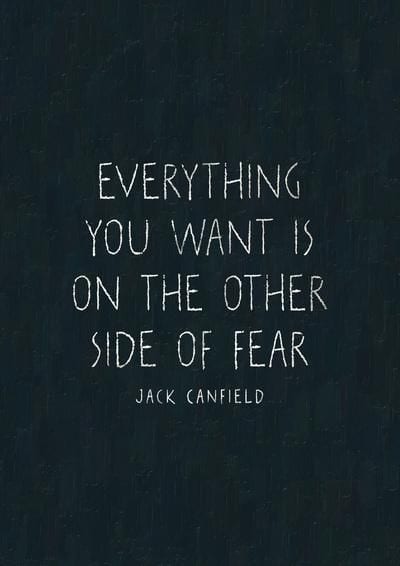 But I didn’t stay home. Sure, I had some roachy run-ins along the way, but I didn’t let my often debilitating phobia stop me from going after my dream of traveling around the world. 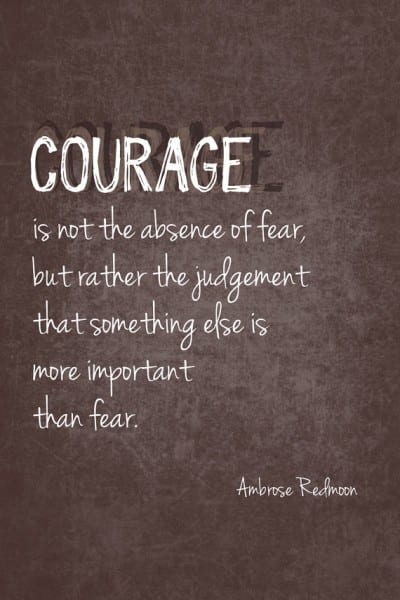 There is a lot to be afraid of, real stuff, too — not just irrational fears of bugs. Whether your phobia is spiders, heights, ruffians, thugs, poison ivy, quicksand or men with pointy teeth, if a life of travel is what you want, don’t let any fear, big or small, get in the way.

What’s your biggest phobia? Has it ever kept you from traveling or doing something you wanted to do?

Do you have a horrifying roach tale? Cool. Please don’t tell me.