While I found New Zealand and Australia to be so much like home I barely noticed a difference, traditions in SE Asia required a bit more attention and caution. I took photos of the following illustrations posted in the customs office at the border. Now if you ever visit Laos, you won’t look like a jerk.

Feet off the table!

Caption: In Laos, your head is high and your feet low. Using your feet for anything other than walking or playing sport is generally considered rude.

Please note the character with the ginormous feet is drinking beer and eating French fries – a dead giveaway that he is an idiot falang (a falang is a person of European descent – think of like the Hispanics calling Americans “Gringos”). Perhaps we can also do away with putting our giant feet on tables back home as well.

Caption: Monks are revered and respected in Laos. Women should not touch monks or a monk’s robes.

Monks are not to be treated as costumed Disney characters. Please keep your skanky falang midriffs off of them.

Caption: Kissing and hugging in public is impolite. Please be discrete.

What do you think this is – Paris? NO PDA in Laos, please.

Caption: The use of drugs is illegal in Laos. The consequences may be severe for you in Lao society.

This is the one photo on which I must beg to differ, having been to Vang Vieng and seen for myself the “happy shakes” and whatnot for sale on the menu. And the passed out drunk Laotians & falangs floating down the river…

Up next… New Year’s in April

I’m Taking the Train! Highlights from 6 Weeks with Eurail

Reflections From The Road | Vol. 12 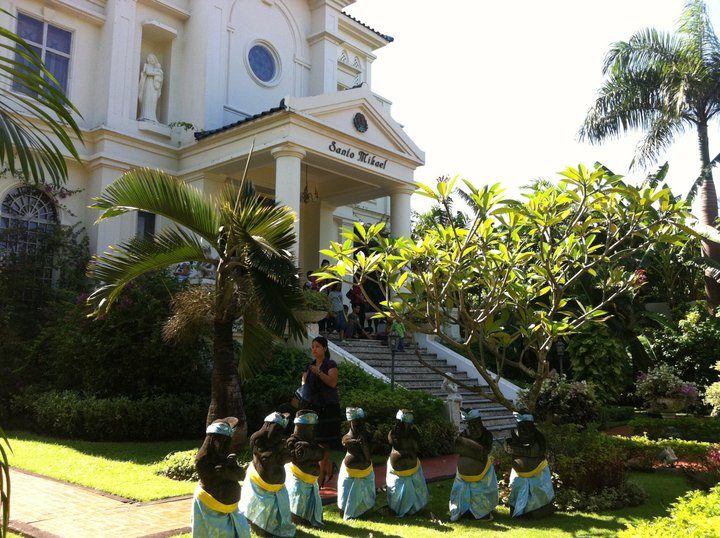