You may recall my impassioned post Why Hostels Make Me Hostile from a while back:

“I don’t have a love-hate relationship with hostels; I just hate them. I realize this puts me in the shunned minority of long-term travelers who aren’t as hardcore as the rest, but I truly dread everything that makes hostel life so stinkin’ magical to everyone else.”

When I wrote those words, I had all but sworn off hostels except in emergency situations. I’d had so many rotten experiences in dorms, and as a very light sleeper, somehow I always found myself in a room full of jack-hammering snorers and 5 a.m. plastic bag rustling jerks and teenager sink pukers. Really.

Then I met Colm Hanratty from HostelWorld.com at TBU and he convinced me to give hostels another try. (He even wrote his own impassioned rebuttal to my original post.) He organized two stays for me: one in a private room at the YHA London St. Pancras and one in a 12-bed dorm at a colorful former prison in Ljubljana, Slovenia, the Hostel Celica.

Apprehensive and convinced I wouldn’t be convinced to change my mind about hostels, I still tried to keep an open mind. Colm made some great points in his rebuttal about hostel life – about staying in cool places, enjoying camaraderie of fellow travelers and most importantly, saving money on accommodations that you can then spend on other big ticket adventures, like shark cage diving, bungee jumping and scuba.

So I dove right in to our little experiment… and guess what I realized? 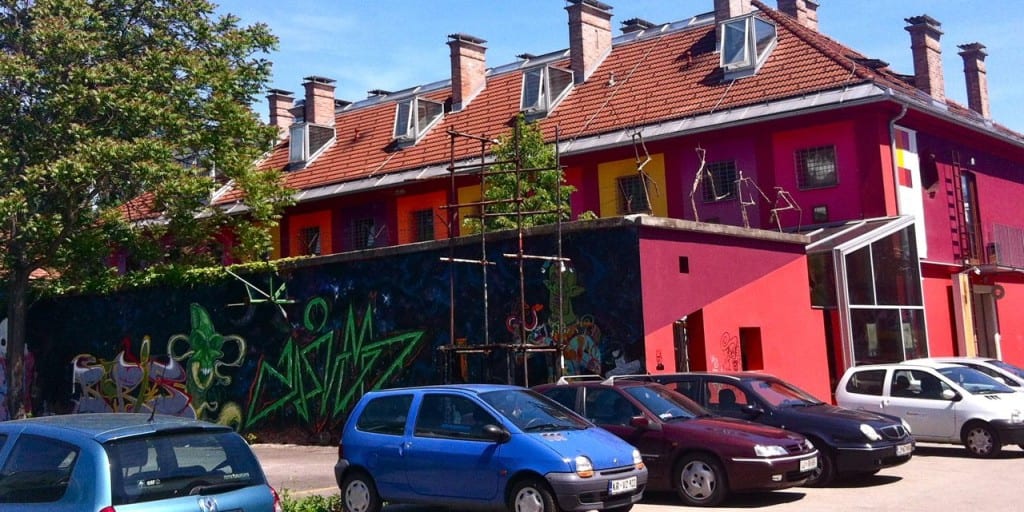 At the hostel in Ljubljana, I met a really fun Australian guy who was bunking the bed next to me. We hit it off and ended up hanging out for 48 hours, hiking around Lake Bled on the most gorgeous day and having a picnic in the park. A few days later, I met up with him again in Zagreb and we visited the Museum of Broken Relationships. While I still wasn’t crazy about the 12-bed dorm, it was certainly manageable (with earplugs!) to make such a fun new friend.

And the St. Pancras YHA in London was in such a great location! Had I stayed in a hotel down the same street I would’ve spent a minimum of $300/night… and at that rate, I couldn’t afford to do anything else.

Hostels aren’t for everyone, and I’m always going to prefer a 5-star hotel for comfort and quiet – BUT, for the solo traveler on a budget, the very best way to meet fellow travelers is in a hostel. And since you can almost always book a private room, you can still get your peace when you need it.

My hostel hostility is now toned down to a respectful appreciation of what hostels are, and what they aren’t.

Thanks for the second chance, Colm & Hostelworld.com!

23 thoughts on “My Dwindling Hostility Toward Hostels”