I met Colm Hanratty, Editor of Hostelworld.com, in April at Travel Bloggers Unite in Italy where I told him all about one of my most popular posts of all time, ‘Why Hostels Make Me Hostile.’ He challenged me to give hostels another chance, and I accepted – but more about that later. In the meantime, Colm has written a rebuttal to my not-so-rosy opinion of the hostel experience. Take it away, Colm….

The first hostel I stayed in was in Byron Bay, Australia in July 2000. Even though I’d been living in Australia for nine months at that stage, I’d never experienced hostel life before. I was extremely apprehensive – I made sure to book a hostel that had private lockers and I wasn’t extremely forthcoming in terms of chatting to others staying there.

Three hostels later though, everything changed. I struck up conversations with whoever I was sharing a dorm with, went out with others I met destination after destination (that happens a lot on the East Coast of Australia) and experienced new cultures in all four corners of the globe.

There’s no doubt about it – I’ve a lot to thank hostels for. I could think of many reasons why I love hostels, but for the basis of this post, I’ve wrangled that list down to five…

1. I love meeting people from all over the world

The last stop on that trip up the east coast of Australia I’ve just mentioned was Cairns. I stayed in a hostel called Caravella’s. Upon checking in to my room I introduced myself to my three other dorm mates (all female) and began to talk. One hour later they told me I hadn’t shut up in 60 minutes. I didn’t really see this as a bad thing if I’m honest. Thankfully, neither did they. We were having ‘the craic’ as we’d say here.

Since then I’ve had similar experiences in hostels in Los Angeles, Mendoza, Cape Town and other cities around the world. I love how people are so open in hostels. It simply is a case of sitting down in a common room, kicking off a conversation with ‘Hi, how are you?’ and seeing where the chat goes from there. You can’t get this in any other form of accommodation. Fact.

2. Staying in hostels left me with money to afford experiences I’ll never forget (as well as my own privacy)

One of the biggest attractions with hostels is price. They’re budget-friendly. In some cities you can get a dorm bed for as little as $2. But if you don’t want to sleep in a dorm, don’t worry – over 82% of hostels listed on our site have private rooms.

The thing you need to remember is that a lot of the people who stay in hostels could afford to stay in hotels – they just choose not to. Part of the reason for this is because people like meeting other people. Another part of the reason is that, by staying in a hostel, it leaves your average budget traveller with more money to do things like go on helicopter rides around Manhattan, spend three days sailing the Whitsundays in Australia and go hang-gliding in Rio de Janeiro. Which would you prefer – unforgettable experience and a hostel stay or forgettable experience in a sterile hotel and not many other memories to add to it?

My job is to travel the world making videos, writing blog posts and getting content for our free pocket guides. I know – tough job. But hey, somebody has to do it. To make the content in all of these forms of travel guides as valuable as possible, I need tips and information that are hard to find. While I know many cities very well around the world, I certainly don’t know all of them. This is where hostels are so useful.

The staff in hostels know their cities like the back of their hands. Go up to any reception in any hostel around the world and ask ‘Have you got any restaurant recommendations?’ and you’ll be lucky to get away within ten minutes of asking. I know hotels do their best, but the tips and the manner in which you’re given them in hostels isn’t matched in any other type of accommodation.

I don’t care if you’re a millionaire staying in one of the hotels on 59th St in Manhattan overlooking Central Park – everybody loves free stuff. Guess what? Hostels offer more free stuff than anybody else. This includes free WiFi, free breakfasts, free walking tours, free iPads (it’s true) and free beer (also true). Other forms of accommodation don’t offer these. So for me, this is a no-brainer – if you like free stuff stay in hostels.

5. I’ve slept in some unique places because of hostels

I’ve been lucky enough to have experienced some extremely unique sleeping arrangements in different cities over the years thanks to hostels. I’ve slept on a jumbo jet and two boats in Stockholm, I’ve spent a night underground in Coober Pedy, in a capsule in Tokyo and in a building that resembles something out of Middle Earth in Co. Sligo, Ireland. I’m not saying hotels, bed and breakfasts and other types of accommodation aren’t in unique places because they are. But staying in them expensive. Choose a hostel in a location that little bit out of the ordinary and it won’t be too painful on your budget.

My advice? Stay in hostels – you’ll meet people from all over the world, stay in extremely unique (and not to mention central) locations, and reap the benefits of free tours. If you’re worried about snorers or noisy neighbours, as previously mentioned, you’ll have the choice of private rooms most of the time.

Even though I’ve documented my distaste for hostels, Colm is pretty convincing, isn’t he? And it doesn’t hurt that he has a charming accent! With a little nudging I accepted his challenge, so stay tuned for details of my return to the world of hostels… and let me know in the comments – what do you think?

Are you pro or anti-hostel?

Adventures at Home | Trapeze School in Florida
Visiting Petra, Jordan: A Guide to the Rose Red City
SHARE AWAY
JUMP TO COMMENTS 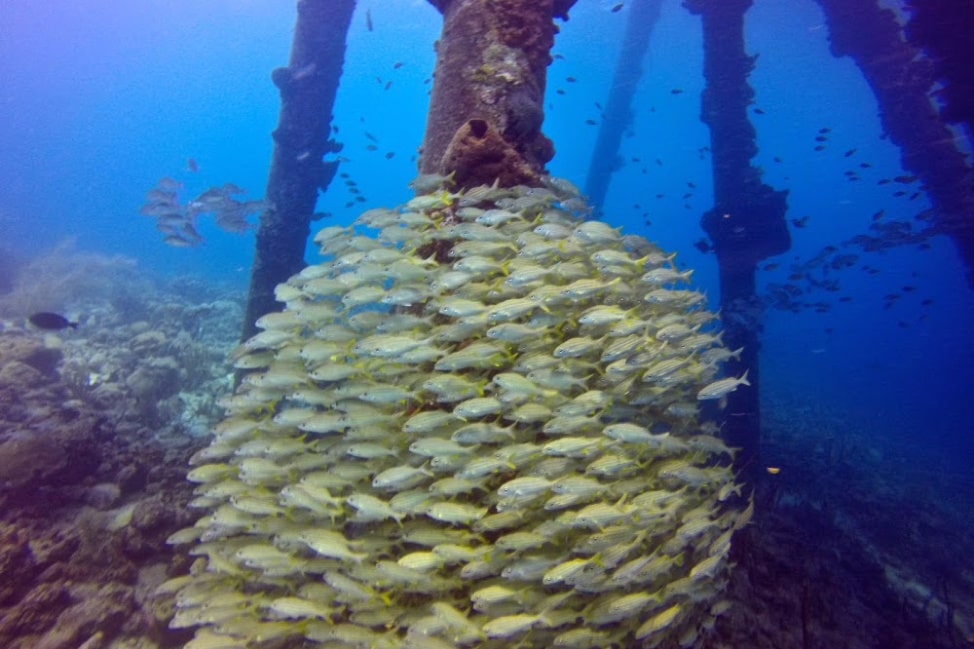 Things to Do in Bonaire: Everything You Need to Know!

Rome Wasn’t Built in a Day, Do As the Romans Do, and Other Cliches