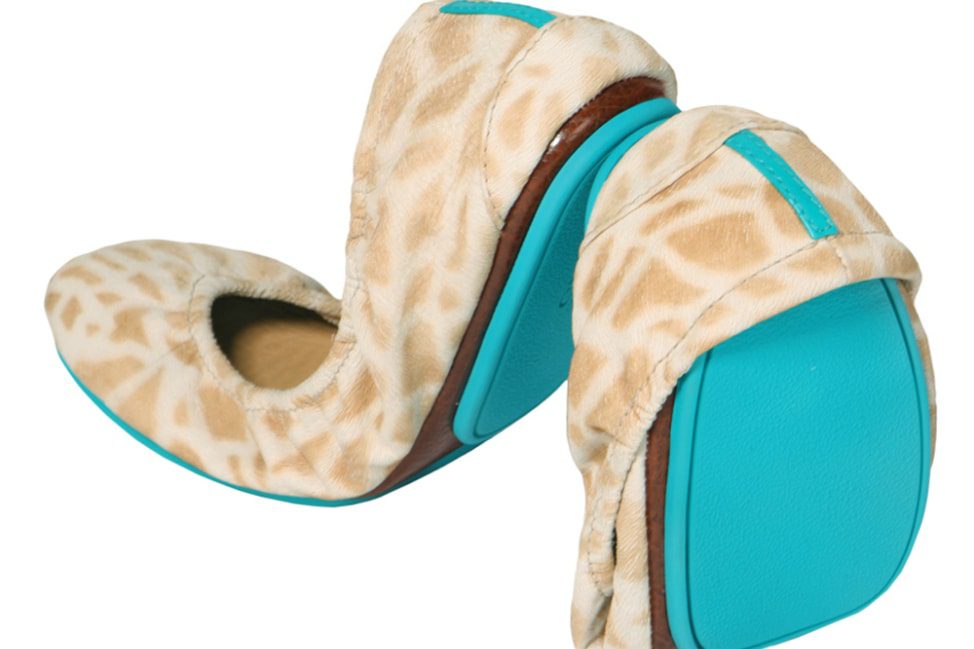 Tieks Shoes- Are They Really The Perfect Travel Shoe?

First of all, Oprah does. And you know if Oprah is doing something, that means it’s more than good enough for the rest of us, am I right? (Put it out of your head that Oprah could literally afford to buy all the Tieks in existence and just stick with me for a second…)

I’m sensing you want some more concrete evidence that Tieks are the fabulous, foldable, absolutely-ideal-for-travel shoes they claim to be.

Good news. I tried Tieks shoes out so I could help answer just that question! 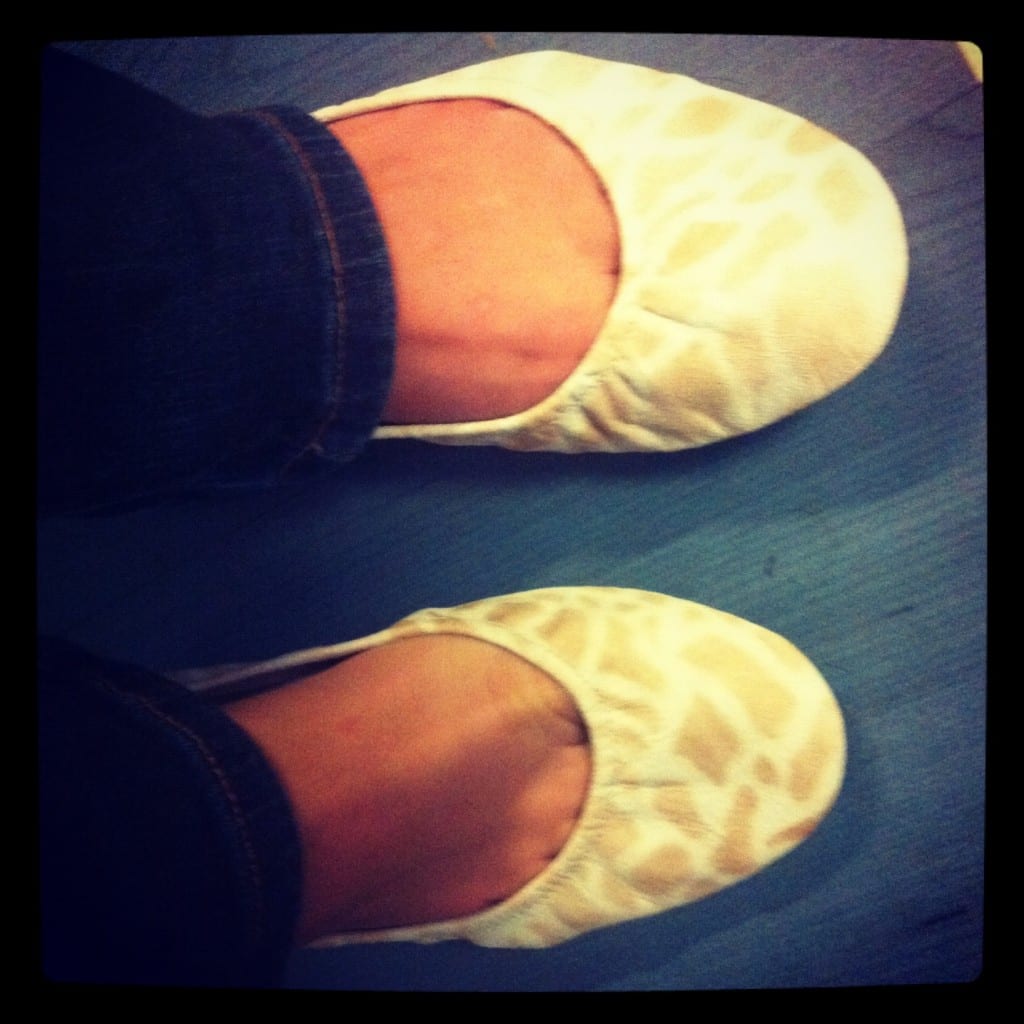 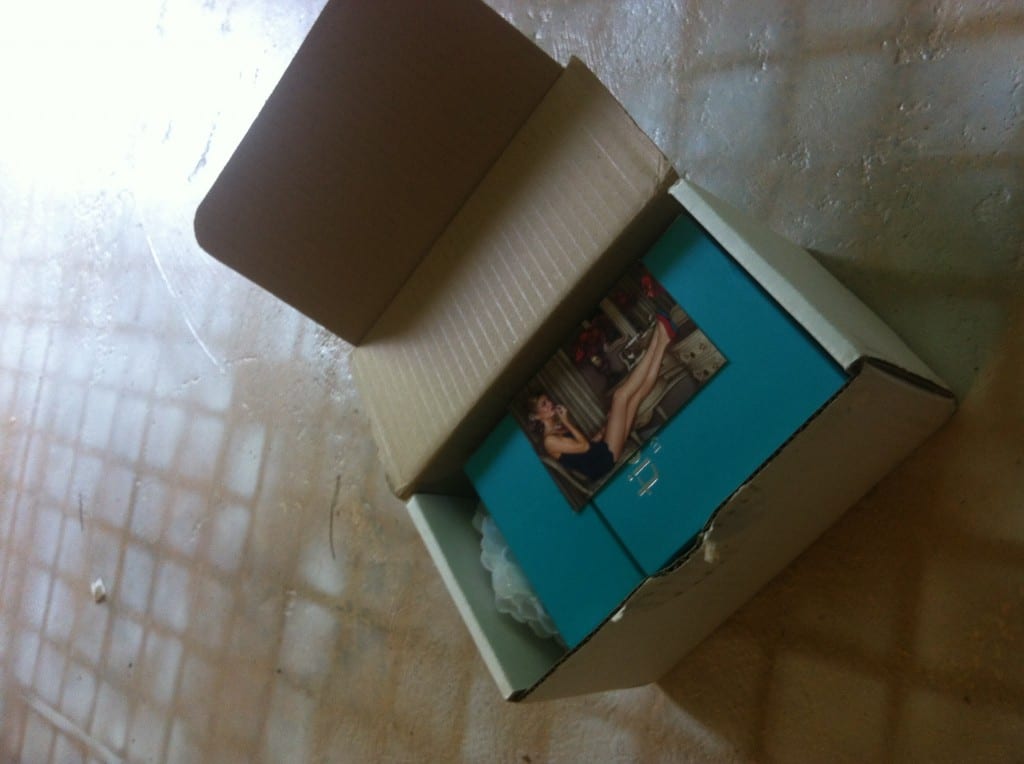 Opening my Tieks was an event!

I waited several days with the nondescript white box sitting on my desk so I could really savor the process of digging into my new luxury Tieks shoes. Before I even made it to the shoes, I was smitten by the adorable turquoise box – tell me what girl doesn’t get a little fluttery about a turquoise/blue box — wrapped with a cute flowery bow.

Not sure if it was designed to be a cat headband, but that’s the first thing I thought of… 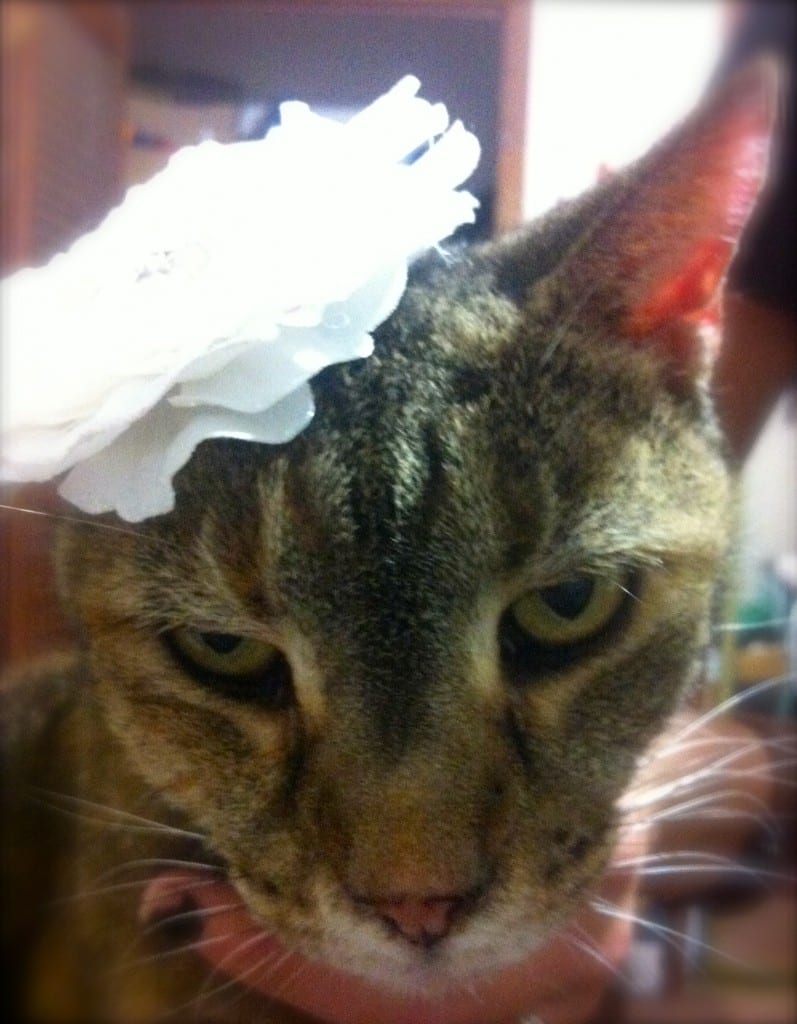 Don’t be fooled – she is a slave to fashion

More than just shoes. The Tieks aren’t the only thing you get in the blue box, y’all. They come with a handful of useful accessories like clips to pin up the ends of your pants for the walk home. I would’ve saved the backs of many a ruined pair of work pants in NYC if I’d only had these.

There’s also a bag to store the heels you’re inevitably going to shed after a couple of hours – dancing at a wedding, milling about at a cocktail party with Oprah – whatever. You just plop the villainous high heels in the bag, slide on your Tieks, and go on your merry Gangnam-style-dancing way. 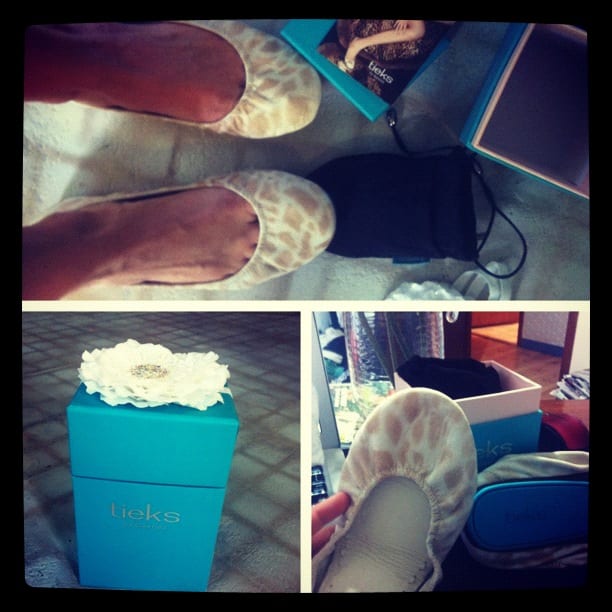 The hardest part of this whole process was choosing from one of 39 available colors, so I phoned a fashion friend – my BFF La La La Lauren – to help me choose from the rainbow. I never in 100 million years would’ve chosen an animal print without assistance – I have a nagging fear of ever resembling a Jersey Shore cast member – so naturally I was leaning toward sophisticated, grown-up Obsidian Black Tieks or Metallic Pewter Tieks. That’s me, always living on the very edge of fashion risk-taking.

Under Lauren’s tutelage, I ultimately decided on the Giraffe Print Tieks. (It’s faux giraffe, just in case you were wondering.) 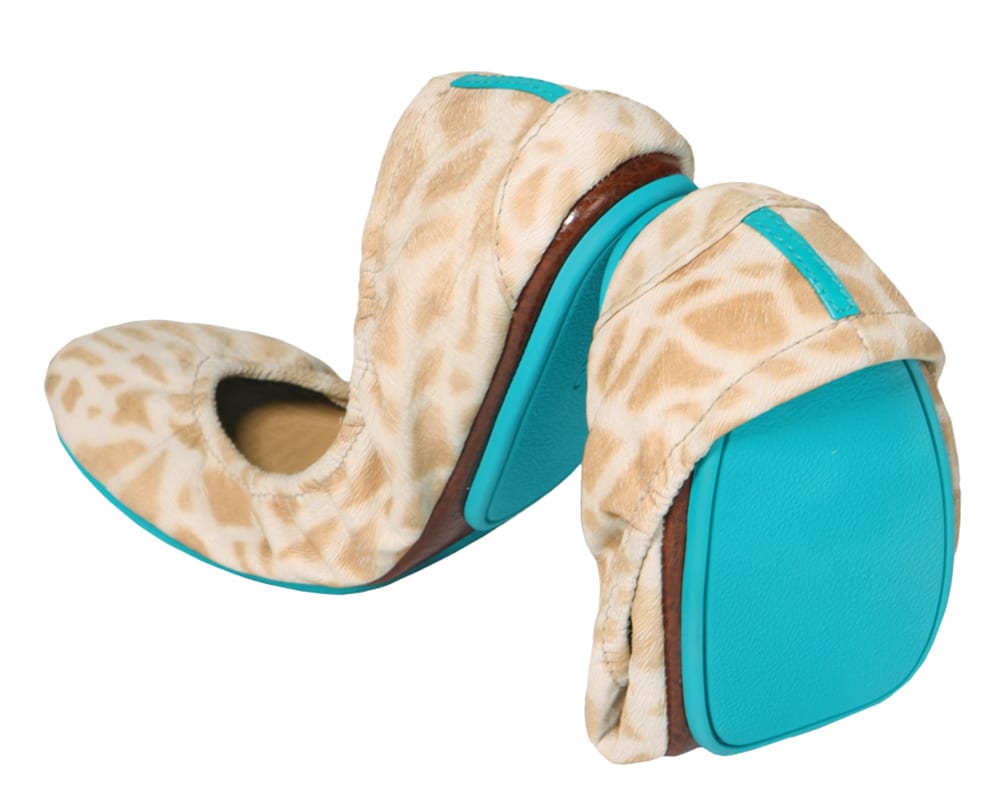 Super duper high quality. Y’all know I’m a mega bargain hunter and DIY gal. I will spend hours, days even, searching for the best deal on a flight and I rarely pay full price for anything. That said, I am willing to fork over cash for comfort and durability, so the fact that my Tieks will last for many, many miles make it worth the price.

The other comfy (but not cute) flats I’ve been traveling the world with need to be replaced every 3-4 months while Tieks take three days and 150 steps to craft out of leather and possibly some sort of Elfin shoe magic. 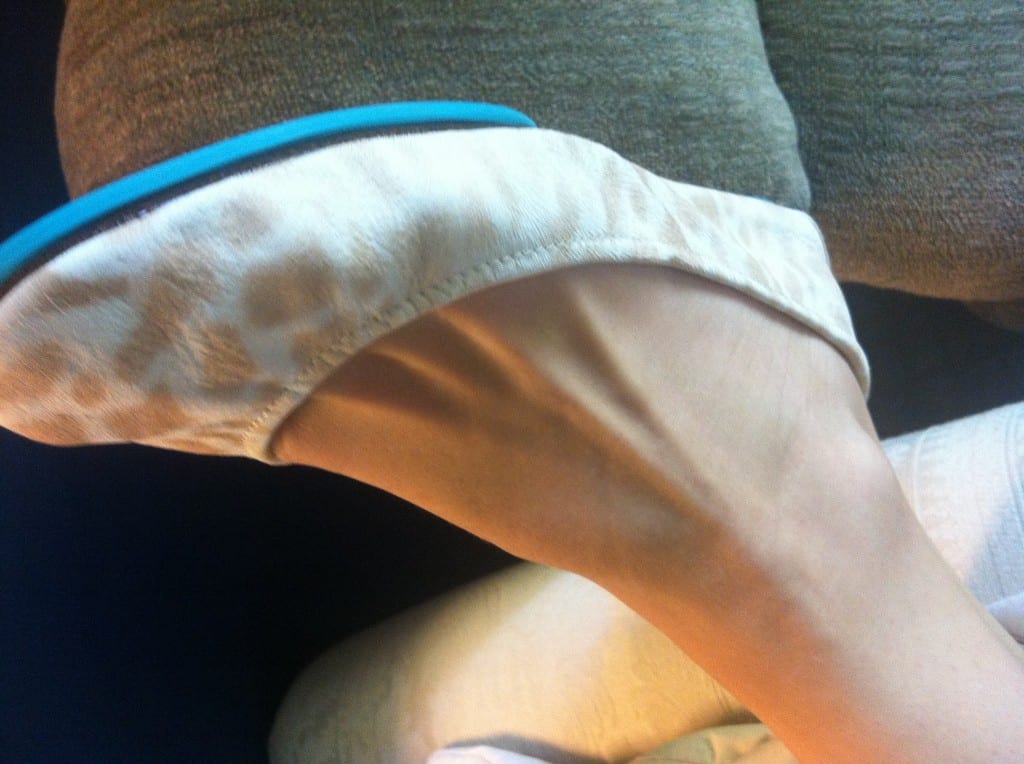 Versatility. I have a strict 3-shoe rule when traveling long term: a pair of flip-flops, a pair of athletic shoes and a pair of close-toed flats. This means I have to select those three pairs very, very carefully. The comfortable flats have to be casual and comfy enough to wear on a walking tour but dressy enough to attend a dinner with the former South African president. (Yes, that happened! If only I’d had Tieks then, I wouldn’t have had to hide my shoes under the table all night!)

I love that I can wear my giraffe Tieks anytime or any place and they fit in. 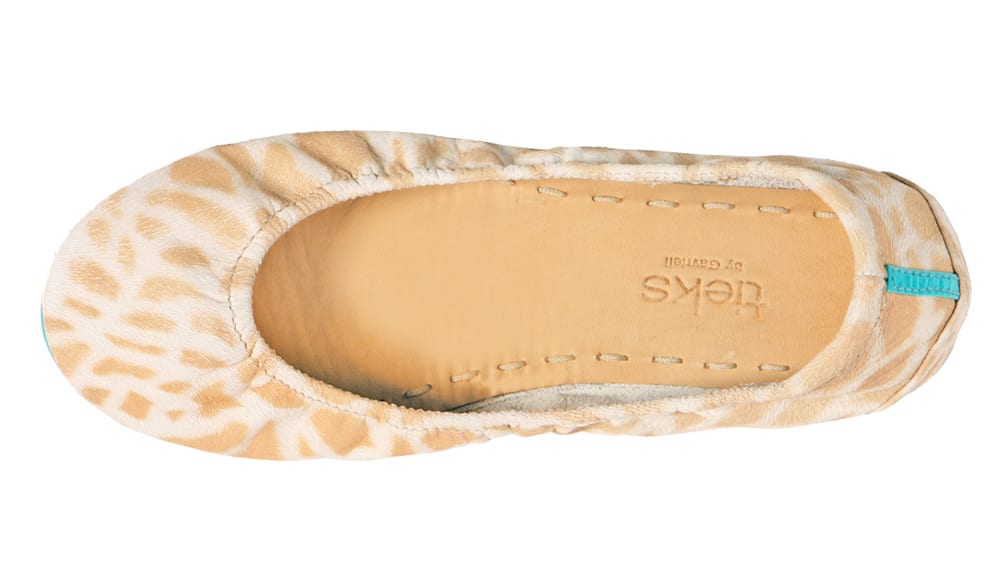 Comfort. The most important aspect of any shoe for me is comfort – regardless of price. Tieks have a split, non-skid rubber sole and are made of that soft, hand-stitched leather.  The turquoise split sole makes them easily foldable and flexible, molding to the shape of the foot.

I wish I’d known about Tieks when I was living in NYC – they are absolutely the perfect commuter shoe. 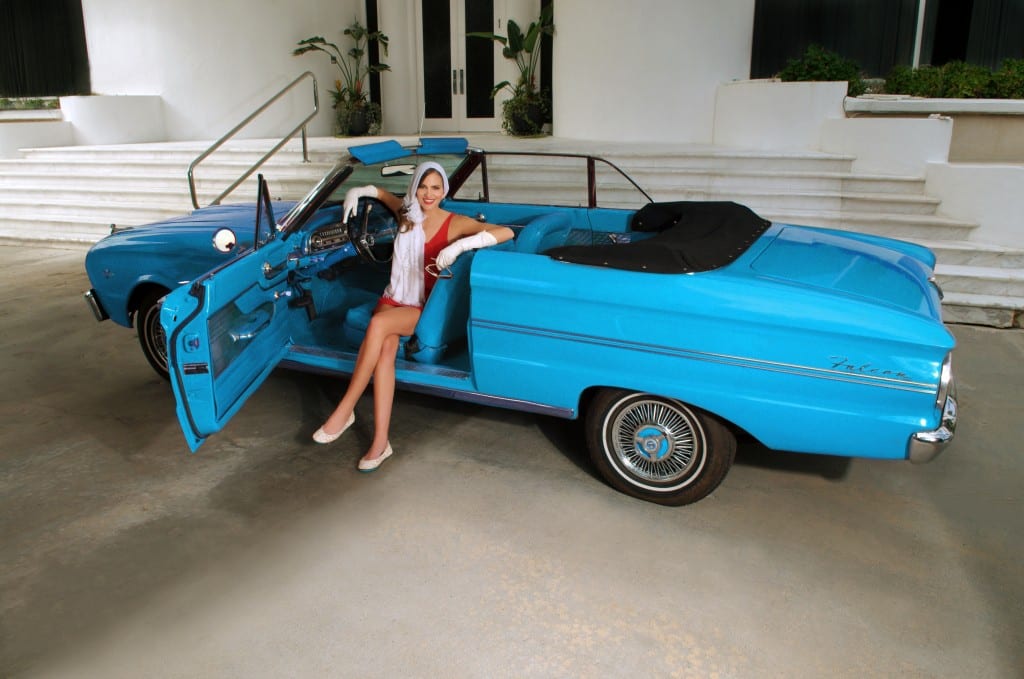 Who wears Tieks? Well, obviously Oprah and I have Tieks in common now, among so many other things — but also big city gals with public transit commutes, anyone who travels for business or pleasure and stylish ladies who put a lot of mileage on their tootsies.

Only one question remains… what color Tieks are you buying?

No cats or giraffes were harmed in the making of this post. Thanks to Tieks for sending the shoes. I’m a fan! 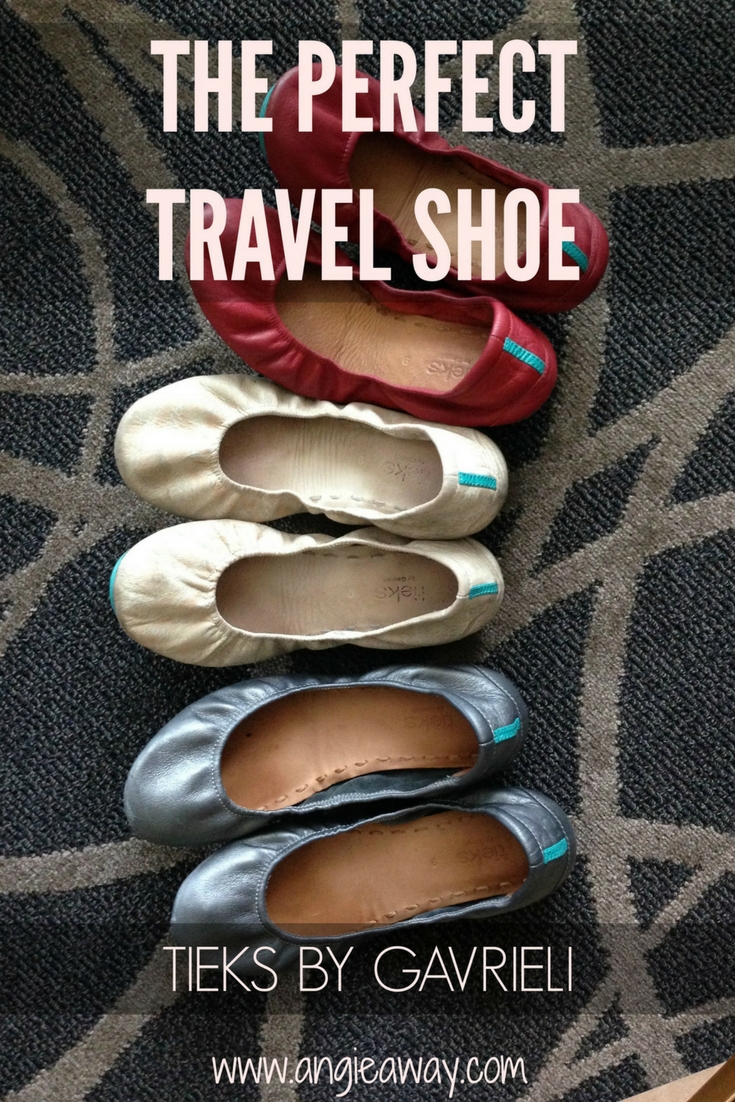 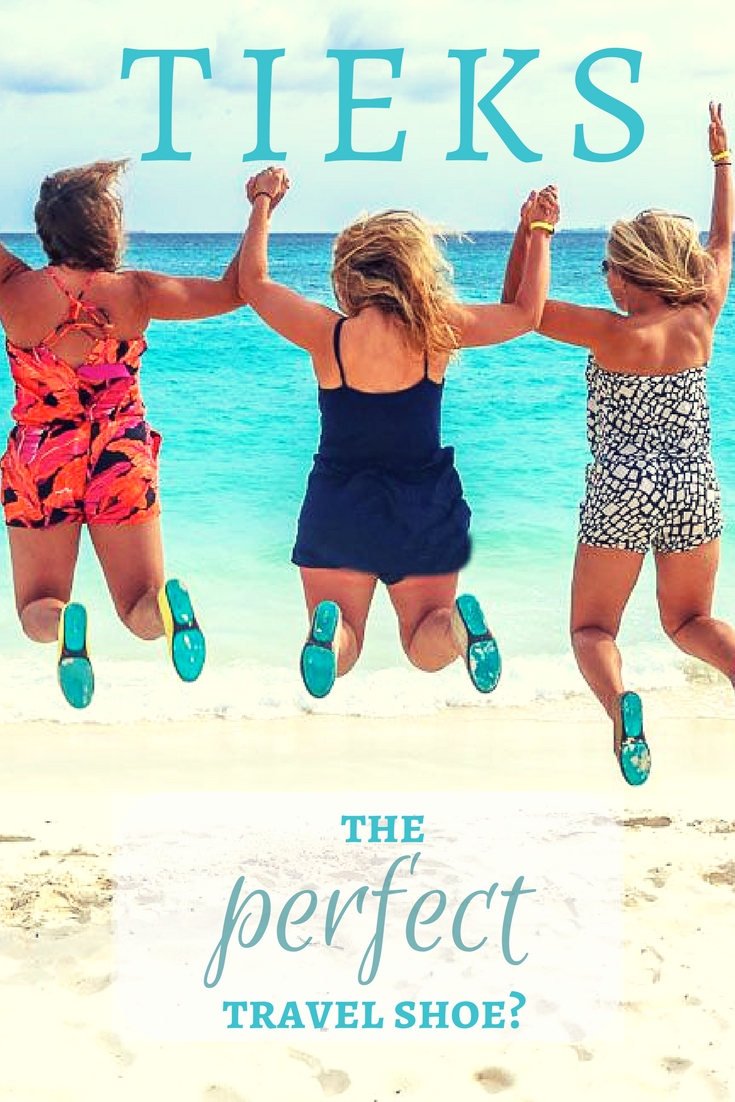 The Doors of Jerusalem
Oh, Disappointing Little Town of Bethlehem
SHARE AWAY
JUMP TO COMMENTS

Spain, For Real This Time