The giraffes, elephants and lions of the Masai Mara were so photogenic and happy to strike a pose for my trusty Canon G12.

What about the other big cats of the savanna – the leopard and the cheetah?

They’re much sneakier, far less abundant and thus harder to spot. Luckily, I had my secret safari weapon – Willy, my guide from &Beyond Kichwa Tembo. 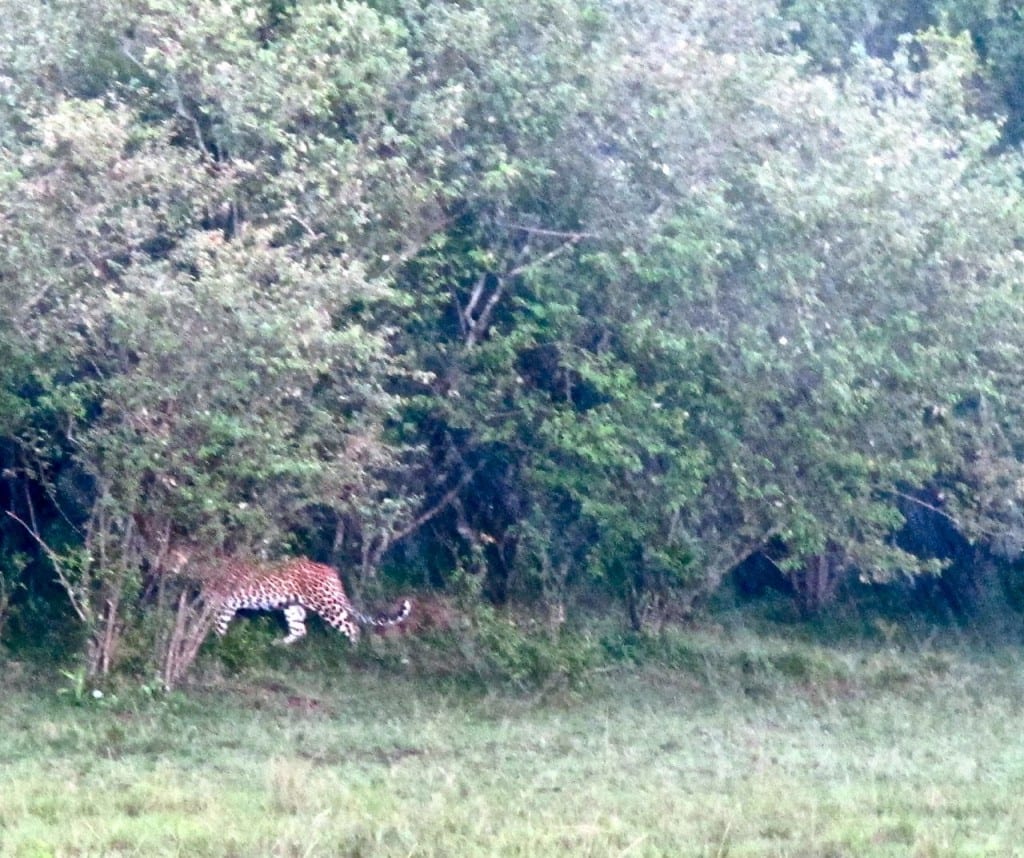 A leopard hides at the edge of the forest

The first leopard Willy took me to was hard to spot at first, as she was dipping in and out of the trees at the forest edge. We came upon her in our open safari 4×4 just as a wicked storm was creeping across the plains. 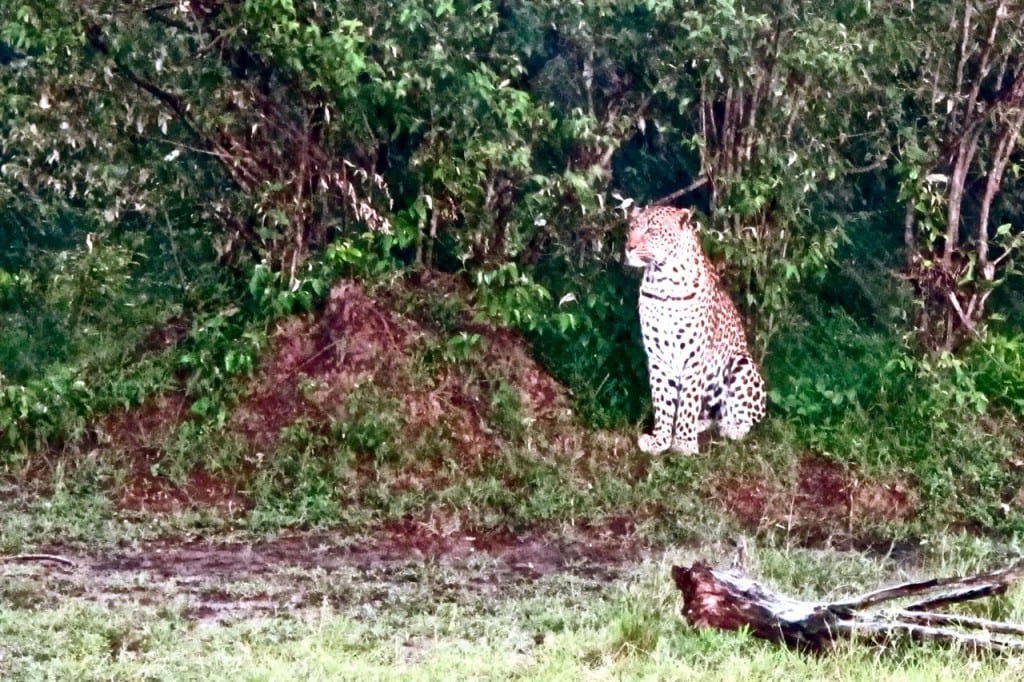 She paid us no attention instead monitoring the horizon for prey, predators and maybe even lightning.

Who knows what goes on in a leopard’s mind?

Within a few minutes of spotting her, the storm overtook the 4×4 and soaked us to the gills. It was exhilarating! And freezing. She slipped back into the forest during the deluge.

As we struggled to see anything in the driving rain, I made out a huge shape coming from the forest and sputtered, “It’s a HIPPO!” No one else was quite as bowled over as I was, watching the unwieldy beast trot through the rain and across miles of grass. Hippo photos to come later… 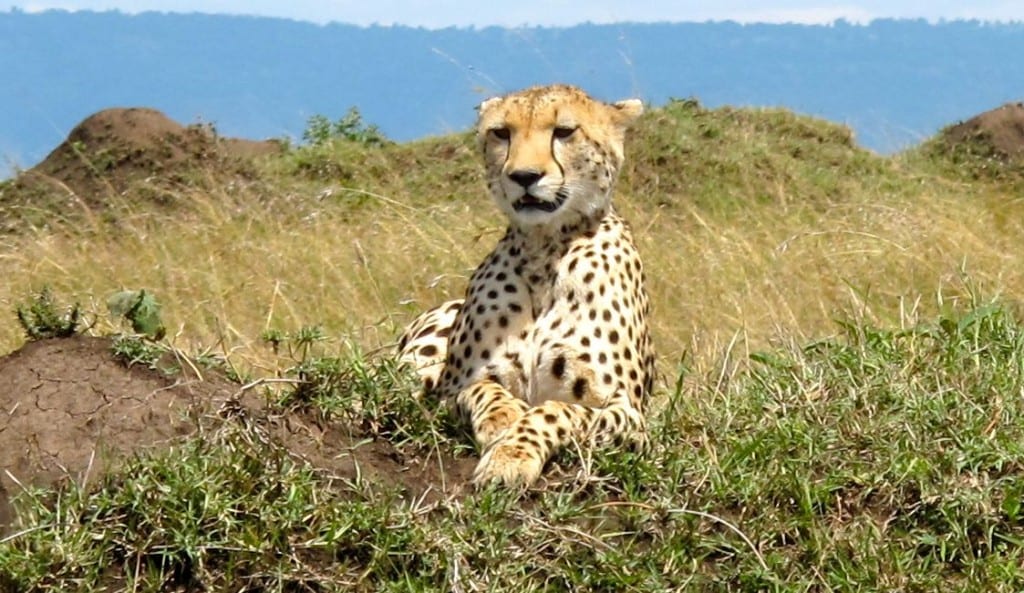 After drying out, devouring a delicious pan-Africa dinner back at Kichwa Tembo and dreaming about hippos and warthogs and monkeys sneaking into my tent all night, I rose before sunrise to meet Willy for Day 2 of my Masai Mara safari adventure. I’d seen leopards and lions, so it was time to go on a cheetah scavenger hunt.

Of course Willy knew exactly where to find the rare, elegant big cats, so we high-tailed it toward Tanzania, quite a few miles away through the Masai Reserve. 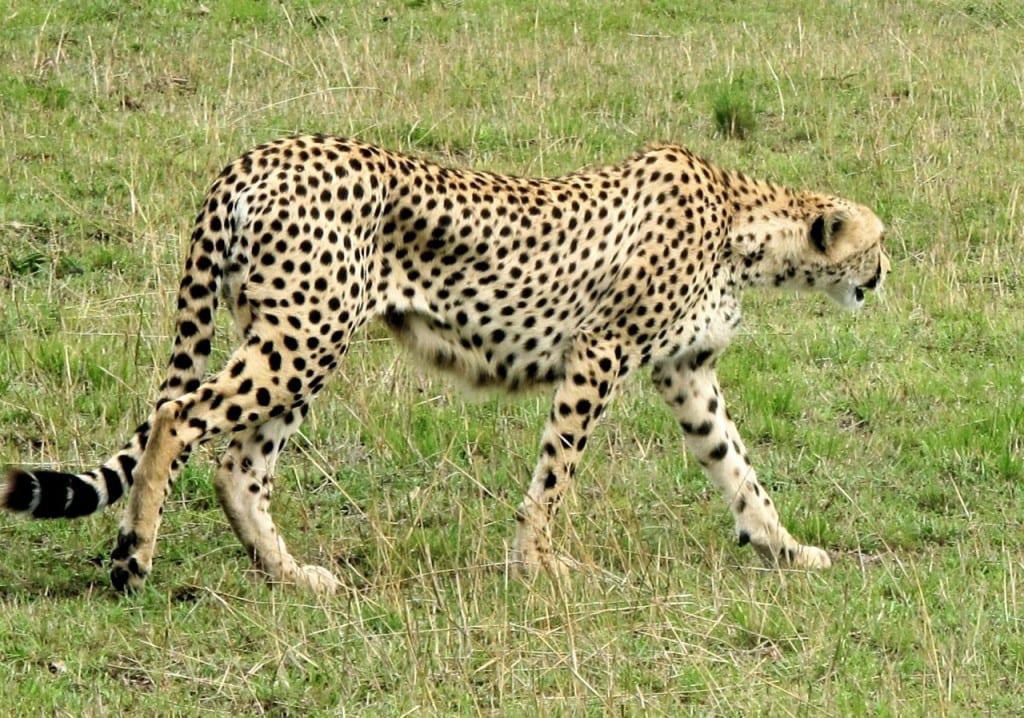 We came across this gal at a lull in her hunting schedule, as she didn’t seem too keen on picking off nearby zebra or antelope. To my surprise, the other creatures in the area kept a watchful eye as she stalked across the plain, probably toward a couple of her precious babies tucked away in a grassy hill, but they never outright ran away.

They stood in small groups, like middle school girls at recess, feigning indifference and pretending to be interested in chewing grass when really they were instinctively listening for an indication that this cat was about to go for a healthy 70 MPH sprint. 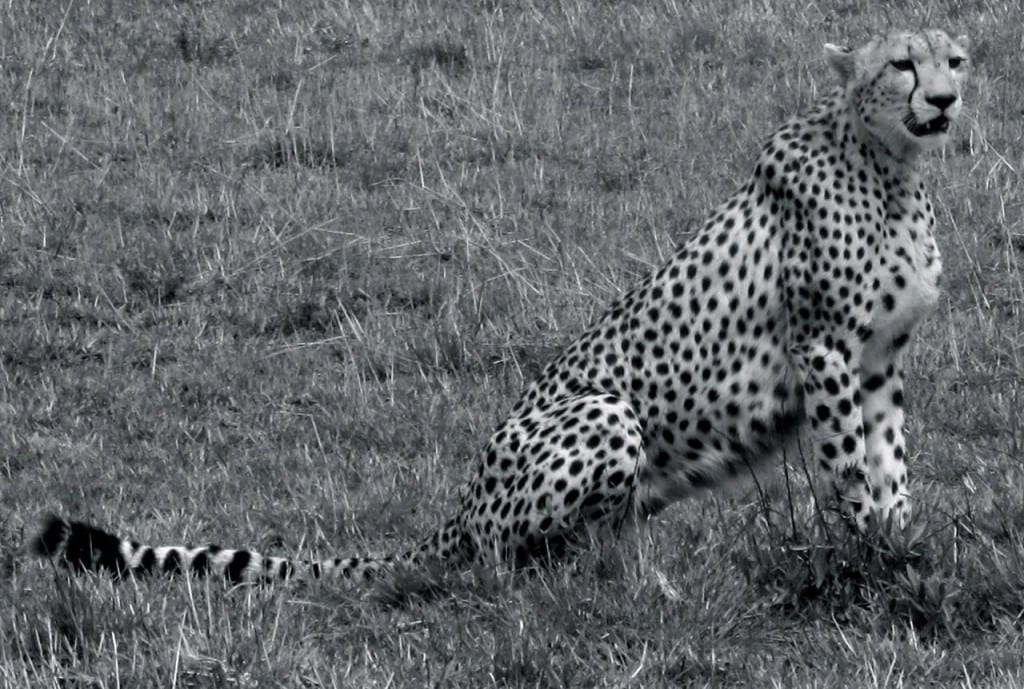 Which, let’s be real, if I was a baby antelope and there was a cheetah, leopard or lion within a 2 mile radius, I’d be running for the border even if the cat was asleep! Come to think of it, I’m probably the slowest runner I know, so I wouldn’t survive long as a lower ranking member of the African food chain.

Fortunately for the prey at that moment, the cheetah was not interested in a meal.

Despite their speed, cheetahs aren’t the apex predators of the neighborhood. They usually avoid a struggle for food, surrendering kills to a hyena rather than risking injury. Anything that causes them to lose the speed advantage could mean death by starvation. 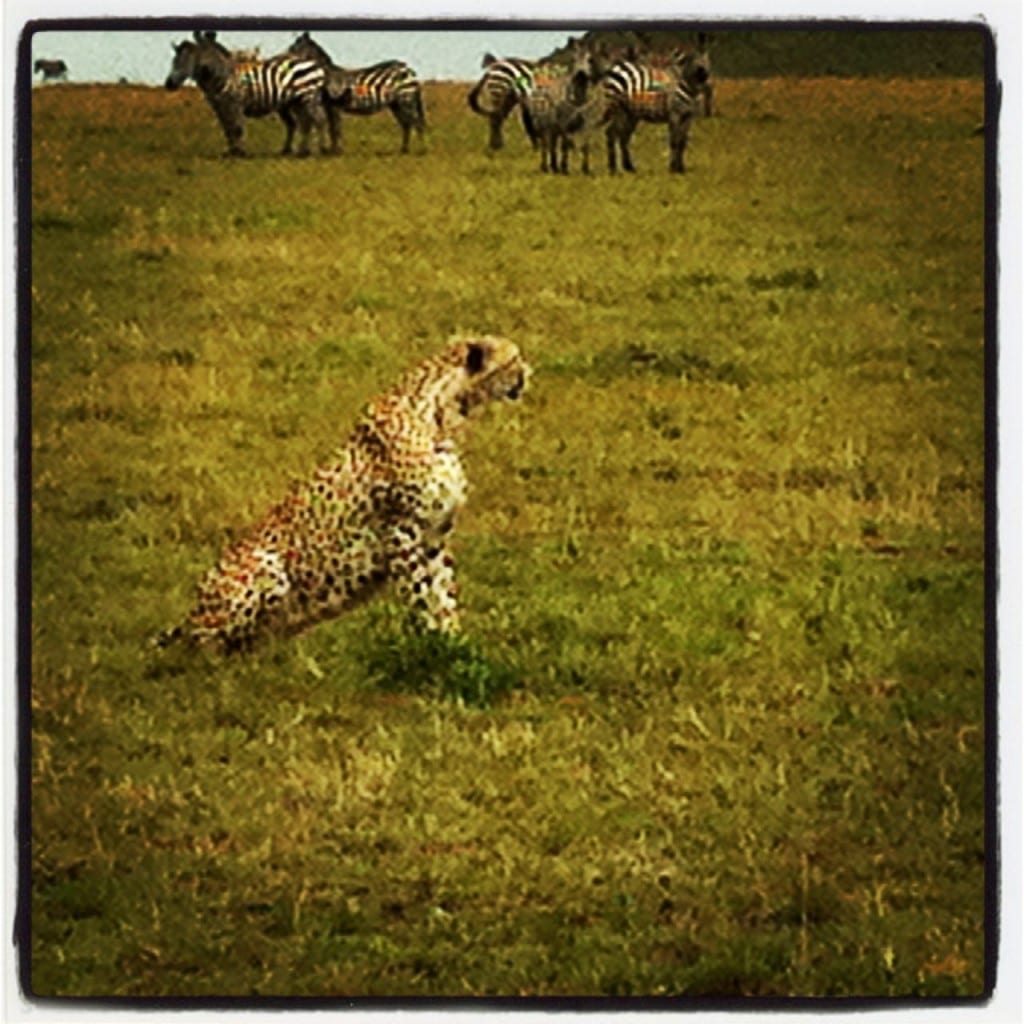 The one thing I missed during my trip was a glimpse of any big cat babies. It’s probably for the best because I would’ve turned into a squealing puddle of girl… have you ever seen pictures of baby cheetahs? The stoniest cold heart would melt at the sight. There is an upside to NOT seeing them, however.

I have a great excuse to go back.

So which big cat of the Masai Mara do you like the most? Cheetahs, leopards or lions? And have you ever seen the cubs in the wild?