We’ve seen the Masai giraffes violently whomping each other with their necks and watched as dozens of African elephants wandered across the path in the Masai Mara.

Now it’s time for the “mane” event… the “pride” of the Masai Mara… The African Lion! 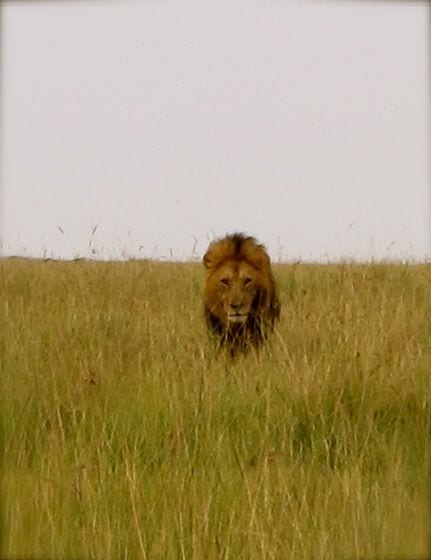 One of my favorite shots all year

I couldn’t believe how quickly my guide Willy from &Beyond Kichwa Tembo was able to spot lions hidden miles away in the tall savanna grasses. 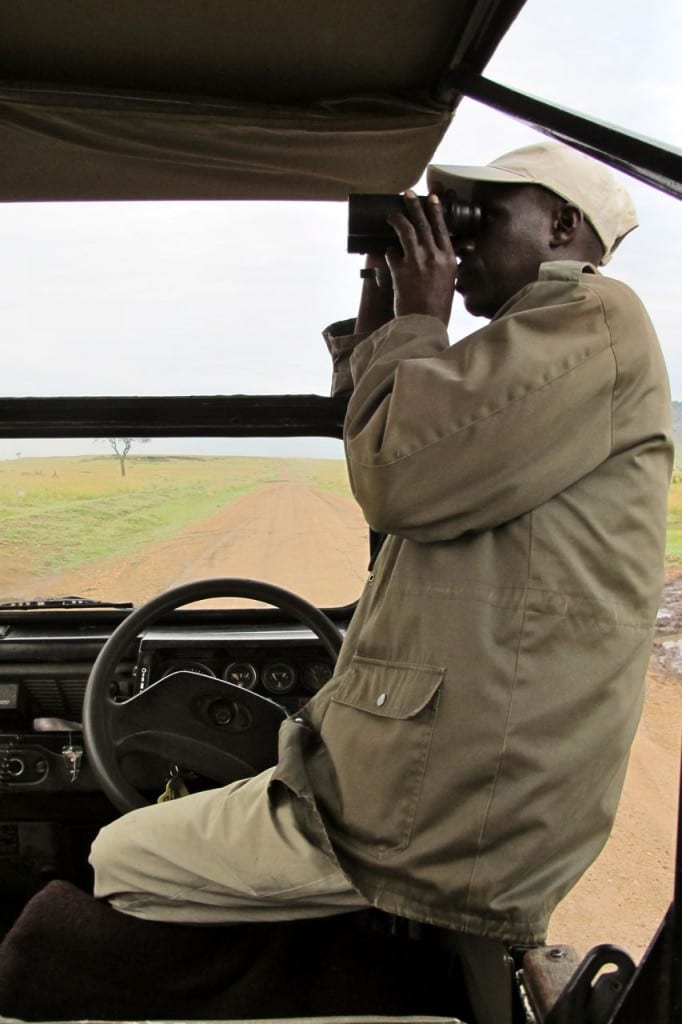 Willy on the lookout

Even more surprising to me was how close we were able to get to all the wild animals on the Mara, but the lions especially. None seemed bothered in the least that there were a couple of trucks full of people driving around their habitat. They slept, hunted and frolicked without regard to the voyeurs. 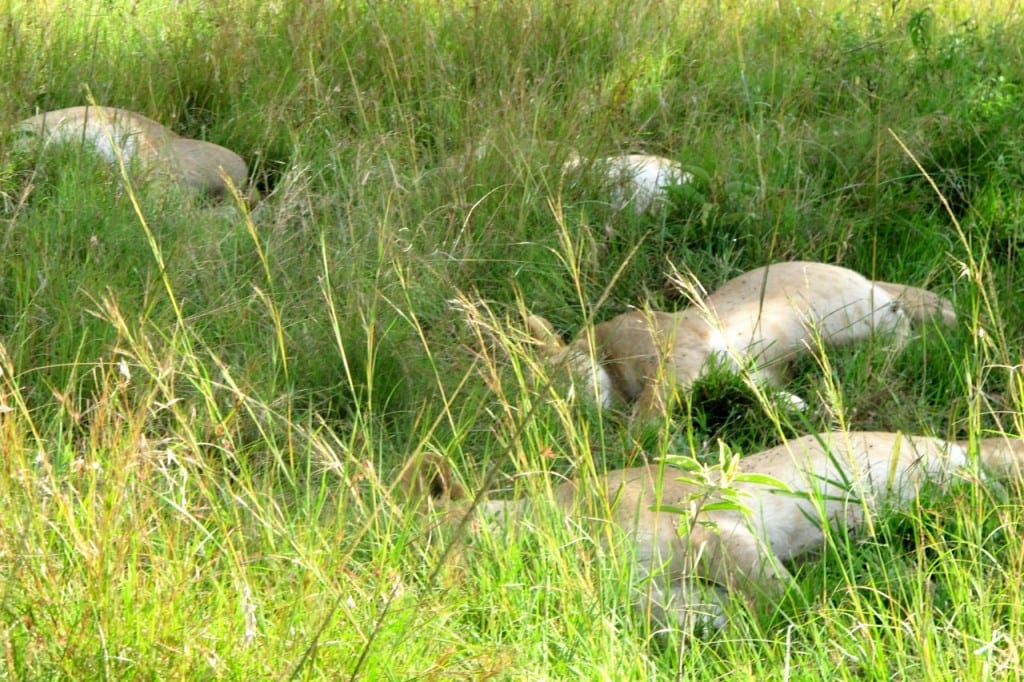 Four lionesses napping in the grass

Less surprising than the proximity of the animals and Willy’s talent for spotting them was my obnoxious humming the Lion King soundtrack for hours on end while on safari. Those Disney animators got it right, folks! Simba, Nala, Mufasa and even Scar came to life right in front of me. 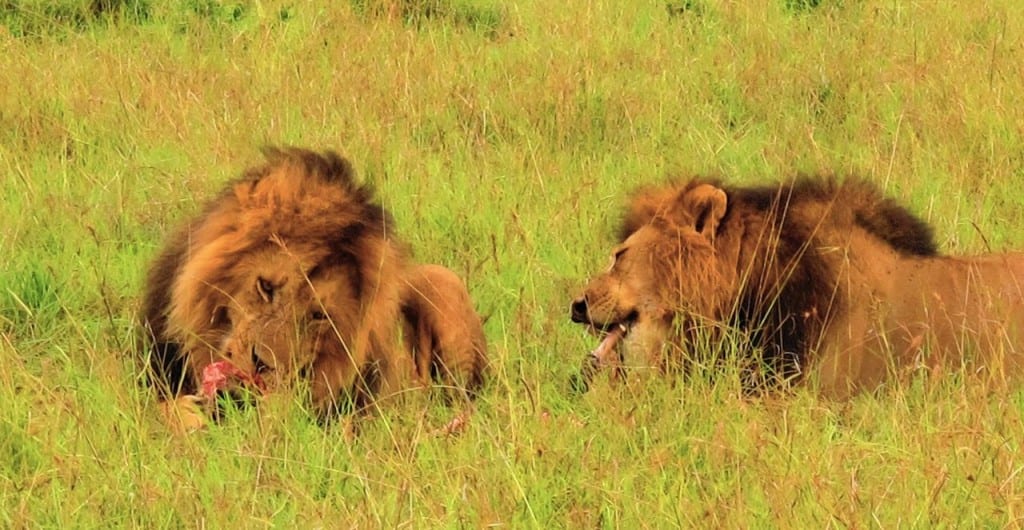 Most big cats, like leopards and cheetahs, live a relatively solitary life. Lions are a notable exception, instead grouping into prides of 10-15 and dividing responsibilities among them. Females bear the majority of the hunting burden while the males protect the pride and the territory. 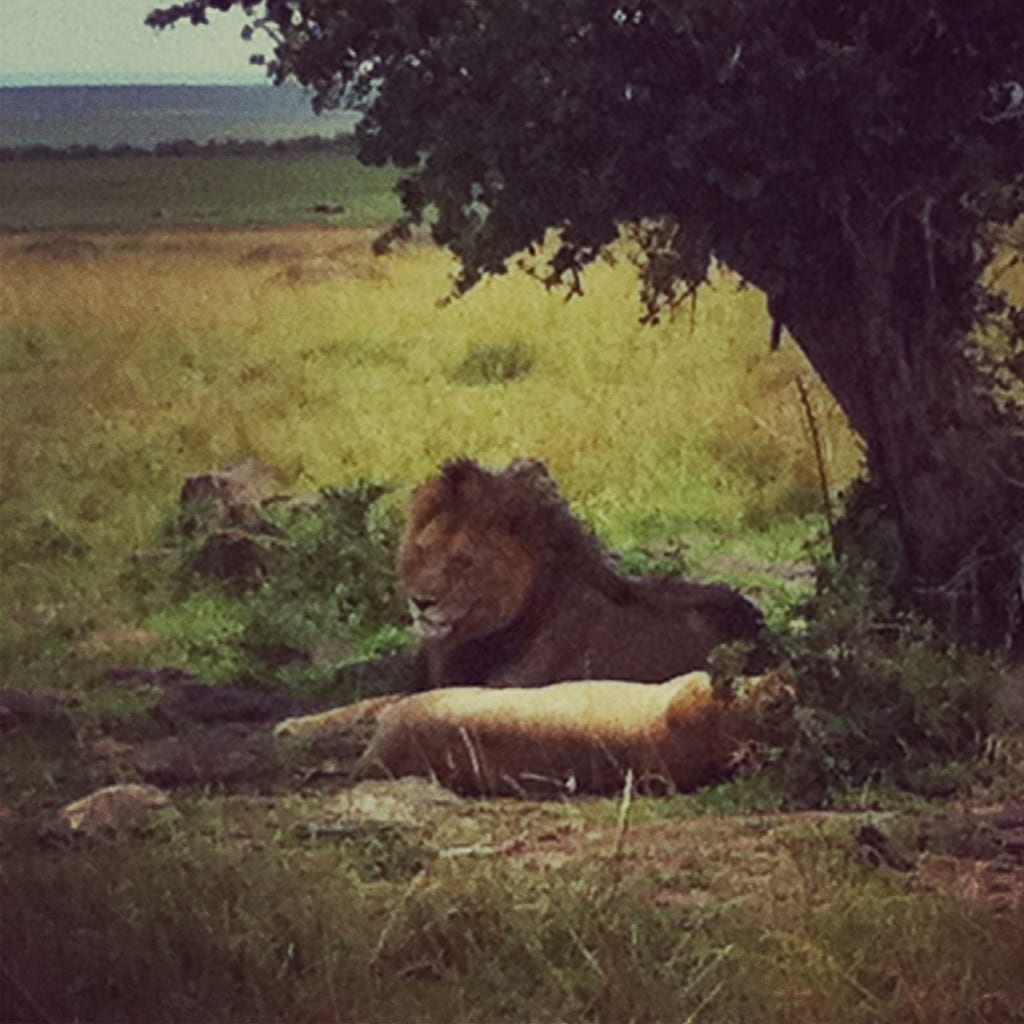 A male and female lion resting under a tree

Lions spend up to 20 hours a day sleeping and resting, devoting the remaining time to hunting, lovin’ on each other & protecting their territory. 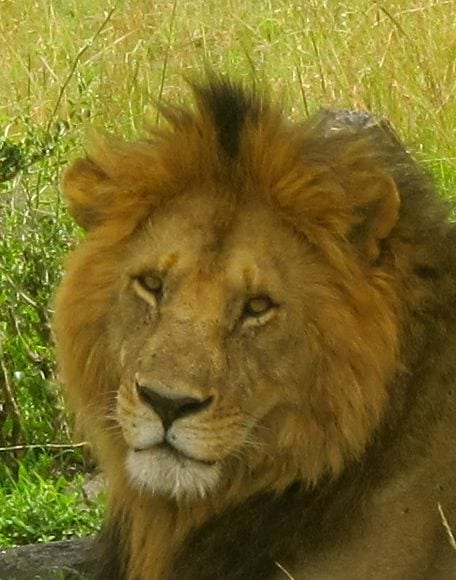 When on the move, lions communicate to the rest of the pride by roaring. A lion’s roar can be heard up to five miles away. 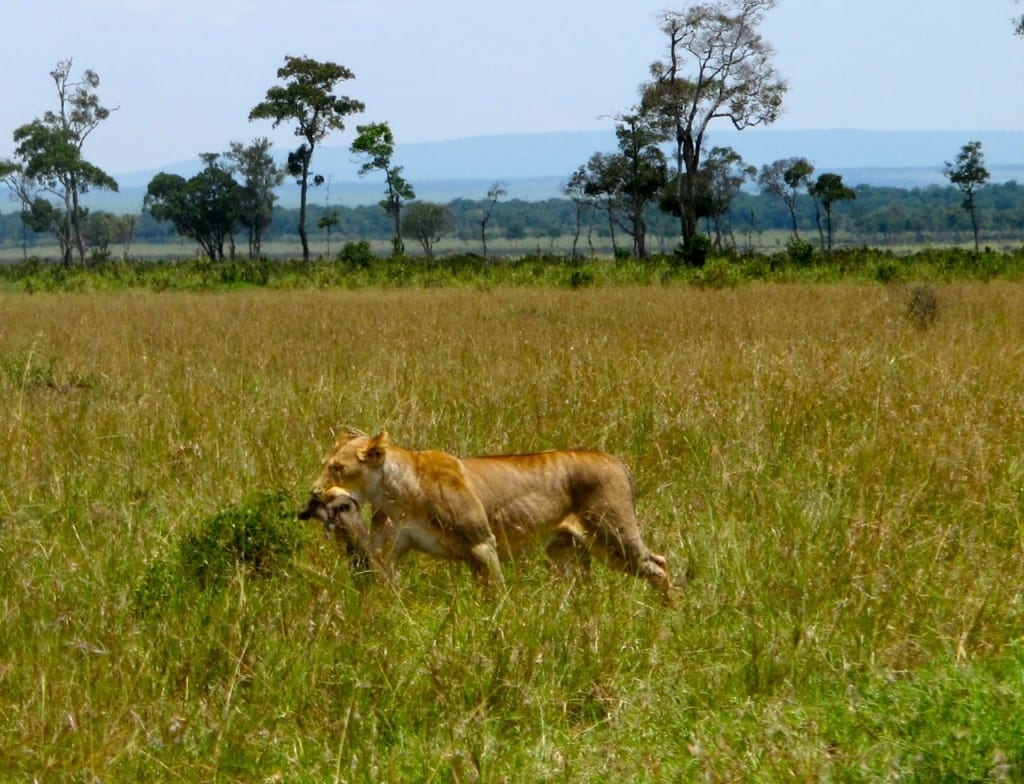 A lioness picks up a light baby warthog snack – as Willy calls it, “lion sausage”

Lions hunt all throughout the day, but usually go after big game at night. Hunting together increases success, but even still, hunts are only fruitful 50% of the time. 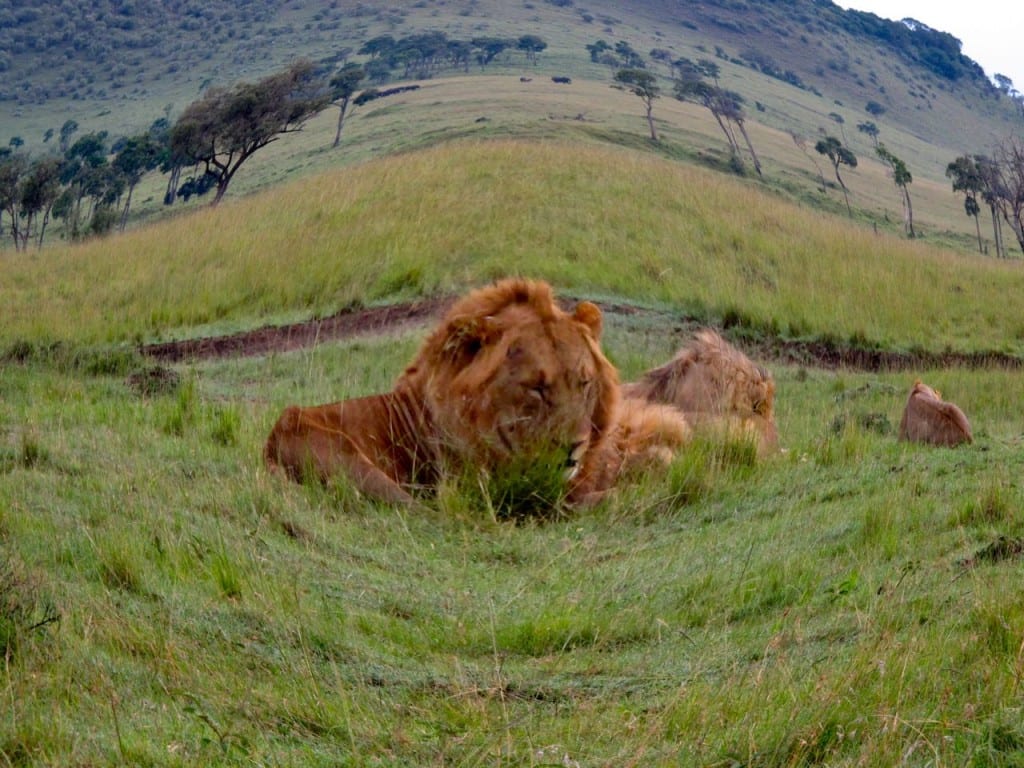 A fish-eye look at the pride 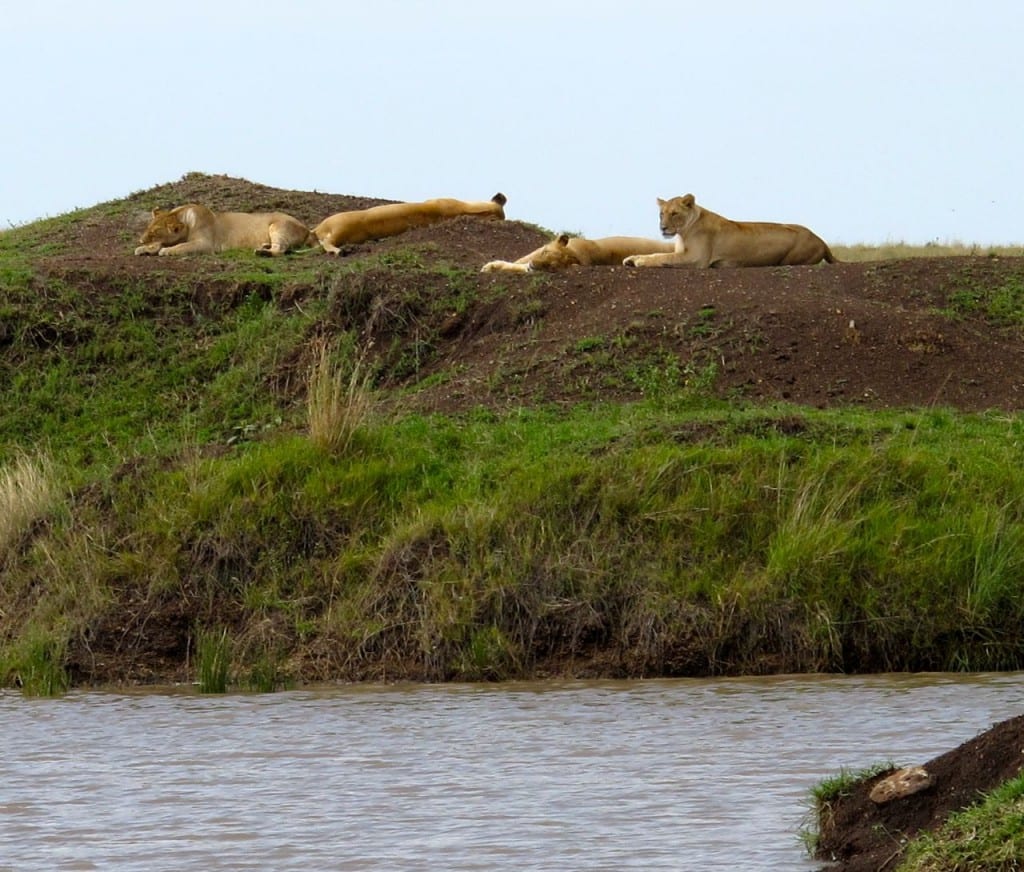 Lionesses resting near a pond full of hippos

Group hunting allows African lions to capture big meals like wildebeests, zebras, buffalo, small elephants, rhinos, hippos and giraffes. Smaller bites like mice, tortoises, warthogs, antelopes and even crocs are on the menu, too. More than 50 percent of a lions diet includes scavenged food snagged from other carnivores. 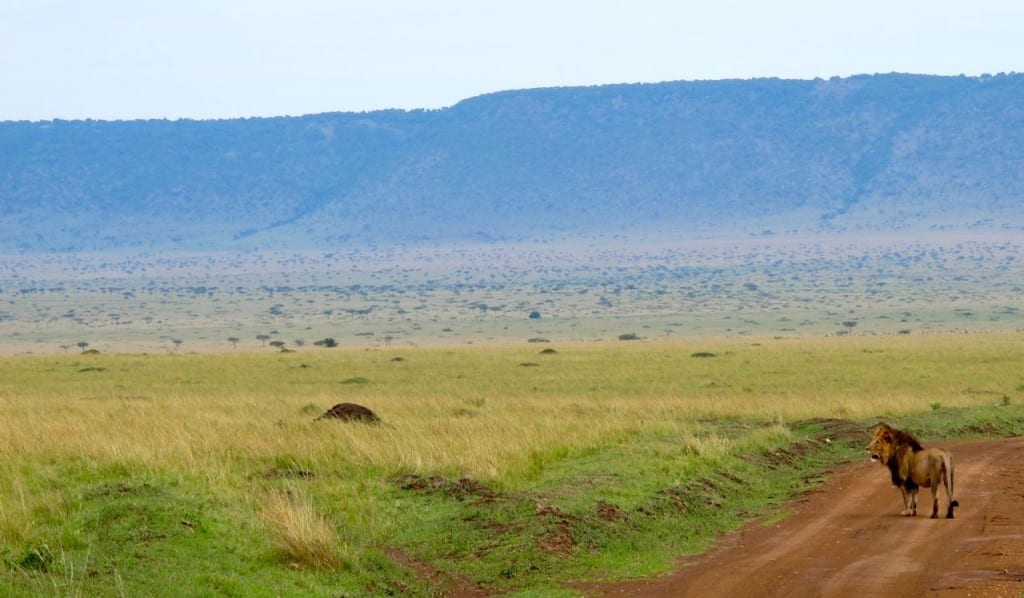 Mature male African lions have a thick mane of brown or black hair around the head and neck. That’s how you can tell the wily young kittens from the wise old cats. 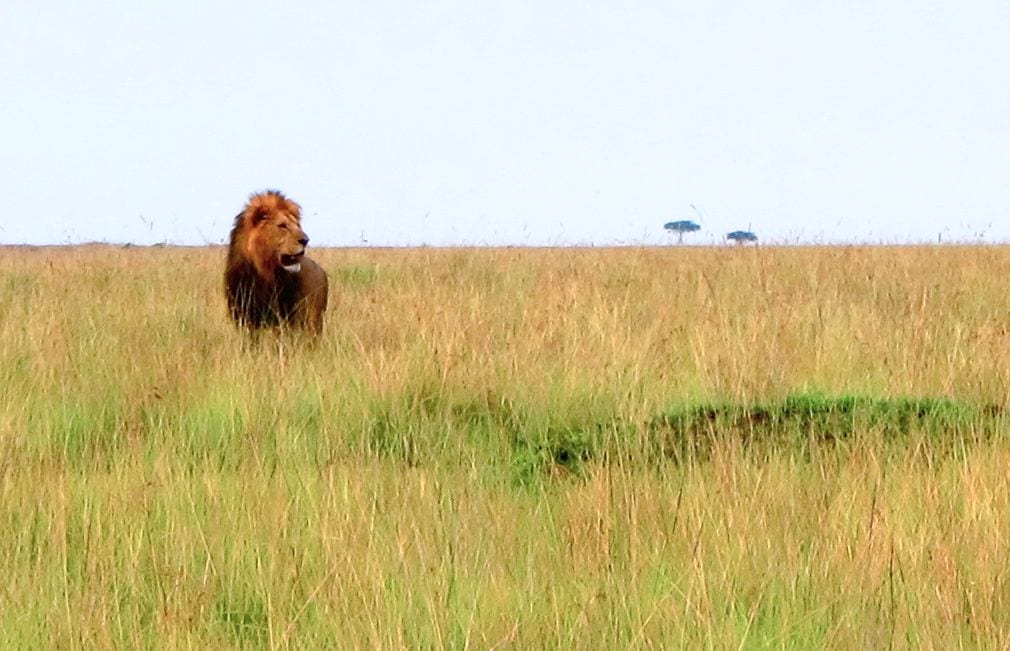 A roar almost in progress

Lions once roamed parts of Europe and Asia and much more of Africa. Today, they’re mostly confined to sub-Saharan Africa and a forest in India. To help preserve lions in this region, check out the Lion Conservation Fund.

While on safari, I managed to get some Discovery Channel-worthy footage with my point-and-shoot cameras, if I do say so myself. Check it out, and listen close… you might be able to hear me singing “I just can’t wait to be king!”