It goes without saying that any visit to Kenya should include a few days on safari.

But where to start? As I did my pre-trip research, I was overwhelmed with questions…

My priority in Kenya was volunteering with the kids at the Compassion center, so by the time I wrapped that up, I only had a few days for my first safari experience – so I was looking for some serious bang for my two nights worth of bucks. I think it was my host mom Betty who nudged me toward the famous Masai Mara, where Karen Blixen set much of her story in Out of Africa when she wasn’t going on about the Ngong Hills. (Forget elephants… how about a young Robert Redford safari?) 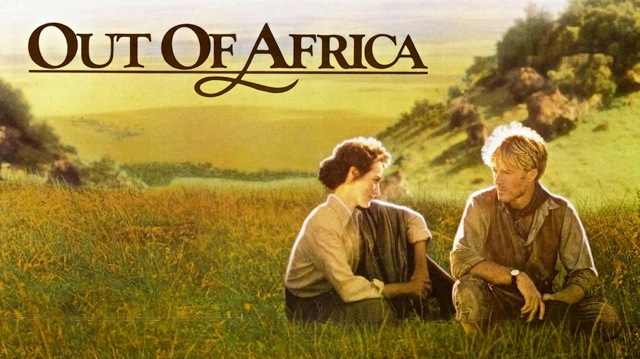 The Masai Mara’s proximity to Nairobi makes it the easiest choice for a quick trip… but I still wondered just how wild a place could be only an hour-or-so flight away from the big city.

With a reservation for &Beyond’s Kichwa Tembo in hand, I boarded a tiny plane and in no time at all, went from the world’s worst traffic to the vast grasslands of the Masai Mara. 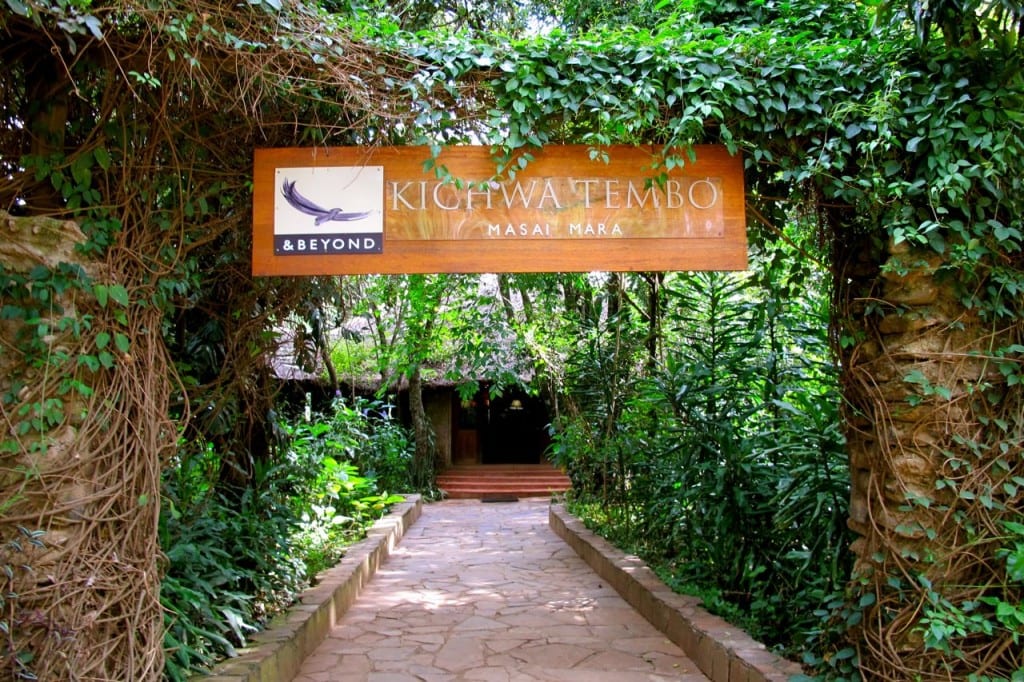 The safari began immediately, as flying into &Beyond’s private air strip (read: dirt runway) was an awe-inspiring experience itself. Before the Cessna’s wheels had touched the ground, I spotted dozens of elephants, zebras, antelope and giraffes dotting the grassy landscape – there were animals absolutely everywhere.

A guide met me at the airstrip, loaded up my bags and drove me to Kichwa Tembo, a tented camp located on private lands leased from the Masai. The ride to camp is only about 30 minutes, but during that time I saw warthogs, water buffalo, elephants and impalas – and this was before I ever went on an official game drive.

Every moment in the Masai Mara is full of wild animals!

Kichwa Tembo is No. 1 on this map

The Masai Mara National Reserve is part of a massive conservation area that also encompasses the Serengeti and the Ngorongoro Crater area in Tanzania. There are no fences or barriers — just miles upon miles of acacia-dotted savanna and animals as far as the eye can see. Really.

The tented camp where I stayed overlooks the vast plains, sitting directly in the path of the dramatic wildebeest migration that takes place from August to October each year. If you’ve watched the Discovery Channel with any regularity, you will have seen the spectacle — crocodiles lurching from the river to snag a passing wildebeest or a cheetah springing to action to make a kill. It all happens right here in front of your face.

This is nothing like Disney’s Animal Kingdom theme park; it’s simply THE animal kingdom.

That may seem obvious to some, but it blew me away from the moment I arrived. There’s something vastly different about viewing lions, leopards, elephants and crocodiles in the wild rather than at a zoo or on TV. And I just didn’t expect it to be so… wild and free and expansive.

After so many years in NYC, the fact that I could go 100 miles in any direction and not see a dozen people was so refreshing! 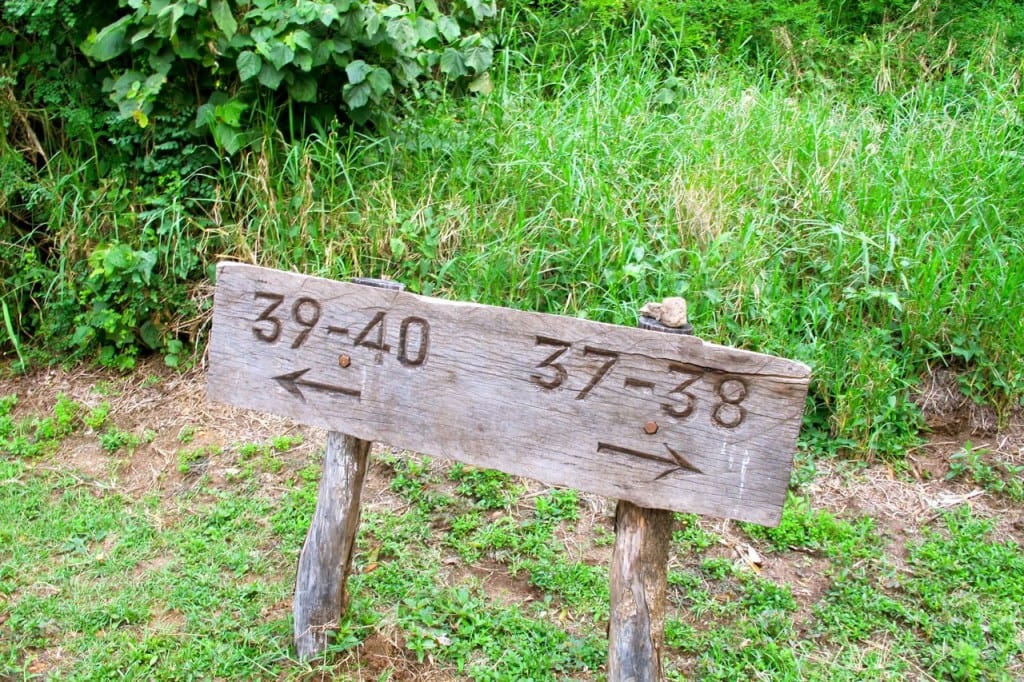 Before we get to the animals though, let’s talk about where to stay. Kichwa Tembo was an ideal spot for me – a comfortable but still wild home base with yummy Pan African food, daily game drives and only a short jaunt outside of Nairobi. It’s the total package! 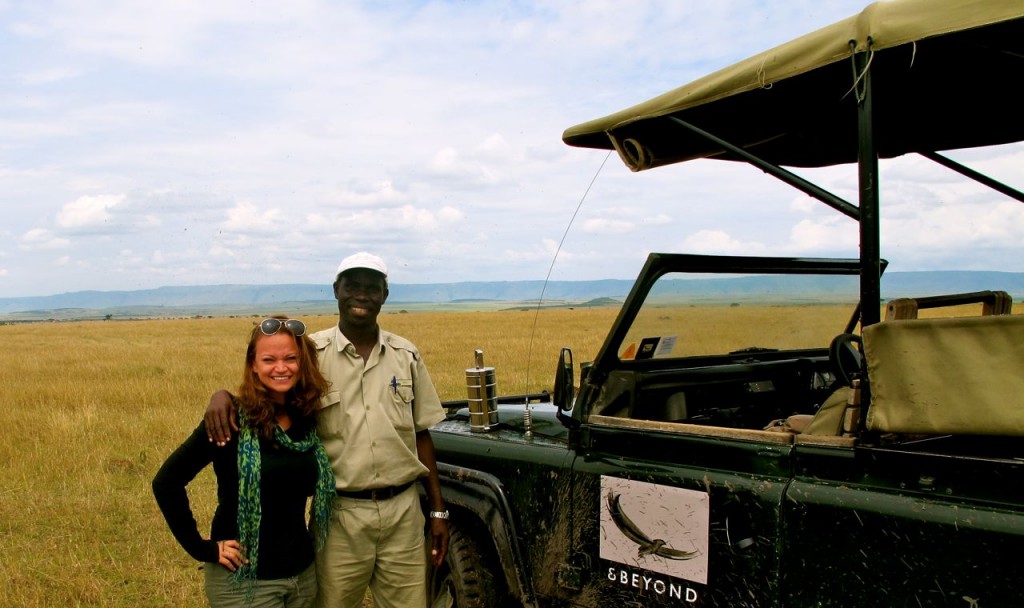 If you make it to Kichwa Tembo, ask for Willy!

Each morning I’d wake up before sunrise to a tray of hot chocolate and biscuits delivered to my tent’s front porch, overlooking warthogs, water buffalo and gazelles just kicking off another day in the savanna. Naturally, the Lion King soundtrack was on loop inside my head.

I’d meet my guide Willy out front and hop in his open 4×4.

What do you want to see today, Angie?  Willy would ask.

Willy delivered… BIGTIME. With fewer than three full days on the ground, he ensured I saw almost every critter I requested including the hard-to-find leopards and cheetahs. The only one we missed was the elusive black rhino, but I’m okay with that, because it means I have a great reason to come back.

Aside from the major players, I saw thousands of other native critters – THOUSANDS. Thomson’s gazelles, hyena, vultures, jackals, secretary birds, African crowned cranes, warthogs (which Willy calls “lion sausages”), blue and redtail monkeys, baboons, water bucks, topi… my goodness, if I named them all it would take forever. 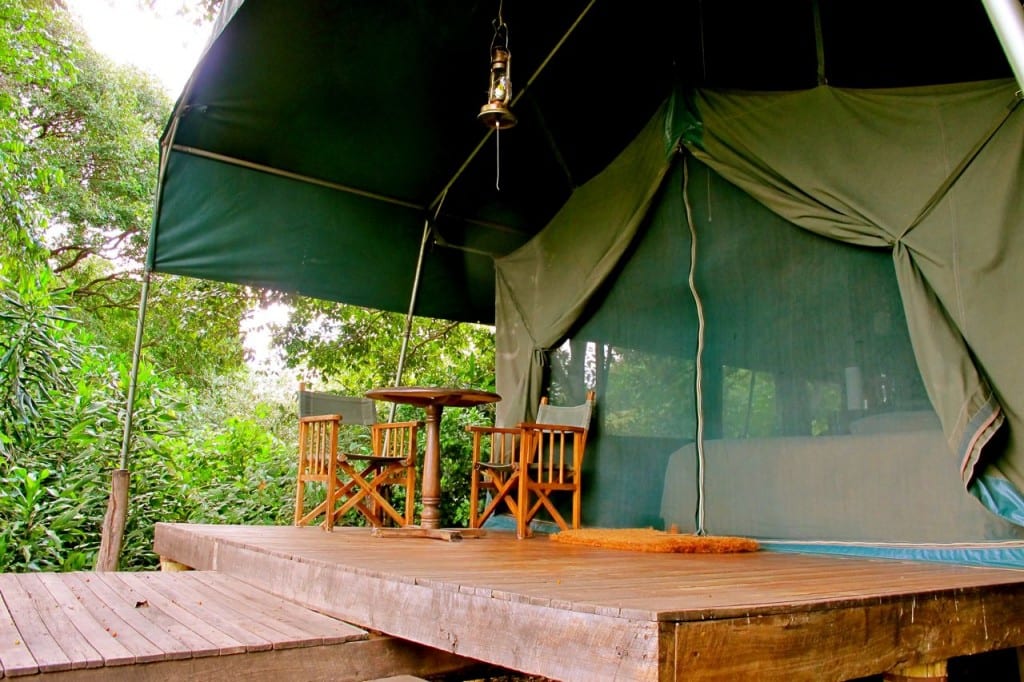 My front porch at Kichwa Tembo

Kichwa Tembo is tucked into a dense forest at the edge of the plain, hovering in the space between authentic African adventure and comfortable elegance. Antiques, leather furniture and local art decorate the lodge just steps from where warthogs are lazing about the grounds like domesticated pets. The outdoor common areas are shaded with trees and a view toward the savanna that goes forever and ever. 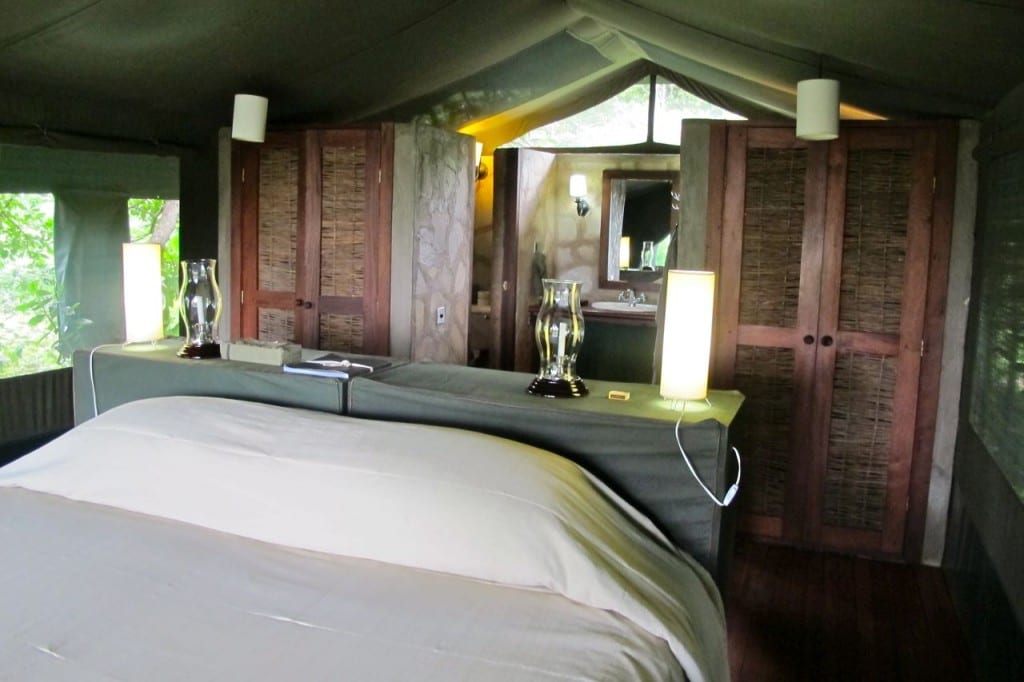 My room at the edge of Kichwa Tembo

I’ve mentioned Out of Africa many times in my Kenya coverage so far; having stayed in the Ngong Hills and now in the Masai Mara, I felt I was walking in Karen Blixen’s footsteps. The book and movie helped to immortalize the region, and I can confirm — it’s every bit as wild and romantic and enticing as it was back when Blixen first wrote her true story. 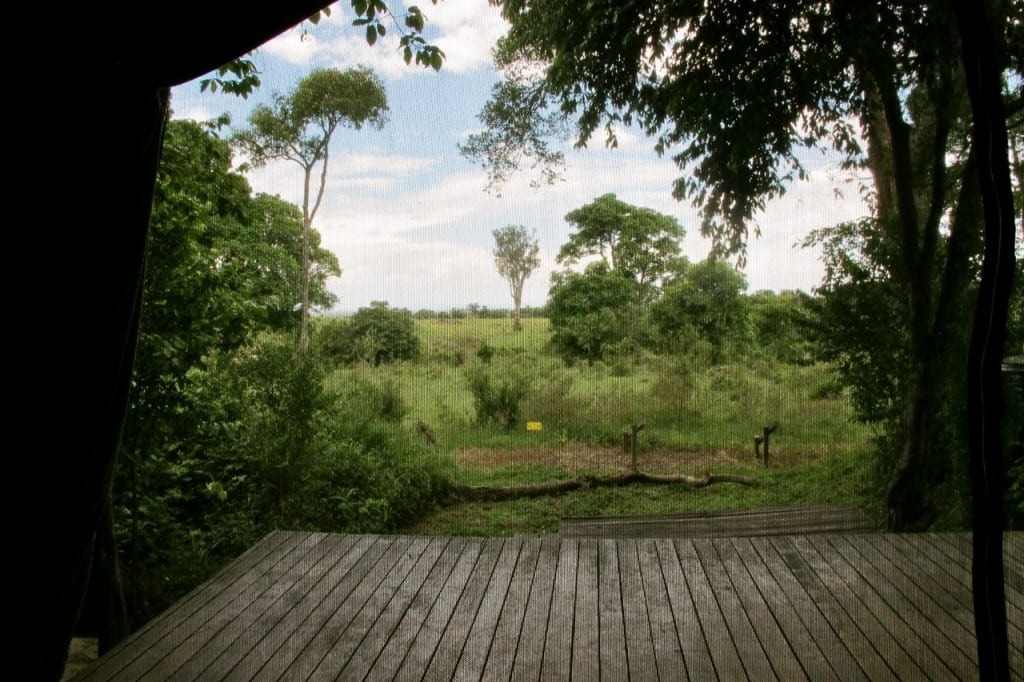 My view of the savanna

Evenings at the lodge are rich with smiling travelers, eager to tell stories about the day’s best Kenya safari sightings over dinner, perhaps a song or two from the staff and a bonfire under impossibly bright stars. Since Kichwa Tembo is not fenced off, there are all sorts of wild critters roaming around the camp, including the Chicky Boys, a group of rowdy Capuchin monkeys who’ll sneak into your tent if you don’t lock it up just right. While the area is pretty safe and the big guys generally stay away, house rules say a guide must walk you back to your tent after dark.

This is the wilderness, after all. 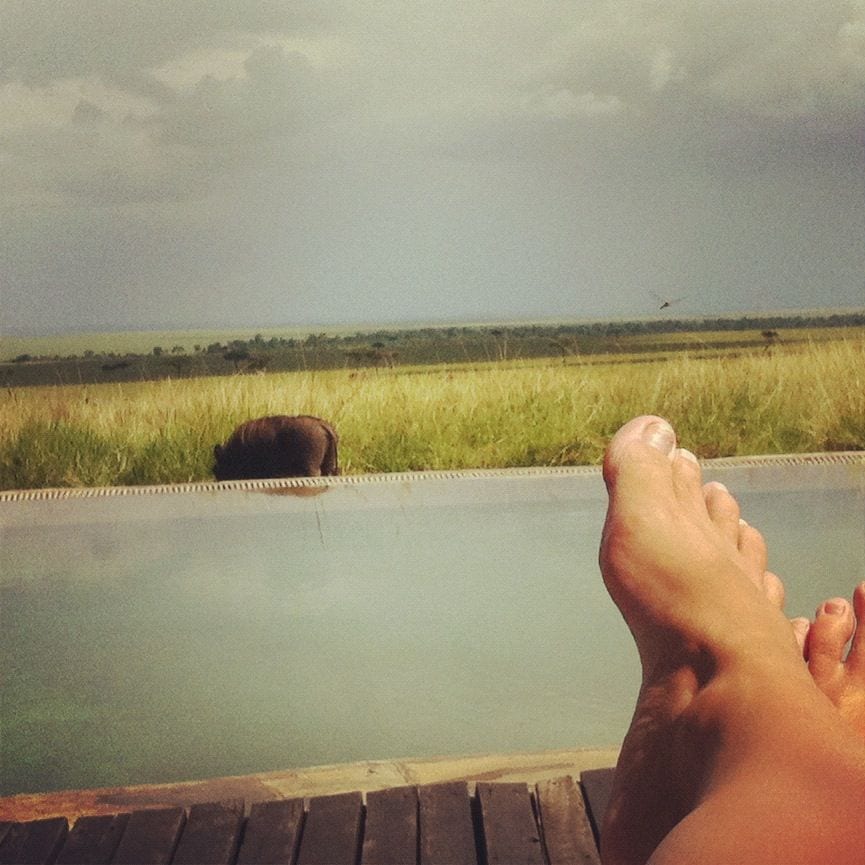 Chilling by the pool with a warthog, trying desperately not to sing Lion King songs aloud 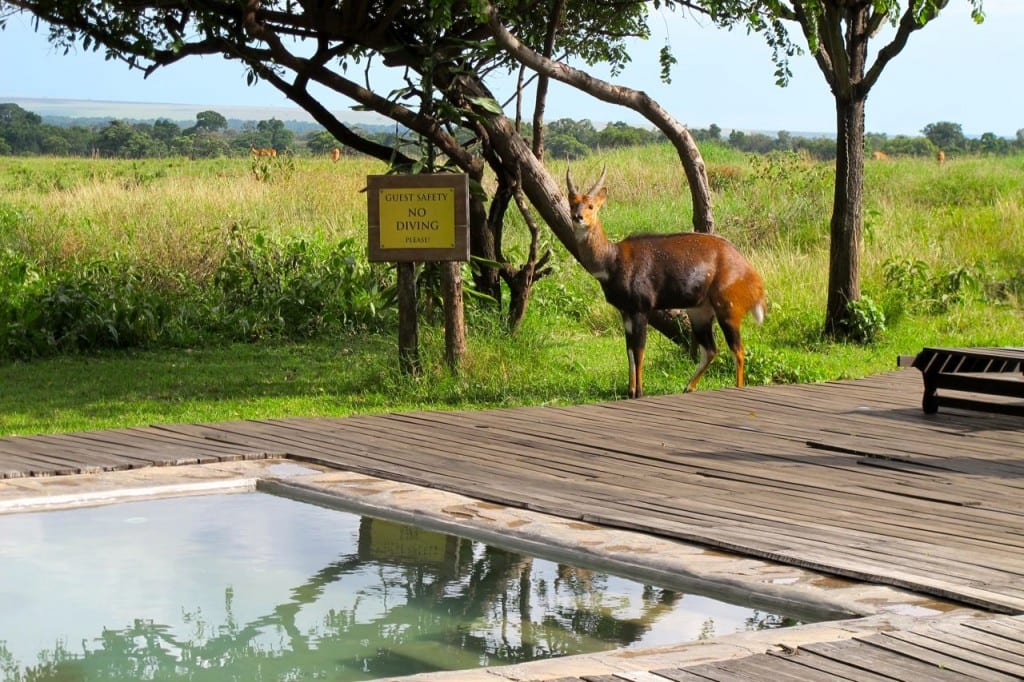 Even as a solo traveler, you won’t be lonely at the pool

The animals and the cozy lodge aren’t the only aspects of Kichwa Tembo that make you want to come back. I read reviews before I arrived and saw over and over that the staff was meant to be top notch – TripAdvisor did not fail me! Gracious and forever smiling, the waiters, guides and tent attendants were so warm and kind. I instantly felt welcomed and right at home.

With diverse wildlife and a front row seat for the Great Migration, I discovered firsthand that the Masai Mara is one of the best places in the world to go on safari. To top it off, it’s easily accessed via Nairobi… it doesn’t take days of driving or trekking. You can wake up, head to either NBO or Wilson Airport, fly to the airstrip and be in the midst of unbelievable African wildlife within a few hours.

I would’ve loved to stay more than two nights, yet I’m beyond satisfied with how much I did see in that short time. Still, I can’t wait to visit Willy, the Chicky Boys & warthogs and Kichwa Tembo again as soon as possible.

After all, I’ve got rhinos to see!

Thanks to &Beyond Kichwa Tembo for the complimentary stay. As always, all opinions on Angie Away are my own.

2 thoughts on “Where to Stay | Masai Mara, Kenya”