We’ve learned about Masai giraffes and now it’s time for a photo safari with… the African elephant.

I loved getting up close to the elephants of the Masai Mara. We must’ve seen 50 at a time just wandering the savanna at their own leisurely pace. 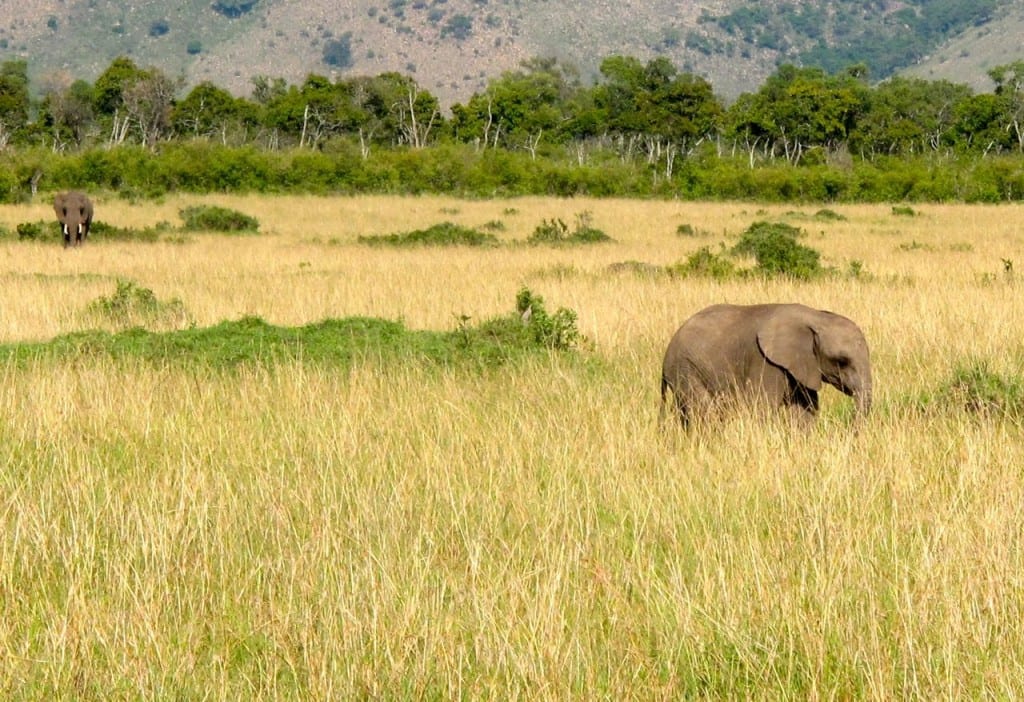 Elephants are regal, aren’t they? I was so excited every time Willy, my guide from Kichwa Tembo, would drive us near a herd. And there were so many precious elephant babies in the Masai Mara, huddling close to their mothers in most cases… but a few wandered off like the little guy above. 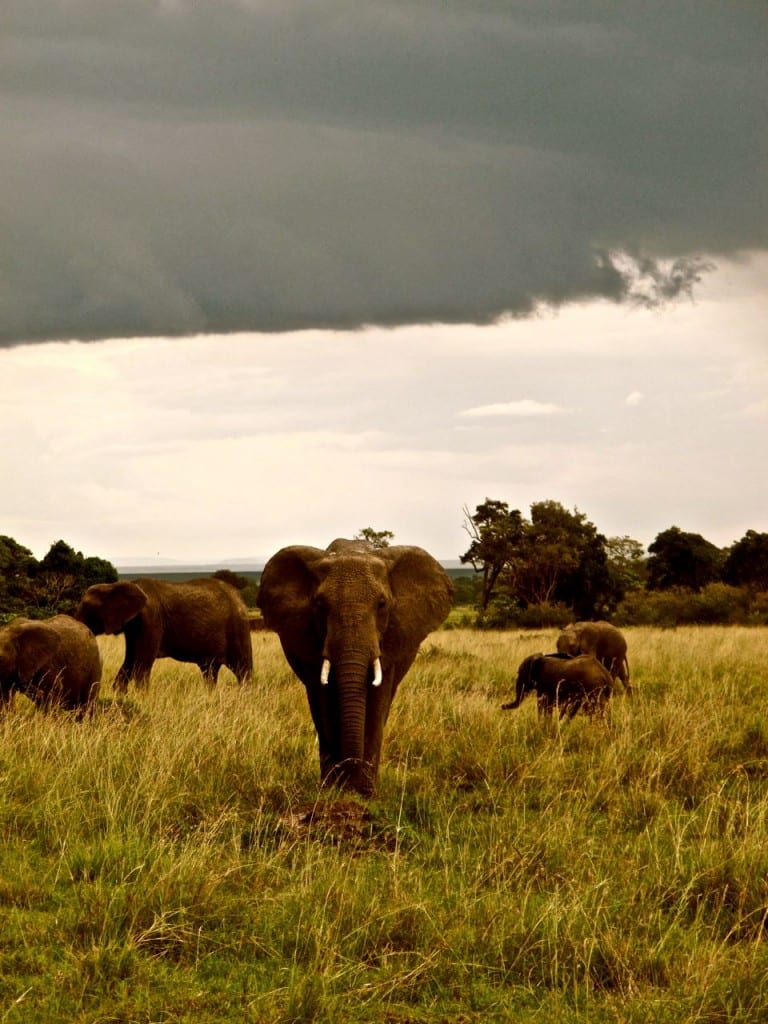 African elephant society is a matriarchal family affair made up of about 10 individuals. 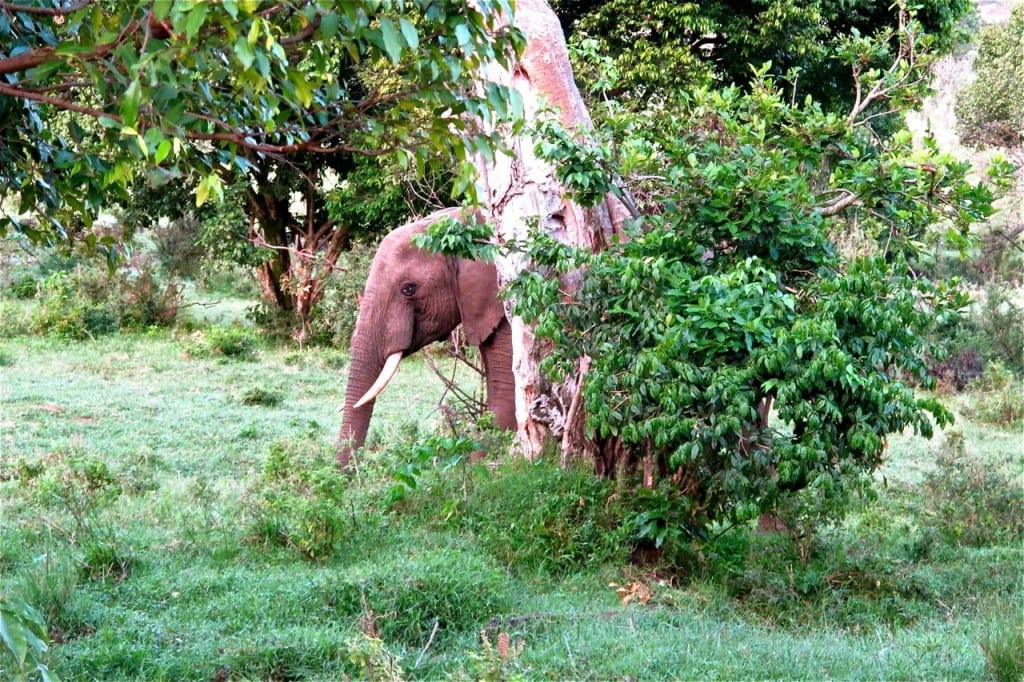 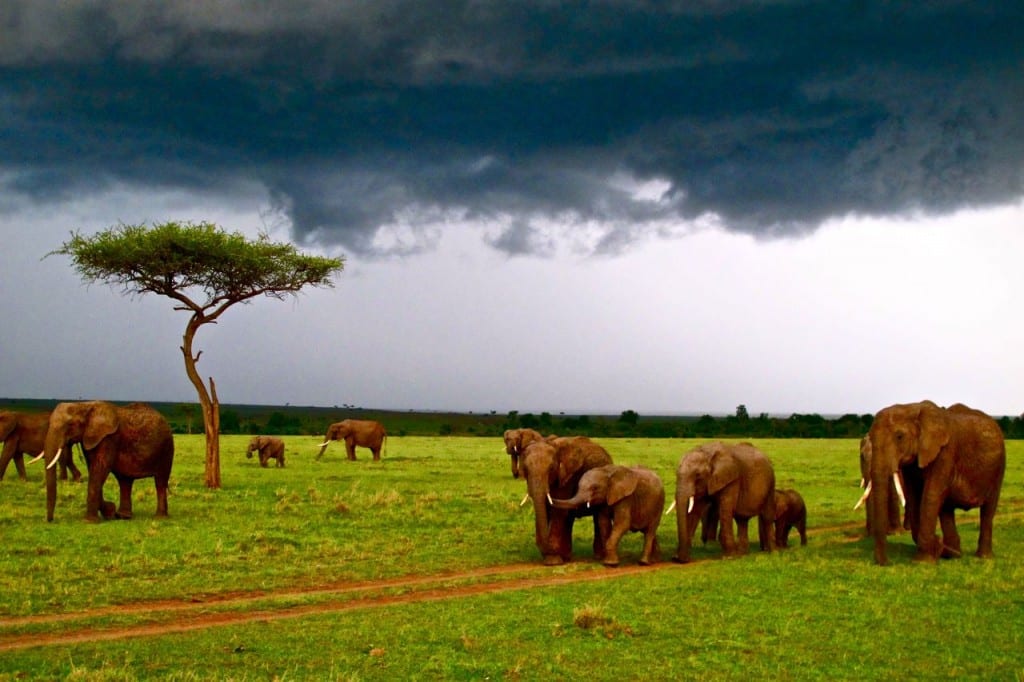 Elephants are some of the smartest creatures in the animal kingdom, mostly due to a very large brain. “An elephant never forgets” is a saying for a very good reason!

Check out some video I took of the Masai Mara elephants, and listen to some gorgeous music I recorded the staff at Kichwa Tembo singing one night. It’s infectiously cheerful!