Skip to content
Hello all! Ready for a jaunt to jolly old London? London is one of my favorite cities, and I can’t wait to share my itinerary from my recent trip with Monograms.
Before I dive into the activities, let’s talk about what happens when you book one of Monograms tours. Monograms is a travel company that offers the convenience of a group travel with the freedom of independent travel. Even seasoned travelers like us can miss flights, get confused at the train station or find themselves at a sketchy hotel. Monograms takes care of the more stressful travel details and logistics, leaving you to just have fun.

Planning a trip with Monograms lets an expert take care of the not-so-fun parts of a trip, while you focus on the best part – the experience. For information about the Monograms difference, check out my last post. 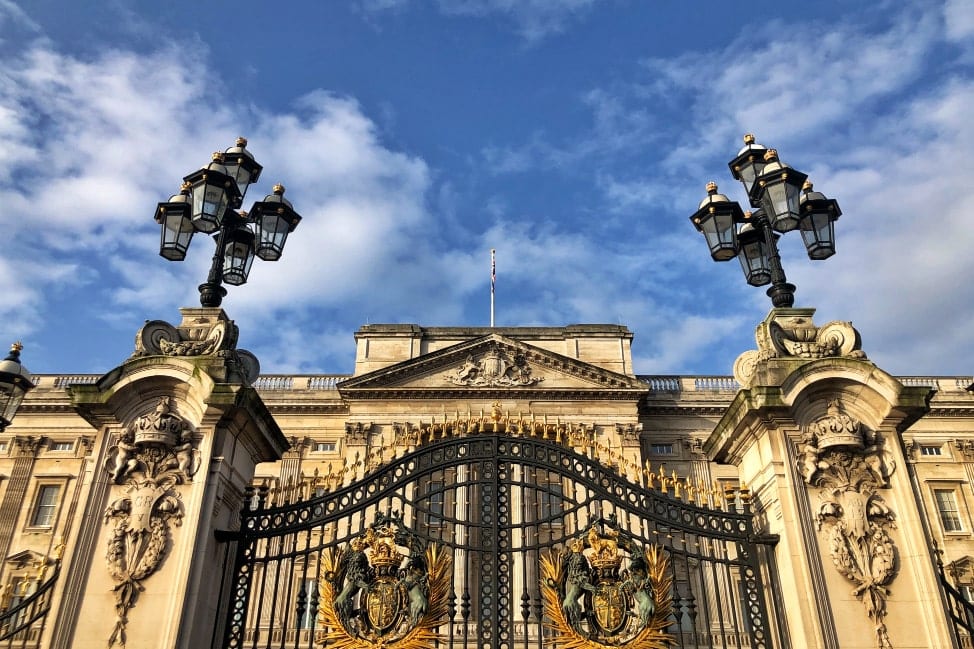 London has so many layers of history, you can visit 100 times and still see and learn new things. I know this for a fact because I visited earlier this year, and barely saw the same neighborhoods on this visit.

A few months ago I started planning my trip with Monograms. When I planned my own trip to London earlier this year, there was a ton of back and forth and hours spent on research. That can be fun, but it also gets tedious. Have you ever heard of analysis paralysis? It happens to me anytime I’m planning my own big trip.
It was a totally different experience planning my Monograms visit. They gave me choices for things to do in London and outside of the city. I sent my options and BOOM, a wizard behind the scenes coordinated everything. All I had to do was show up. Thank goodness for Monograms!

The first day on a Monograms tour begins with a walking tour of the city with a guide. This is so helpful and honestly the best way to start in a new city. Even in London, I learned about new places and facts that were all new to me. (Note: Can I might book a Monograms tour in my hometown?! Imagine all the new stuff I’d learn.) 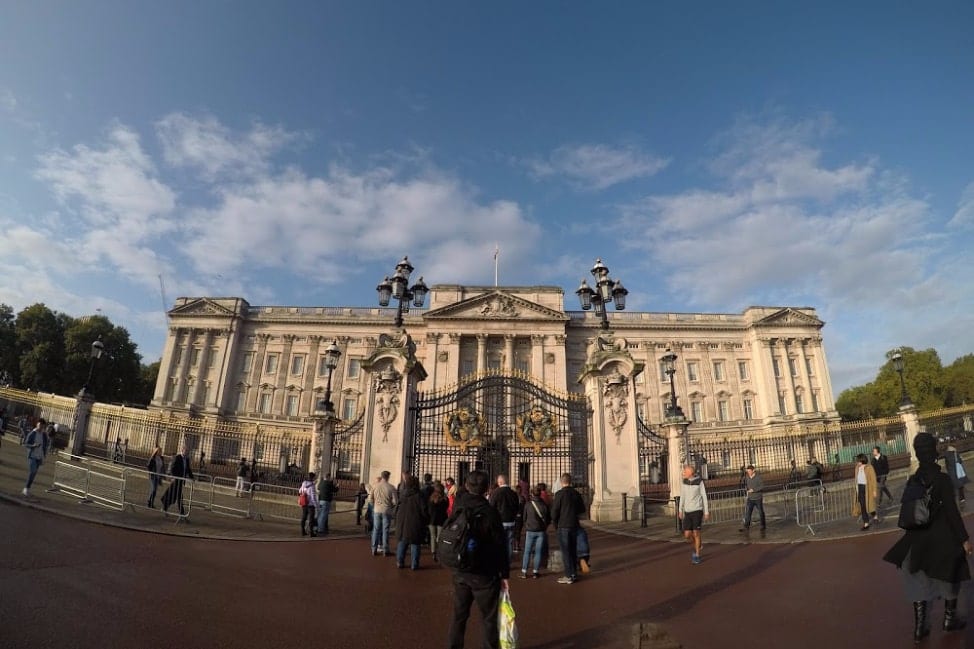 We started bright and early at Buckingham Palace. The guides know all the best times to visit the landmarks, and this was the first time I had been to the palace without hordes of people crowded around.

Did you know you can tell if the Queen is in the palace just by looking at the flag?

The Royal Standard is flown over the palace only if she is home. If the Union Flag flies above Buckingham Palace, it signals that the Queen is not inside. Sadly, QE2 was not around while we were there. Maybe we’ll catch her next time.
After Buckingham Palace, we drove to St. Paul’s Cathedral, one of the most recognizable sites in London. I visited a few times before, but only to see the famous steps where the bird lady from Mary Poppins sang Feed The Birds. With our Monograms guide, we skipped straight to the front of the line.

St. Paul’s Cathedral dominated the London skyline for centuries. At 365 feet tall, St. Paul’s only gave up its status as tallest building in London in 1967.

St. Paul’s has been the site of many historic occasions, including Winston Churchill’s funeral and Prince Charles and Lady Diana’s wedding. Visitors can come and marvel at the magnificence of the cathedral for a fee or attend a service for free. 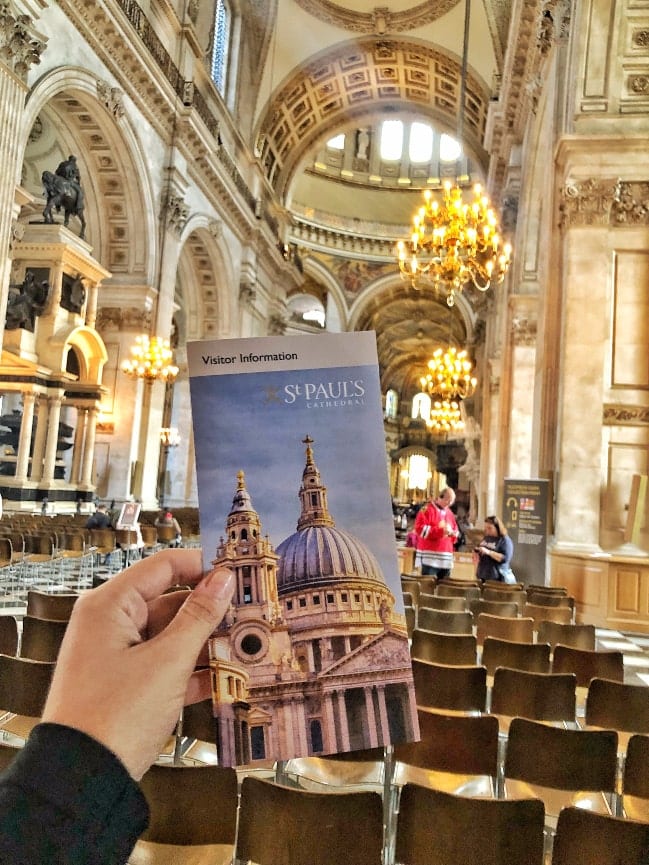 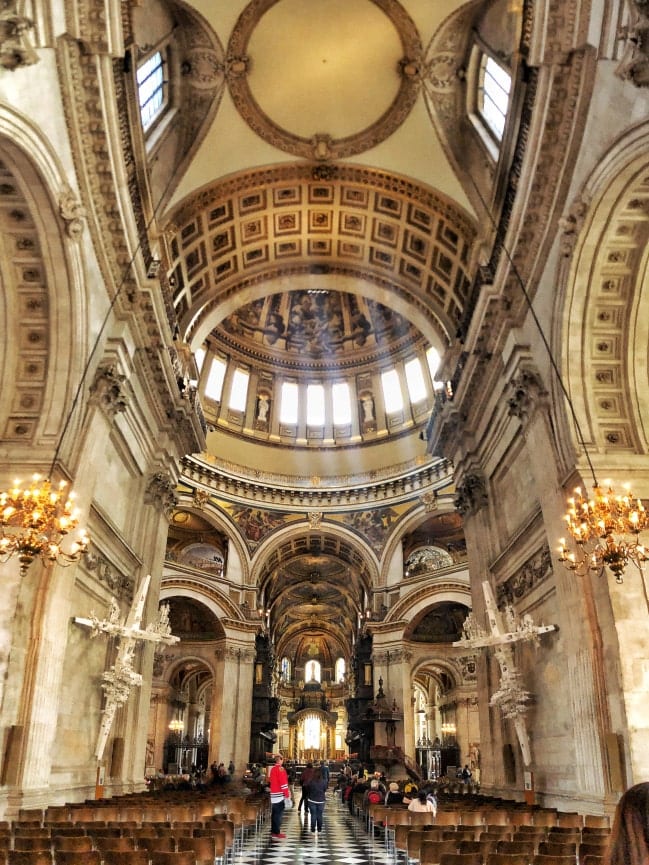 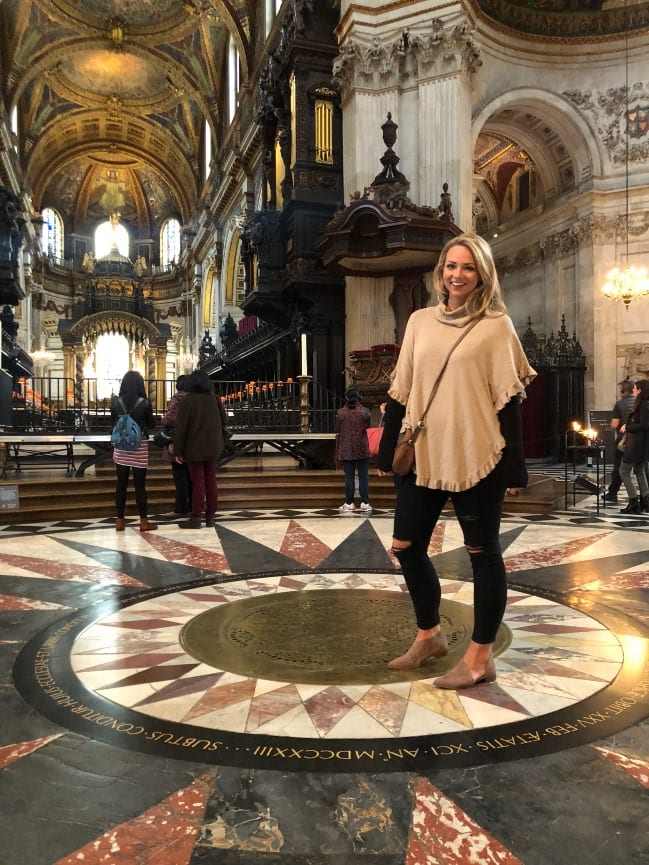 If you’re up for it, you can hike 528 steps to get views of the Thames, the Tate Modern and Shakespeare’s Globe theater from the top of the cathedral. I didn’t do it (conserving my energy for the next few days!), but more power to you if you do.
Later in the day when the city tour was over, I had the chance to explore on my own… with a little help from Monograms. Based on the requests I sent when booking the trip, Monograms coordinated a visit to the Churchill War Rooms. I had never been inside the War Rooms – even after all my visits to London. 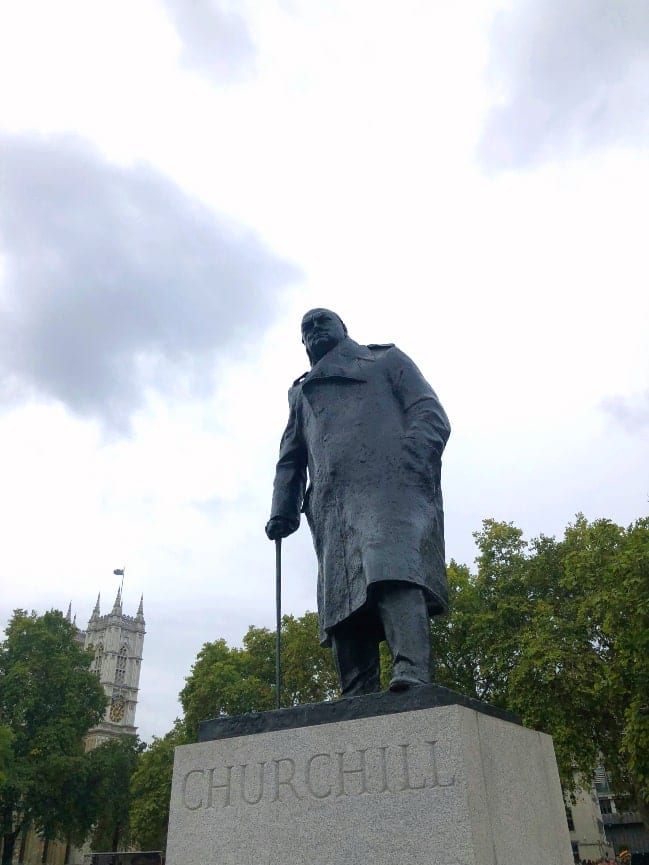 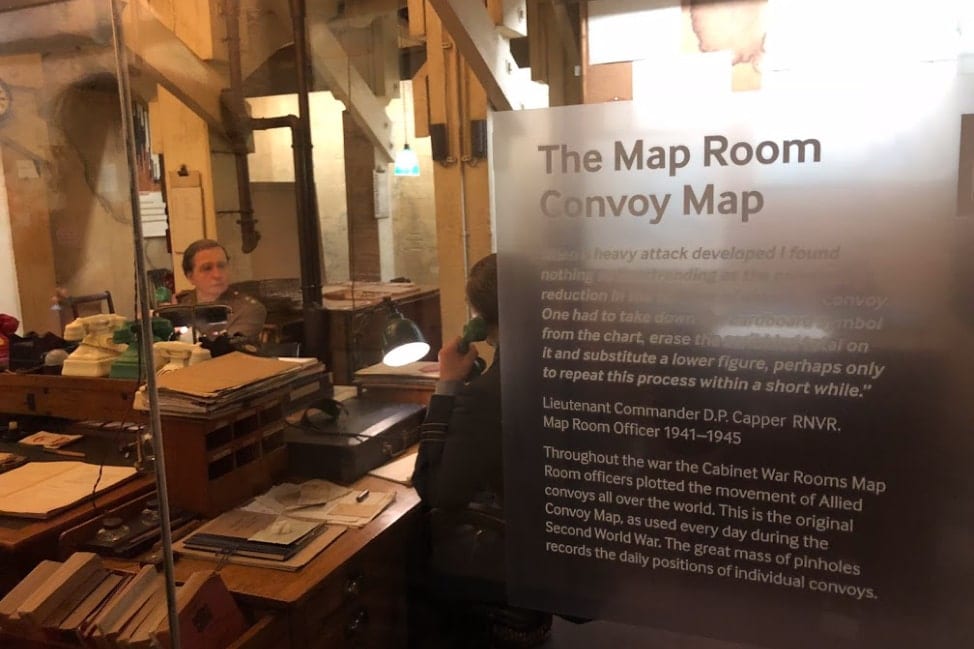 With Monograms, I loved that I had time to explore a little bit of London on my own.

Can you think of a better way to end a first night in London than with a show in the West End? And though I’ve seen it before, I couldn’t say no to another trip to Oz! Wicked is one of the West End’s longest running shows and one of my all time faves.
Monograms coordinated tickets and I was thrilled to find the best seats I’ve ever had. We were so close to the stage, I imagine Elphaba could see the tears rolling down my face. I decided I missed my calling, even though I can’t sing or dance.
Maybe I shouldn’t quit my day job…

I’ve been to London several times in the past few years and every time I’ve tried to get tickets to the Warner Bros. Studio Tour in Leavesden, they’ve been sold out. As the biggest Harry Potter fan in the world with so many wonderful HP experience under my belt, this was a problem that had to be remedied. Plus, Angie went a few years ago and said it was amazing. I felt like a looked-over Weasley kid… when would it be my turn?
One of the options on the Monograms tour was a day trip out to the studios and I thought, “There is no way we can get tickets to this!”
YOU GUYS. MONOGRAMS GOT THE TICKETS. 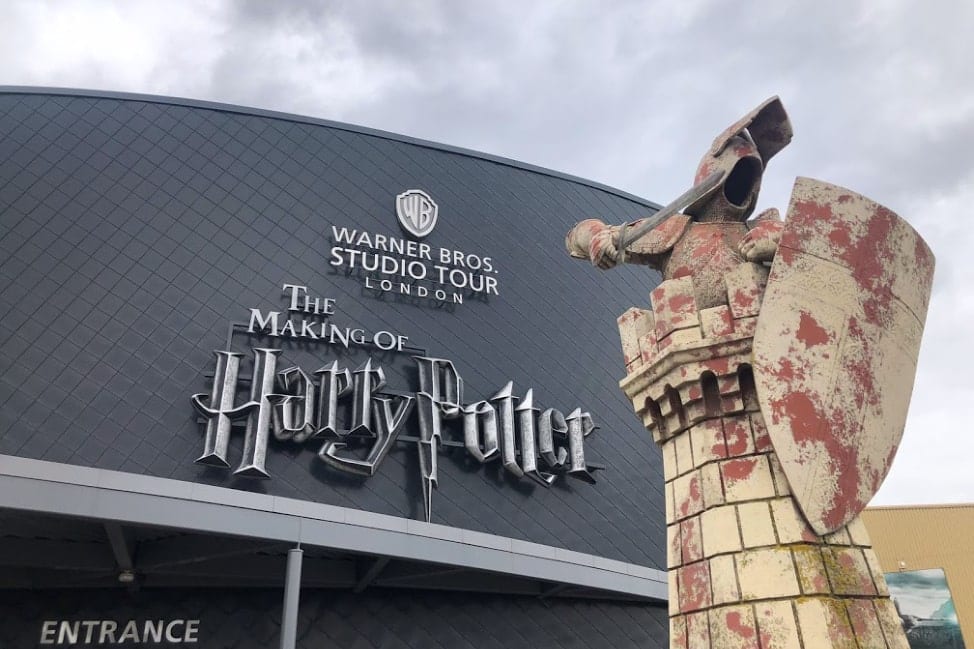 Nothing could prepare me for this day. That might sound dramatic but I don’t care. The tour was incredible, lived up to the hype and is a must for any Potterhead. 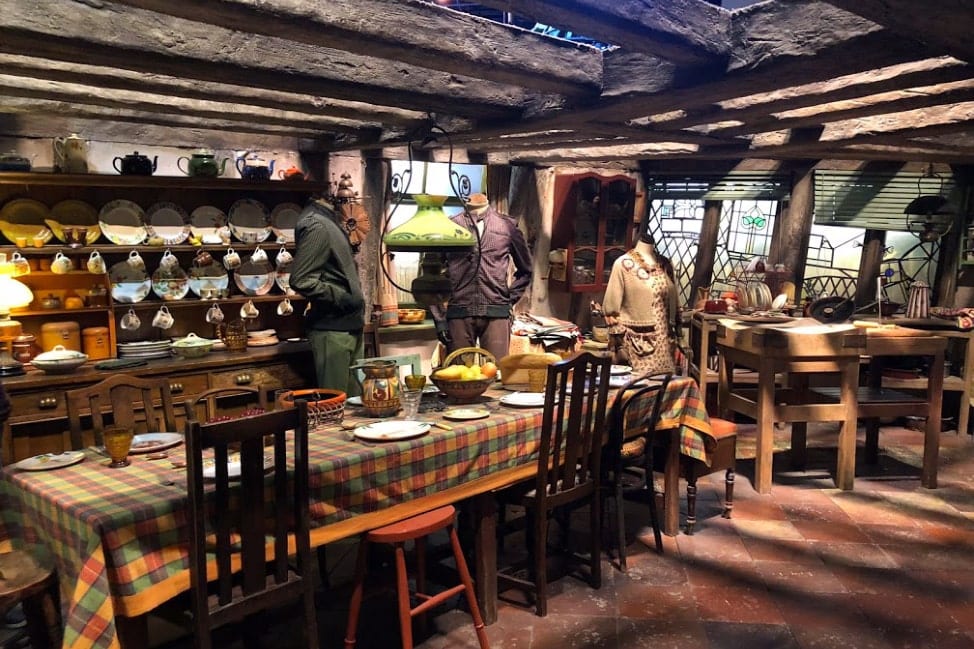 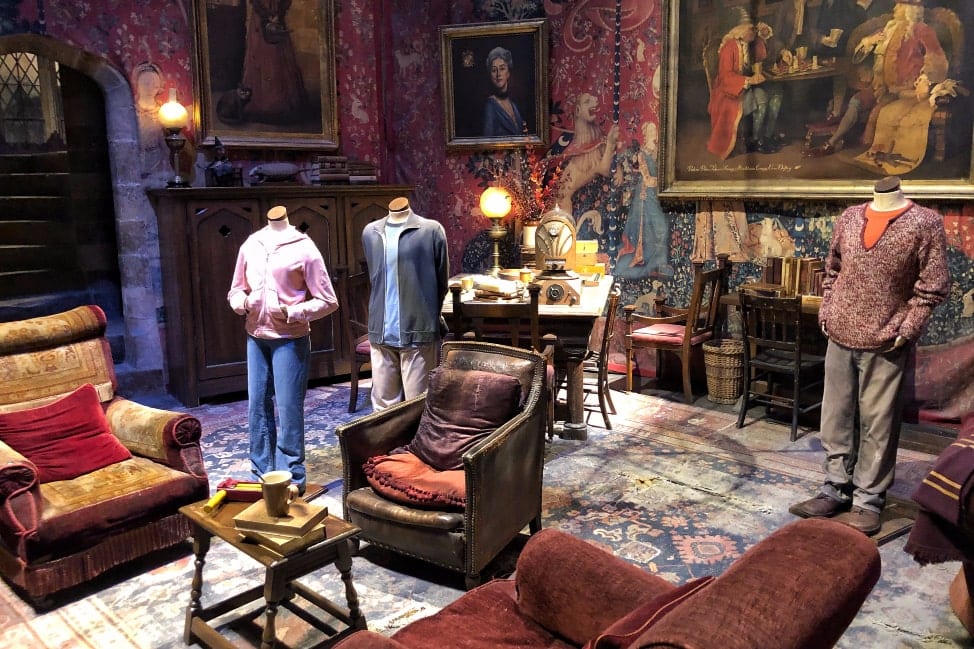 We saw the sets, costumes and props from Hogwarts Great Hall, the Forbidden Forest, the Hogwarts Express, Platform 9 ¾, Diagon Alley and SO much more. 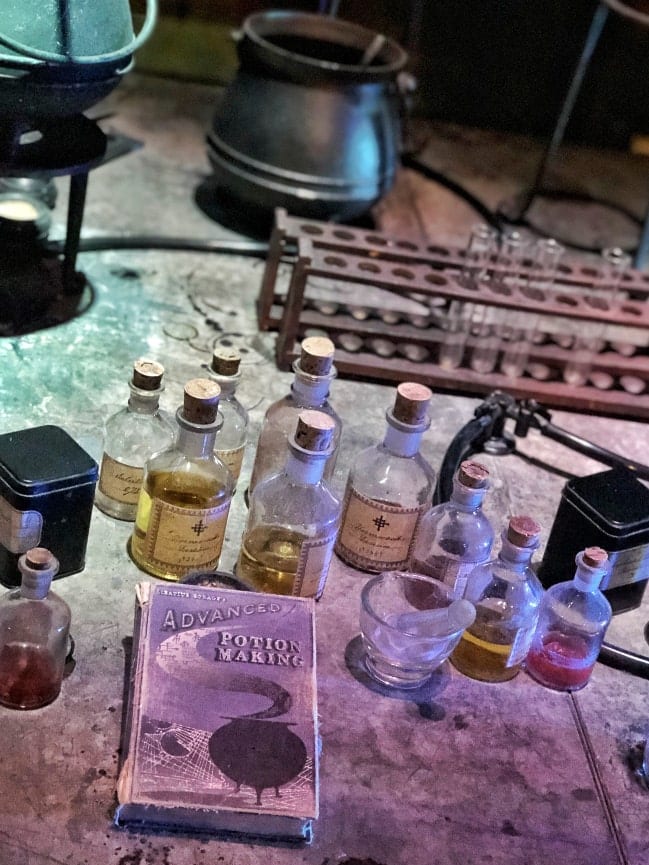 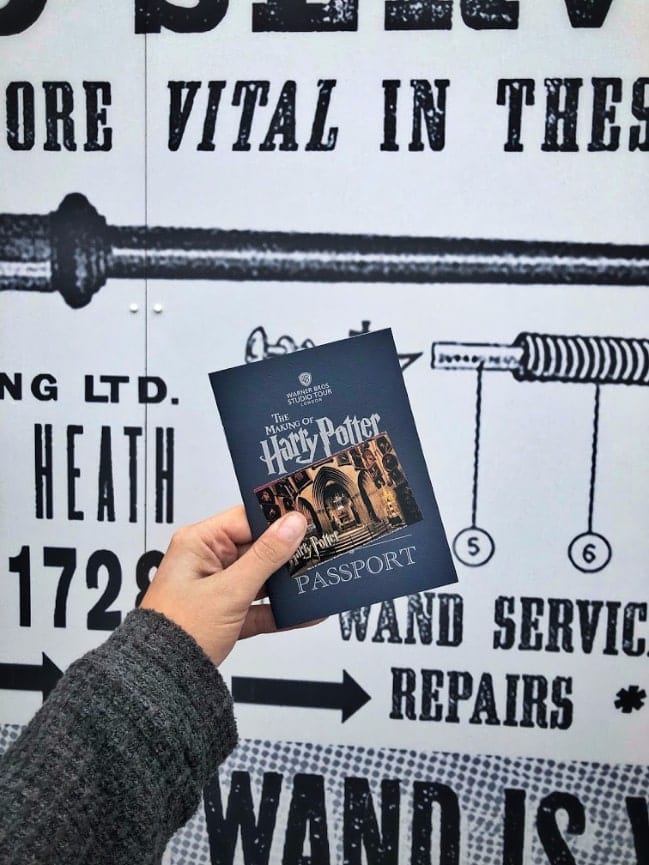 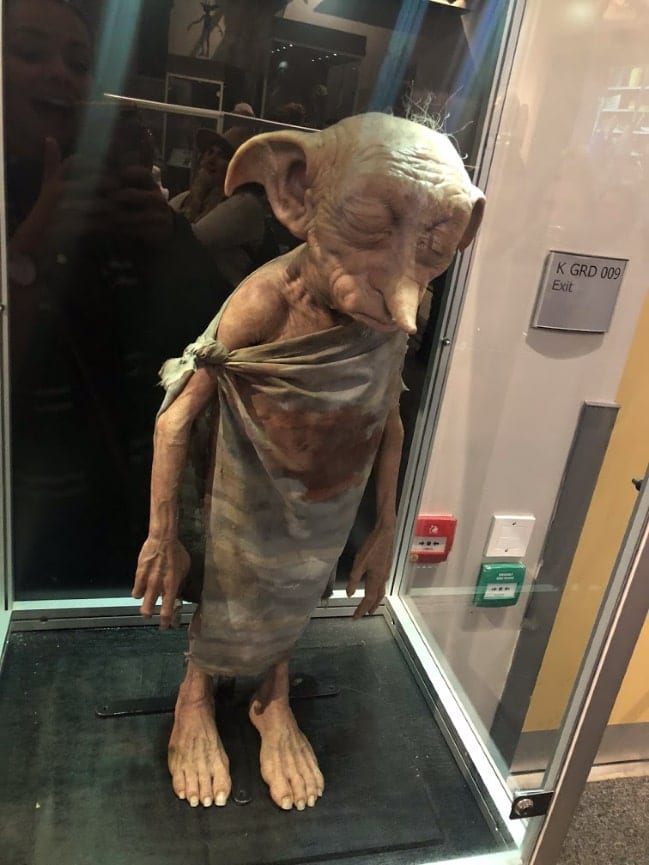 I spent the better part of four hours exploring the studio and it was worth every moment. When I started reading Harry Potter and the Sorcerer’s Stone in 2005, I had no idea I would fall in love with the series and the characters. And being here, with the actual sets, costumes and props… I might’ve cried just a lil bit. 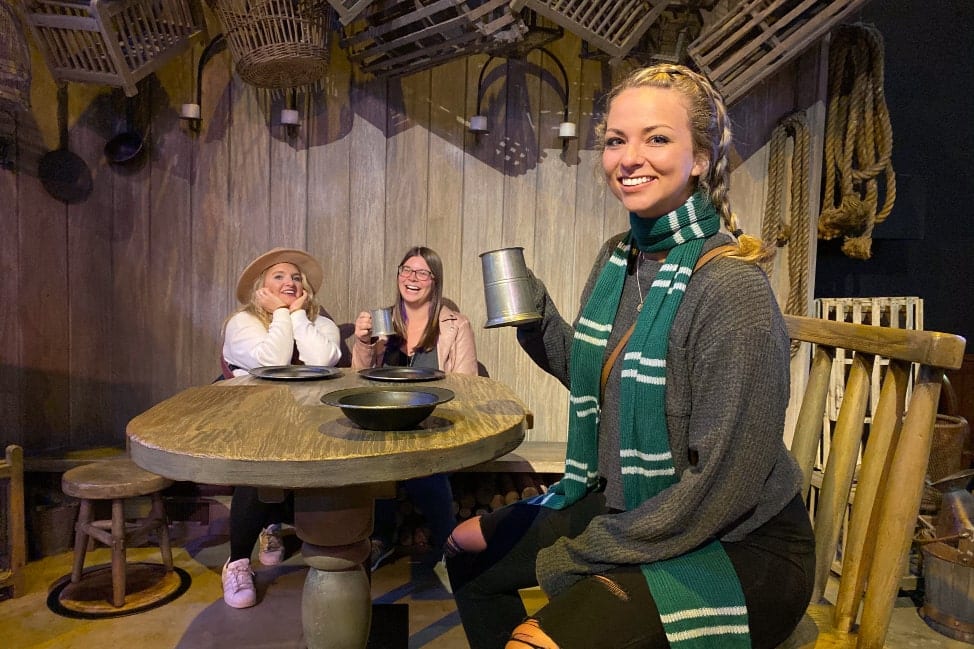 Despite visiting London frequently, I was impressed how Monograms tours created an itinerary that made everything feel new again. It was so nice to have someone else plan and set up everything for me, even in a place I was familiar with. Thanks for making this a memorable London adventure, Monograms!
Up next on my Monograms tour, Sorrento, Italy!
Thanks to Monograms tours and iambassador for hosting my visit and supporting independent content creators like us! And thank you, readers, for supporting the partners and travel providers that keep Angie Away and The Jet Sisters a free travel resource. Please note, AngieAway.com contains affiliate links. If you make a purchase using these links, we may earn a commission at no extra cost to you.
Have you been to London? What’s something you’ve always wanted to do, but couldn’t? Let me know in the comments!

2 thoughts on “Monograms Tours: Getting To Know London”