15 Fun Things to Do in Edmonton, Alberta

Welcome to Edmonton, the capital of the prairie province of Alberta. Often called the Texas of Canada, both for its size and agricultural roots. Many folks end up in these parts on the way to Jasper or Banff National Park, but don’t discount Edmonton as a destination in and of itself. If the City of Champions is not yet on your Canada bucket list, take a look at these Edmonton tourist attractions, hotels and events and you might just have to move it to the top!

Edmonton is an easy 3-hour drive from Calgary and 3-4 hours from Jasper and Banff in the prairie province of Alberta. Alberta is bordered by British Columbia on the west, Saskatchewan to the east, the Northwest Territories to the north and Montana to the south.

Edmonton’s airport is YEG and offers scheduled non-stop flights to major cities in Canada, the US, Mexico, the Caribbean, Central America and Europe. US residents can clear US Customs and Border Protection at the airport, my favorite perk ever.

Pin Me For Later

More About Visiting Canada in the Summer

Only in Edmonton can you ride a refurbished trolley car dating back to the early 1900s. The High Level Streetcar is aptly named, as it’s the world’s tallest river crossing of its kind – you can’t get views like this anywhere else!

Catch the trolley at the Jasper Terminal located between Jasper Ave and 100th Ave at 109th Street and cruise through Old Strathcona and downtown Edmonton on former Canadian Pacific Railway tracks. It’s only $6 to ride and it’s cash only so come prepared.

Edmonton’s geographic location in the center of an agriculturally rich province means there’s fantastic cuisine everywhere you look, much of it sourced from the region. I did the heavy research (you’re welcome) into the area’s best restaurants, so here’s a look at my some of my favorite eats in Edmonton. (Note: Bring stretchy pants.)

3. Stay in the Historic Chateau on the River

Did you even visit Canada if you didn’t stay in at least one Fairmont? The Fairmont Hotel Macdonald has unofficially stood sentinel over the North Saskatchewan River Valley for more than 100 years. As elegant as you’d expect a historic Fairmont to be, there’s a spa, an indoor pool and hot tub, a gorgeous wood-paneled restaurant overlooking the river valley and a sweet pup to greet you in the lobby.

If you’re into shopping – window or with your actual wallet – check out the 4th Street Promenade for art, food and unique boutiques. It’s one of the hottest areas in Edmonton, extending from 99 Avenue to 104 Avenue.

If you’re on the hunt for cool street art, look no further than funky, bohemian Old Strathcona. It’s known as one of the best places to shop as my friends can attest. Check out Gravity Pope, Bamboo Ballroom and the Junque Cellar for all sorts of goodies.

We were on the hunt for broken in boots to wear to Calgary Stampede. Sadly we came up empty on that front but found plenty more to fill our carry-ons with.

I’ll forever be a fan of Alberta in the summertime – the cities absolutely come alive! Everyone is in such a jolly mood and everyone is outside. You can’t go a day without running into a new festival in Edmonton. We were in town during the Edmonton International Street Performer’s Festival in Old Strathcona. Dancers, mimes, improv, balloon artists – there was a spectacle on every corner.

Craft breweries and distilleries are all the rage right now, and despite a bunch of bizarre and outdated regulations on booze creation, you can get your fill in Edmonton. Situation Beer is a fully functioning microbrewery with a rotating selection of beers whipped up onsite. There’s a restaurant, too, with tasty nachos and the best pico de gallo in Alberta.

Around the corner, you can take a tour of teeny tiny Strathcona Spirits, Edmonton’s first legal distillery and the smallest in North America. And by tour, I mean walk in the door and look around – it’s just one room with a couple custom stills and some cleverly branded bottles.

You’ll learn about the ingredients and process of creating this specific gin and vodka. Plan to buy a bottle or two – they make great gifts and each variation has its own uniquely designed label with a fun backstory. Be sure to ask about Wayne Gretzky – that’s a great story!

Fun fact: Edmonton was established in 1795 as a Hudson’s Bay Company post. The early fur trade made this place happen!

At the museum, which has a mind-boggling 2.4 million pieces, there’s an interactive bug room for kids (ewww!) and a digital sandbox.

9. Cheer on the Edmonton Oilers

What’s more Canadian than ice hockey?! The Gateway to the North is home to the Edmonton Oilers, a multiple-Stanley Cup winning NHL hockey team. The Oilers play at Rogers Place in the Ice District. You can get there via the Edmonton Light Rail Transit system and the Edmonton Transit Service bus. Don’t forget to snap a photo with the statue of legendary Wayne Gretzky.

On the 4th Street Promenade and within sight of Rogers Place, you can see some of the brightest reminders of Edmonton’s past. The Neon Sign Museum features 20 restored neon signs, each one with a plaque telling the sign’s story.

The experience is open 24 hours a day, 7 days a week. No admission is required.

I’m singling out Duchess Bake shop because so many people recommended it to me before my visit to Edmonton. It’s the perfect mid-afternoon snack stop, especially if you’ve been wandering around the shopping areas like we had! Pastries, cakes, coffees and a very tasty chai tea latte make this one of the best snacks of the trip.

12. Shop ’til you Drop at the West Edmonton Mall

Let’s go to the mall! You don’t have to know who Robin Sparkles is to know that there’s no better place to be in a Canadian winter than a sprawling indoor mall. The West Edmonton Mall is one of the largest in North America, with more than 800 stores, a theme park, water park, mini golf and a movie theater. Leave space in your suitcase for goodies!

In July, the acres upon acres of canola fields are blooming with bright yellow flowers. You can’t miss the fields on the outskirts of the city!

Things to Do Just Outside Edmonton

Like many Canadian cities, Edmonton is on the edge of the glorious outdoors. It only takes about 40 minutes via car to get to Elk Island National Park, where you can see a million stars at once on a clear night. There are hiking trails, lakes and a great interactive visitors center, plus you can take a backstage tour of the bison conservation facility to learn about how they’re leading conservation of these once plentiful creatures.

Don’t let the name confuse you – the stars of Elk Island aren’t elk at all, though you might see them. They’re bison, pronounced with bizon in this neck of the woods.

The bison roam freely so there’s no guarantee you’ll meet up with them during your visit. We were incredibly lucky to come across a group of 100 within 10 minutes of arriving at the park, including dozens of weeks-old babies.

Fun fact: Elk Island National Park has higher densities of hoofed mammals per square mile than any other area in the world.

Don’t get out of your car to approach the bison. We saw a handful of tourists doing this and couldn’t help but wonder what would possess someone to approach a wild animal that weighs as much as a small car. You can experience them safely from your vehicle. *Should Be Obvious But Clearly Not*

15. Farm to Table Dinner at The Old Red Barn

The dinner takes place either on the veranda or in the loft of the 1950s gambrel barn, with views of Whitemud Creek, horses and fields of yellow canola blooms. Our meal was prepared by Kitchen by Brad, one of Edmonton’s most respected chefs.

When to Visit Edmonton

I am Alberta’s No. 1 fan — particularly in the summer! It’s easy to see why, as the temperatures are comfortable, the sun sets late and there are so many things to do in Edmonton, and beyond.

And it’s fun to note that in a country chock full of quirky, friendly, pleasant people, Edmontonians are some of the quirkiest. I mean, they’re known to barbecue in blizzards! So I’ve really got to wrap my Floridian head around winter activities before my next visit.

Whether you’re stopping here before or after a journey on the Rocky Mountaineer or just road tripping around Alberta in the summer, you can’t go wrong with a few days in The Big E.

Thanks to Travel Alberta and Explore Edmonton for hosting my visit. All opinions are my own.

Curious about what that means? Check out my travel content creator code.

Rome Wasn’t Built in a Day, Do As the Romans Do, and Other Cliches 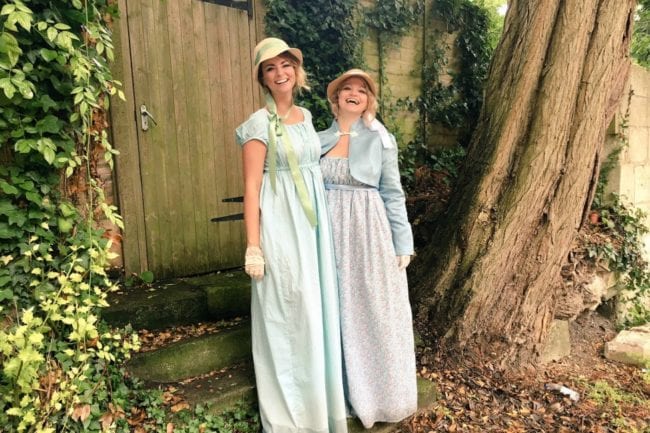 Getting Pampered in Vancouver – The Sea, the Tea & the Spa