Hola, y’all! Remember in May when I sailed away to Cuba on the first American ship to dock there in 50 years? I was so honored to experience history in the making! I’ve been getting tons and tons of questions from readers about the Fathom brand and the Cuba experience, so I thought I’d whip up a post outlining some of my thoughts. 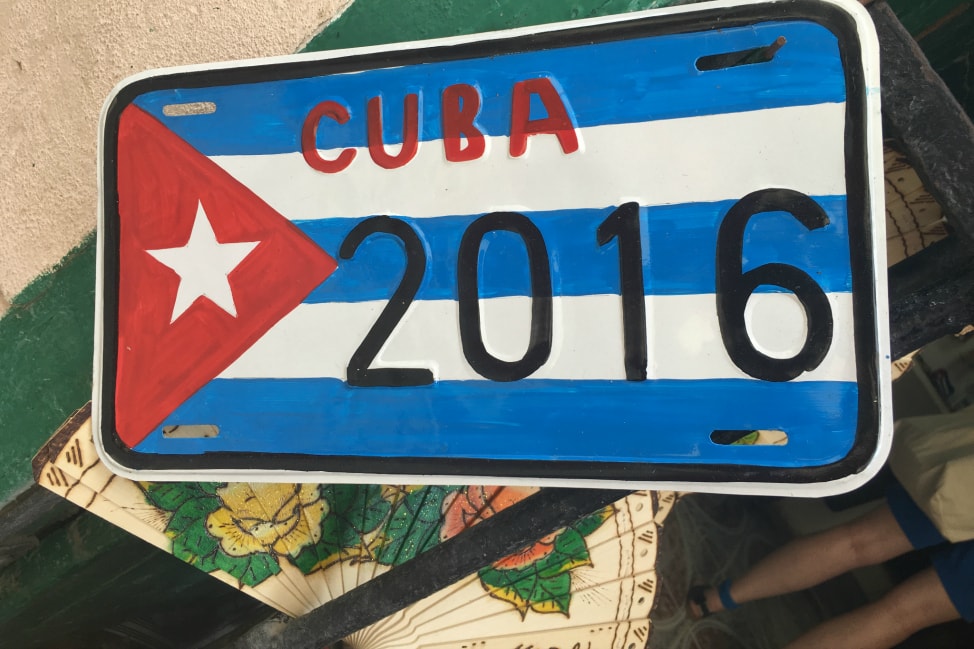 Formerly part of the P&O fleet, the Adonia got a makeover and now serves as the Fathom brand’s flagship. Every other week, she travels from Miami to Havana, Cienfuegos and Santiago de Cuba with ~700 passengers in search of People to People experiences. On alternating weeks, Fathom goes to the Dominican Republic to plant trees, create water filters and teach English.*

Having been behind the scenes on this particular brand, from the press conference in Washington Heights to the inaugural cruise, I am really excited to recommend the experience. The team impressed me so much with their dedication to making Fathom a wholly different cruise concept, where learning and contributing to the destination are a part of the journey.

Why Cruise to Cuba?

Just because “restrictions have eased” doesn’t really mean you can just pop over to Cuba for a mojito whenever you feel like it. There are still provisions and technicalities to be satisfied, which makes cruising to Cuba the easiest way to get to the island if you want to go right now. 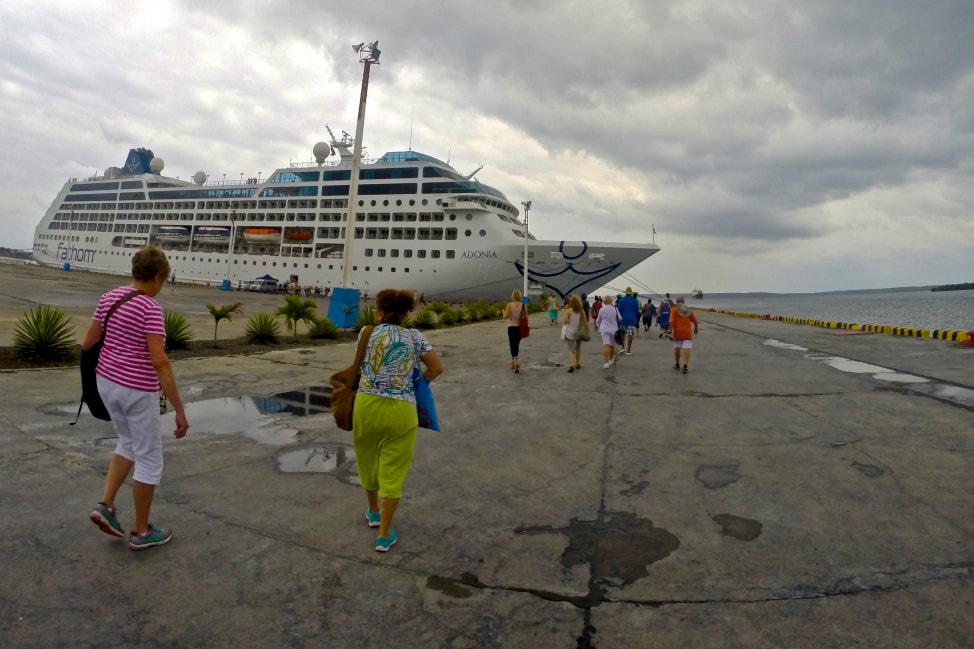 Cuba doesn’t have a huge inventory of land-based accommodations, so a cruise is a great way to travel and stay if you’re itching to get down there now that it’s a bit easier. Folks who stay in Havana often for business have told me that very, very average hotels (think 2.5-3 stars) on land cost $300-$600/night, so there’s something to be said for the value you get with cruising for accommodations alone. In comparison, Fathom’s Cuba cruise starts at about $2,200 and includes accommodations, transportation on island, activities and meals. Not a bad deal at all!

American credit cards are still not accepted on the island, so if you’re like me and depend on plastic while traveling, there’s an added layer of logistical planning if you’re staying for a while. You’ll need to figure out exactly how much cash you’ll need and exchange it for Cuban currency. (Another layer: there are two types of currency!) 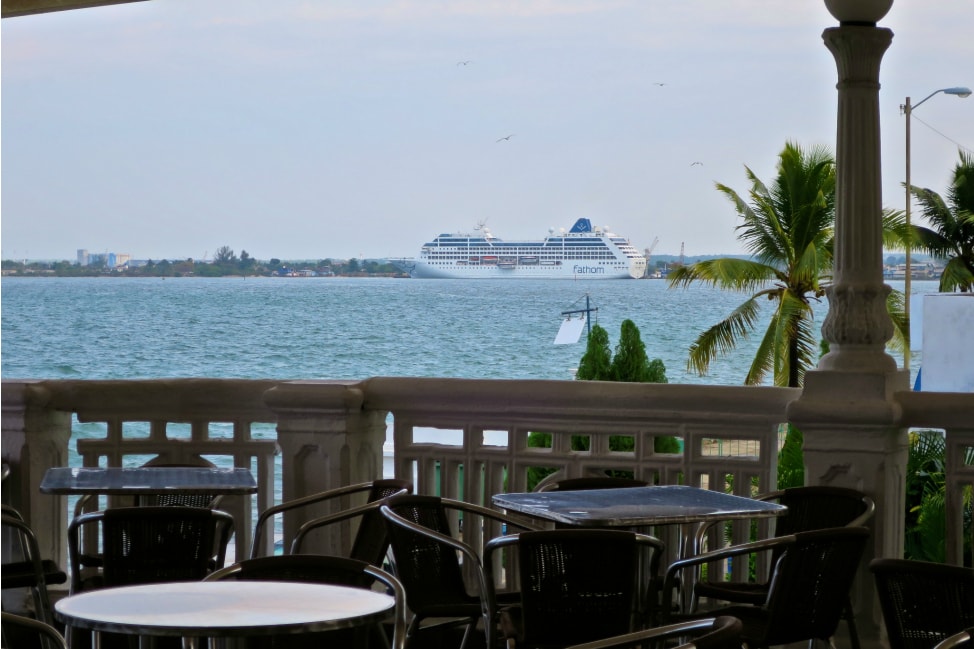 And then there’s the trouble of flying in. Though travel restrictions for Americans have eased, there are still hoops to jump through, visas to obtain and requirements to satisfy. When traveling with Fathom, you experience Cuba under the People-to-People requirement and Fathom handles all the paperwork for you. Since paperwork is the bane of my existence, this speaks to me more than you can imagine!

Having heard some of the harrowing stories about traveling overland by bus and taking domestic Cuba flights, I was relieved that my first experience going from city to city was so simple logistically. I was able to really focus on learning and connecting with Cubans, rather than panicking over schedules and timetables. 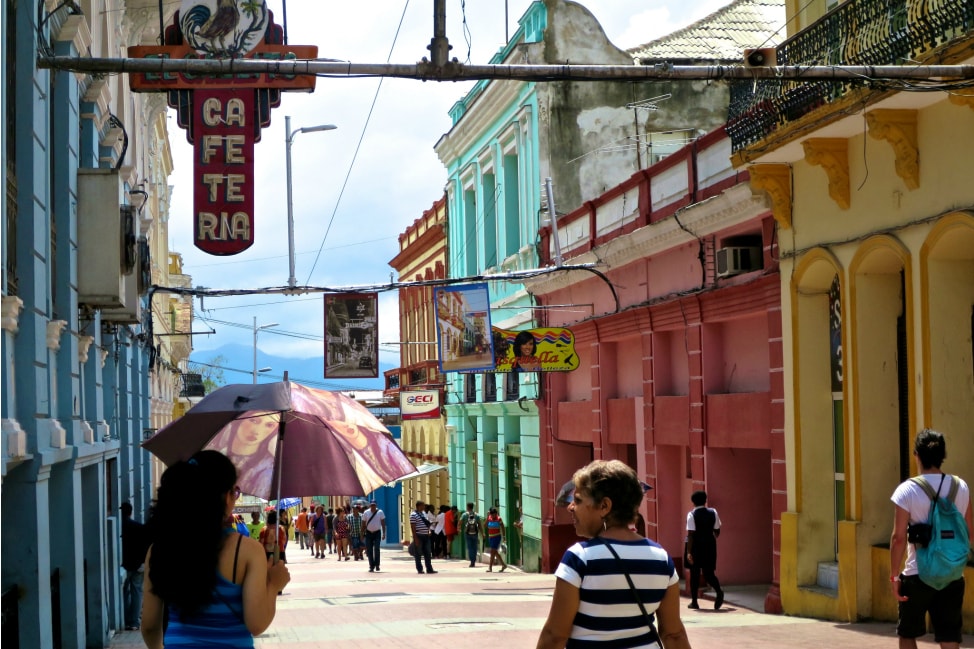 Even though you’ll hear Guantanamera enough times in 7 days to almost feel the Cuban blood running through your veins, cruising to three cities in a week is hardly an in-depth way to get to know a new culture. It is however, the simplest, quickest option (right now) to get a taste for Cuba and decide where you might like to go back to later.

And if you’ve grown a bit spoiled in your old age — what, just me? — it’s nice to have air conditioning and unlimited toilet paper to return to after exploring all day. 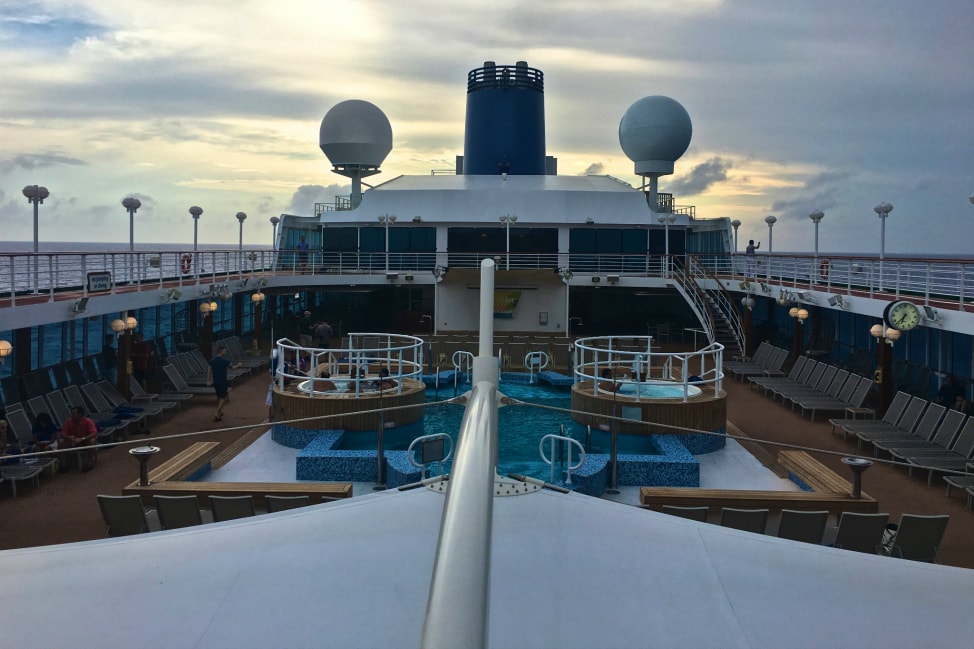 I am not saying cruising is always the most comprehensive way to experience a new place, but not everyone has the luxury of being a travel writer with the ability to dive into destinations for weeks or months at a time. If you’re one of those Americans with limited vacation time and a yearning to see Cuba, this is a great way to do it. 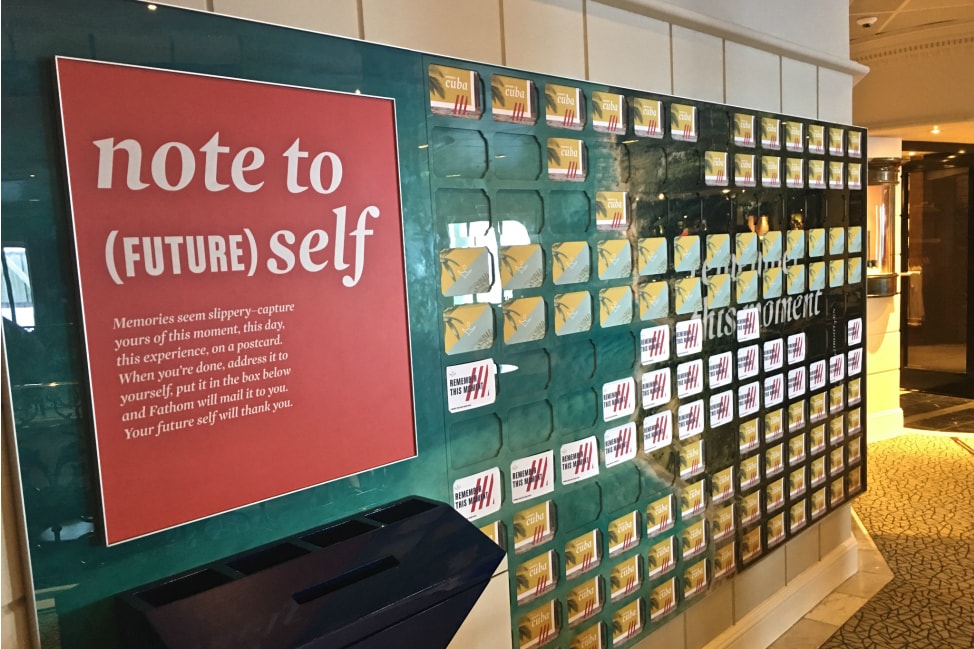 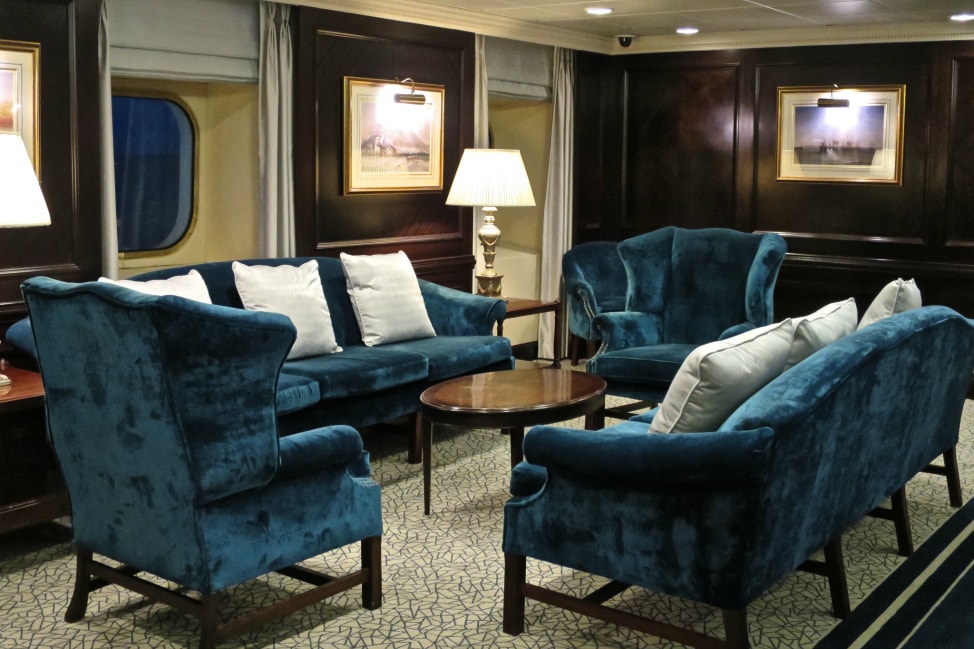 What is Fathom all about?

The Fathom experience is different than any other cruise I’ve ever been on. While standard cruise ship amenities were available, including a pool, bars, a spa, gym and restaurants, the hairy chest contests, casinos and Broadway-style shows are left to other cruise brands.

With Fathom, nearly every onboard activity focuses on the destination. Spanish lessons, salsa classes, Cuban musicians, Cuban films, Mojito & Flan night — the carefully curated shipboard activities really help to fill in some of the blanks you think you’d miss by sailing from port to port rather than traveling overland.

No matter if you’re on land, in the dining room or out by the pool, every interaction highlights the destination, so you’re always learning about Cuba and absorbing as much as you can about its culture. 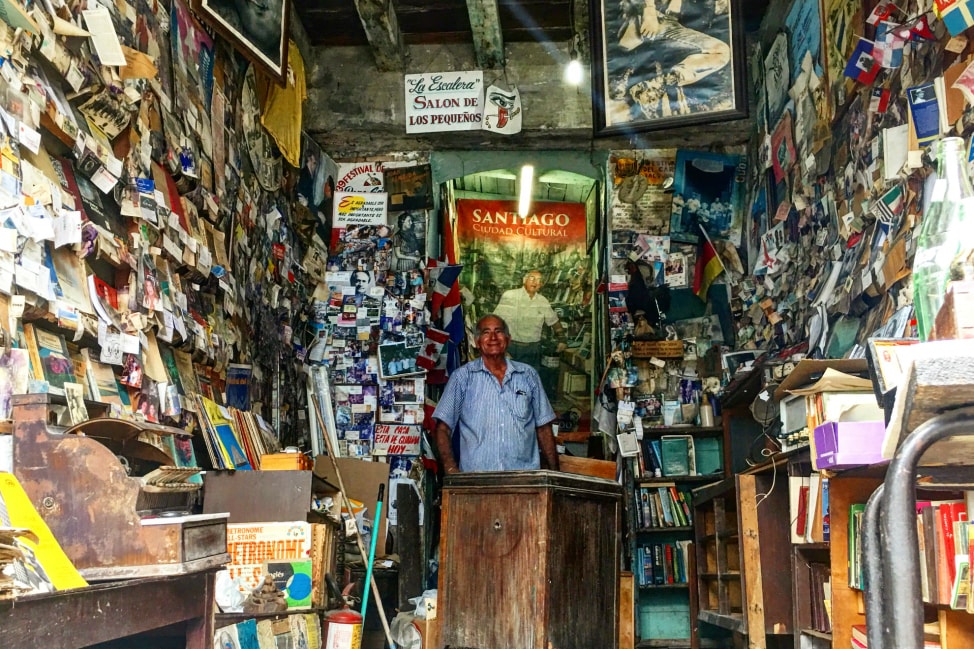 Folks ask me all the time if Cuba was “awesome.” Awesome is not the right word at all, though it was photogenic as all get out. Crumbling ruins that folks still live in on $30/month and rationed food are anything but gorgeous or awesome… tragically beautiful, perhaps. 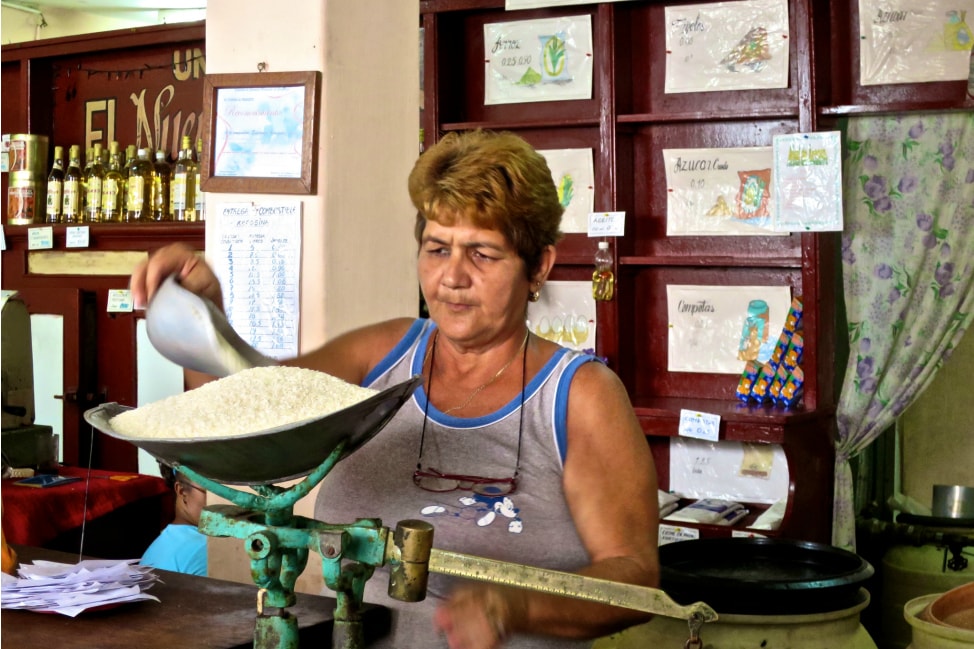 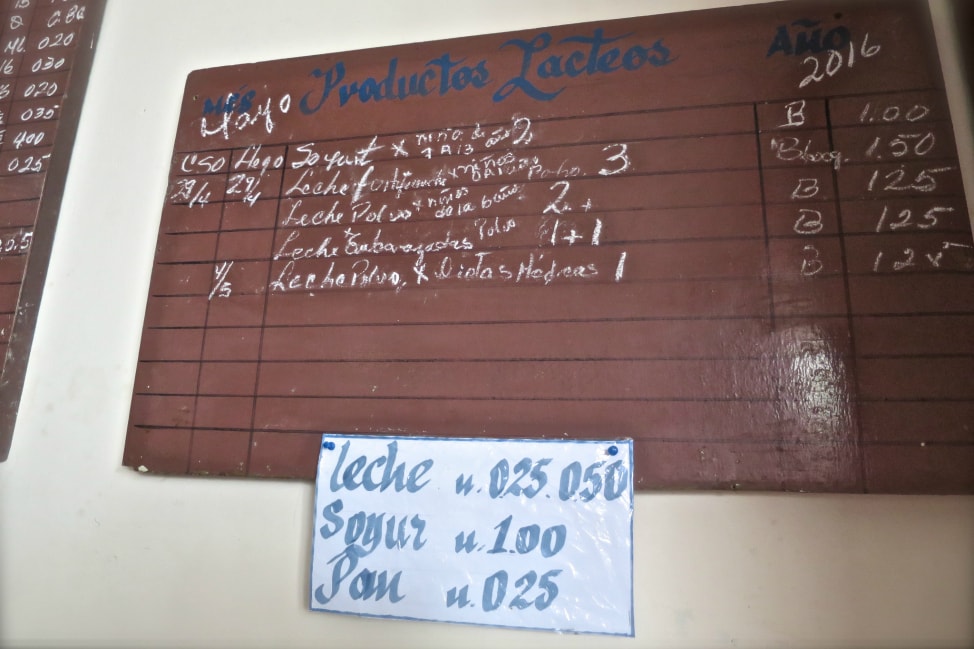 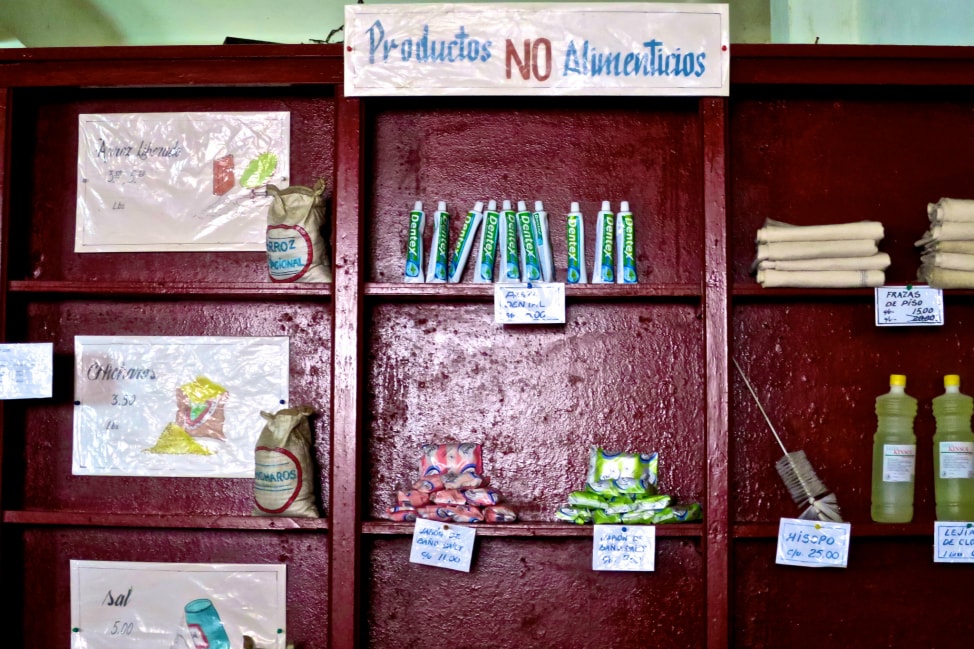 The old cars are magnificent and there are some stunning restored buildings, but the vestiges of socialism are on every corner. 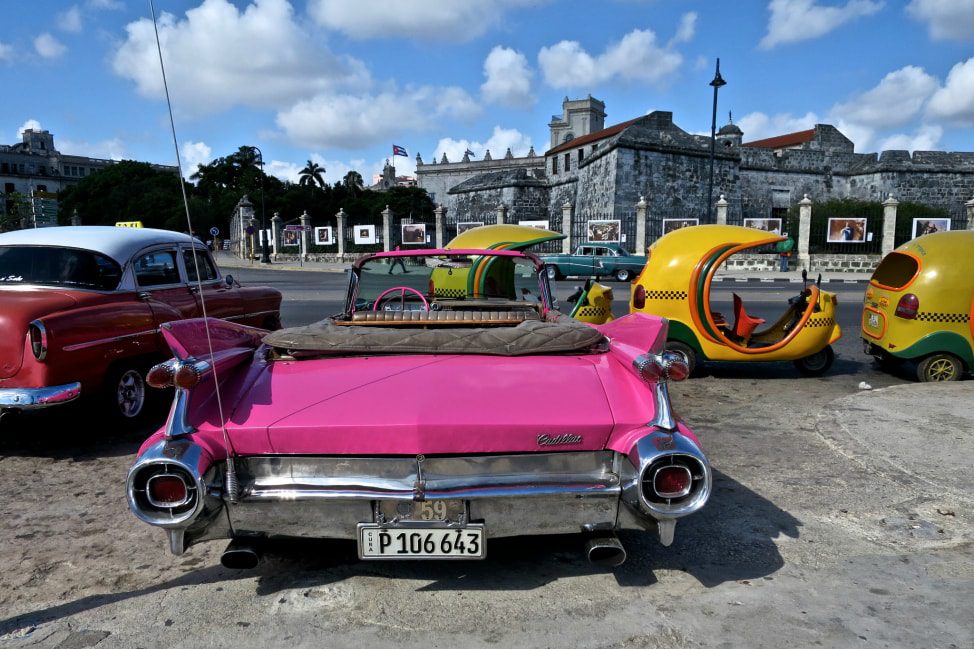 You’ll get more out of a Cuba experience if you don’t come to pass judgment, or to impose a first-world vision or American viewpoint on what’s right and wrong. It’s hard not to judge, but if you want to experience Cuba for exactly what it is, you can’t expect it to be like Cancun. 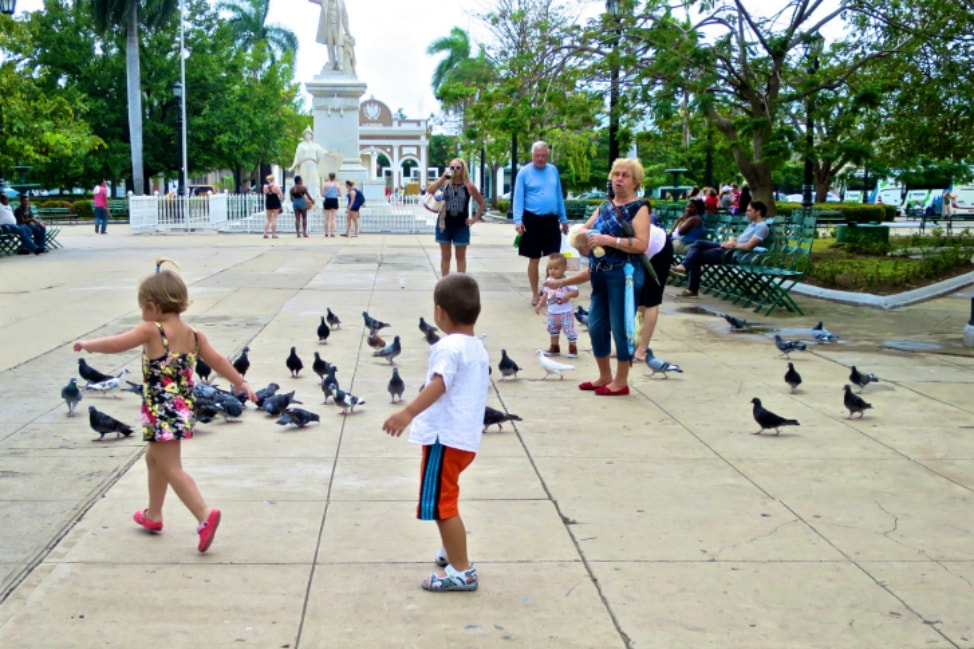 Who goes on a Fathom Cruise to Cuba?

Folks traveling to the D.R. with Fathom skew younger while the Cuba passengers were a bit on the older side. Onboard my particular ship, it seemed like half the non-media guests were interested in impact travel and the others just wanted to gawp at Cuba before America “ruins” it. 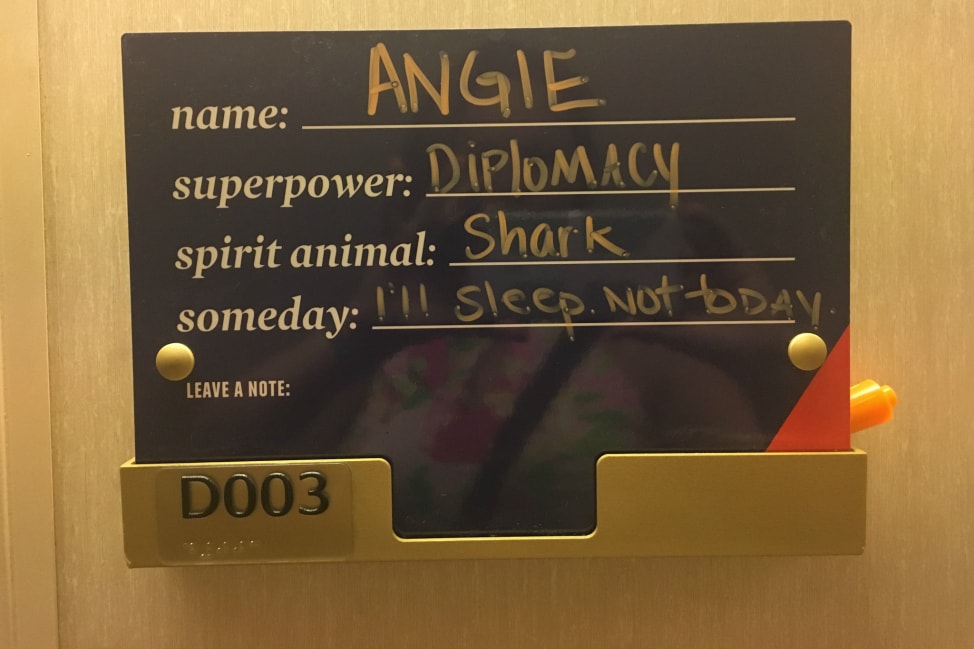 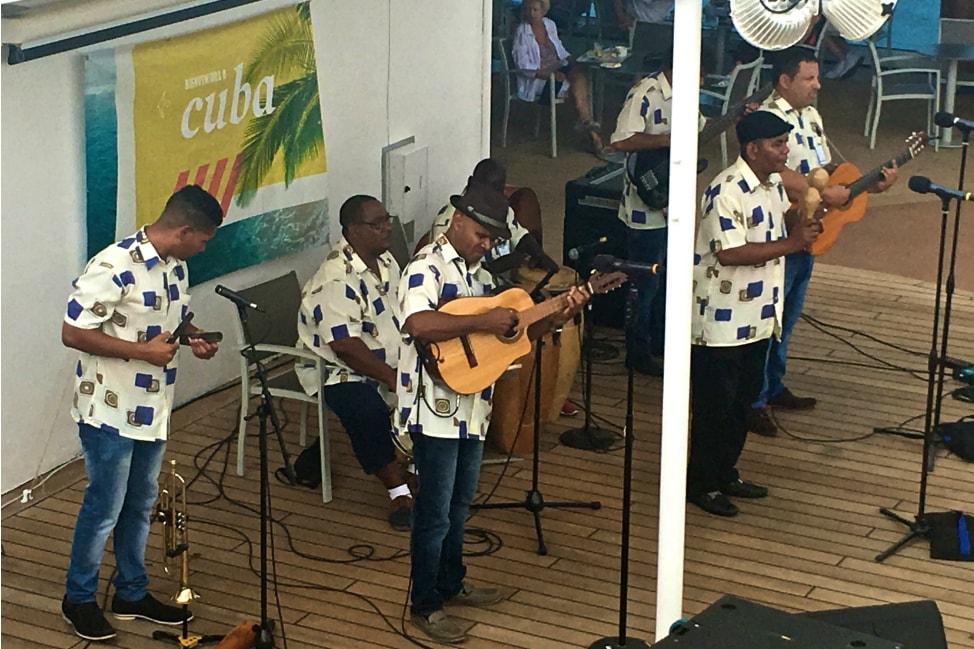 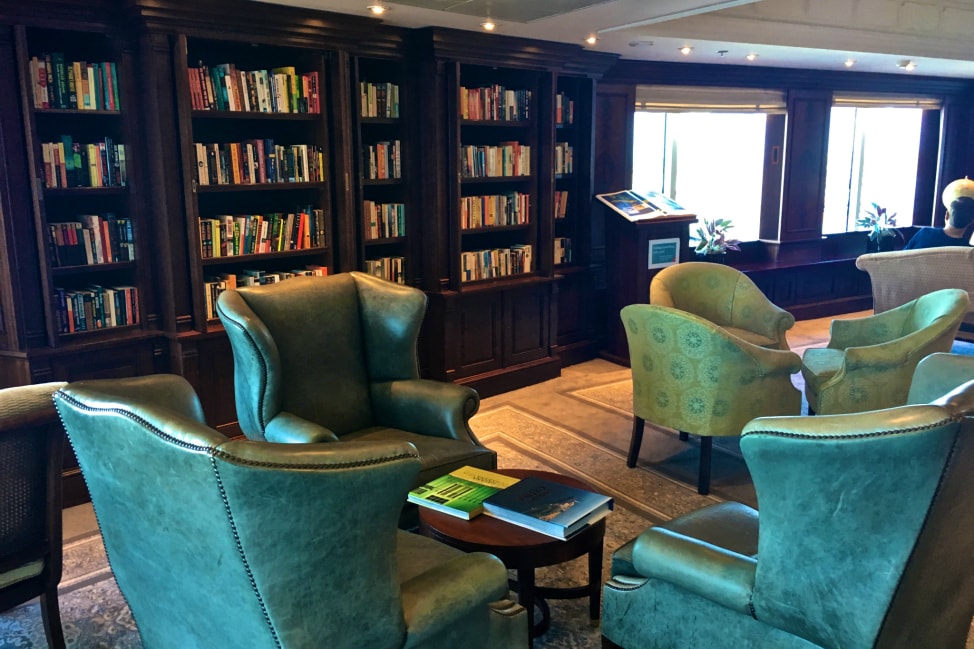 It probably goes without saying that I either adored my fellow passengers or wanted to throw them overboard. It was such a mix! (That’s life, yeah?)

If you’re thinking about booking a Fathom cruise, plan to pack an open mind and heart. If you’re a cranky old codger who already knows everything about world history, Cuba and yourself, this trip is not for you. 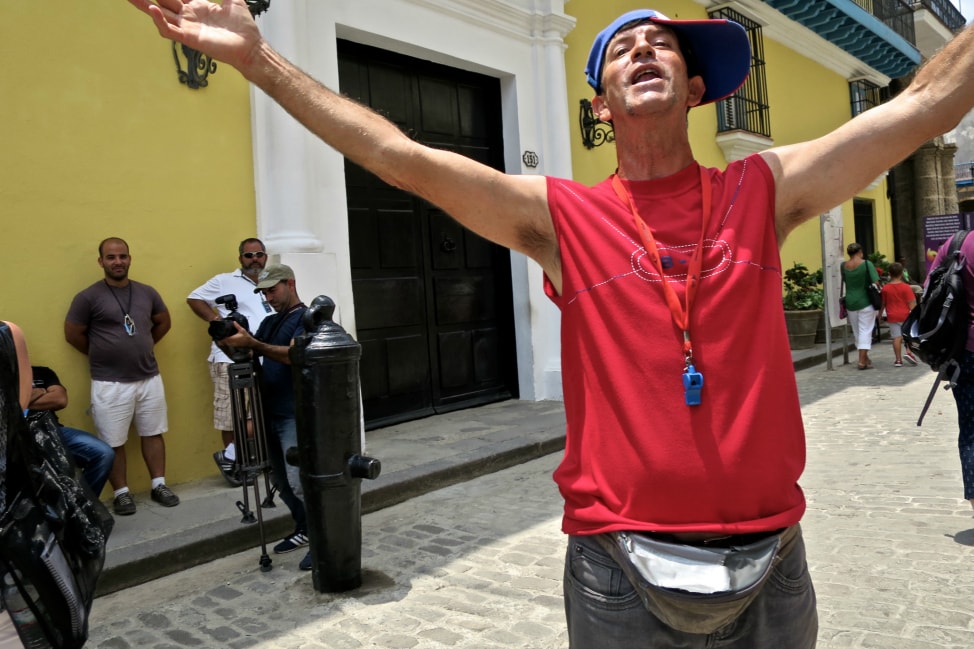 I heard one such coot ranting about the “hippy dippy sh**” programming, and that just made me sad. The onboard sessions I participated in were really well done, and I saw several passengers tearing up as they saw the world in a different way for the first time.

Isn’t that what travel is supposed to be about?

There’s such a unique opportunity onboard to experience a new culture, to say nothing of the chance to learn something about yourself, that it’s a shame to see the opportunity lost on those who have nothing left to learn. 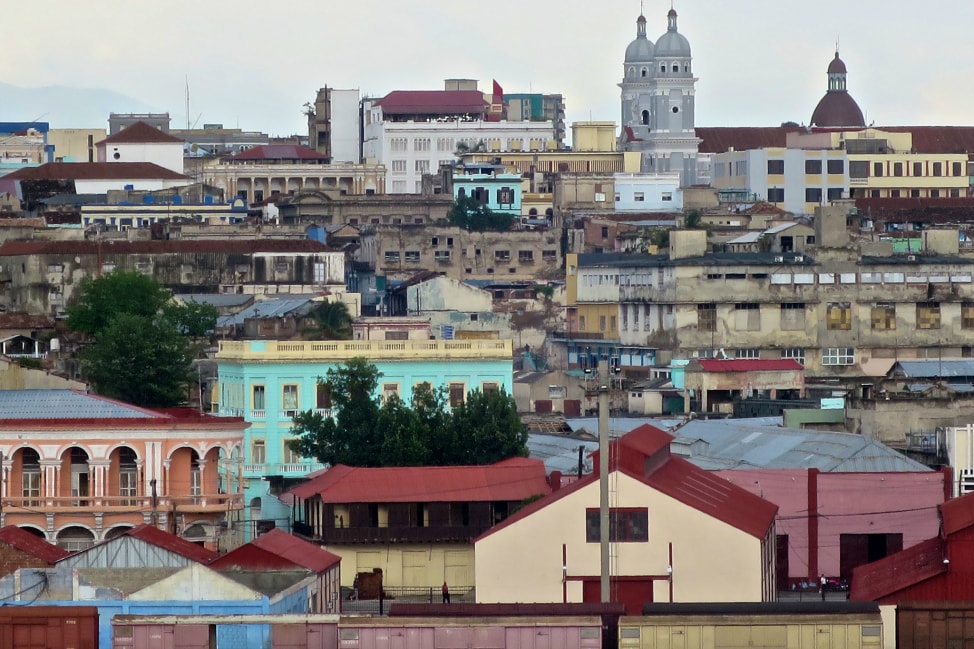 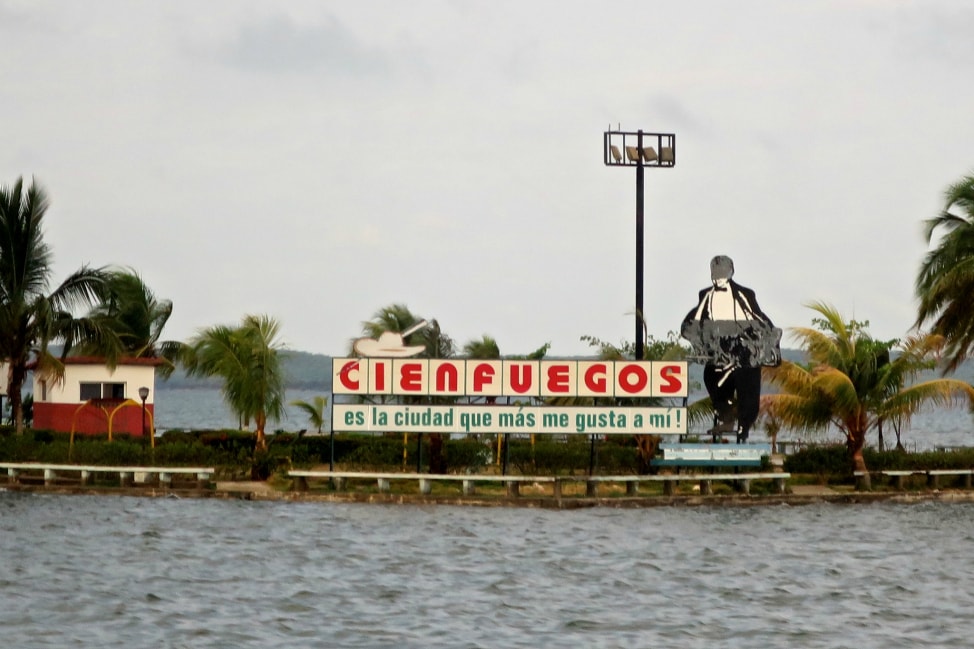 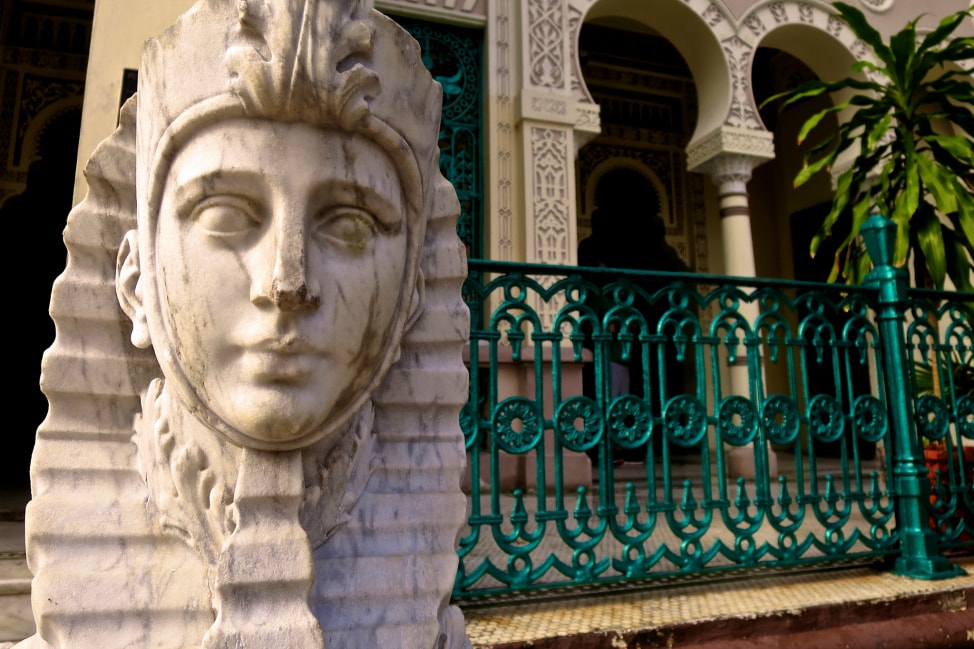 Bottom line: you get out what you put in.

Let me be clear — no one can make you have a transformative travel experience. If the only Spanish you’re willing to learn has to do with cervezas y margaritas, find a cruise port with a Señor Frogs! If trying ropa vieja with local folks as they share the history of the dish bores you, get thee to a Hard Rock Café and order a cheeseburger & a strawberry milkshake. 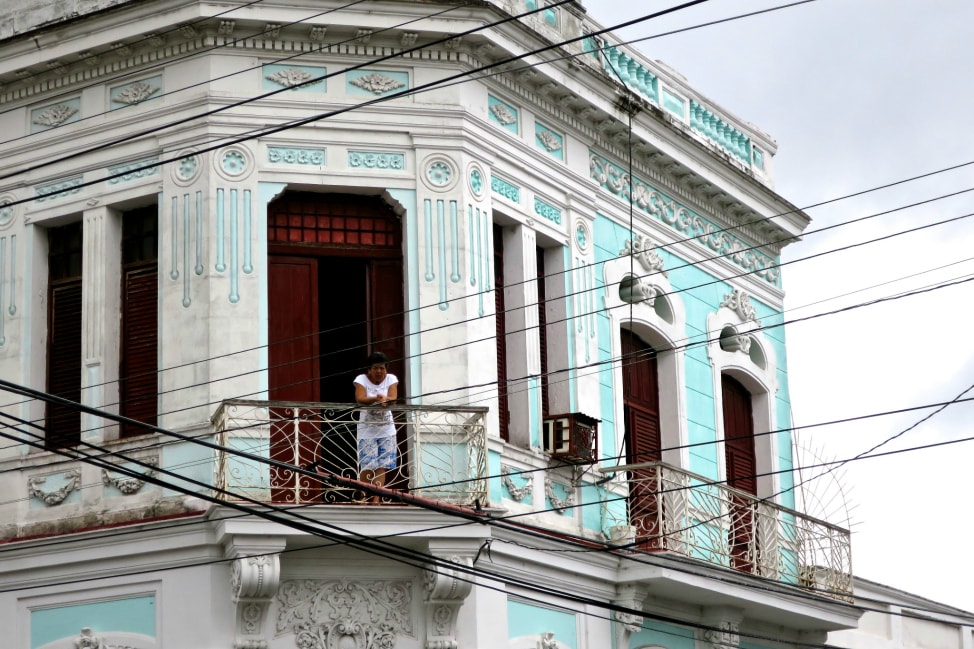 If you want a vacation that’s fun but also has a heart, consider visiting Cuba with Fathom. 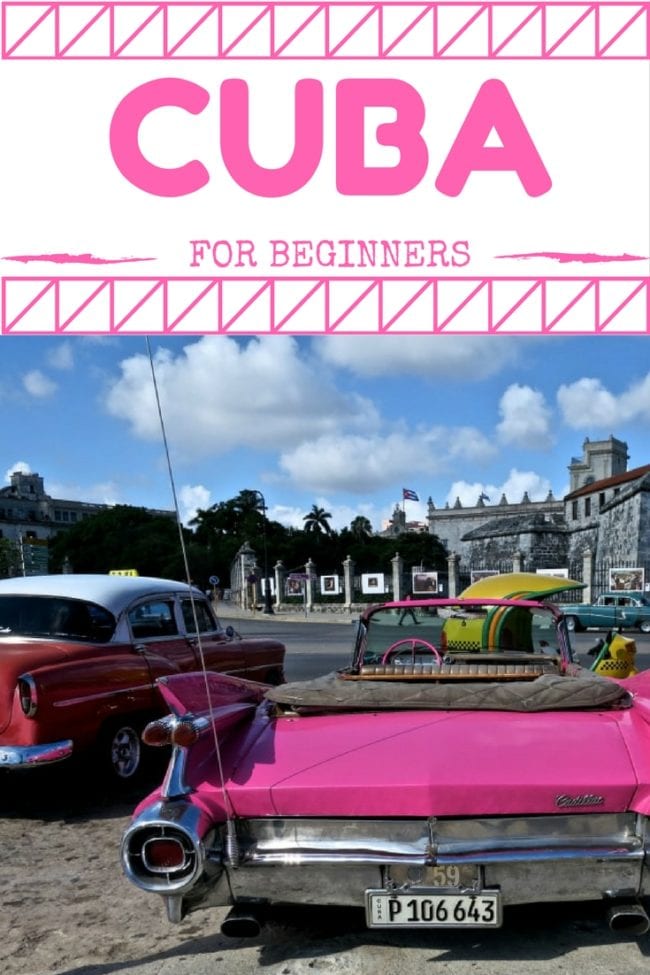 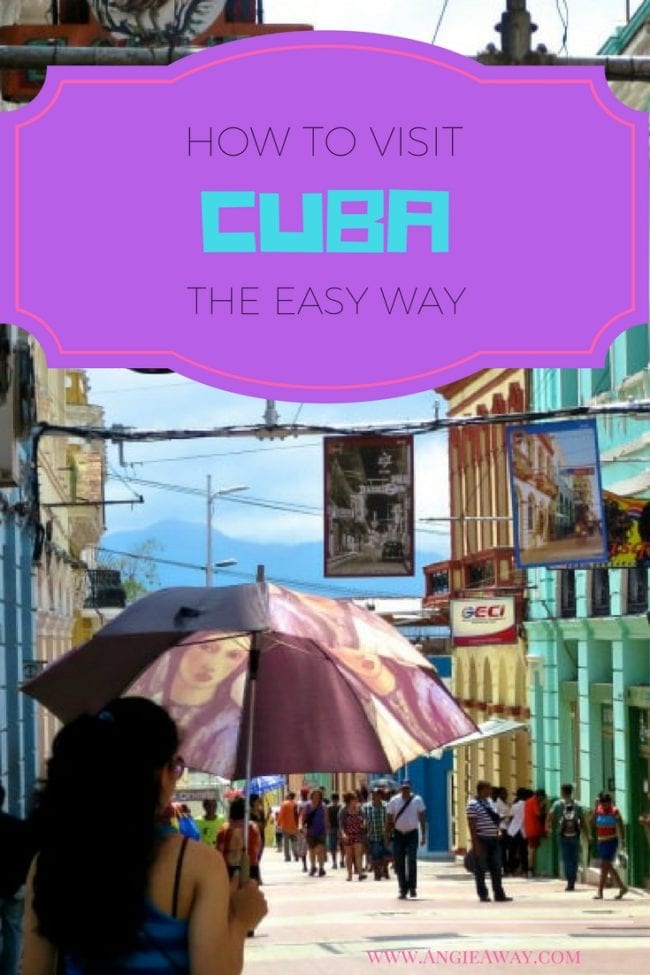 *Fathom Cuba vs. Fathom Dominican Republic are very different experiences – both impactful, but in different ways. I am hoping to either sail to the D.R. or send a correspondent out to cover it so I can offer up an analysis of the difference in the two destinations. Based on what I’ve read, the experiences are so wholly different that it’s really not an option to choose one or the other. Go for both!

**Take note: travel restrictions for Americans going to Cuba are changing all the time. In 6 months, this information might be completely irrelevant. Take a look at the State Department website to stay current on the rules.

4 thoughts on “The Easiest Way to Visit Cuba Right Now”