For the first time in a million miles, I found myself with more questions than answers at the end of a trip. Usually my on-the-ground research is enough to form a solidly positive or negative opinion about a new place, but not in Cuba. I was utterly confounded from Havana in the northwest to Santiago de Cuba in the southeast.

An example of my inner tumult: I snapped hundreds of photos of crumbling edifices while thinking how beautiful and poetic it was, only to be jolted by the reality of the “beauty.” It’s crumbling and decrepit because no one can afford to care for it. Most Cubans only make $20 a month regardless of occupation, so building upkeep literally can’t be a priority.

I was hyper-aware of every photo I took. Was I portraying this time capsule with an appropriate perspective, or was I viewing Cuba through rose-colored glasses? 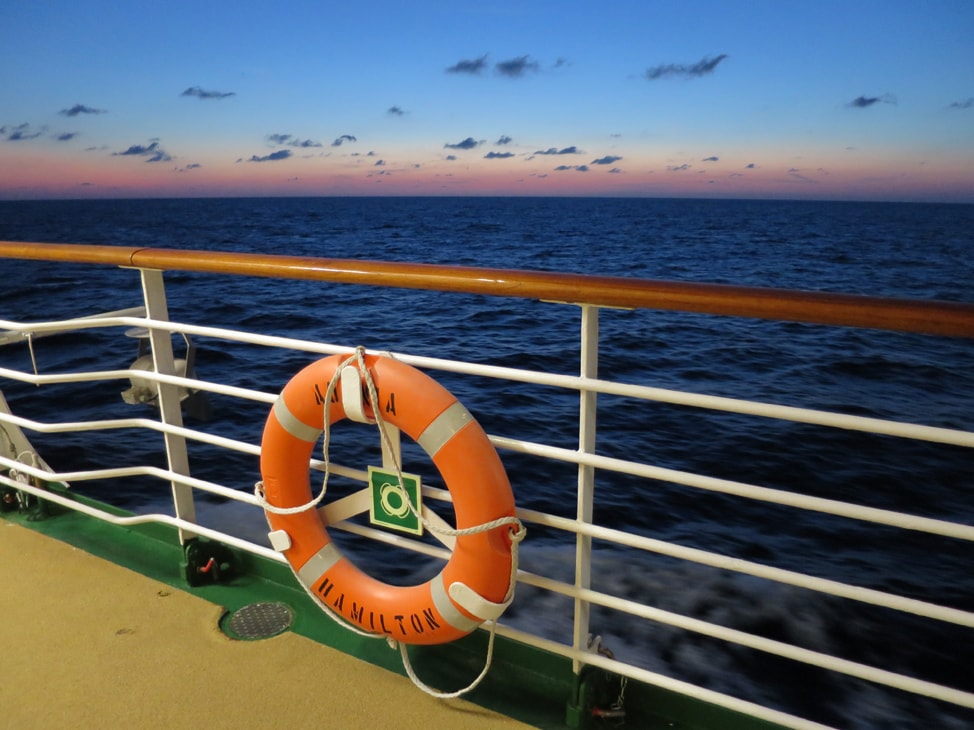 It’s been a while since I’ve visited such a complex place. In other countries with political complications, there hasn’t been the same natural allure. Growing up in Florida, surrounded by both the remnants of Spanish colonialism and plenty of natural-born Cubans and their hyphenated descendants, I had a built-in connection that I never had with the slums in Kenya or barrios in Bolivia. Still, nothing quite prepared me for the internal struggle to capture Cuba realistically, respecting the pain of a revolutionary past and the hope of a better future. 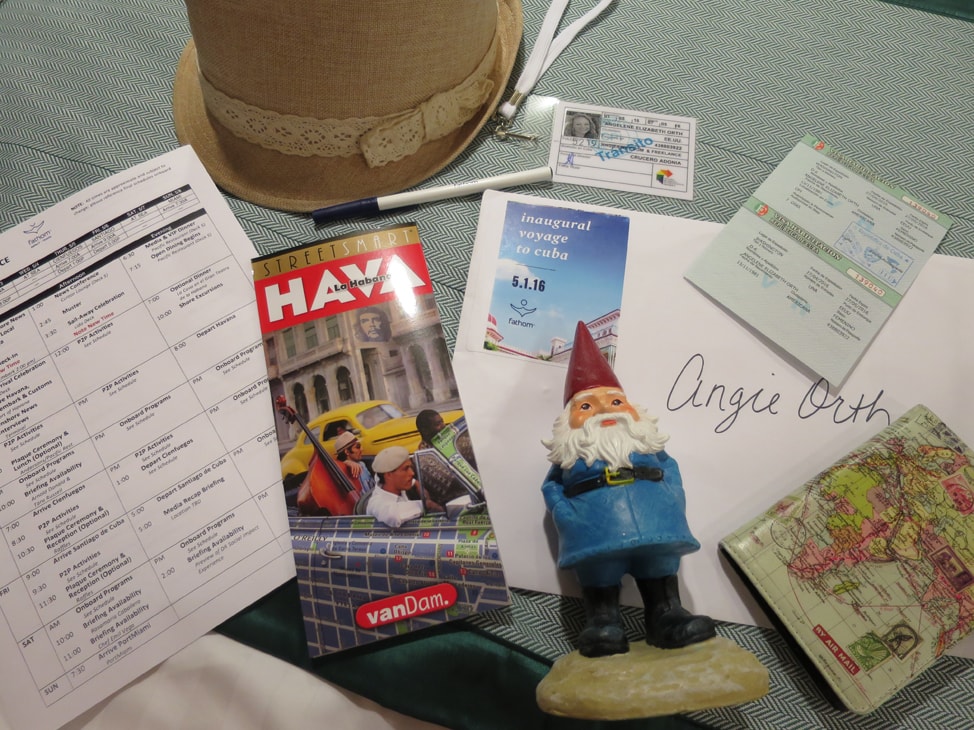 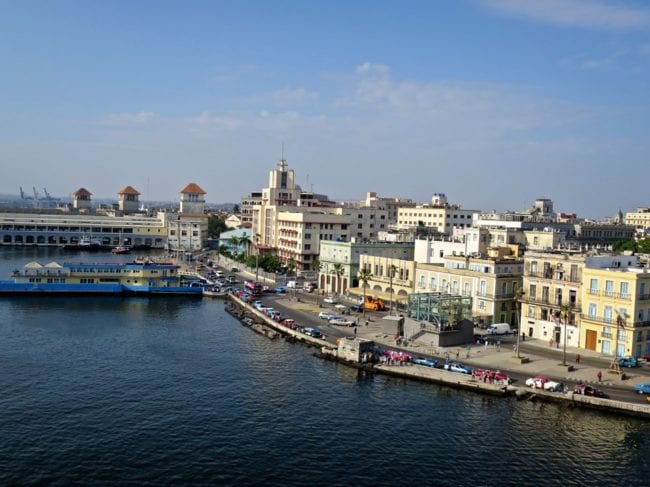 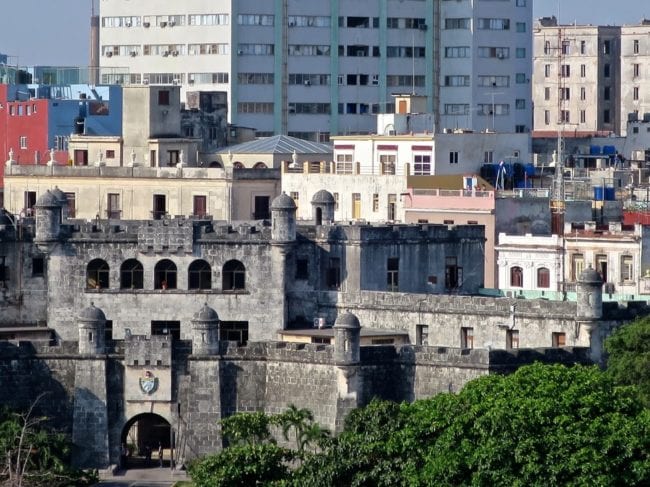 01. It’s the most complicated country I’ve ever visited

No sooner would I conclude that Cuba was definitely A, B & C, then I’d see something or learn something from our Cuban guide that would make me think perhaps it was really X, Y & Z. The reality of Cuba is that it’s a land of juxtaposition, and there aren’t a whole lot of concrete answers. 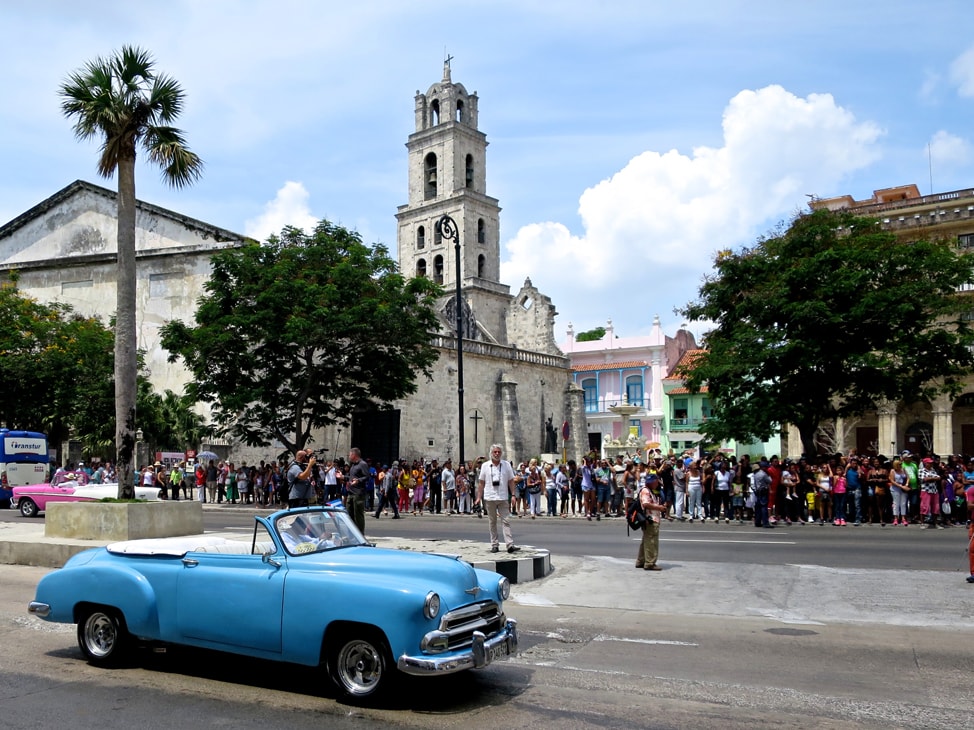 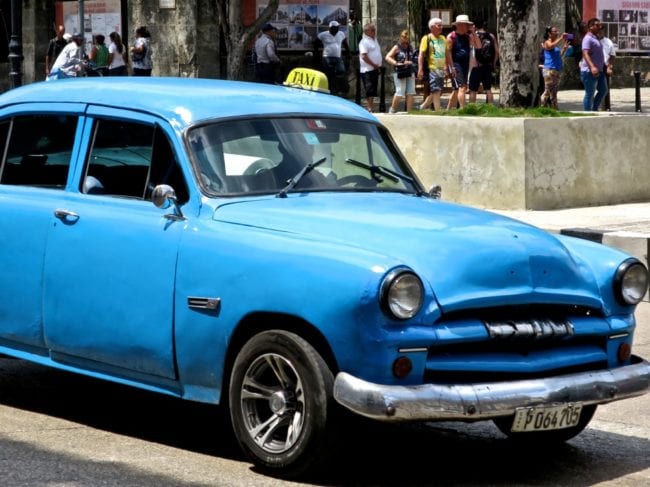 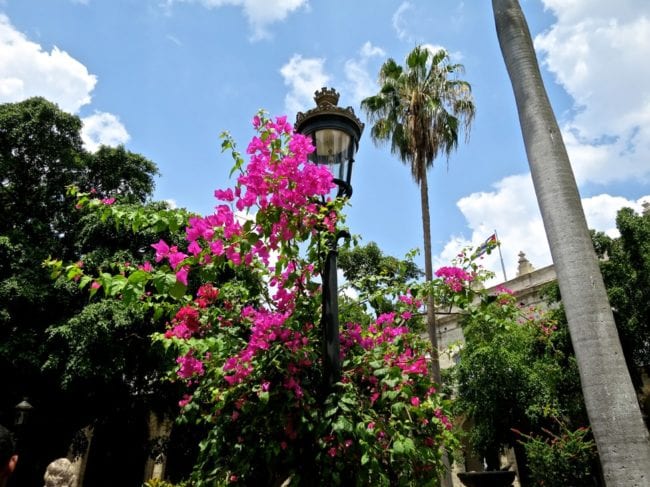 Because of its forbidden status, many Americans imagine a romantic, glamorous Cuba stuck in time. A land of classic cars and wizened old men smoking cigars on the same barstool where Hemingway (allegedly) sat. Cliché fedoras, brightly colored buildings and salsa music wafting down streets heavy with Caribbean humidity. The reality is rather more jarring than that. 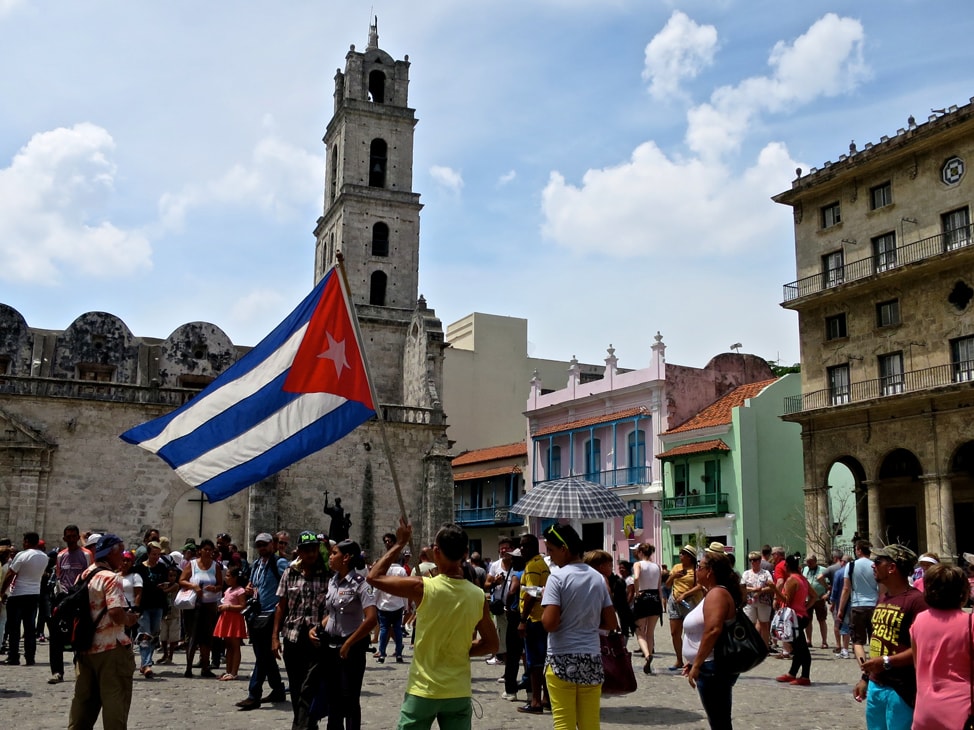 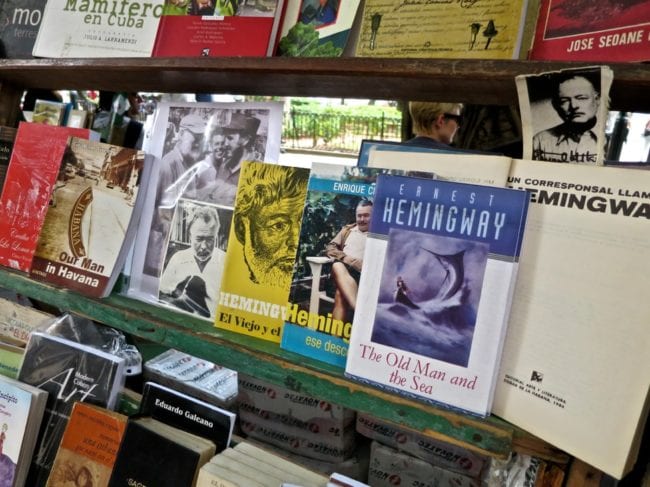 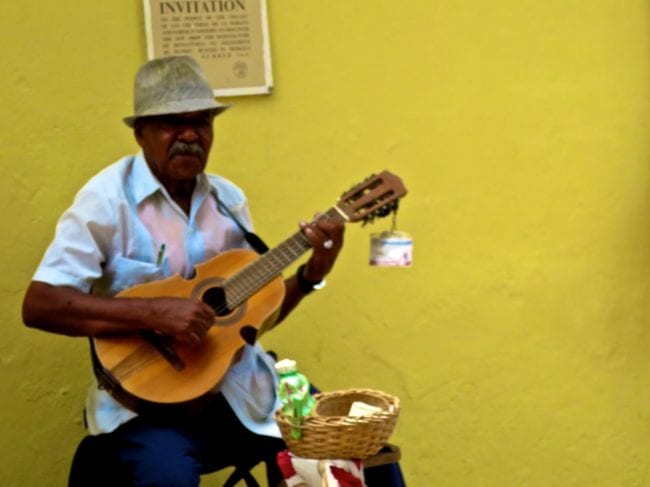 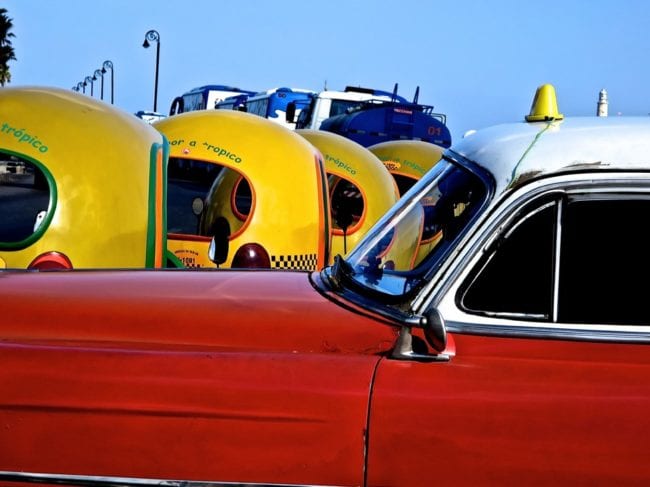 It’s a time capsule to be sure, but next to gleaming cars from the 50s are dilapidated buildings that residents still inhabit. The reality of Cuba is that 11 million people live off $20 a month. Food is still rationed. Plenty has changed since Castro first came to power, but it’s still a hardscrabble life. What looks like a charming vintage postcard to outsiders is a result of decades of Cuban oppression, and I never wanted to forget that as I marveled over cars, cigars and mojitos. 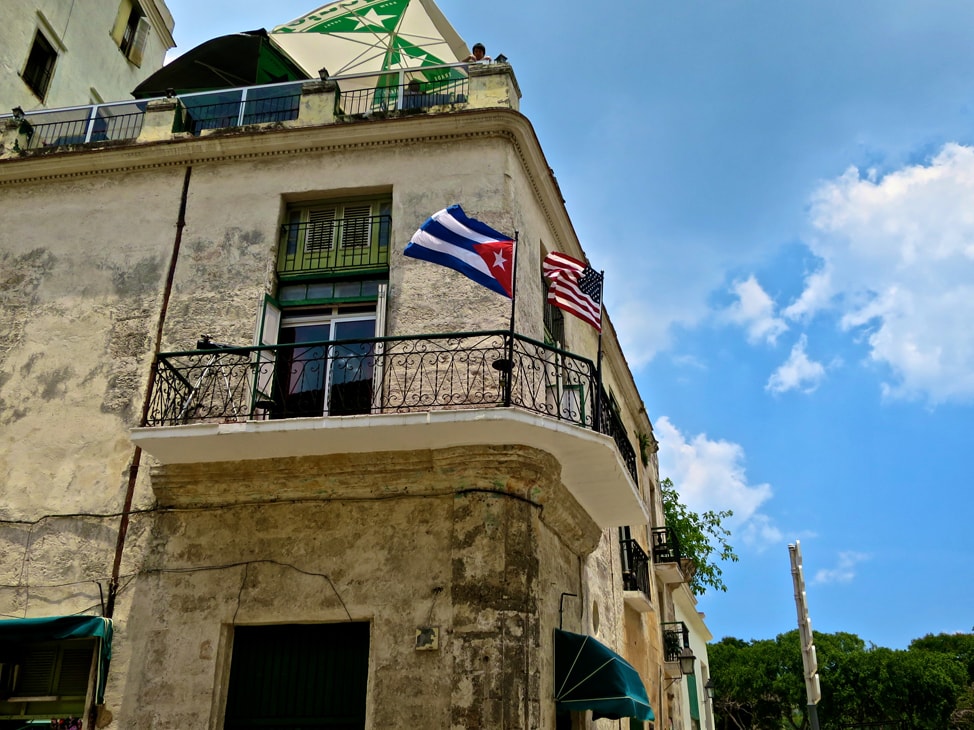 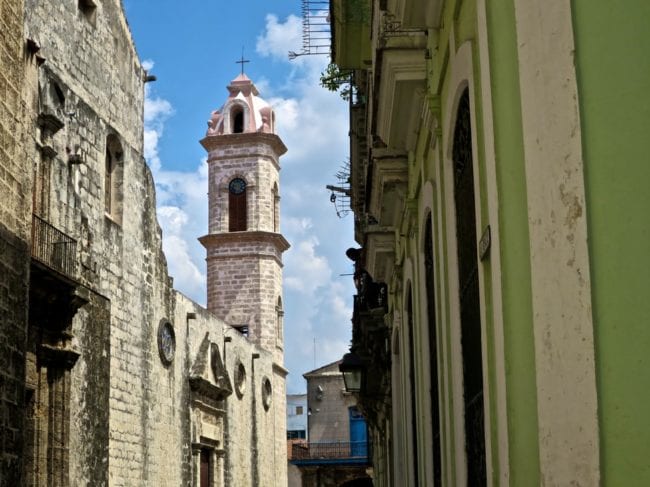 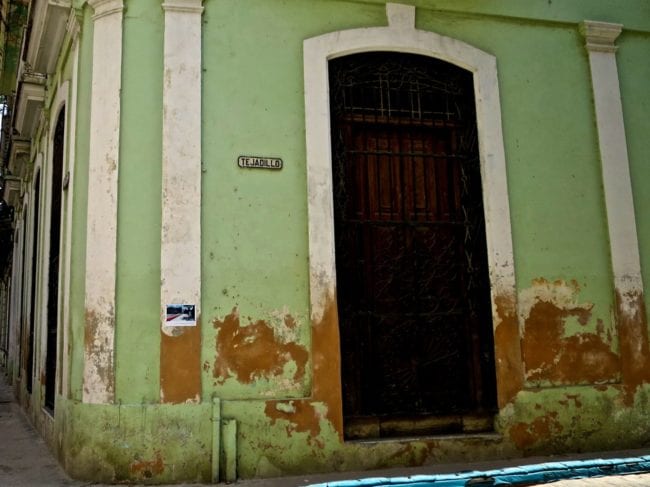 Speaking of cars & cigars! There was a wide variety of passengers onboard the Adonia, psychographically and demographically; from emotional Cuban-Americans hadn’t been home in 47 years, to cranky codgers who cared little about impact travel, to journalists, TV commentators and bloggers who processed all the information and disseminated it to their audiences around the world. 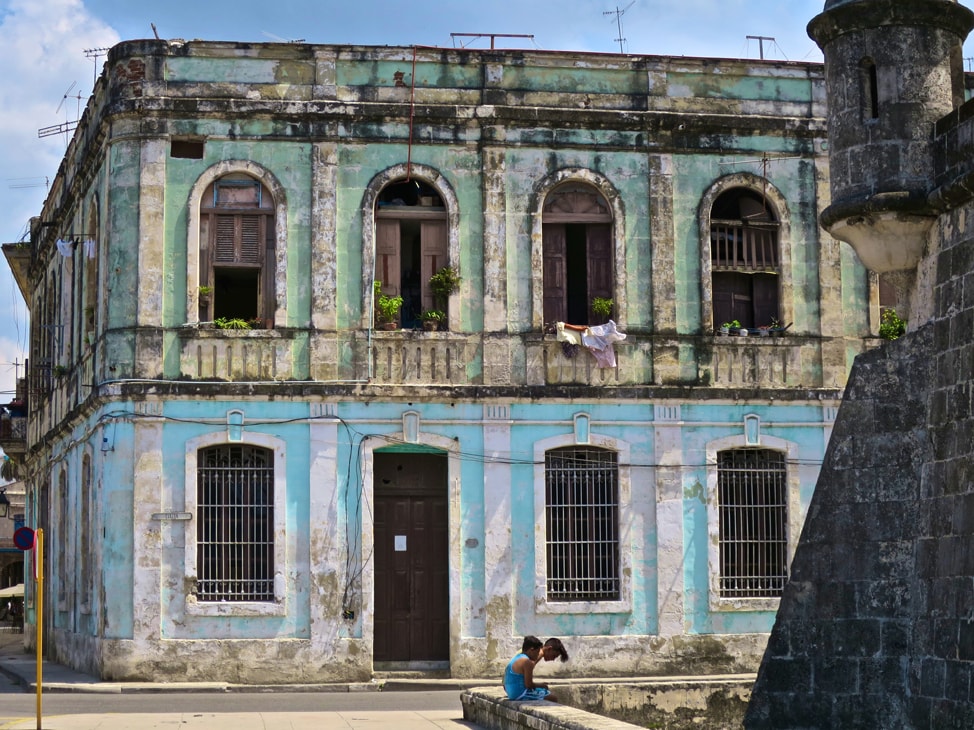 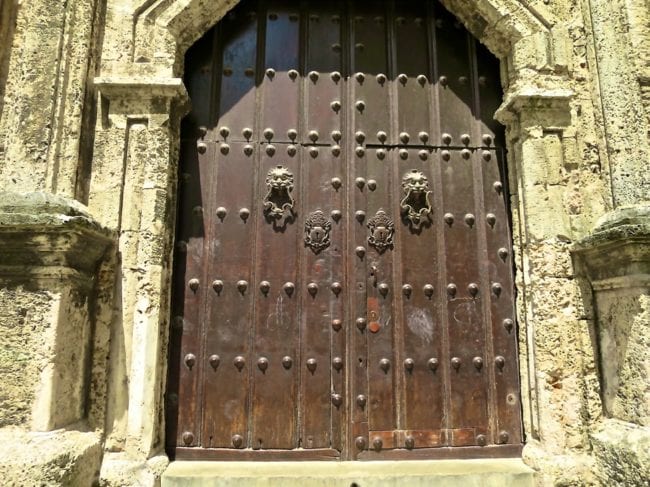 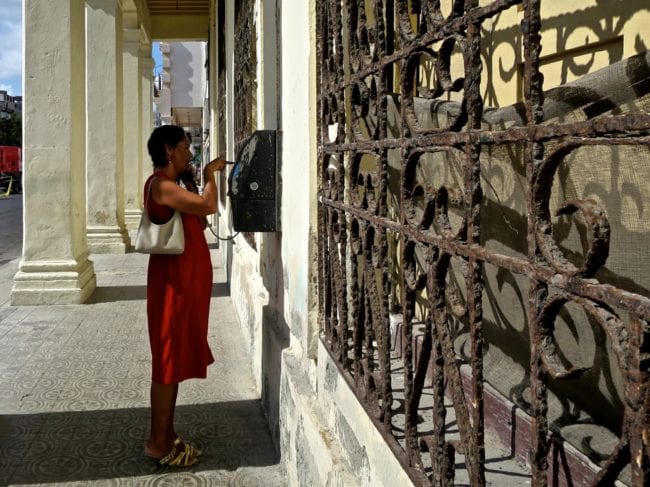 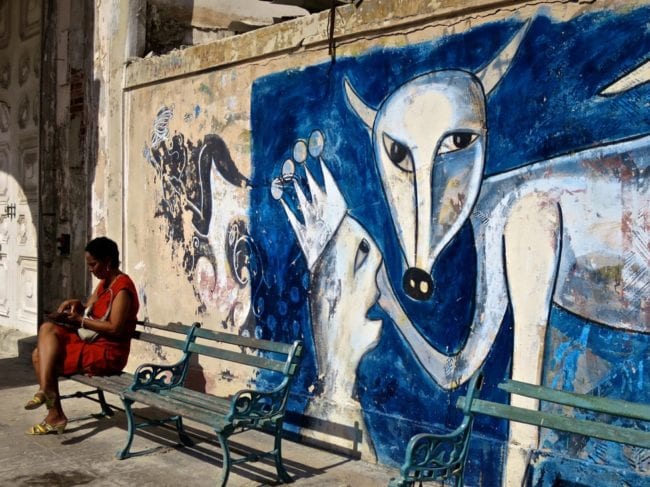 Passengers seemed divided into two distinct camps: those who believed in the Cuban time machine fantasy, with its gleaming, candy-colored classic cars and smiling faces, and those who were eager to dig deeper and wander off the path in search of the real story. Isn’t that always the way with travelers though? 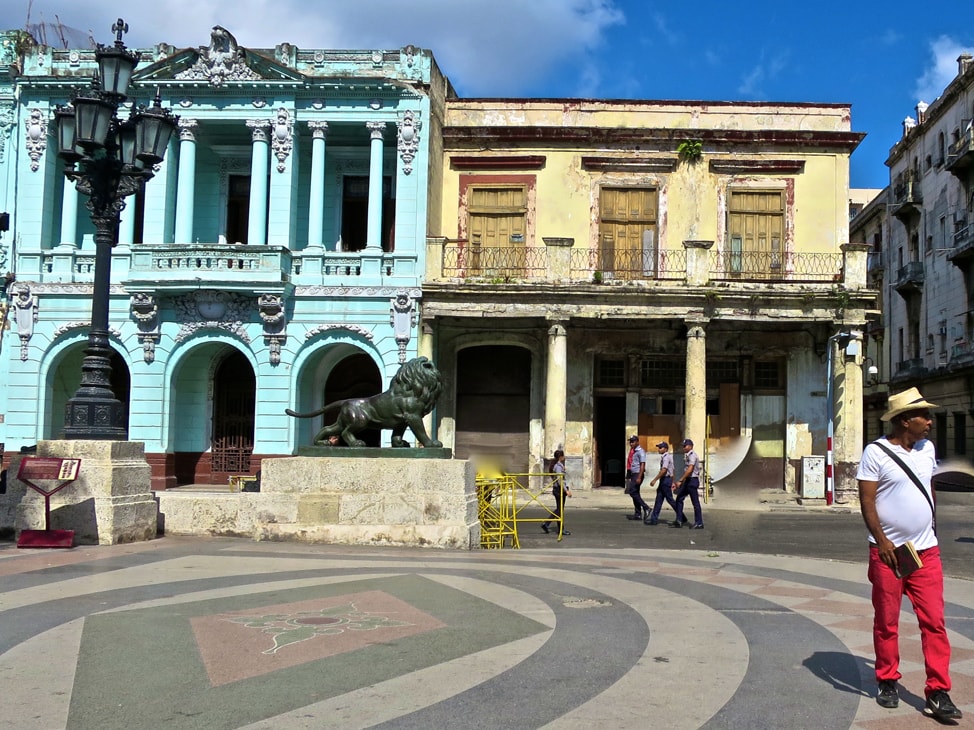 I stumbled upon the rehearsal for the star-studded Chanel fashion show, and then found out that the Kardashians were in town, too. There is such a thing as too much, too soon. (And the Kardashians are too much, always.) As Cuba and the U.S. move toward a positive relationship after so many frozen years, it’s my hope that the American presence positively impacts real Cubans and that our pseudo-celebrities and consumptionism aren’t our major contribution. Cuban society would be better off without Kim & Kanye’s help, graciasverymuch. 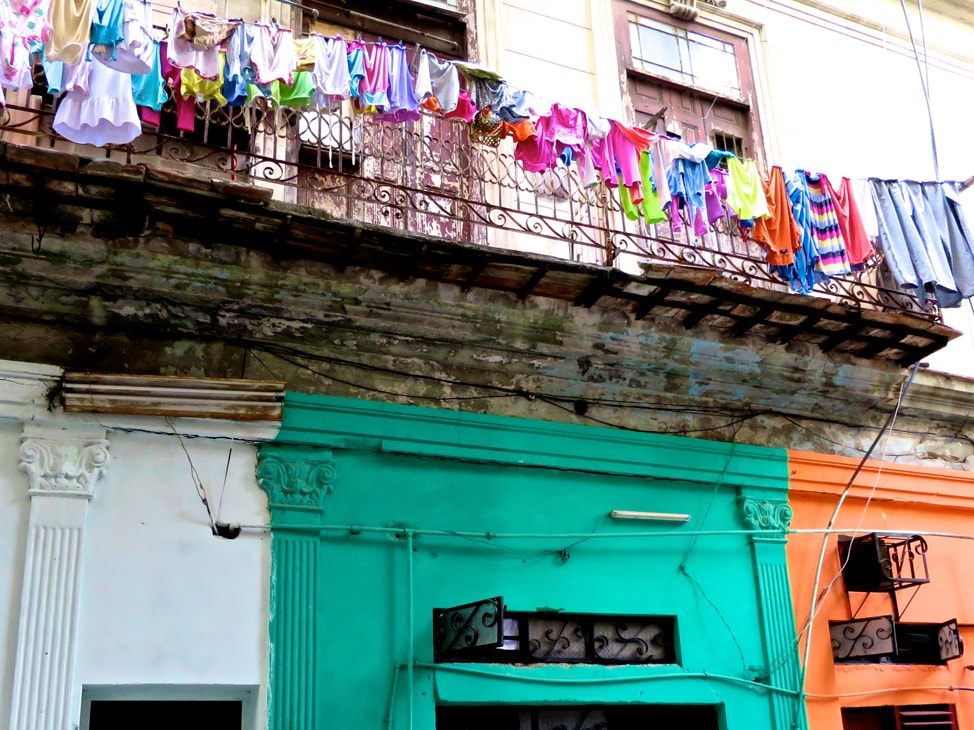 05. Cruising is the easiest way to visit Cuba – for now.

Hotel rooms are scarce and expensive; international flights are limited and domestic ones are a nightmare to book; most cell carriers don’t cover Cuba (yet); and you can’t use American credit cards on the ground. 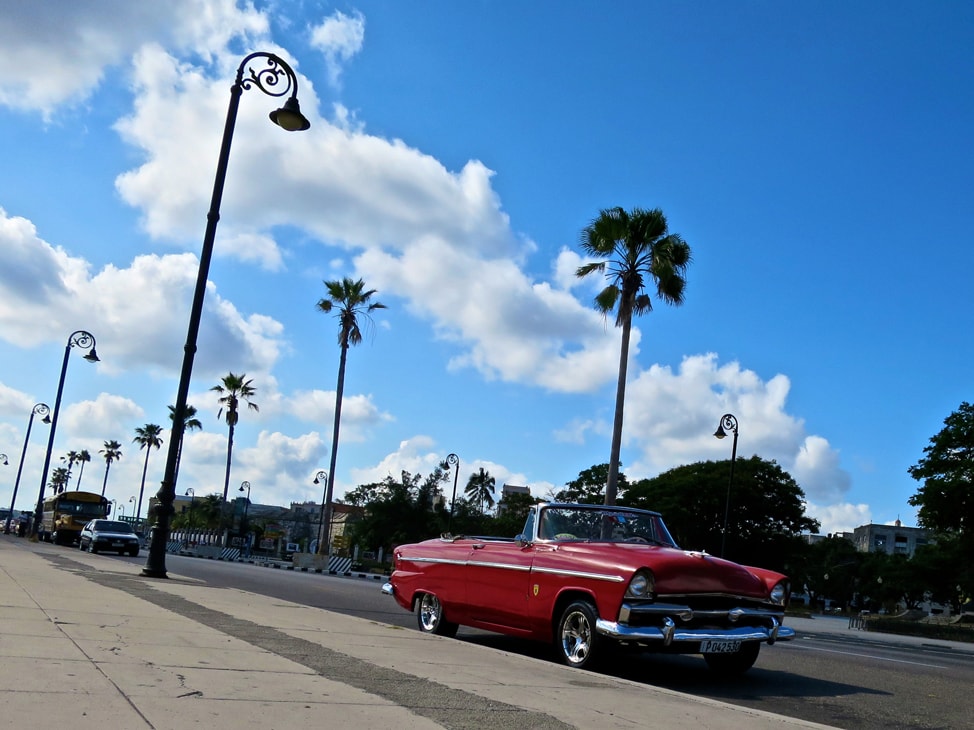 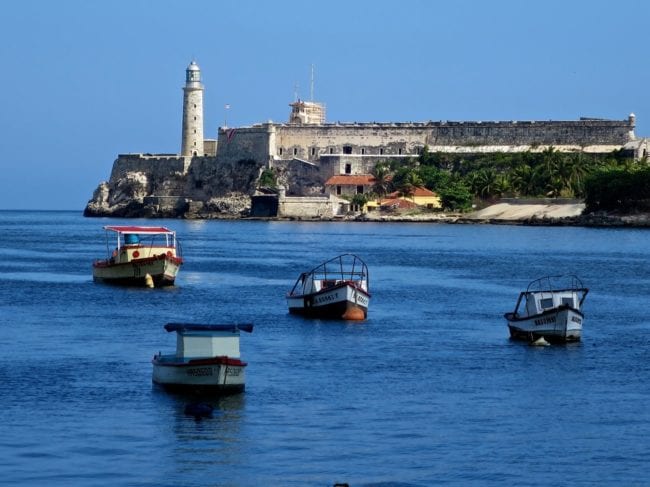 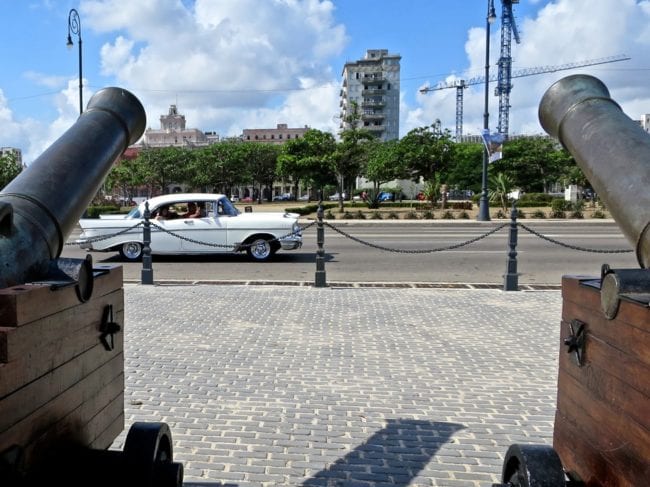 If Cuba is on your bucket list and you just have to go RIGHT NOW, book with Fathom Travel. You only unpack once in 7 nights, you can stay connected via the ship’s surprisingly good WiFi and you’re blessed with copious air conditioning and plentiful toilet paper. 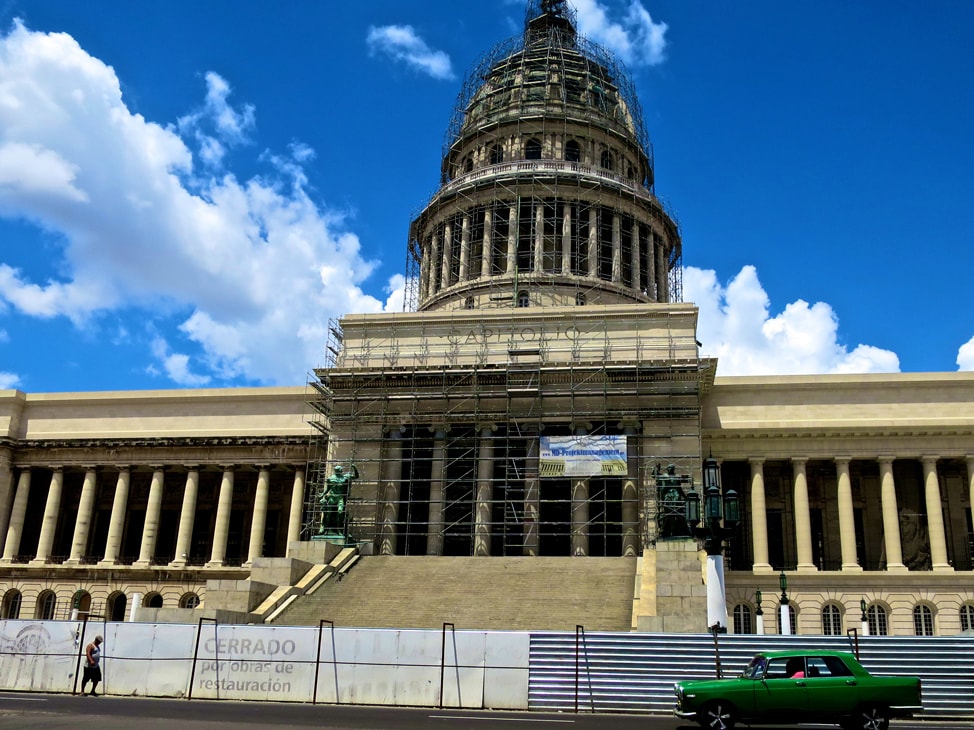 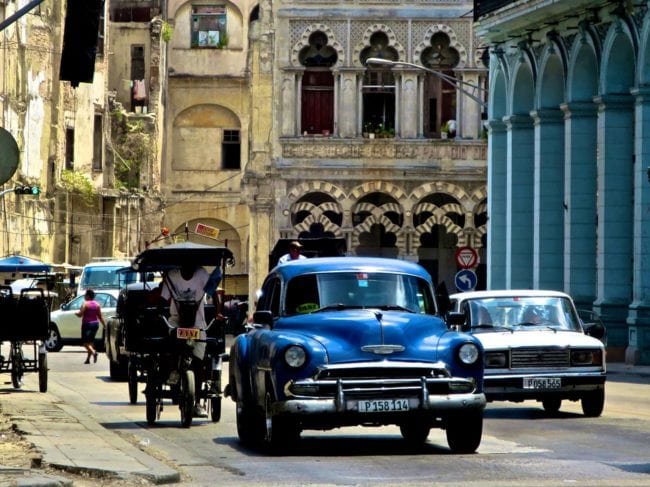 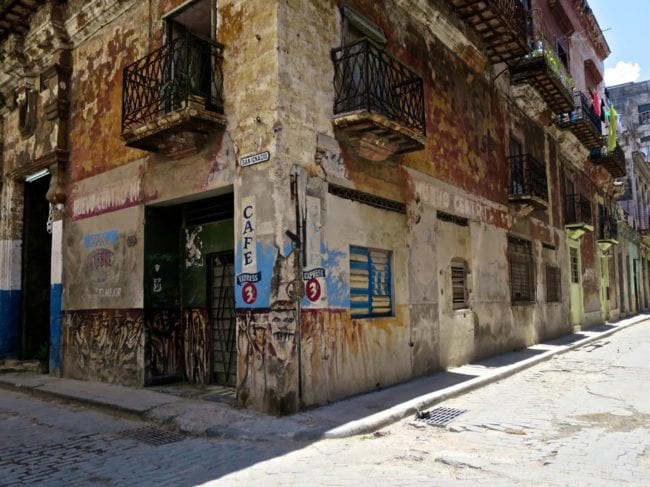 As hesitant as I am to shout from the rooftops that Cuba is THEBESTOMG, I do recommend Fathom very highly, particularly for anyone who wants to dig a bit deeper into the destination than you would on a traditional cruising experience.

In reality, Cuba is still a land of revolution. Where it will go, I have no idea. After all they’ve been through, the Cuban people deserve rest and prosperity, and I’m hopeful that it’s just around the corner.

12 thoughts on “First Impressions from Cuba”