Hey everyone, it’s Angie’s little sister Rachel! I’m back from Europe and more or less recovered from the 11 unforgettable days I just spent exploring Berlin, Prague, Vienna, Bratislava and Budapest with Contiki. Once you see my photos, you might assume it was ALL play and NO work, but I assure you I took my job as travel blogger seriously! 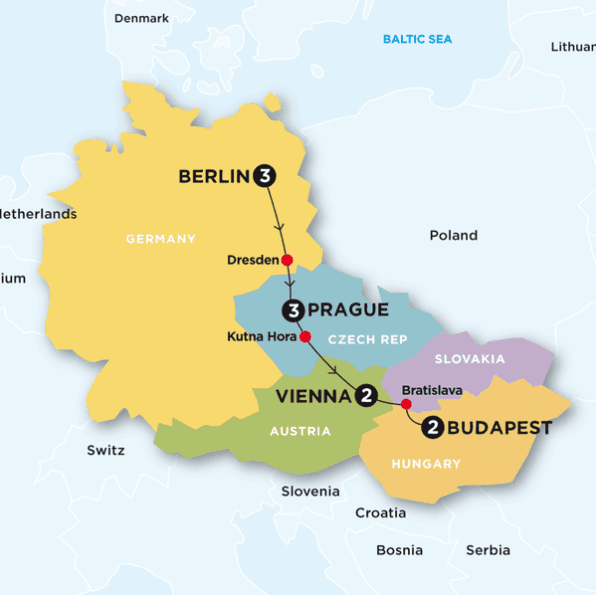 When I was preparing for my Contiki adventure, I thought I had a pretty good idea of what to expect from the tour – but I was wrong on so many levels. Here are four things that surprised me most.

Angie told me all the great stories of friends she made on tours in New Zealand, Egypt, Morocco and Laos, and so I figured I’d make a few, too. I never would have expected our entire group would bond so quickly – on day 1! There were about five Americans, five Canadians and a whole heap of Aussies on our trip, which made for some very funny conversations about pronunciation. The American contingent was constantly trying to mimic the Australian accent, but we were quickly informed that we sounded terrible. 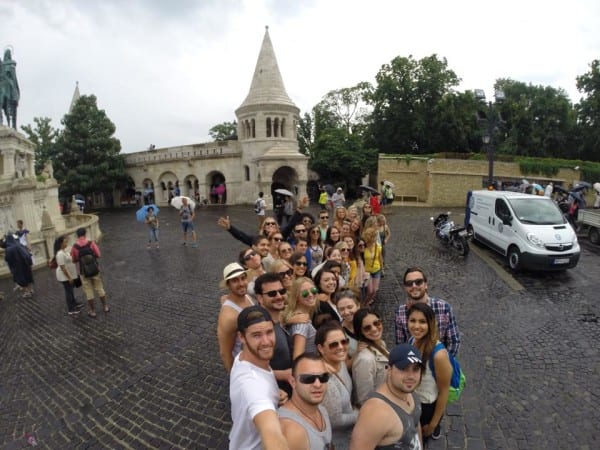 It’s funny that I feel like I have more inside jokes with my Contiki friends than I do with people I’ve known for years. During our adventure, we all looked out for each other, gave piggy back rides, got ready in each others’ rooms, slept on each other on the bus, borrowed shampoo… it was just so much fun to be with likeminded, young, hilarious travelers from all over the world.

On our last day while saying our goodbyes through teary eyes, we promised we’d travel together someday in the future. My Texan roommate and I didn’t go to sleep that last night because we didn’t want to miss out on the last few hours with our new family. Even though we only spent 11 days together, I know some of these friends will be lifelong.

2. I Didn’t Get Taken, Robbed or Murdered.

While I’m not personally surprised by this, most people back home are. Before I left, I had so many concerned messages from friends and family about getting mugged, murdered or kidnapped. Liam Neeson has made it impossible for a girl like me to leave the country without someone referencing his movie Taken.

Of course, bad things can happen it’s super important to be careful when traveling. If you’re smart about your belongings and don’t walk down a back alley alone at 3 a.m., you should be fine. And I was never alone – I was in a group of people all happy to look out for each other. There was never a time where I felt in danger or scared.

3. You’ll Want to Do Everything!

On our Berlin to Budapest adventure, there were several optional, additional cost activities offered during each city stay. Even though most days are structured so you can do as you please, nearly everyone took part in the organized tours.

I only planned to do five excursions during the 11 days, but once I was there, I decided to do it all from a bizarre Black Light Theatre show to a river cruise on the Danube to a hilarious ghost tour in Vienna. I’m so glad I participated. I got to spend extra time with my new friends and experience some once-in-a-lifetime adventures.

4. I Actually Liked Going Out.

Back home, my idea of a fun night is watching New Girl on Netflix for five hours with my sister while practicing yoga poses in our jammies. I know – we are super exciting.

I assumed that once I arrived in Europe, it would be more of the same, and I’d get a solid sleep every night. I was wrong! They aren’t kidding when they say you don’t sleep on Contiki.

It’s more like… wake up at 7 a.m. to explore and go to bed at 4 a.m. because EVERYONE is out dancing and making memories. I loved exploring history and culture all day long and dancing into the wee hours with my new friends.

Fortunately the exhaustion doesn’t really catch up with you until about the 9th day. Then you stop waking up early to pick out a cute outfit and just put on sweats and a messy bun — those extra 30 minutes of sleep are golden.

The one thing that didn’t surprise me? I had the time of my life. Contiki wasn’t kidding when they said they were the best travel group for 18-35 year-olds. Our Australian tour guide, Michael, knew so much about the cities we traveled to. He had been there many times so he recommended all the best restaurants and activities. Frank, our bus driver, made sure we got to each new city safely, all while wearing his stylish above-the-knee shorts.

And we all lived happily ever after… The End.

Just kidding! Like anyone who’s ever been on a Contiki trip, you can imagine that I have many more stories to share … about new favorite cities, misadventures at Hungarian bath houses and emotional experiences at a concentration camp.

Contiki is currently celebrating 50 years of amazing tours with Contiki Legends, tales of epic quests, crazy adventures, lucky escapes, hilarious characters and vacationships that have happened on real Contiki trips. If you’ve been on a trip before, you can share your story for the chance to see it brought to life as a film epic, and you can win another Contiki trip and flights to do it all over again. Check it out!

Thanks for reading & joining in the adventure! More to come!

9 thoughts on “4 Surprises on My Recent Contiki Adventure”