Like just about every child of the 80s, I desperately wanted to be like Indiana Jones when I was a kid.

I don’t know if it was Harrison Ford’s rugged hotness, the amazing score that still gets me pumped for adventure or Indy’s signature hat, all I knew is I wanted it all. I envisioned growing up to be a bookish, yet beautiful professor/archaeologist, who was happy to spend hours with dusty artifacts in the hope that John-Williams-soundtrack-worthy escapades would one day land in my lap, plunging me into adventures beyond my wildest dreams.

So what country comes to mind when you think of Indiana Jones-style adventure? Perhaps somewhere with ancient ruins, unsolved mysteries and maybe a little modern day danger?

It had to be Egypt!

(And stay tuned for my early 2012 adventures which include REAL Indiana Jones film locations – weeeee!) 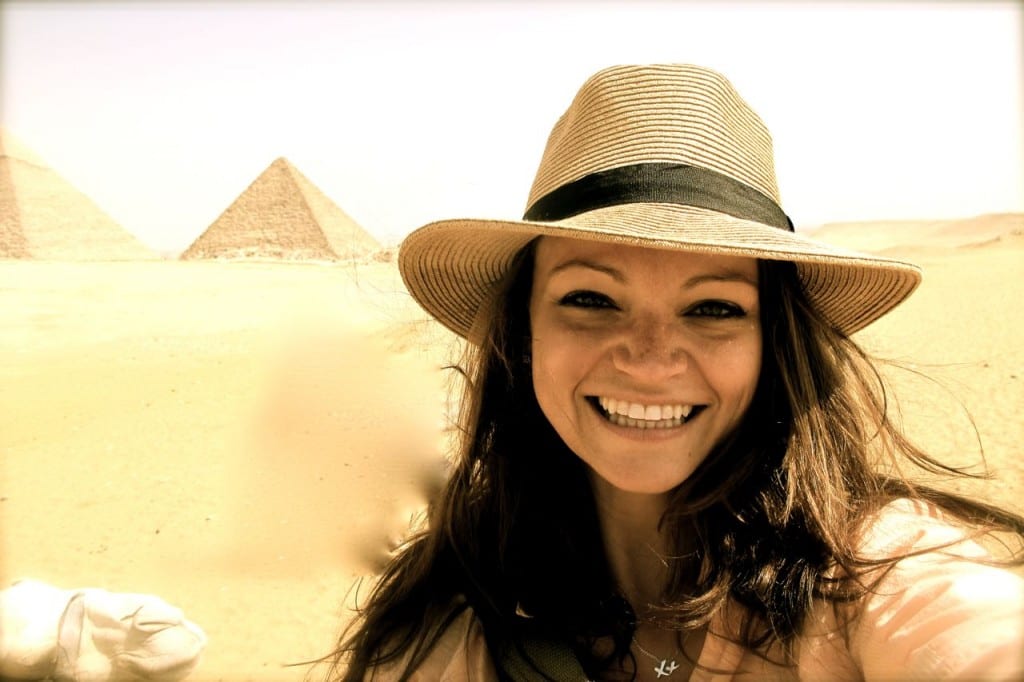 It wouldn’t be a real adventure without a signature hat!

As you know I etched out a rough itinerary at the beginning of my first year abroad, and Egypt was one of only a handful of places that I ABSOLUTELY HAD TO SEE. At the beginning of 2011 when Egypt’s government went to pot, protests raged and Mubarak was ousted, I wistfully drew a line through Egypt on my list. Travel to Egypt seemed out of the question, especially for a solo traveling female American. That meant no pyramids, no Nile, no desert and no Red Sea holidays for me.

Just this once… I’m really glad I got it wrong.

Hold up. I know you want to know if it’s safe to travel to Egypt post-Arab Spring, and I promise I’ll get to that. For now, all I’ll say is my two weeks in Egypt were two of the very best weeks of my whole year on the road. To be extra cautious, I chose to travel with a tour company with about 30 strangers, from singles in their early 20s to married couples in their 60s.

And I’m not exaggerating when I say that even in the absence of dramatic encounters with bandaged, long-dead pharaohs, I’m still thinking about how much fun it was. 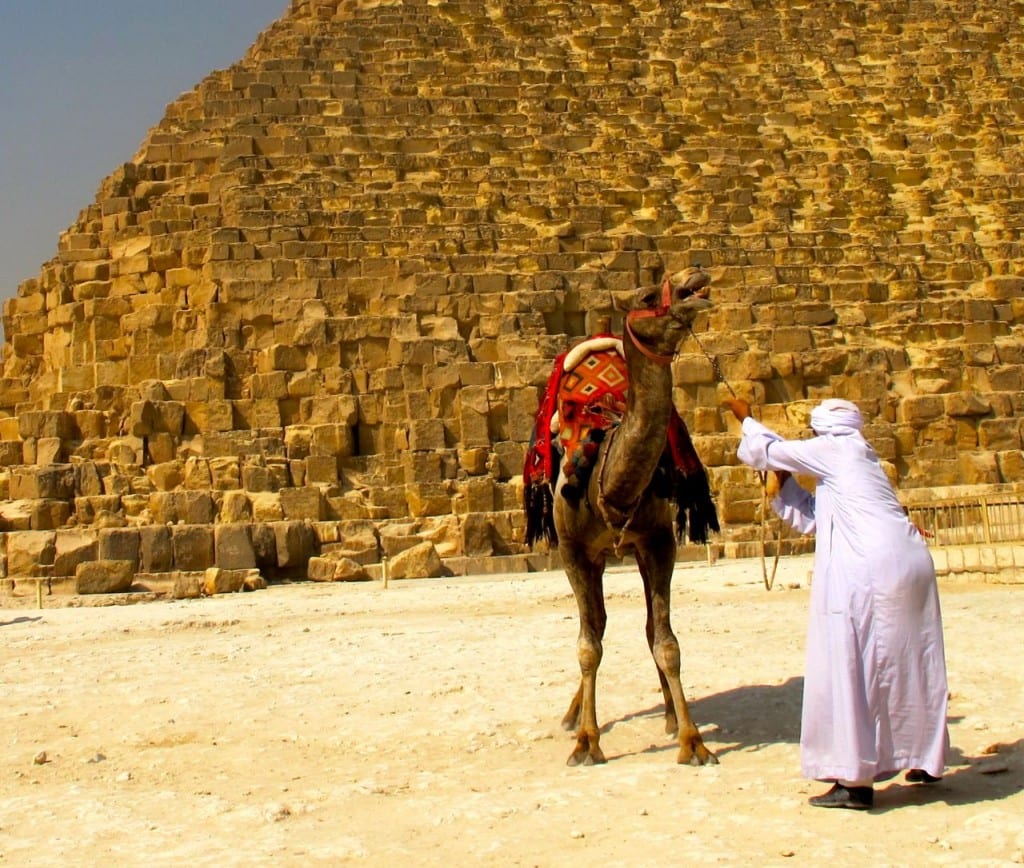 Camel wrangling. Did Indiana Jones ever do this?

Stay tuned for all the dirt (sand?) from my adventures in Egypt!

Up next… What To Wear in Egypt