One of my favorite benefits of a Eurail.com first class pass is the ability to use it for as many legs as you can possibly fit into each 24 hour period. So feasibly, you could have breakfast in Vienna, lunch in Bratislava and dinner somewhere else if you so desired.

Obviously, that hectic pace is something I was trying to avoid for the majority of my European adventure, but for Bratislava, with few landmarks to linger over, it made perfect sense to pop over just for the day. 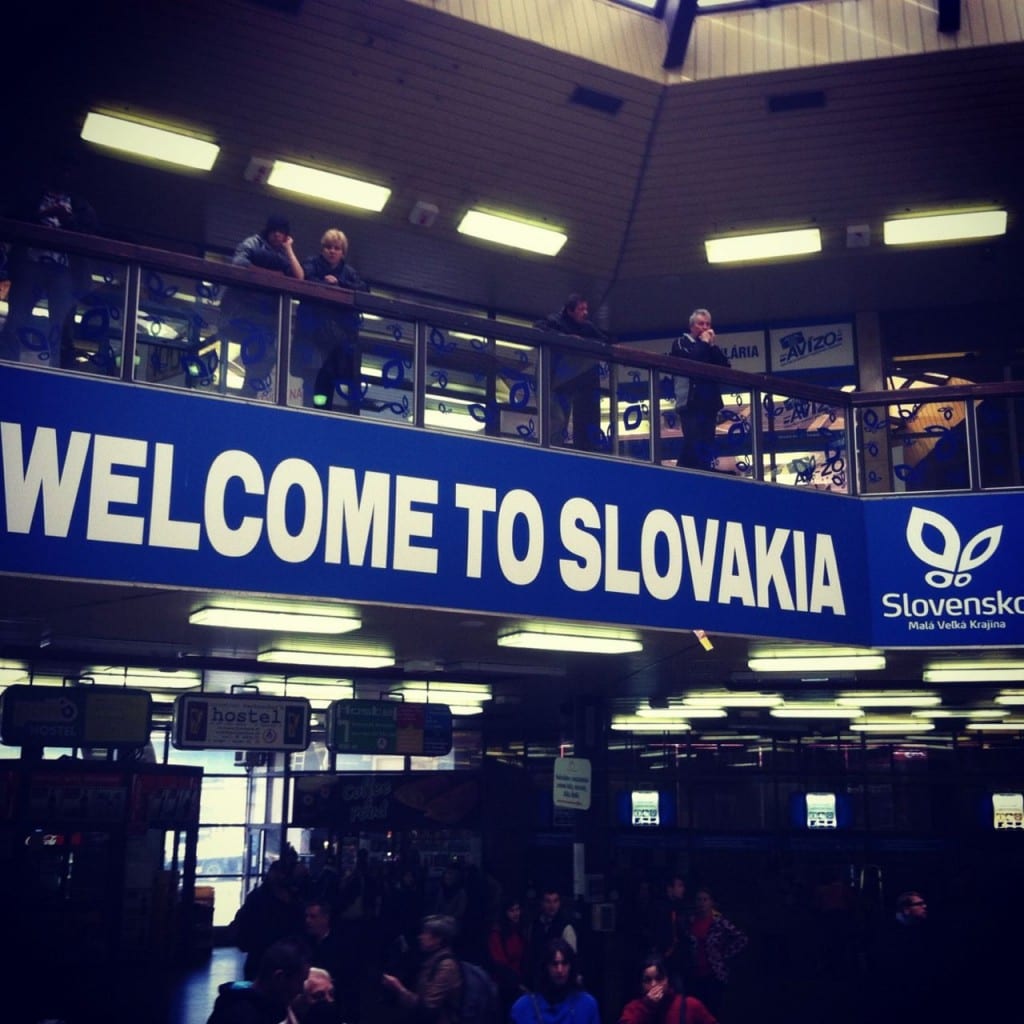 As I mentioned in my post about searching for my ancestors in Prague, I learned that my relatives who arrived at Ellis Island in 1906 listed their origin as Austria-Bohemia, which could conceivably be anywhere in modern day Czech Republic, Slovakia or Austria. Having figured that out while in Prague, I wanted to cover all my bases and check out Slovakia & Austria as well… just in case my peeps were more Slovak/Austrian than Czech. 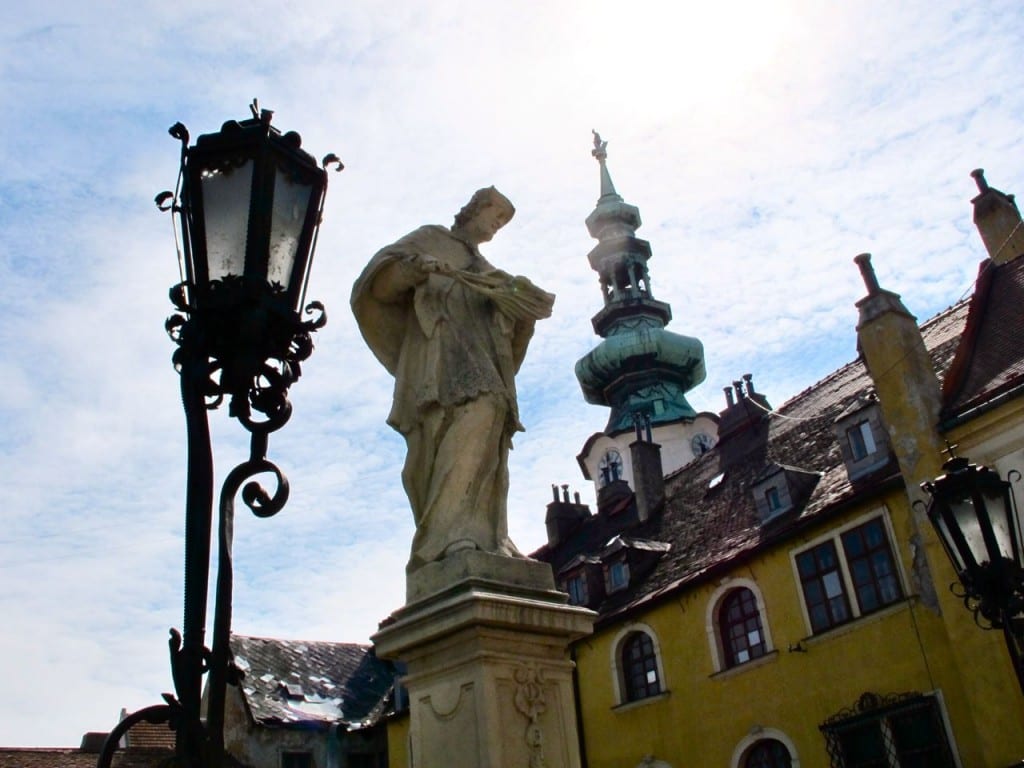 Just an hour or so by train from Vienna, I arrived in Slovakia with no fanfare or delay. Choosing to wander the capital city of Bratislava on foot – I find myself walking so much more in countries where there are no English signs! – I made my way down to the Danube River, expecting greatness.

Unfortunately, the weather was chilly and bleak, leaving me with the impression that Bratislava and its storied Danube, too, were stark, cold and emotionless. 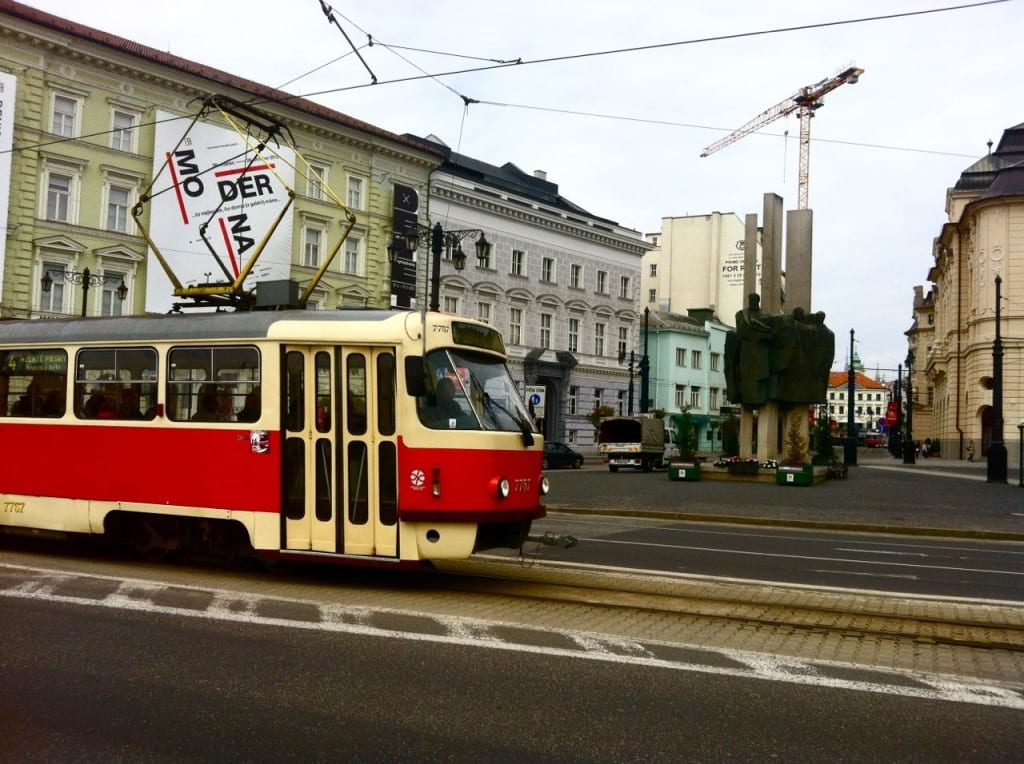 Bratislava sits at the border of Hungary to the south and Austria to the west, making it the only capital city in the world to border two neighboring countries.

Like nearby Prague, Bratislava has a domineering hilltop castle overlooking the old town. While the hillside has been inhabited since Celtic times, in the 9th century, the castle served as a Moravian fortress and in the 10th, it became the king’s residence. During the reign of Empress Maria Theresa in  the 18th century, Bratislava Castle it became the imperial palace. Today, it’s the town’s most prominent and recognizable landmark. 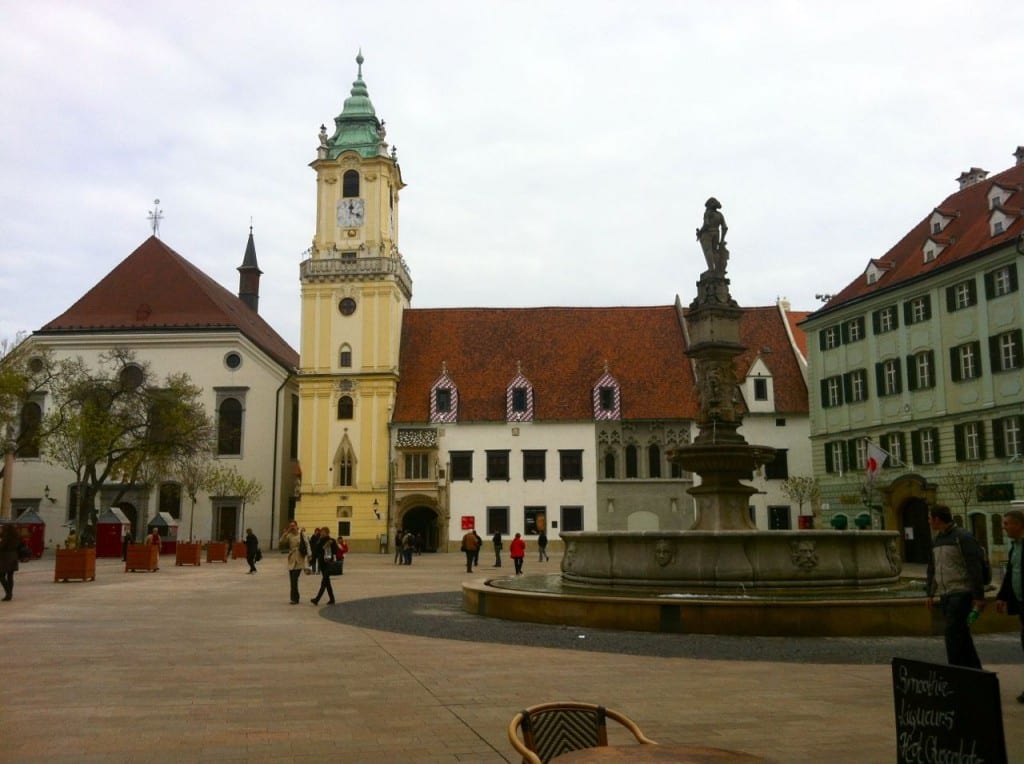 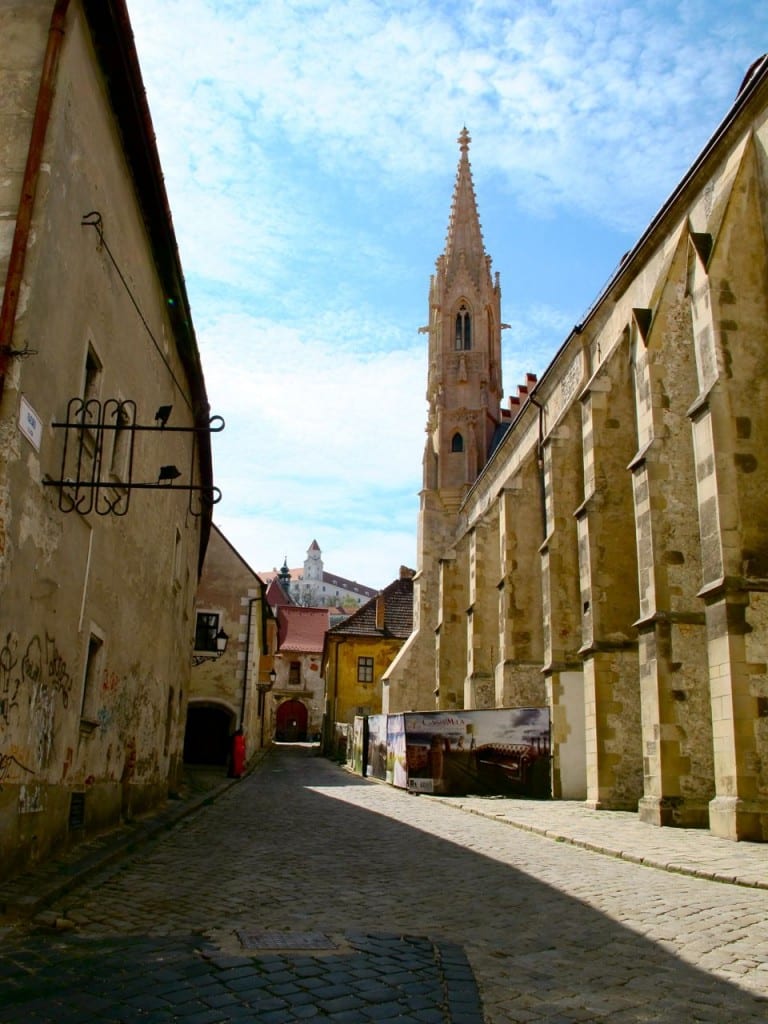 St. Martin’s Cathedral is another Bratislava must-see, built in 1221 with three naves and a gothic dome. After its consecration in 1452, St. Martin’s became the coronation spot for 11 Hungarian kings and 8 queens between 1563 and 1830. 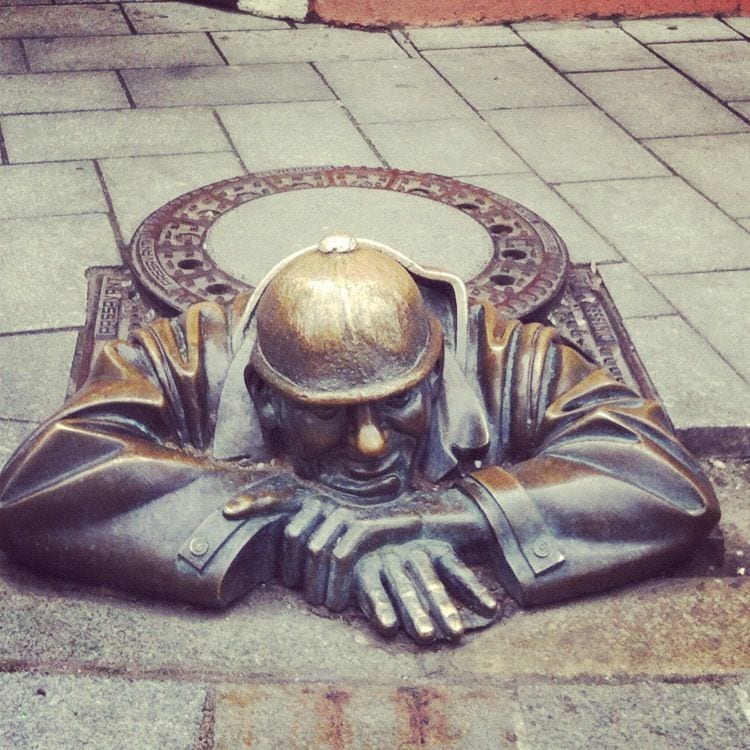 Bratislava’s cathedrals and castles didn’t wow me too much… perhaps a week in glorious Prague spoiled me? After whizzing past the requisite landmarks, I found this guy, one of the most photographed men in all of Bratislava. 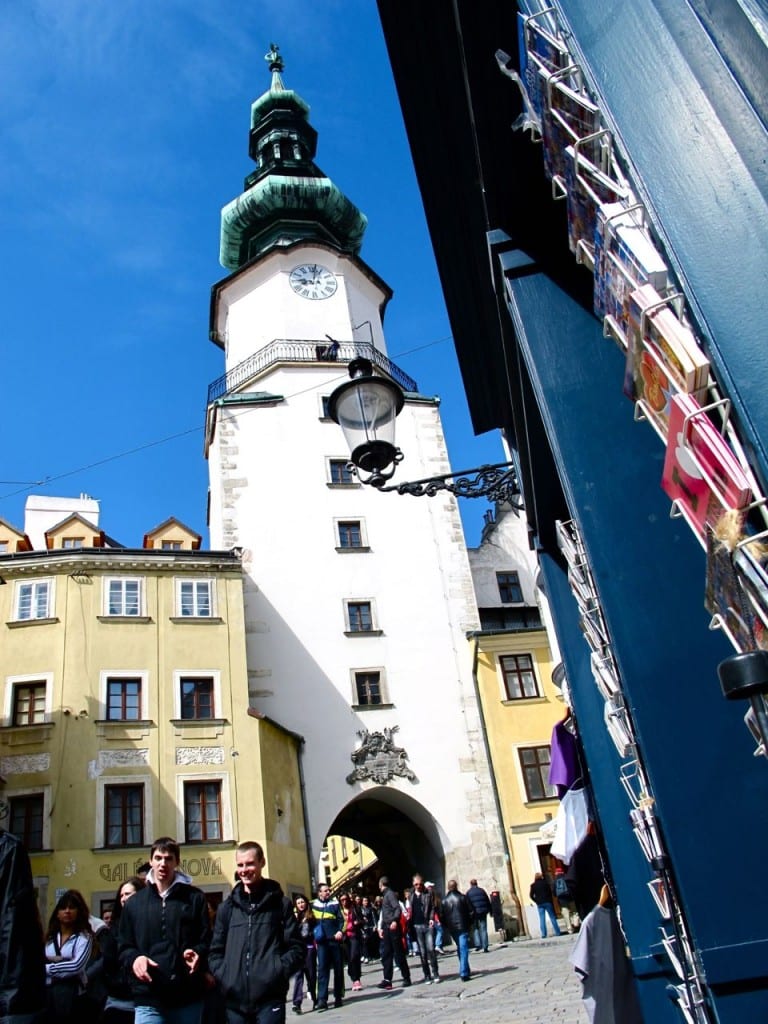 The sun finally poked out from behind the clouds and tourists began to populate the street cafes and narrow lanes. I snapped a few more shots of clock towers, graffiti on old doors and curious statues, but decided that Bratislava and I were done for the day. 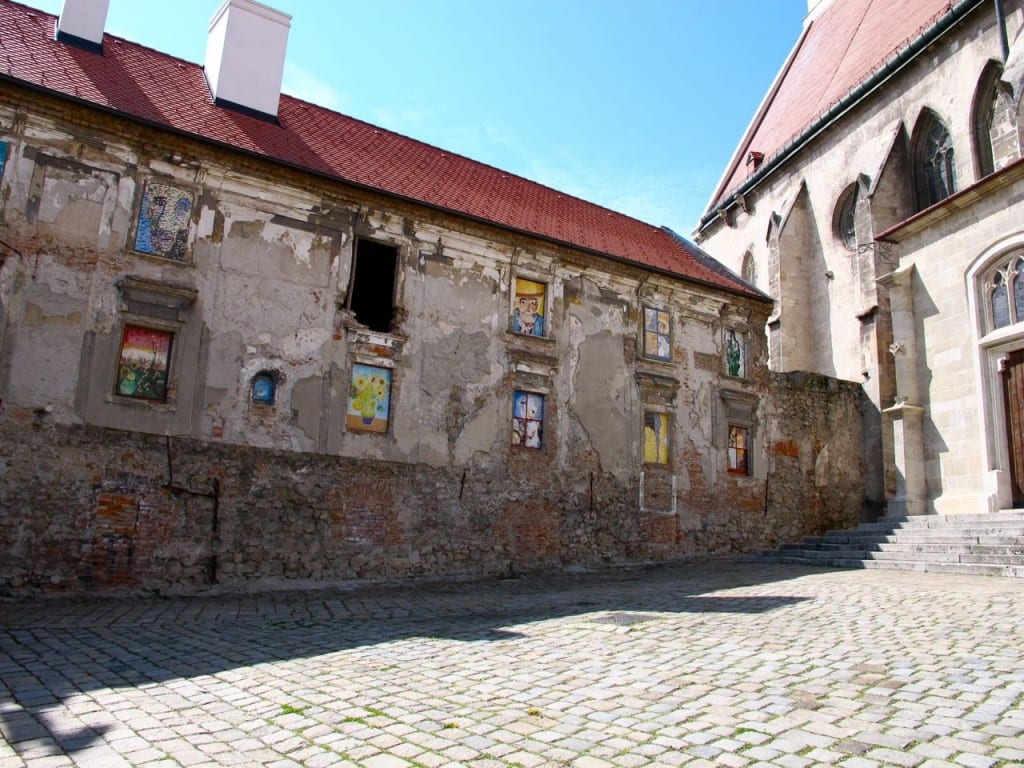 Every street looked similar to me and without much context on the stage of world history, it was hard to imagine the Bratislava of days past. 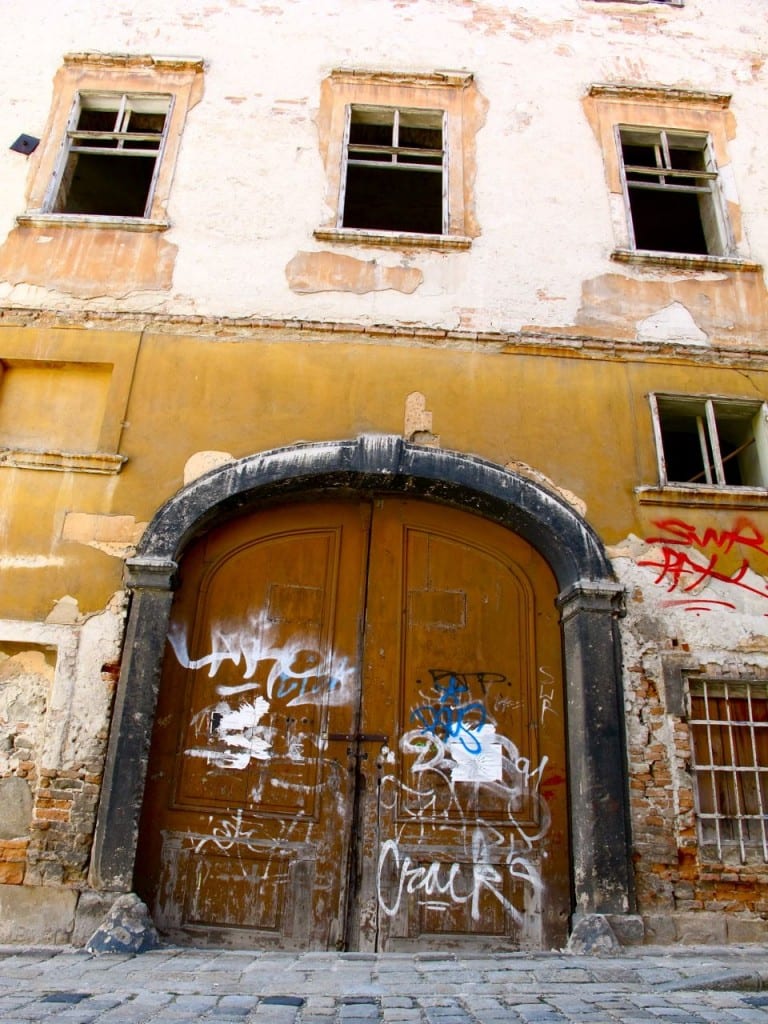 If you go to Bratislava: take the walking tour! I arrived too late to sign up but I have a sneaking suspicion I would’ve enjoyed my time in town much more with a bit of guidance.

9 thoughts on “Just a Day in Bratislava – Is it Enough?”