Finding Myself (And My Ancestors) In Prague

Prague, and furthermore, the Czech Republic, was more than just another stop on my Europe-by-train adventure earlier this year. It was the beginning of a journey to find out just exactly where I came from.

Though at the start of my visit I knew precious little about my ancestry, my  Great Grandma Gloria from Racine, Wisc., once told me that our family (at least, my great grandfather’s branch of the tree) came from Bohemia, which had to do with Czechoslovakia, or Austria, or the Habsburgs – or something. Since Bohemia doesn’t exist as a nation in the present day, it’s always been a bit hard to wrap my head around exactly what that means.

Where exactly do I come from if that place isn’t around anymore?

“Go see if you can find someone we’re related to,” my mom said via Skype one night after I’d wandered home from the Easter market in Old Town Square.

I know what she was getting at, but I was reasonably confident I couldn’t locate long lost distant relations by shouting her maiden name on the streets of Praha. Kralicek, Kralicek? Any Kraliceks around here?

To appease her, I signed up for Ancestry.com’s free trial and began digging for some details on the Kraliceks. I entered all the family information I already knew — birthdays and marriages and deaths and cities of residence — and waited for the little Ancestry.com leaf indicating more available information to pop up.

Like Alice in Wonderland, I fell down the genealogical rabbit hole and I couldn’t seem to dig out of my obsession the whole time I was in Prague. In my hours upon hours of late night research, I discovered relatives from modern day Germany, Switzerland, Belgium and Quebec.

But from my room at Hotel Josef in Praha, I was most interested in learning about my Czech relations. Digging into the census data from the early 1900s, I learned that my Great Grandpa’s parents listed Austria-Bohemia as their country of origin. Speaking mostly German, Austria-Bohemians could’ve been Czech, Slovak, German, Austrian or other, and depending on the year, the capital was either Prague, my current research station, or Vienna, my next stop.

It finally started to become clear: rather than thinking of myself as modern-day Czech, my family was more likely Moravian or Silesian, regions of today’s Czech Republic, Slovakia and Austria within the former Habsburg Empire. There’s no way to know for sure without a primo subscription (and countless more hours) to Ancestry.com, and I’m not even sure that would help. There may not be specific enough records on poor farmers from the middle of Europe in the 1800s.

(Update: just googled my Great Great Grandpa’s name and all signs point to his specific village, Vlčnov, Moravia. How wonderful is the Internet?! Adding that to my travel bucket list ASAP.)

Where I come from

One of the most surreal and special parts of this genealogy journey was seeing my own Great Great Grandmother’s signature scrawled on a 1906 passenger list, and then finding an actual photo of the ship she sailed from Hamburg, Germany, to NYC.
How bizarre and wild and beautiful to think that at some point, I may have walked in her very footsteps, either on my current jaunt through Europe or during my years in NYC, where her ship entered the harbor and she ushered her kids through Ellis Island. I can’t imagine what she must’ve thought when she saw the Statue of Liberty for the first time, but I can only assume it was similar to the mix of awe and wonder and hope I felt the first time I saw it.

A stall at Prague’s Easter Market

On Easter Sunday, after attending church at the 14th century Church of Our lady Before Tyn and experiencing winter’s last burst of snow flurries on the way out, I decided to spend my last day wandering the markets set up in Old Town Square. I reflected on all I’d learned while in Prague – not just about the fascinating history of the city itself, but also how my family came from the very same region.

I remember distinctly laughing at my mom’s silly notion about going out in search of Kraliceks, I came face to face with that very name on a printed sheet hung outside a vendor’s stall.

I’m an Eastern Cake?! What does that even mean?

I texted the photo of the Kralicek, Eastern Cake sign immediately to mom back home.

“I found one! A Kralicek in Prague! We’re Eastern Cakes!”

But what is an Eastern Cake?

She texted back, “No, Gram said Kralicek means scared rabbit or something.”

Scared rabbit, huh? I’m sure Alice in Wonderland could make the connection, but I was predisposed to believe Kralicek meant Eastern Cake, since it was staring me in the face in black and white, in the Czech Republic. Certainly they would know?

There was only one way to find out, once and for all.

I marched up to the stall to confidently order my very own Kralicek, half expecting them to produce a family tree or a brightly wrapped package of cousins from behind the counter.

What did I find?

The folks at the market stall were off by one letter on their Kralicek translation. As it turns out, they meant Easter Cake, not EasterN Cake. Mom & Gram were right! The cake was shaped like what else? The Easter Bunny. Had I visited Prague at any other time of year, I wouldn’t have seen the Kraliceks for sale and I never would’ve made the discovery. Rather serendipitous, don’t you think? One of those wild moments in any travelers’ journey when everything seems to come full circle and make perfect sense, and you know you’re exactly where you’re supposed to be.

Pleased as punch, I skipped back to Hotel Josef. Perhaps I didn’t find any long lost relatives in my search, but I was satisfied that Prague was more than just a destination on a train trip. It was the beginning of a journey to find out more about where I came from, who my family was and why they came to the US.

PS – The Kralicek was delicious!

Reflections from the Road | Vol. 11
Hiking in Kauai – Bad Decisions on Hanakapiai Falls Trail
SHARE AWAY
JUMP TO COMMENTS

Adopt-a-Slum in Kenya | The Easy Way to Make a Huge Difference! 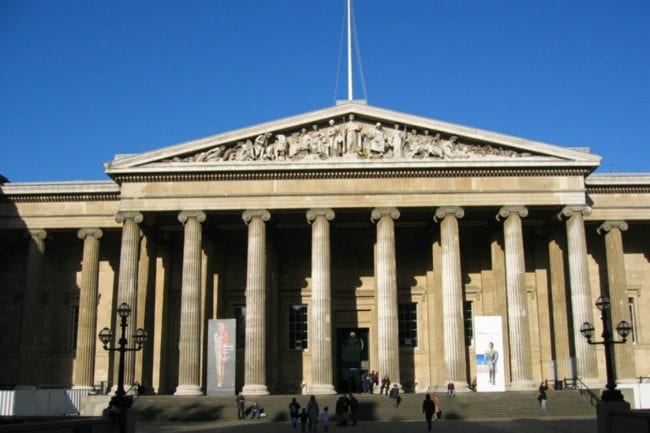 The Surprising History of Lake Trasimeno