When I planned my Jane Austen pilgrimage this summer, I searched the Internet far and wide for a comprehensive map of important sites. Aside from Winchester, which has decent Austen information, and Bath, with its brilliantly produced free iPod tour, I found the rest of the information to be scattered piecemeal all over the place. It wasn’t an easy task, but I cobbled together the info as best I could while hopping trains around the countryside.

I don’t think this should be the case for future pilgrims, so I decided to create a complete Google map of all the Jane Austen sites I visited on my journey. I quickly thought better of that plan, as there are many more places to see than the few I managed to cover. I also wanted to include some of the best filming locations from the most popular adaptations, but that proved to be problematic as there are dozens of locations which vary in importance based on viewer preference, of course. (Purist Janeites would sooner die than watch the Mr. Darcy-in-a-wet shirt scene, but some don’t mind Colin Firth in said manner at all. No idea what I’m talking about? Buy it here – Pride and Prejudice – The Special Edition (A&E Miniseries)

Finally, it occurred to me that the map should include literary sites like Brighton and the Peak District, where Jane’s characters got up to their shenanigans. 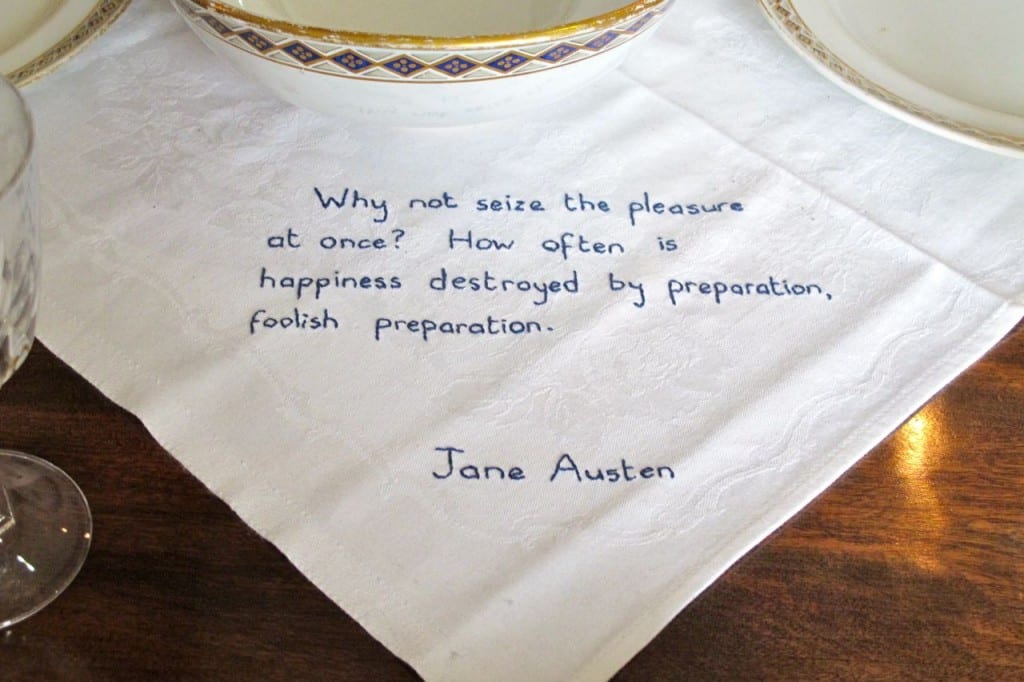 Including every site at this point in my travels is impossible – I just don’t have the time. What I ended up doing is a small mix of all of the above, with the intention of adding to the map (or having an intern add to the map!) in the future until it’s absolutely chock-full of every possible historic site, literary reference and filming location. I think Jane would be quite pleased with the effort!

View The Angie Away Jane Austen Pilgrimage in a larger map

By the time I return with my little sister in a year or two to participate in the Jane Austen Festival in Bath, ideally I’ll have filled the whole map in and we can knock out a majority of the remaining sites together.