You may be thinking I’m a bit behind on blogging since I keep referencing all the fun I had celebrating New Year’s in Thailand and Laos, but I’m not! Totally by accident, I ended up in the midst of the massive celebration the second week of April. According to the Buddhist calendar, it’s now the year 2554. Sabadee Pi Mai! (Happy New Year in Laotian, for those keeping track) 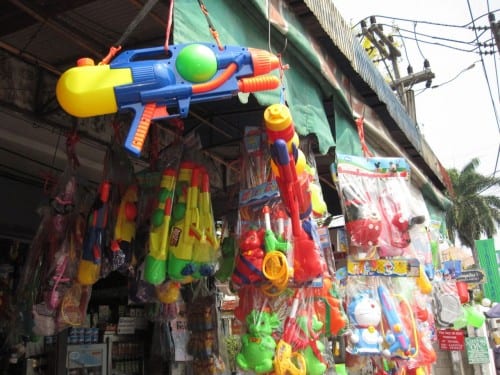 Laos, Burma, Cambodia and Yunnan, China each celebrate the season in their own way during the second week of April, but it’s usually Songkran in Thailand that attracts the most attention and subsequent splashy (pun intended) photos in Western travel sections. The Water Festival commemorates the sun beginning its journey north and traditionally is marked with cultural performances and religious ceremonies. Homes, temples and images of Buddha are given a good scrubbing in a countrywide spring-cleaning event.

The act of watering came from the tale of King Kabinlaphom, who lost his head in a wager with an advisor. After decapitation, the seven princesses kept his head in a cave, visiting once a year to sprinkle it with water in the hopes of bringing prosperity and good weather to the land. (Ew.) Today, it’s customary for elders and monks to receive gentle sprinkles of flowered or perfumed water during the holiday to signify renewal and reverence. 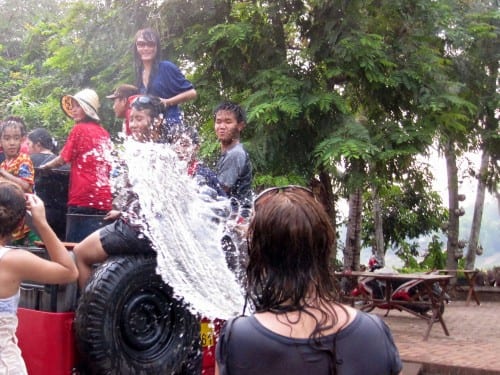 Once tradition is satisfied, the Water Festival becomes the wildest, wettest party of the year. This is great news for non-monks like me because now tradition has evolved so even “falangs” can join in. 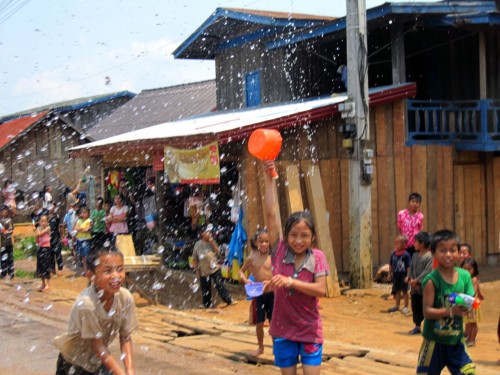 Up next… Shooting villagers and scaring old ladies half to death (it’s not what you think!)