I was absolutely shattered the day after we conquered the Tongariro Crossing, limping around like I’d really been through something. It was all I could do to drag myself on and off the bus, and walking down the street at a snail’s pace was almost too hard to do. None of the others were complaining though, so I just tried to suck it up.

All that pain meant I was thrilled to spend the day loafing around in New Zealand’s capital city, Wellington. We were scheduled to cross the Cook Straight on the ferry later that night, and we had several hours to explore on our own. If you ever get to do the Tongariro Crossing with Flying Kiwi, you’ll be thankful for the leisurely day in Wellington to wander the waterfront, check out the free Te Papa Museum or just catch up with family on Skype at an Internet café. If there’d been any more activities than that, I might’ve cried.

Sadly, Wellington is one of the main exit points for Flying Kiwis moving on to other parts of New Zealand, so we lost about nine folks from our group. Even though we’d only known one another for a few days, we’d kayaked, camped, biked and hiked together, so it was sad to see new friends go. As we prepared to leave our bus for another group on the North Island to take over, we had to clean out the chilly bin (that’s cooler in Kiwi!). In one of my favorite moments, everyone passed around the remaining drinkable contents and toasted one other – at 10 a.m. on a street corner.

The Cook Strait’s behavior was as fickle as New Zealand weather. Incredibly rough at times and smooth as glass at others, I was glad I took a bit of motion sickness medicine in advance – just in case. On a clear day, you can see phenomenal scenery all along the voyage, but our trip was clouded in mist. We used the time to snack on fish & chips and to get to know the remaining Flying Kiwis a bit better.

That night we stayed at a lovely hostel in Picton where we stayed up late laughing and chatting in the common room. The people I met on the trip were certainly one of the biggest highlights for me!

Up next… Exploring the South Island 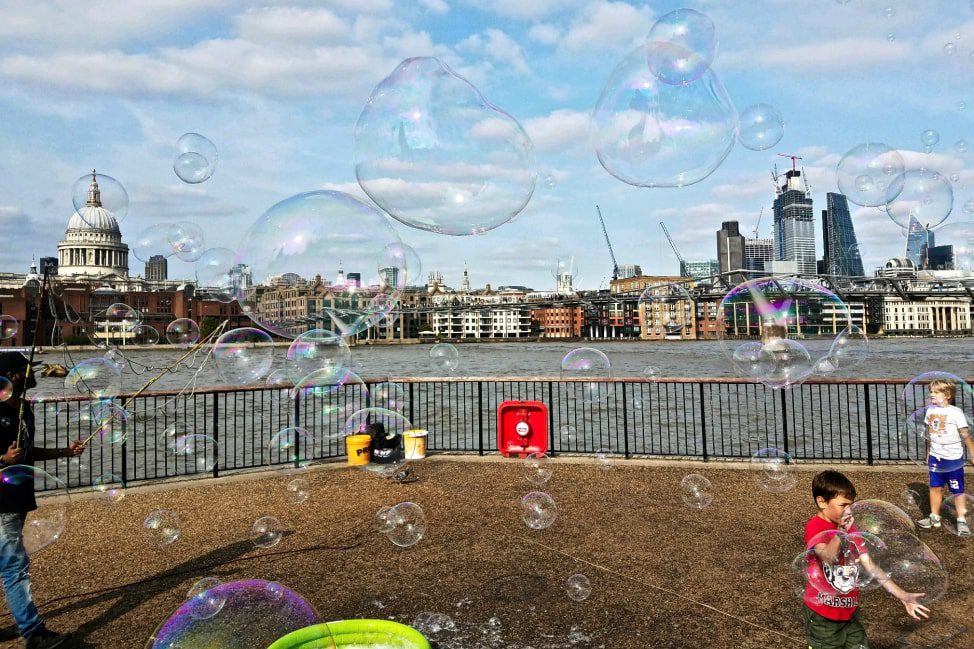 5 Ways to Have a Whirlwind Adventure in London

Angie Away vs. The Tongariro Alpine Crossing

C.S. Lewis sites in Oxford | In Search of Narnia