It was somewhere around the 4th day of the epic #OrthAmerica road trip.

Alex, Rachel and I had already passed through the mountains of Colorado, experienced snow, storms and hot springs in Wyoming, and were cruising through our third state – Idaho.

Traveling to the Moon… in Idaho

What did we know about Idaho before arrival?

Errrr, that was about it. Embarrassingly limited information for a so-called travel expert, right?

As I plotted out our tentative schedule on RoadTrippers.com, I saw Craters of the Moon National Monument listed as an attraction on our route. Digging a little deeper, I learned that the COTM lava field covers 618 square miles, 83 of which are preserved within the park.

Now, something you might not know (and really, how could anyone know this?) about the Orth siblings – we love plate tectonics and anything volcanic. I don’t know why, it’s just a weird thing we’re all into.

Cowboys & lava – what could be more natural?

Inside a lava cave

So a visit to COTM, with its 20 volcanic cones, lava tubes and aa (basaltic lava forming very rough jagged masses with a light frothy texture – not an abbreviation for Angie Away) was definitely a slam dunk for our crew.

Atop a spatter cone inside the monument.

Lots of folks stumble upon Craters of the Moon on the way to or from Yellowstone, but due to its unwelcoming terrain and the fact that truly there isn’t much to actually do, sometimes people take one look and skip it.

But COTM has such a cool history! In 1924, President Calvin Coolidge designated the area as a national monument, and then in the 60s and 70s, NASA trained astronauts for the Apollo missions here.

Rae & Alex at the scenic overlook. Nothing but spatter cones and lava flows as far as the eye can see.

Craters of the Moon National Monument in Idaho is pretty much what you expect it to be – a dark, craggy, desolate, dare-I-say — moonscape, out in the middle of nowhere. But that’s what makes it worth a visit.

Jumping shots on the moon

It helps to bring your own costumes and props to jazz up the bleak terrain.

They’ve really got to do something about the T-Rex infestation!

Surprisingly, there are 43 different species of mammals found in the desolate landscape – though we didn’t see a one.

To drive around the 7-mile park loop, do a bit of hiking, visit the caves, etc. the price per vehicle is $8. For those with more time, there are campgrounds nearby, so you can hike, explore, do yoga and take all the jumping pictures you can handle.

We only stayed a morning inside the monument, but I think if we’d had more time, we would’ve like to camp there at least for a night.

Have you been to Craters of the Moon?

The Sweetest Island in the Caribbean – St. Kitts!
When Plans Go All Wrong… and It Ends Up All Right
SHARE AWAY
JUMP TO COMMENTS 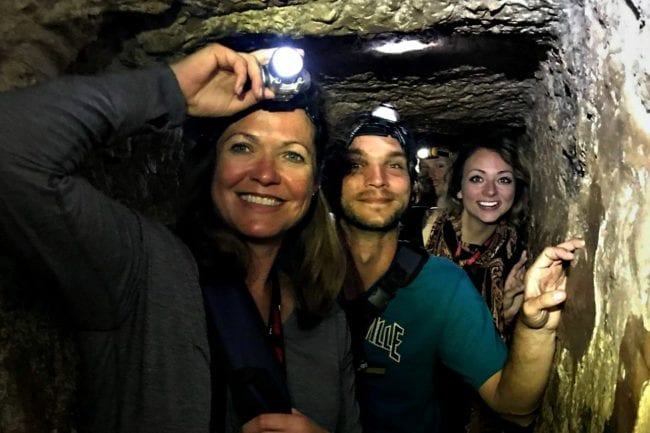 6 Things You Must Do on a Visit to Israel 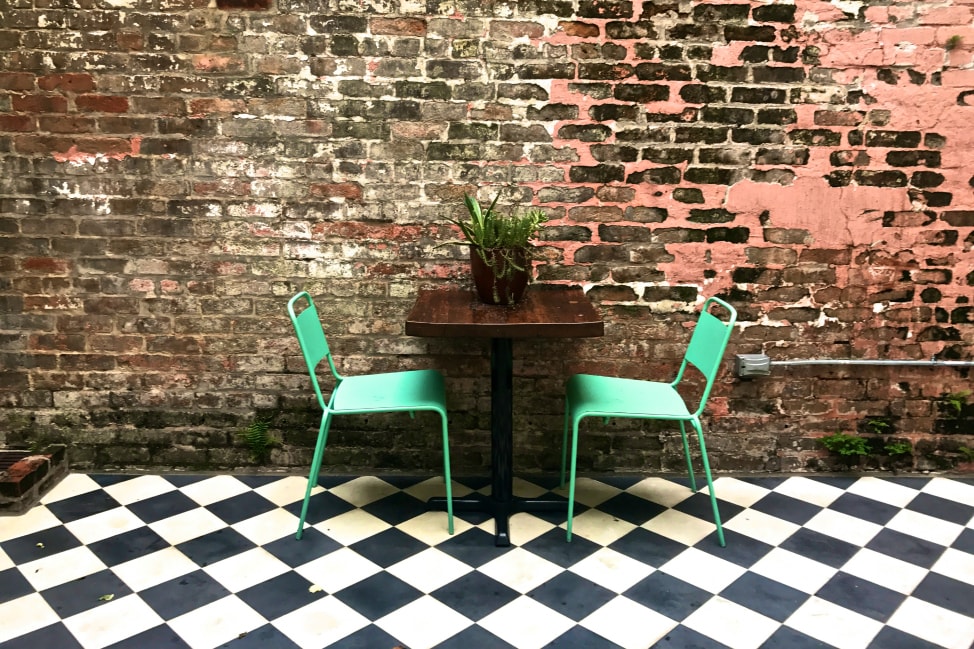 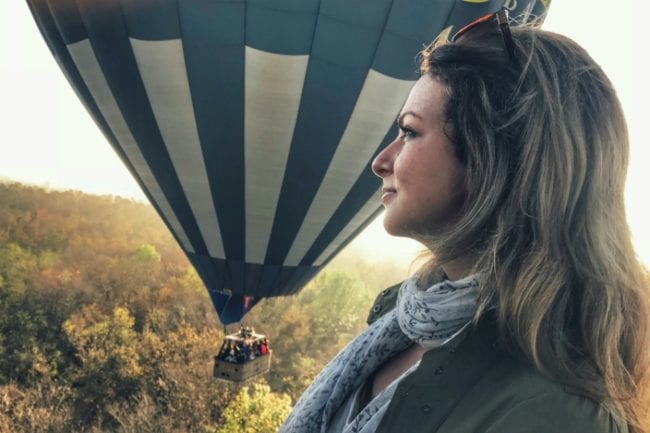 Orlando from a Hot Air Balloon 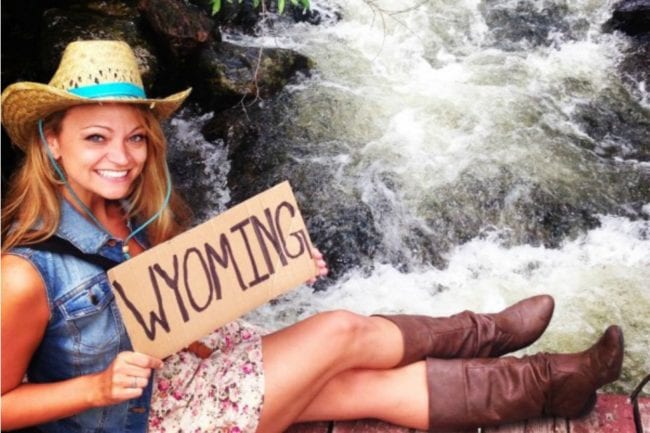 Snowball Fight in July: Why Wyoming Keeps Getting Better