Since quitting my job and setting off to see the whole wide world in 2010, I’ve grown to appreciate spending a healthy chunk of quality time in each new destination, focusing on getting to know the people and the culture and the vibe of a place.

I did the opposite in Berlin. 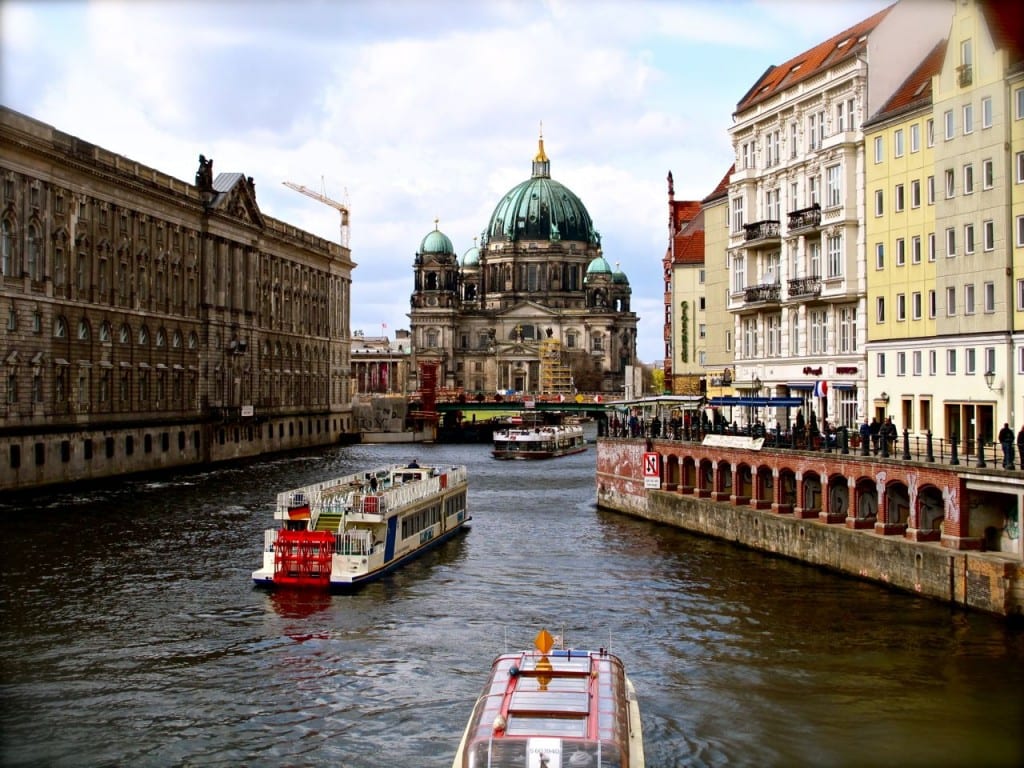 My first visit to Berlin came about because the tourism board hired a colleague & me to share social media insights with their partners. Having worked in travel + tourism public relations for so long and now experiencing life from the other side as a travel writer, it was the perfect gig combining all my travel passions into one neat little package.

Since I was in town for work and not play, I only had about four days before I had to head to my next destination to kick off my Eurail adventure. After an intense week of America’s Next Top Model auditions with my gorgeous baby sister in NYC, I arrived tired and stressed and jet-lagged, which if you don’t have much time in a place, is the worst possible way to start things.

My stress only grew knowing I had presentations to edit and a new transportation system to figure out and absolutely no time to soak up any knowledge of German language. 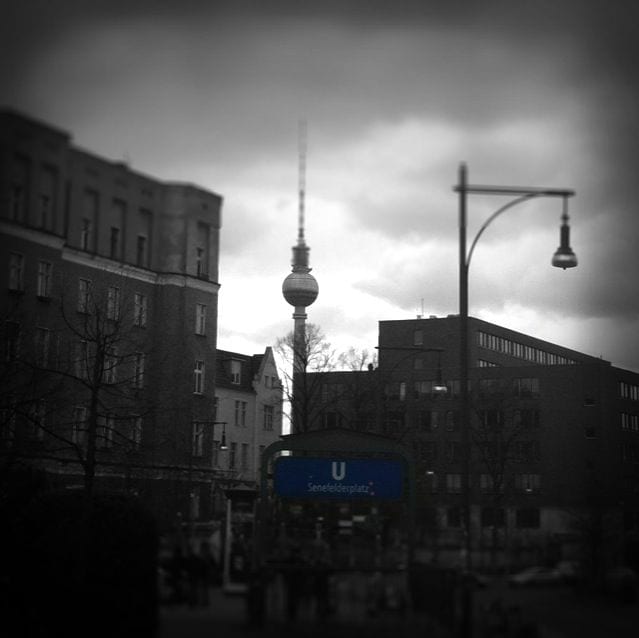 One thing I did right – I took the Sandeman’s free walking tour of Berlin. Though it was early April, it was a pleasant day for the most part and I was able to gain some idea of how the city was oriented. My tour guide was incredibly knowledgable, and I came away feeling much better about my short visit than if I hadn’t taken the tour at all.

Still, Berlin doesn’t deserve to be rushed. Its history is too powerful and too fresh to view it as just another box to tick on a list of European cities.

Yet I didn’t visit any of the museums on Museum Island. I rushed past memorials and bunkers and walls that shaped recent history, and tried to rapidly absorb the significance of this Platz and that Platz. I barely took any photos, and I confess I had to look up the names of many of the monuments in the ones I did take. 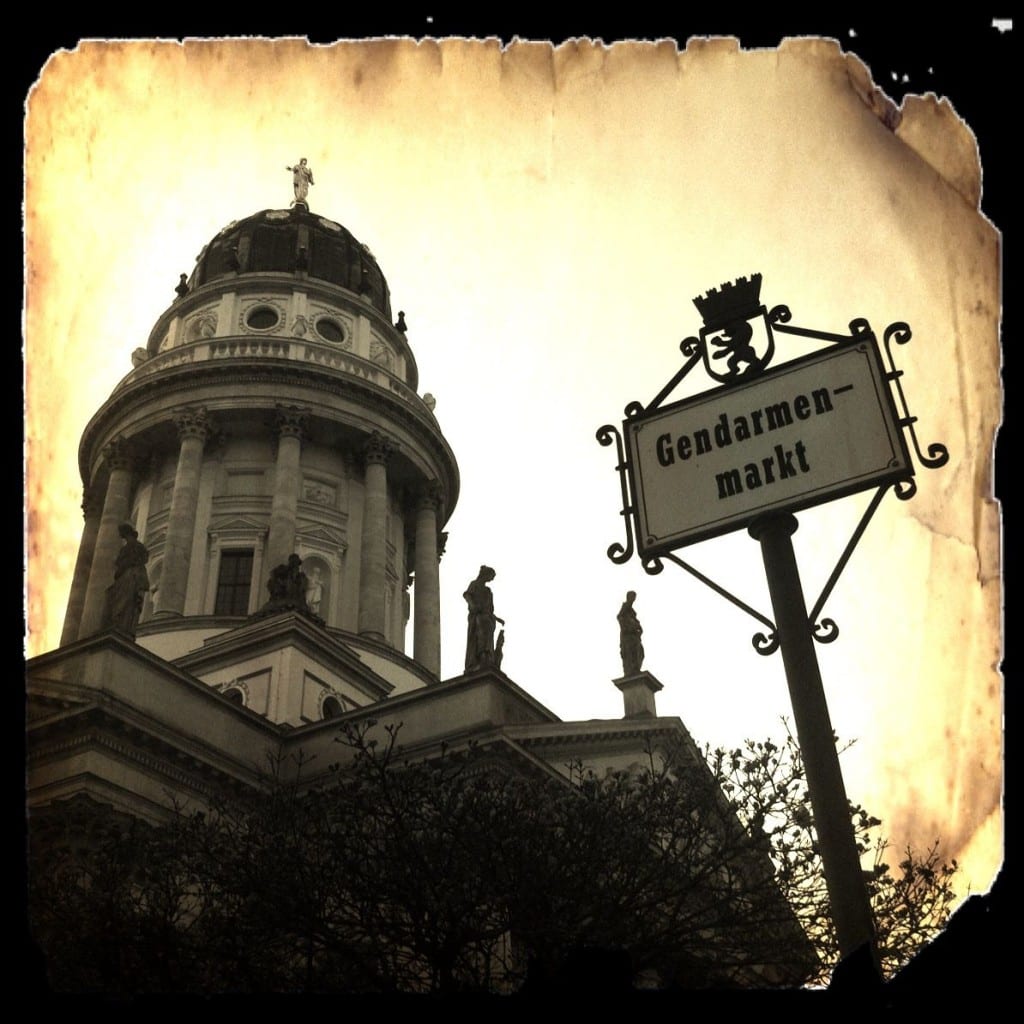 That’s not to say I didn’t at least see a few powerful sites and stay in some really lovely properties, because I sure did. Some were so warm and cozy and appealing, it was hard to tear myself away long enough to explore!

As soon as I entered Ackselhaus’ front door, I felt like I’d walked right into the pages of Pinterest! A former apartment block transformed into spacious, creatively themed rooms, this adorable boutique holds a place in my heart as one of the loveliest little spots to hole up and get some work done.

I was in the Beach House room (such a good fit for me!) with a huge bed and overstuffed couch, decorative fireplace and view of the courtyard below. Since most of my time in Berlin was chock full of freezing rain, I had no problem filling up the oversized tub in the bathroom and soaking in the suds while cranking up iTunes on the speaker system. It helped to relieve the performance anxiety I was having about my presentation!

As in much of Europe, Ackselhaus offers free breakfast and it was extensive and delicious. The pretzel bread was a particular favorite.

Up next, I visited the elegant Regent Berlin in the heart of the city, just a few blocks from Checkpoint Charlie and several of the most visited attractions in town. If you want luxury and top notch service, this is the place. Everything’s gilded and marbled and sparkling, there’s a health club and spa, and a fancy, 2-Michelin star restaurant on the ground floor. The location really makes it a perfect business hotel – which it certainly was for me – but it’s also a great home base from which to explore the rest of the city.

Extra features at the Regent include a Jogging Concierge, who will run with you all over town each morning if you like and daily traditional English Afternoon tea with the staff’s Tea Master Gold, Roland Pröh. It’s certainly not an option for the budget traveler, but every once in a while it’s nice to splurge – especially if the location is as perfect as the Regent’s.

If I’d only had time to experience all that the Regent had to offer….

Lastly, I checked out the gargantuan Estrel Berlin, Europe’s largest convention, hotel and entertainment complex. I was more than surprised to find a little bit of Atlantic City on the outer edge of the city! With more than 1,100 rooms, 5 restaurants and its signature “Stars in Concert” impersonator show, I was overwhelmed with the size of the place.

My junior suite was huge, too, and way up on one of the top floors, I had a gorgeous view of a blink-and-you’ll-miss-it snow storm that swept over the city one afternoon. Estrel’s location on the edge of town is a little less than convenient, and was made more so because the nearest metro station was under construction while I was there. Nothing a little extra walking couldn’t take care of, and frankly, with all that tasty German food I was eating, the extra blocks were welcomed. The cost of WiFi was astronomical here, so I have to chalk that up in the negative column for this hotel.

Since it opened in September 1997, the “Stars in Concert” show has played daily – featuring the likes of Bette Midler, Madonna, Freddy Mercury, Michael Jackson, Whitney Houston and Miles Davis. I took in the show with a friend and have to say, it was just about the most surprising thing I ever thought I’d see during four work-filled days in Berlin. But it was a hoot and I enjoyed it!

So, like any brilliant tourist, it would appear I visited more hotels and pseudo-celebrities in Berlin than I did actual historic sites. But I caught just enough to make me want to go back when I don’t have a 4-hour presentation to prep for and jet lag to get over.

Have you ever felt like you missed out on the best of a place due to time limits or circumstance?