This isn’t a post about an Israeli Jim Morrison tribute band.

Now that we’ve cleared that up, come with me on a jaunt around Jerusalem. 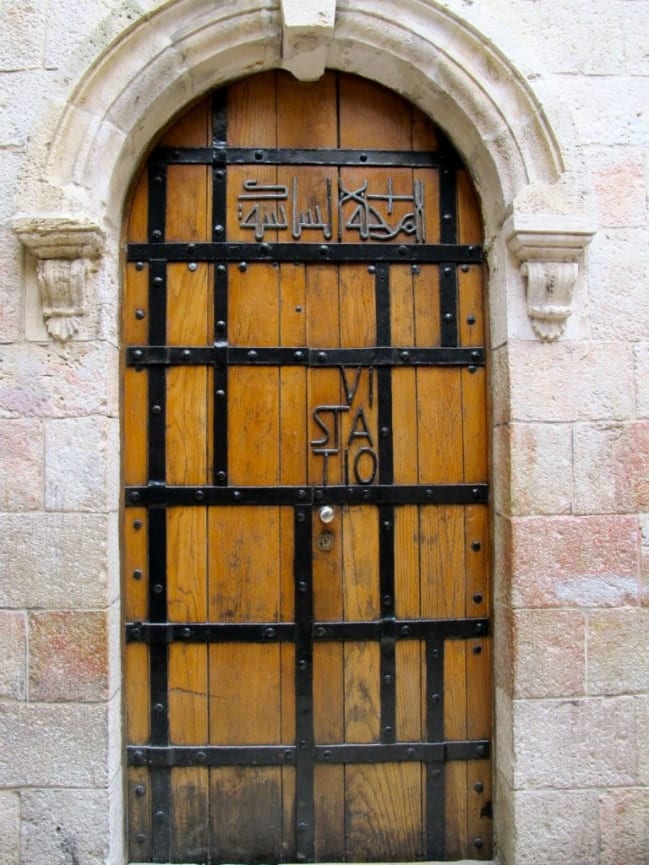 My favorite thing to do in a new city is to set out upon arrival, all alone and without a map, and just walk until I drop. 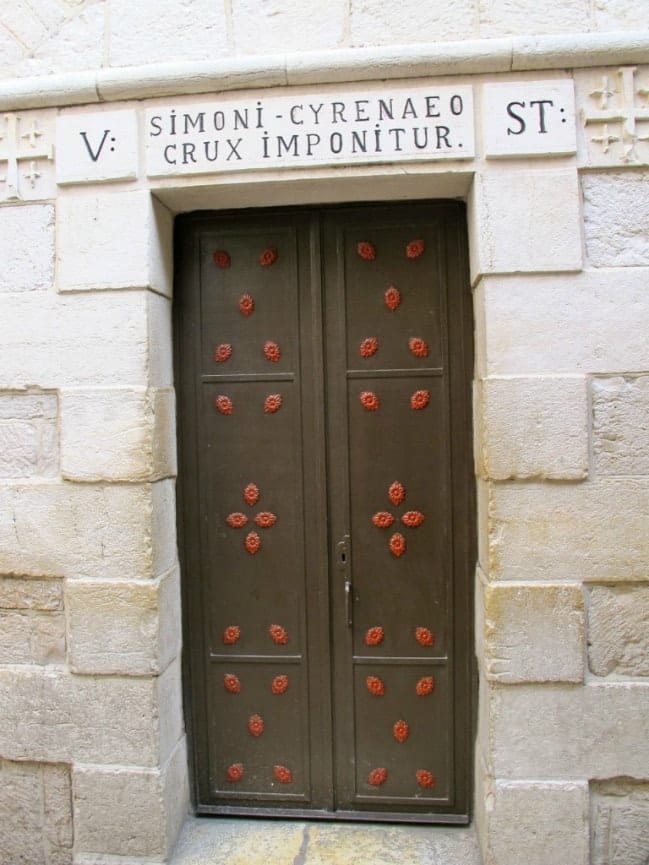 Matthew 21:10 — When Jesus entered Jerusalem, the whole city was stirred and asked, “Who is this?”

Even though it was freezing and threatening to snow, I immediately set out on just such a rambling journey once I arrived in Jerusalem. 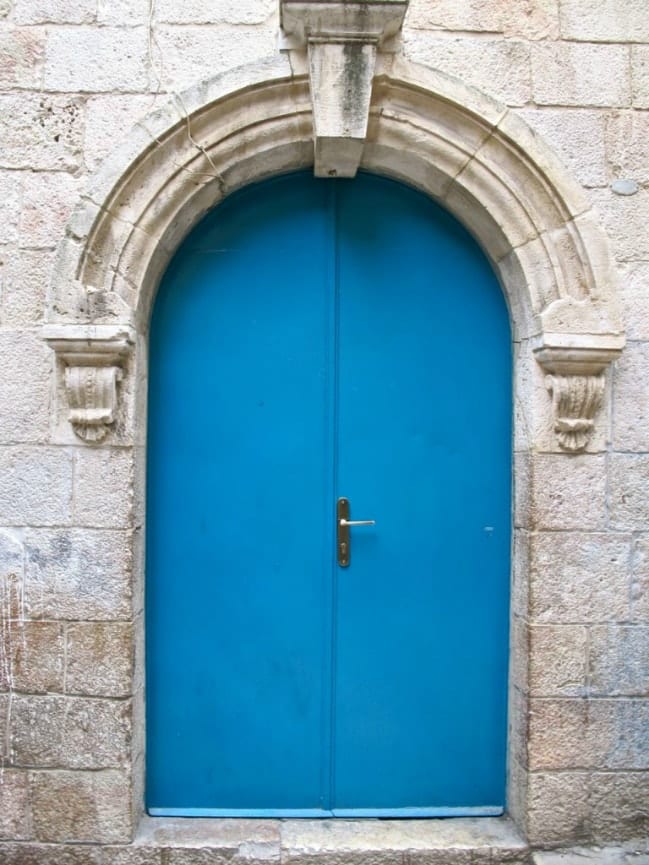 The Old City lends itself to meandering, with its maze of ancient narrow streets aching with thousands of years of painful history. 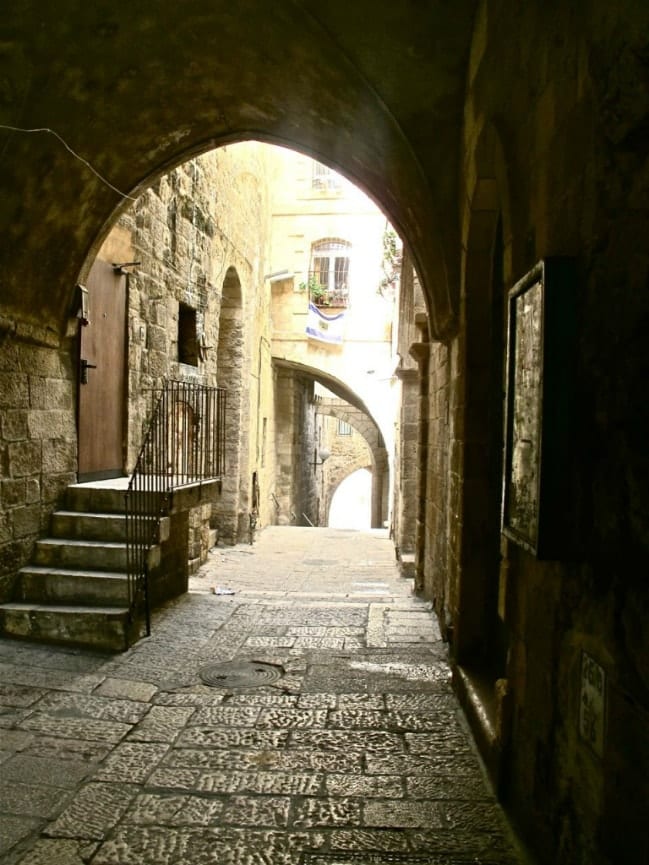 Judges 1:8 — The men of Judah attacked Jerusalem also and took it. They put the city to the sword and set it on fire.

As one of the oldest cities in the world, Jerusalem has been destroyed twice, besieged 23 times, attacked 52 times and captured and recaptured 44 times. Religious significance aside, it’s easy to look at walls and cobbled streets and get completely lost in imagining what atrocities took place in the very spot where you stand. 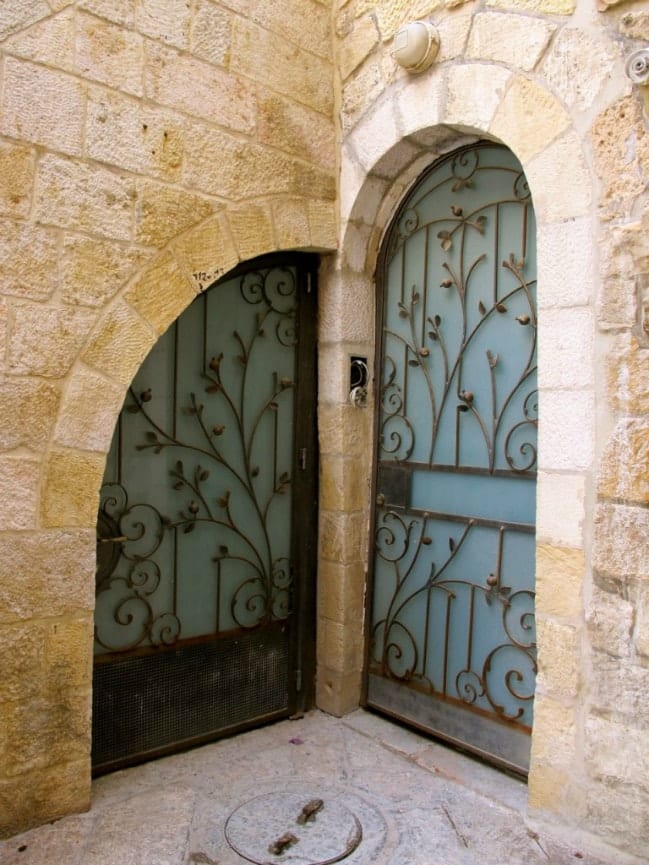 2 Samuel 11 — One evening David got up from his bed and walked around on the roof of the palace. From the roof he saw a woman bathing. The woman was very beautiful, and David sent someone to find out about her. (From the story of David & Bathsheba)

My mind raced even as I meandered.

Who lived here? How many thousands of people throughout history stood where I’m standing? Whose footsteps am I walking in? What did they see? How has the city changed since Jesus was here? 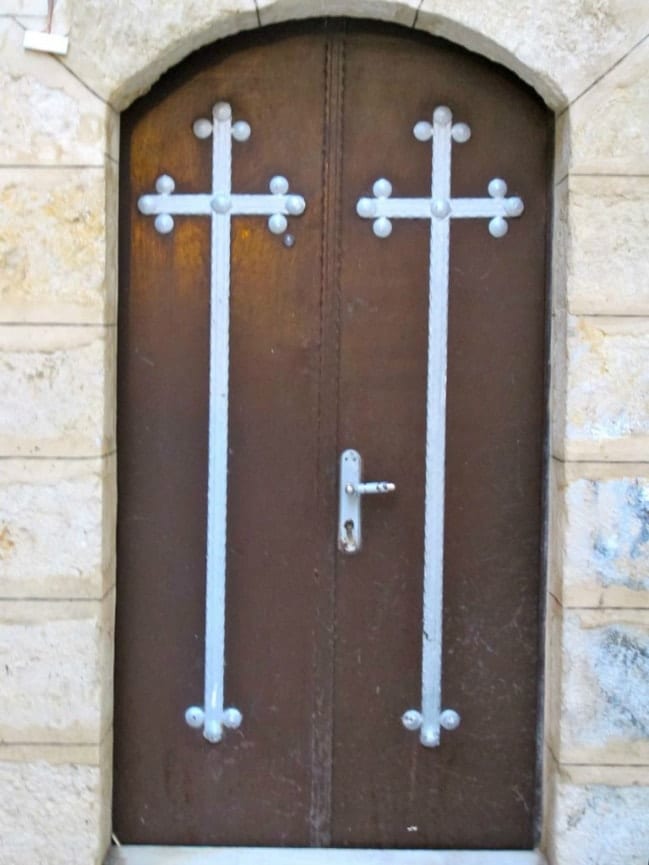 1 Kings 10:2 — Arriving at Jerusalem with a very great caravan—with camels carrying spices, large quantities of gold, and precious stones—she came to Solomon and talked with him about all that she had on her mind.

I’d say it’s impossible to wander through Jerusalem and not feel overwhelmed by its significance as the birthplace of the three Abrahamic religions – Christianity, Islam and Judaism; then again, I spoke with plenty of travelers (tourists?) during my stay who didn’t seem to get it or feel anything special at all.

They could’ve been in Cleveland.

But I felt it. Like a weight. Or an electric current in the air. A palpable dramatic tension. 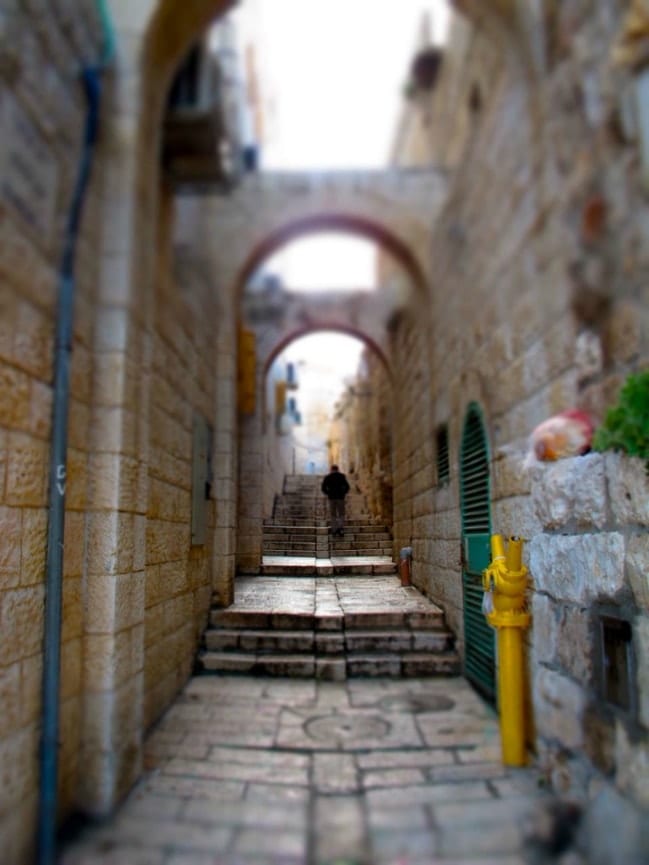 The oldest part of Jerusalem was settled in the 4th millennium BC; the walls went up in 1538 under Suleiman the Magnificent. Now the walls define the Old City and its four quarters — known since the 19th century as the Armenian, Christian, Jewish and Muslim Quarters. 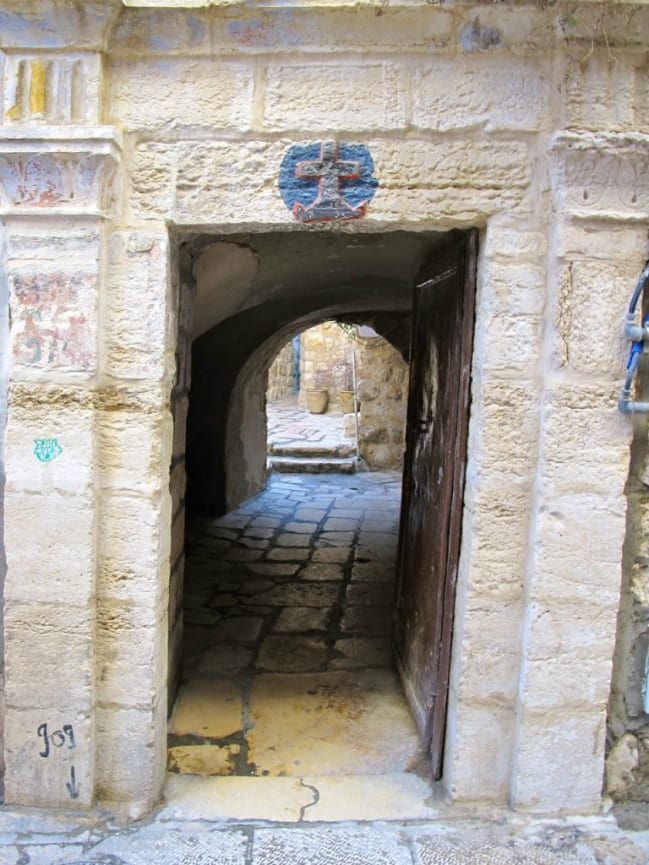 Jerusalem may have the most history per inch of any place in the world.

Despite only having an area of .35 square miles (0.9 square kilometers), the Old City manages to squeeze in some of the world’s most significant religious sites – the Temple Mount, the Western Wall, the Church of the Holy Sepulchre, the Dome of the Rock and al-Aqsa Mosque.

It’s really no wonder Jerusalem has been the site of so much unrest over the years. 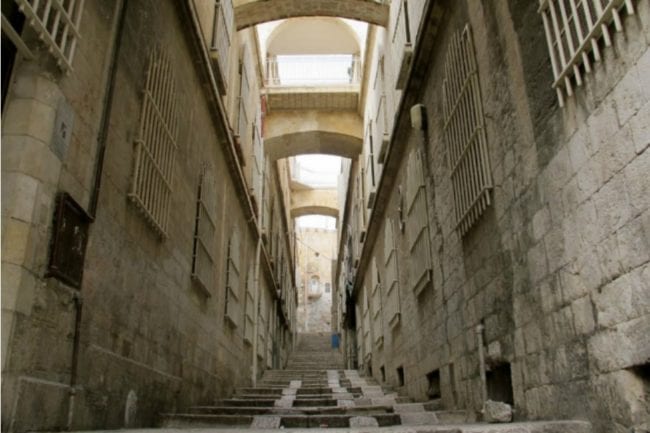 We’ll visit all of the major sites here at Angie Away over the coming days, but for now, let’s just stroll the streets together & imagine all that went on here.

It’s my favorite thing to do. 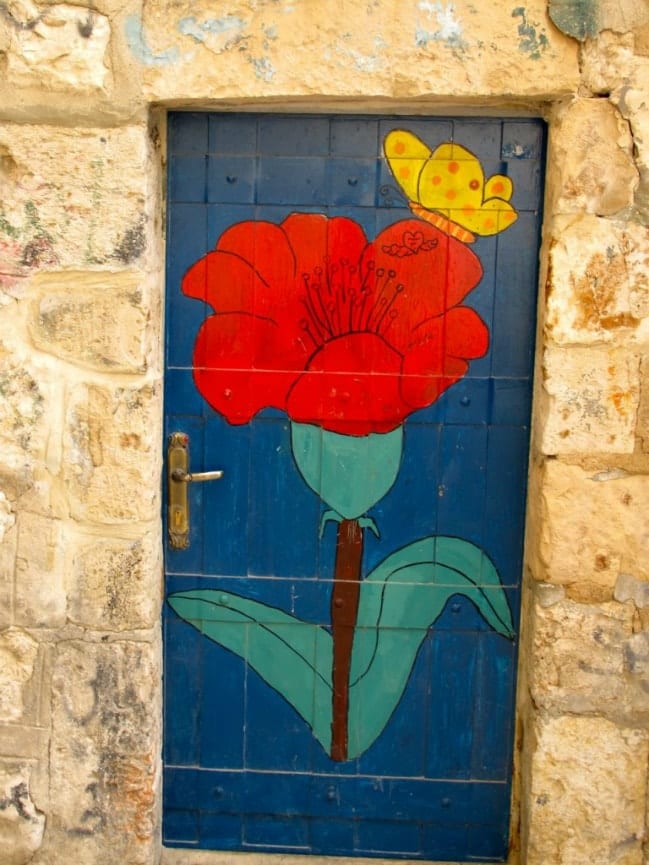 Don’t spend time beating on a wall, hoping to transform it into a door. –Coco Chanel 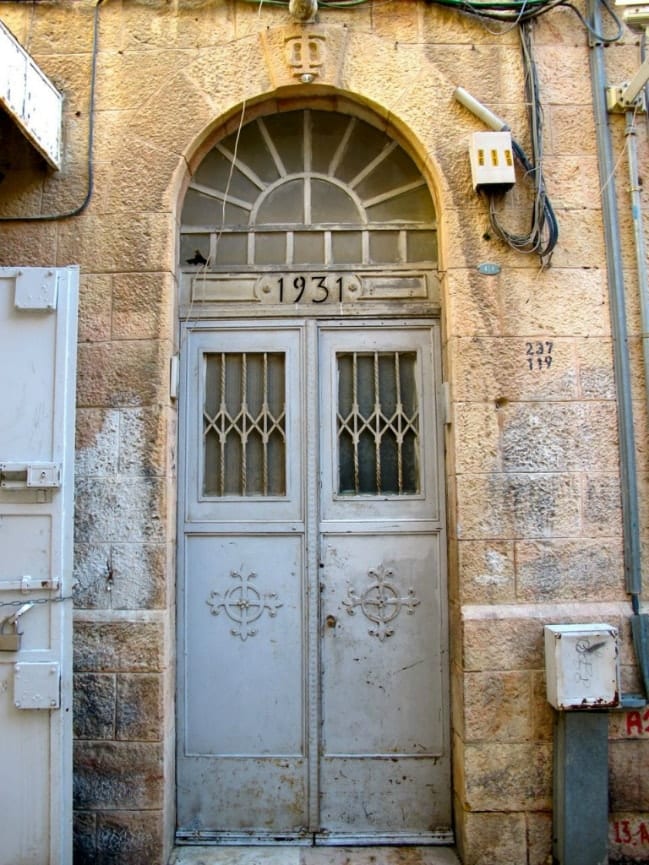 God enters by a private door into every individual. –Ralph Waldo Emerson 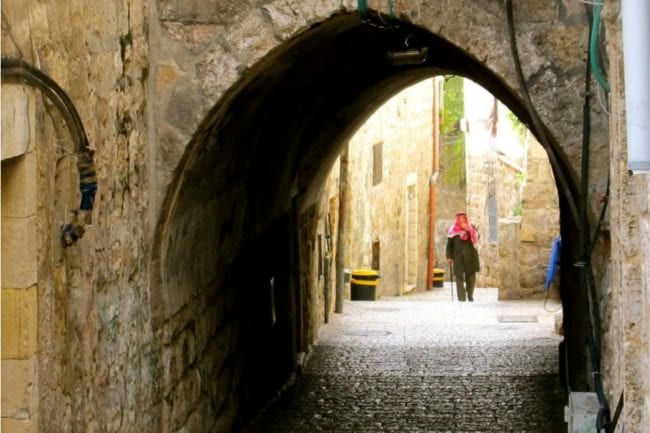 Knowledge of what is does not open the door directly to what should be. –Albert Einstein 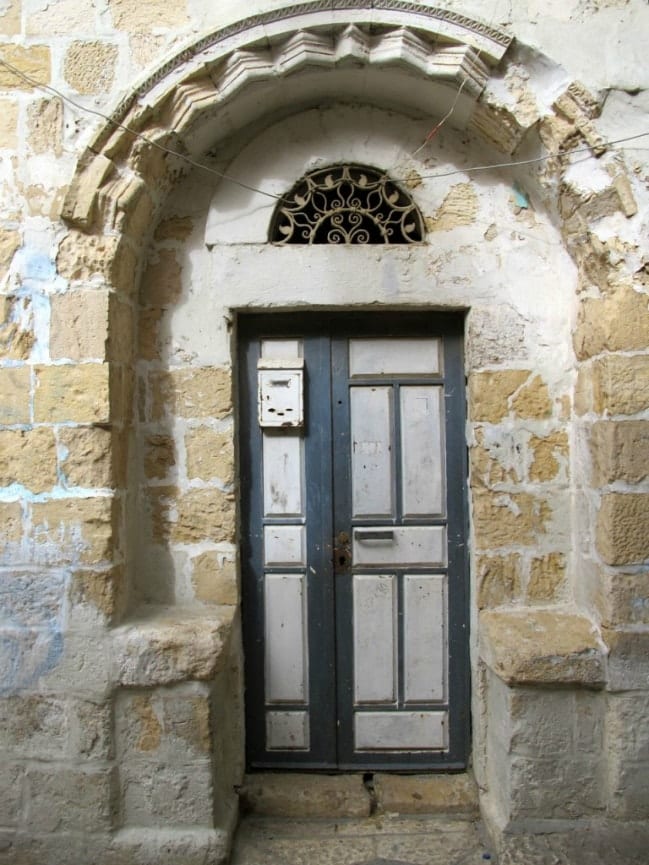 Let everyone sweep in front of his own door, and the whole world will be clean. — Johann Wolfgang von Goethe 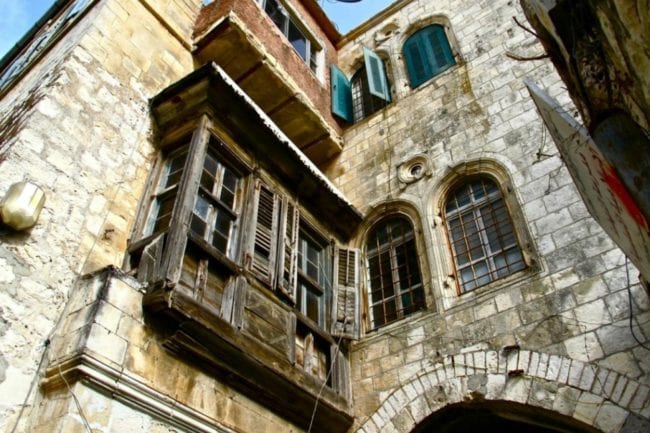 We make our friends; we make our enemies; but God makes our next door neighbour. — Gilbert K. Chesterton 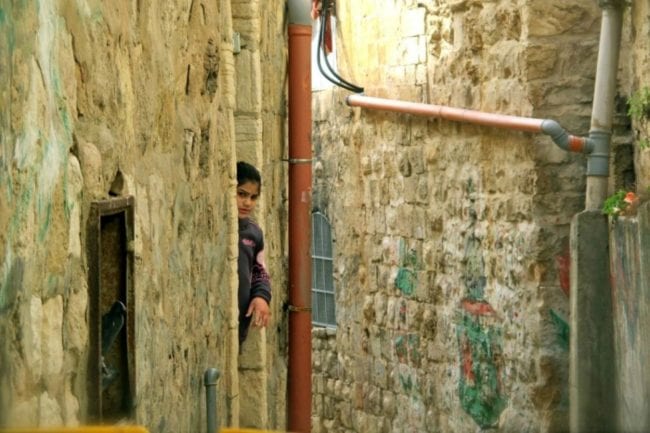 Song of Songs 1:5 — Dark am I, yet lovely, daughters of Jerusalem, dark like the tents of Kedar, like the tent curtains of Solomon.

16 thoughts on “The Doors of Jerusalem”