The LORD had said to Abram, “Leave your country, your people and your father’s household and go to the land I will show you.” Genesis 12:1

The Promised Land wasn’t at all in my plan for 2012. I intended to fly to Amman for a social media consulting project, tour Jordan’s top attractions for just a few days, then depart for several weeks of intensive book writing in London. (About that whole book writing plan… still hasn’t happened. Erggg.)

But one day while I was riding around with my guide & driver on the Jordan side of the Dead Sea, Ibrahim mentioned very cavalierly, “Oh yeah, that’s a tree, that’s a rock, that’s a vegetable stand, oh, and that’s Bethlehem over there, and then Jerusalem and Jericho.” He waved his hand dismissively westward.

Just right over there across the salty Dead Sea. A couple of towns. Words on a page. Dots on a map.

But it was such a big deal to me! To be so close to the landmarks where every bit of my beliefs were born… I actually felt my breath catch in my throat. Gazing across the sea, the snap decision I made was an obvious one.

I called home and said, “Ma, I’m going to Israel!” 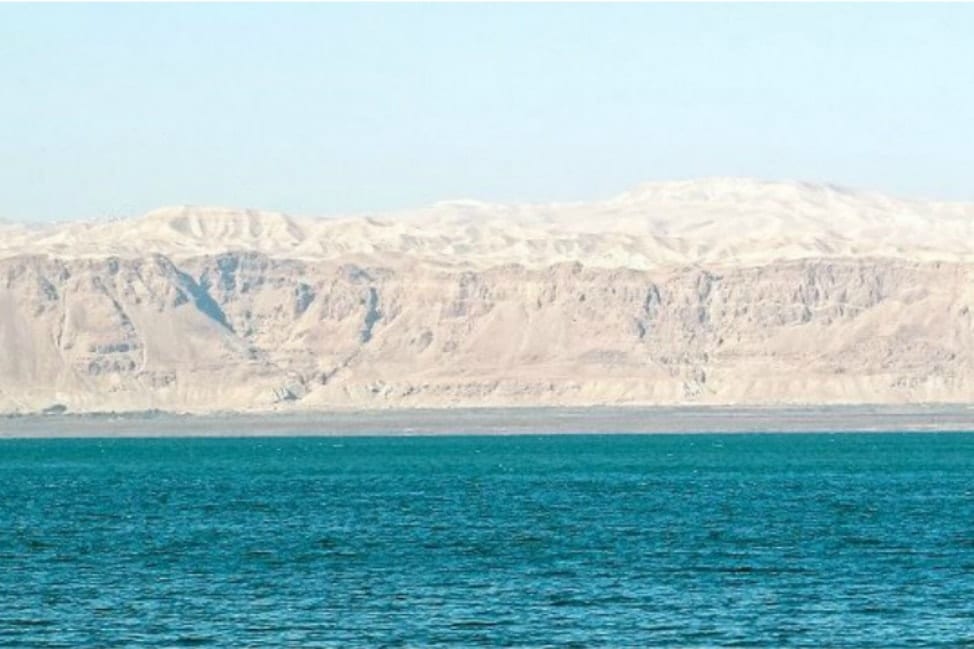 For someone who admittedly loves maps, and has spent who knows how much time pouring over the ones in the back on my Bible during Sunday school, I had very little usable knowledge of current Holy Land boundaries and borders. I certainly didn’t realize until I was being carted all over Jordan that it’s really such a small country and so cozy with its neighbors – Syria, Iraq, Saudi Arabia and Israel. So it came as a surprise that not only was I near the Israeli-Jordanian border… it was only a 45 minute taxi ride from my apartment in Amman.

Partly I blame that on being an American. Any time I visit a country that you can traverse in 3 hours, it blows me away. It takes that long for me to get to Disney World from my house.

I’d never attempted an overland border crossing by myself before, so I was pretty skittish.

I know. I can hear the overland veterans hemming and hawing about how I’m not a real traveler.

There was that time I crossed the Mekong River from Chiang Khong in northern Thailand over to Laos, but I was with a group so I didn’t have to manage it on my own. Fortunately everyone I asked in Jordan said I shouldn’t have any trouble crossing into Israel, so I booked a taxi to the border and a hostel in Jerusalem.

The ride from Amman to the border was 25 Jordanian Dinar (JD), or about $35. You can also take shared cars from the bus station in Amman, but that could take ages depending on demand, and I really just wanted to get there as quickly as possible. My driver spoke about 4 words of English, so after futilely trying to explain, I just crossed my fingers and hoped he was taking me to the correct border. While popping over to Israel wasn’t in the original plan, popping into Iran or Syria really, really wasn’t in the plan.

Eventually we made it to the next stop, but only after the driver rolled his window down while speeding down the highway to ask directions from other moving vehicles and put his hazard lights on anytime he stepped on the brakes. To say I was happy to get out of his car (and leave my nausea behind) would be an understatement.

He left me on the roadside in the care of another driver. I’m still not sure exactly who he was or why we had to do a switcheroo, but he was very sweet and he drove me toward the Allenby/King Hussein Bridge, where he, too, dumped me with no explanation. I gathered my bags and walked to the building I assumed was correct, paid my 8 JD departure tax and hopped a 3 JD shuttle across the border. (I had only one carry-on so I didn’t have to pay extra – it costs more for more bags, even though it’s about a 10-minute ride.)

I confess that I had almost no idea what was going on the majority of the crossing. I was going with the flow, hoping I was in the right place, handing my passport over to the Jordanian border guards and hoping those were actually Jordanian border guards… the agents ushered me from room to room and on to the bus, where I smiled nervously and hoped for the best.

We only waited about 15 minutes for the bus to fill up and then made the crossing… through the desert and over the Jordan River into the Promised Land. It certainly was not as dramatic as I would’ve liked it to be. No hallelujah chorus or anything. Hmmm.

Once we arrived on the Israel side, I followed the crowd into immigration. There were a great deal more machine guns than I’m used to, but my guard was very friendly and efficient. He questioned me for 2-3 minutes at the most, flipped through every page of my passport and asked me why I was in Israel.

I never quite know how to answer questions like that, being the sarcastic lass that I am. I know that Middle Eastern border crossings (or any immigration situation) are no place for sass, but I always find it so funny when the agent asks, “What is your purpose for traveling here?”

There are really only two answers, right? Business or leisure travel. And business travel opens up a can of worms, because hey, what if your business is international weapon smuggling? Or drug lording? Or human trafficking? Or terrorism? Or…. blogging?! There are some questions you just can’t answer honestly.

Anyhow, I said, “I’m here because I’ve always wanted to visit Jerusalem.” And my agent beamed with pride and welcomed me warmly to his country.

Once past border control, I had to figure out how to get to Jerusalem. Hadn’t really thought that far ahead… I just figured I’d look for the ground transportation signage like always. Only there was NOTHING in English. So I did some more wandering and found a handful of other foreigners loading up into a bus headed for the Old City. For another 10 JD (I had to pay in JD because I didn’t have any shekels yet) I had a ride to Jerusalem’s Damascus Gate. 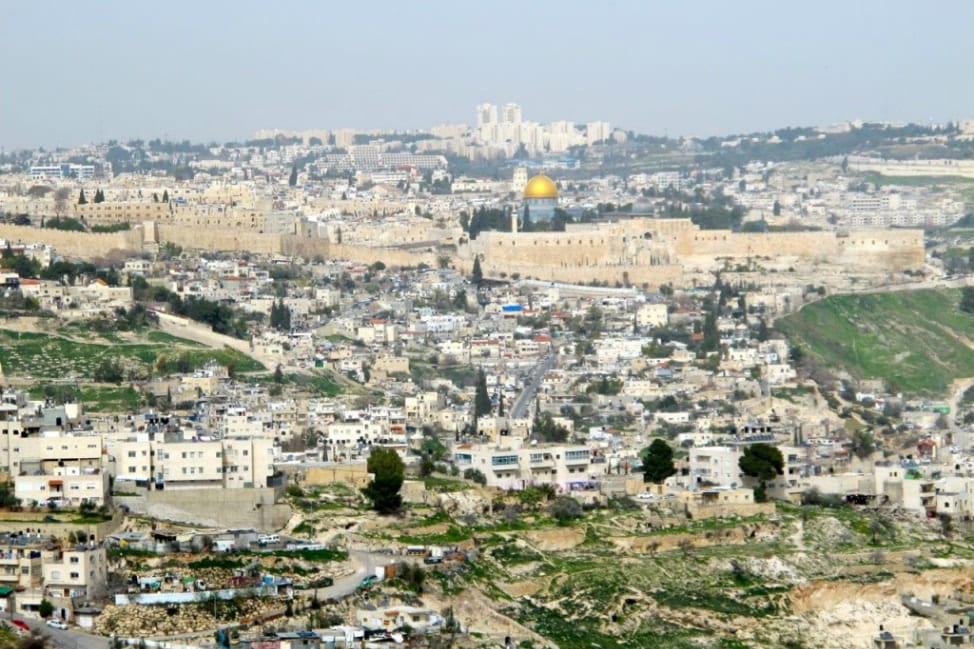 I wanted to write a really definitive, useful “How to cross the Israeli-Jordan border” post but I realized that no one actually knows what’s going to happen at the border on any given day. The rules change, the hours of operation change and I think folks at the border just change their minds. Sometimes you owe a departure tax but sometimes you don’t; sometimes you can come back across without paying for a new visa within 5 days, or maybe two weeks, though sometimes that’s completely false; sometimes you can return over the same border and other times you have to take a bus north to Be’it She’an, which I did on the way back. Sometimes you can be questioned for hours on end for having stamps from other Middle Eastern countries; or if you’re like me, they barely ask any questions at all. No matter how many different expert sources I questioned about procedures and protocol, I got just as many different answers. 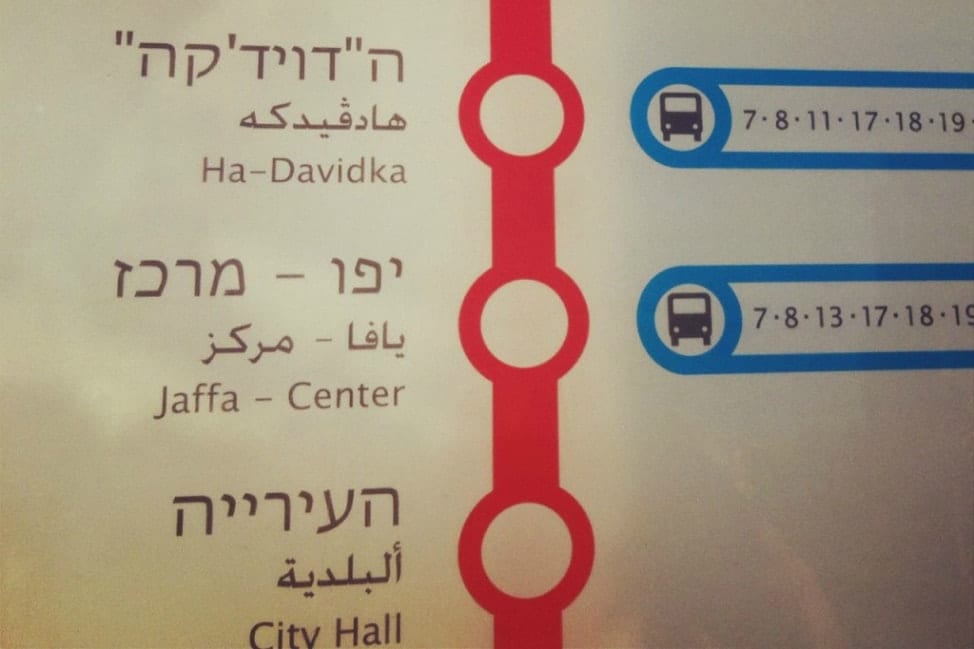 It only took about $70 and 3 hours total from my apartment in Amman to my hostel in Jerusalem and I have friends who’ve spent that long getting questioned at the border, so I really couldn’t complain at all. After a harrowing taxi ride, another taxi ride with a stranger, a shuttle ride over the Jordan River, a bus ride with some checkpoints and machine guns, then a tram ride – I finally found my way to the very welcoming and hospitable Abraham Hostel.

And that’s where the story picks up next time.

16 thoughts on “Crossing the Israeli-Jordanian Border All By Myself”