Scene: A hostel common room anywhere in the world.

Hello, where are you from?

Oh, hi! I’m from the US. I grew up Florida & most recently lived in New York City.

If I had this conversation once, I had it 100 times since I left to travel full time in December 2010. It seems my countrymen have quite an isolationist reputation.

To be fair, I realize that I am a part of a relatively small group of Americans who travel recreationally very often. Having worked as a travel publicist in NYC and then leaving to see the world by myself, I’m surrounded by world traveling friends and colleagues, so it’s easy for me to forget that not everyone is constantly crossing borders and stamping passports.

But still, this stereotype that Americans don’t travel, and the insinuation that we don’t enjoy it, really grinds my gears.

Real talk: it’s not that Americans don’t like to travel – because I think by historically and by nature we are a country of explorers and adventurers — but there are a few key factors that contribute to our reputation as isolationists. Let’s discuss!

Size. The US is the 4th largest country in the world after Russia, Canada and China. We have 50 states with varied climates, terrains and attractions. Visiting every state within our own country is a feat most of us never achieve due to size. I’ve been traveling around the US since I was a kid and I think I’ve still only seen 38 states. In fact, I’ve now been to more countries than states.

To put it in perspective, America is 2.5 times the size of Europe. (Click here for a cool graphic illustrating the point.) So while every European guy I’ve met in a hostel has visited Spain, Portugal, France, Belgium, The Netherlands, Italy, Switzerland, Greece, Luxembourg, the Czech Republic, etc., that doesn’t necessarily mean he’s more well-traveled than an American who’s never left the Western Hemisphere. From a mileage perspective, it’s highly possible that an American who’s never left America actually has traveled more extensively than say, the Belgian who’s been to 12 nearby European countries.

More about states. If you’re not from the US, but you’ve been here, and you’ve only seen NYC, Los Angeles and Las Vegas – you haven’t really seen the US! Every state is different, and I assert that each one has enough cultural cache to be thought of as its own country. If you drive 100 miles from my parents’ house in North Florida in any direction, you’ll find completely different accents, priorities, traditions and cultural norms.

Hawaii – 15+ hour flight from my hometown

And that’s not even taking into account America’s status as a melting pot. I can travel around the world in a few hours in New York City or any metropolis in the country, tasting authentic cuisine, speaking dozens of languages and meeting people from clear across the globe. Just yesterday, in my relatively insular hometown, I spoke broken Arabic with a kebab restaurant owner. He looked at me like a had three eyeballs when I started to chat him up, but it just goes to show there’s no lack of international opportunity right here in our own backyard.

Geography. Our geography ensures that leaving the country is probably going to be expensive and time consuming. The US only shares borders with two countries – Mexico & Canada. Unless you live in a border state, it’s not terribly easy or convenient to visit the neighbors. Consider I’m from Florida, surrounded on 3 sides by water – it takes at least one flight, if not more, to get to either international neighbor. It’s not like we can just hop a train and in 45 minutes we’re speaking a new language.

Whitewater rafting in South Carolina – 7+ hours’ drive from my hometown

Vacation time. Perhaps one of the biggest obstacles to travel for Americans is the lack of vacation time. According to a study from 2010, every 1st world country (except Canada, Japan & the US) mandates at least 20 paid vacation days per year. In France & Finland, it’s 30 days. In the US, it’s ZERO.

That’s right. The only reason we get any time off at all is due to the generosity and benefits of our employers. When you factor in many blue collar Americans get at most 10 paid vacation days (like my Dad, who’s been working his butt off for 35 years), it’s no wonder you don’t find so many of us in far-flung locales. (Check out this interesting article on the topic from the New York Times.)

For example: it takes around 4 days of transit time to get to and from Australia, so for someone with at most 10 days off (often including sick days) for an entire year, that leaves very little time on the ground to actually enjoy the destination or more importantly, to get to know its culture. It’s one of the reasons I quit my job to travel full time. I knew I’d never see the world if I had to do it in 5-day sprints over the course of 50 years. And my situation is so extreme – most people do not have the luxury, either financially or otherwise, to leave home indefinitely to explore. Sometimes there’s a tough choice to be made, and often it must be in favor of family, children, job, bills, etc.

Is it any wonder Americans are known to stick a little closer to home?

Passports. I hear folks spouting passport statistics all the time – only 30% of Americans have passports, hence, Americans are uncivilized, untraveled, uneducated jerks! But let’s be clear – that’s almost 100 million people! And considering all I’ve described about the obstacles to travel – distance, geography and especially vacation time, I’m pretty proud of that intrepid 30%.

I’ll get to the whole, “Wow, I can’t believe you’re American. You seem so normal,” myth later. (The myth that Americans can’t be normal, well-adjusted travelers, not the myth that I, myself, am normal.) There’s not enough space in this post to combat the image that MTV projects about American culture overseas. You wouldn’t believe how many people are floored when I don’t act, talk and dress like Snooki or one of those hoodlums from My Super Sweet Sixteen.

My point here is simple: statistics don’t tell the whole story about American travelers. So please don’t assume if you don’t see as many of us out there on the road that it’s because we don’t like you or we don’t want to see the world or worse, we stay home because we think there’s nothing else to see. There’s so much more to the story!

Hollywood – 5+ hour flight from my hometown

So what do you think, foreign friends? Does all this info jibe with what you know about the American traveler?

Hometown peeps – am I striking a chord? What keeps you from traveling?

Exploring The Bahamas with the Carnival Sensation 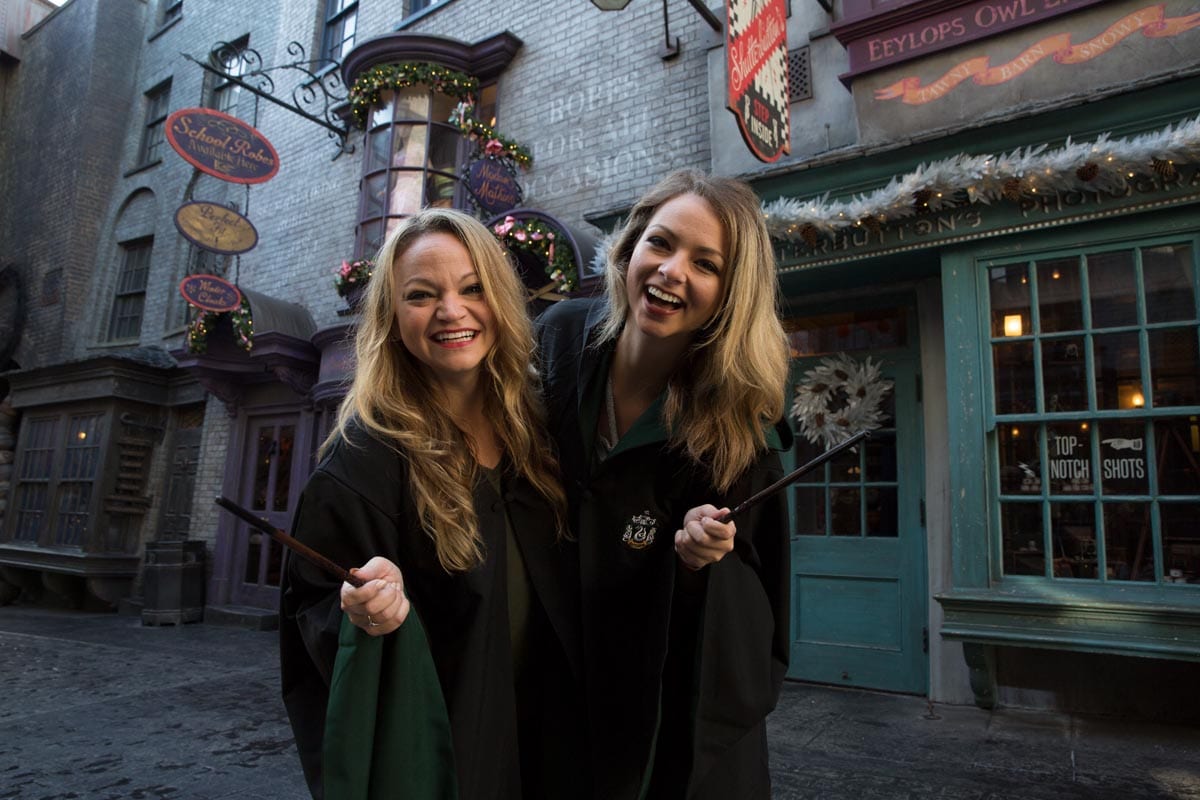 The Wizarding World of Harry Potter Guide: Insider Tips and Secrets for 2021

A Vacation From Vacation