By my watch, it’s Friday afternoon and that can only mean one thing for the vast majority of folks sitting in offices and cubicles and ergonomic desk chairs — no one’s doing anything! People are watching the clock tick slowly ’til 5 (or 6…) rolls around. How about some pretty photos to pass the time? 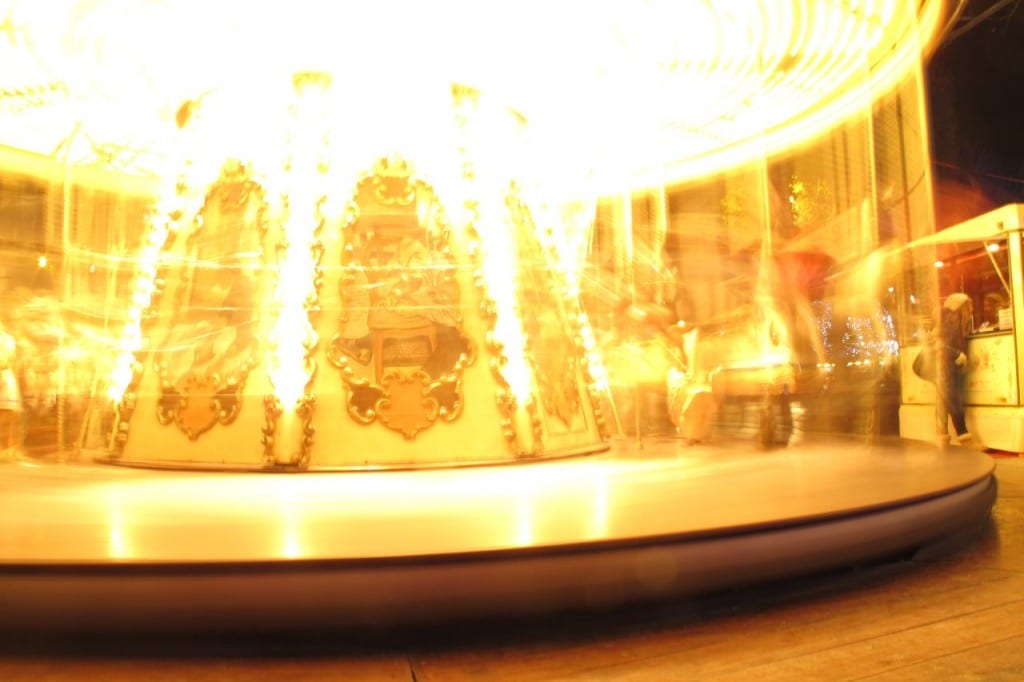 The City of Lights never disappoints, does it?

Despite a chilling breeze, I spent hours wandering the Christmas markets at the Champs-Elysees, where I found this bright carousel spinning with the same energy I felt in the festive crowd. Sipping overpriced mulled wine and hot chocolate and catching up with family in the midst of the hubbub introduced me to a side of Paris I’d never seen in my past visits.

I always thought Paris was a town best appreciated in the warmth of spring or early summer, but something about the crisp air, the scent of brewing coffee and the distinctly Parisian way of parading about the shops certainly gave me a reason to reconsider. Paris glows all year round. 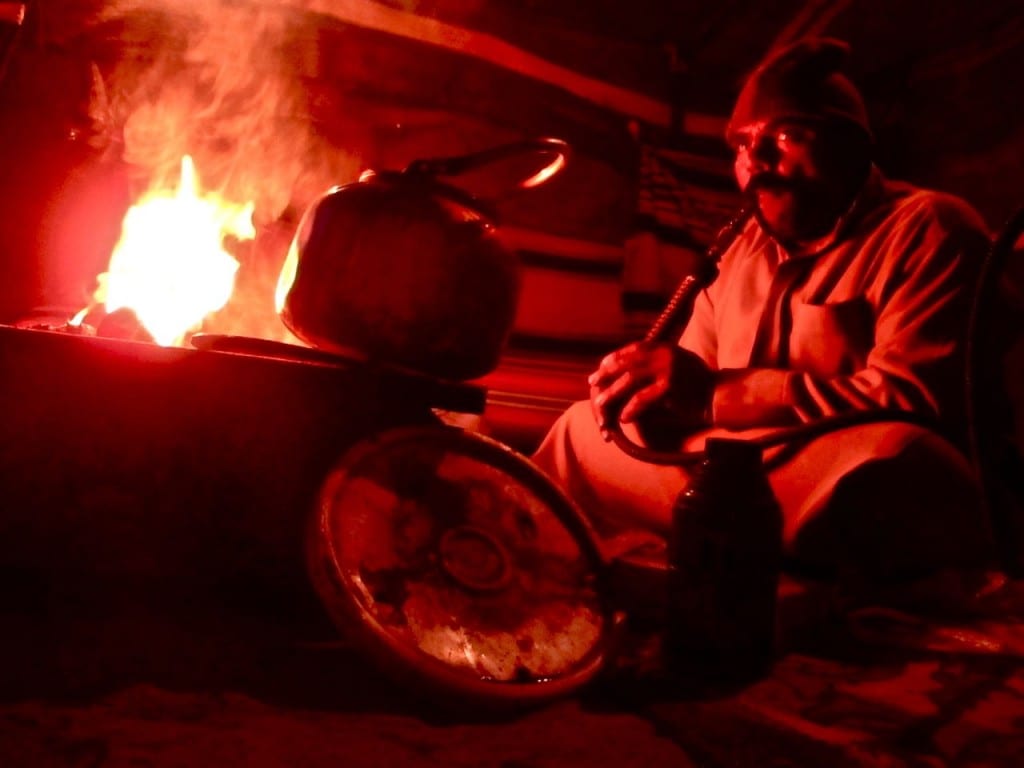 Nothing went as planned on my visit to Wadi Rum. I’d been so excited to spend time in the Jordanian desert, ride a camel at sunset and sleep under the stars… and then for heaven’s sake — it rained the whole time! RAIN! In the desert. Just my luck.

Disappointed, I sought solace and shelter in a tiny, open-ended tent with a glowing fire, a handful of Bedouins and their shisha. From my cozy perch on a cushion on the floor, I half-dozed and half-listened to them tell stories in thickly accented English, occasionally stopping to comment in Arabic, often punctuating their tales with hefty, body-wracking laughter. I didn’t spend any time wandering the desert, and my only photos from Wadi Rum come from the night I spent telling stories with the Bedouins, but something tells me that’s ok. 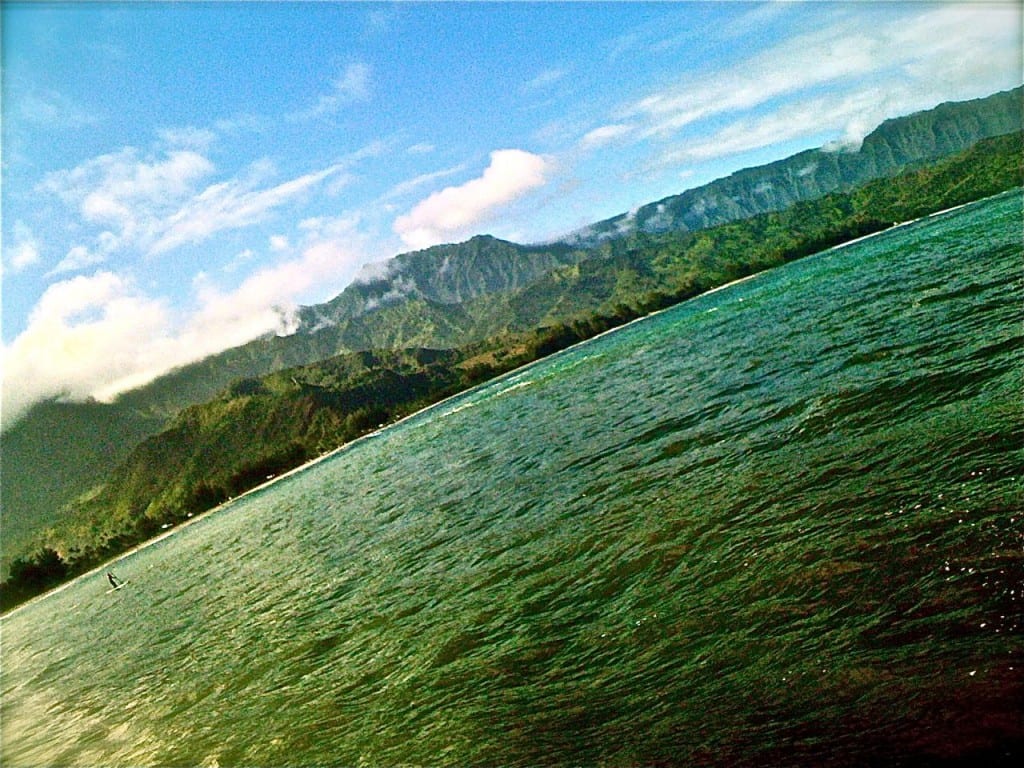 Long before I quit my job to travel full time, Kauai was my “I’m overwhelmed with NYC!” escape plan. The long flight was nothing when I imagined what awaited on the other side of LIH baggage claim – the fragrance of tropical blooms heavy in the air, the ever-present threat of pleasant, thunder-less downpour, the emerald waters of the North Shore and the thick green blanket of vegetation that covers the island. The verdant landscape is no surprise when you consider the world’s wettest point is found here – Mt. Wai’ale’ale gets more than 400 inches of rain each year.

Sitting at the edge of the pier on Hanalei Bay, looking left toward the hovering mountains and right toward the endless ocean, you feel at once like you’re an organic extension of both jungle and the sea. Sweet and green and fresh, ripe with possibility, and ready to grow. 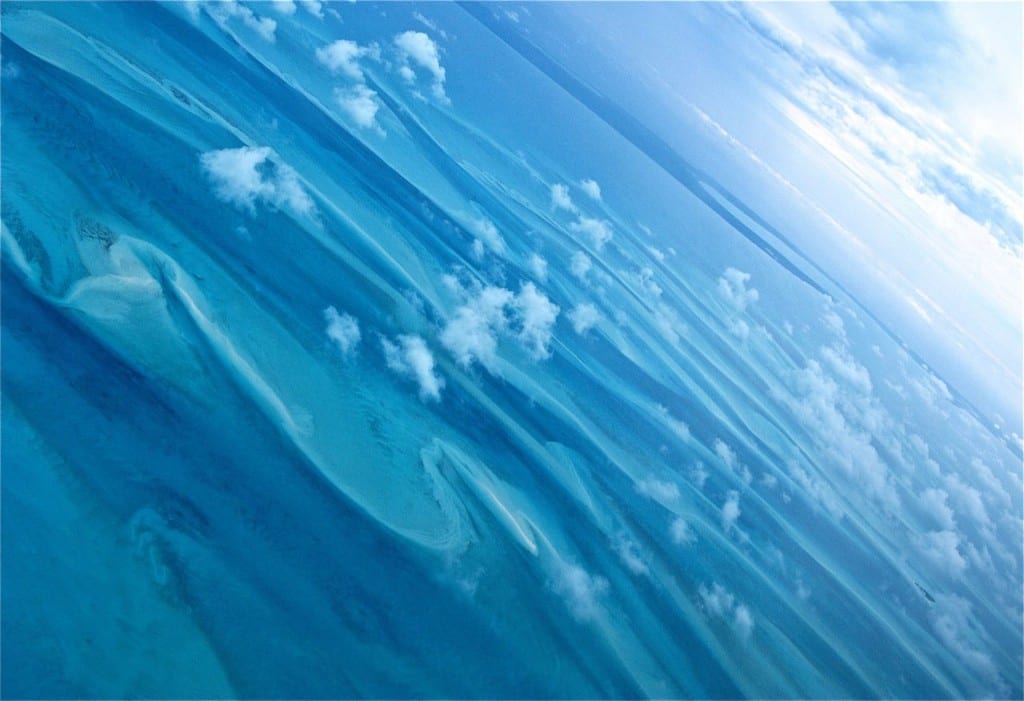 Taken from an itty bitty four-seater plane, I snapped this aerial shot on a work trip to The Bahamas. If ever there were a location that embodied blue and every iteration therein, it would be this nation off the coast of Florida. There are 700 islands and at least as many names for the cobalt-hued sea surrounding – blue, azure, sapphire, cerulean, indigo, ultramarine…

On the ground, it’s easy to get lost in the hospitality of the Bahamians, or to fall in love with the fresh seafood, or the intoxicating sea breeze or the white and pink sand beaches and their swaying hammocks. Flying above it all, suspended above the blue, there are none of these pleasant distractions, just you and thousands of miles of awe-inspiring swirls, tufts of clouds and spits of sand. 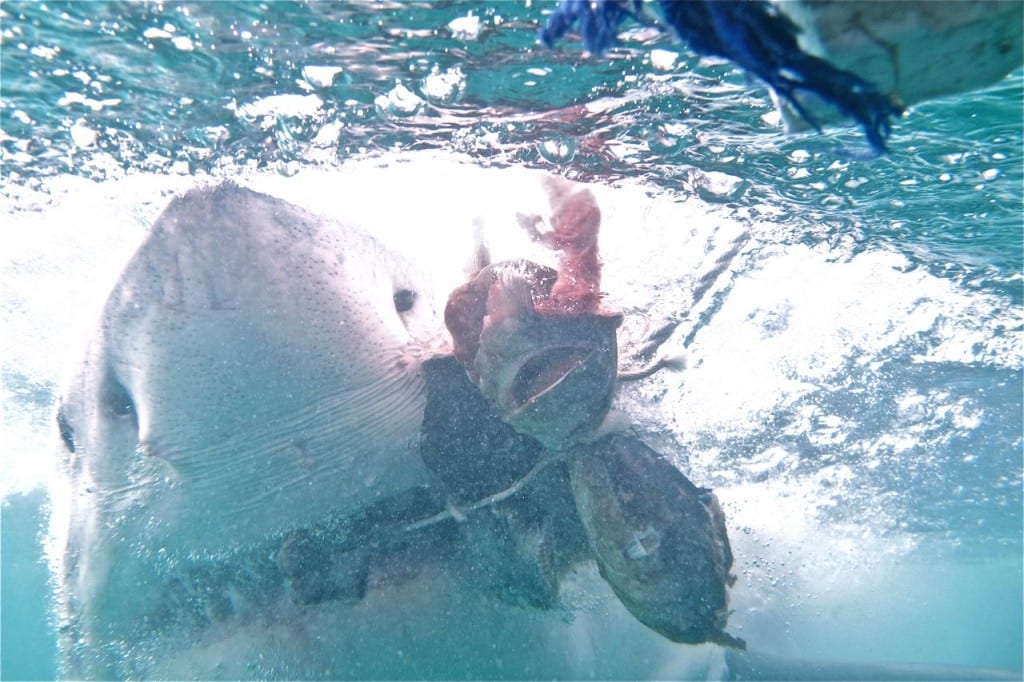 I’d say it’s pretty rare to capture the pearly white teeth of a Great White shark from eye level and live to tell the tale… that is, unless you’re in a cage off the coast of South Africa, clutching a Canon G12. A split second after I snapped this frame and instinctively kicked myself against the back of the cage, this toothy 12-foot wonder chomped onto the buoy directly in front of my face. You can’t see it in this shot because my hands were outside the cage, just between the buoy and the bars… dumb.

The Great White wasn’t the only white part of this experience. You should’ve seen my face.

12 thoughts on “A Technicolor Trip Through My Travels”