Driving in foreign countries isn’t really my cup of tea, especially in the ones who drive on the wrong side of the road. Back in my former days as a publicist, I drove rental cars full of journalists around The Bahamas, where they drive on the left, but only on islands without stop lights, stop signs or more than one other car on the road at a time. It didn’t really make a difference which side of the road I was on, actually, so if I got confused sometimes I just went right up the middle.

All that to say, I’ve never driven on the opposite side of the road in a place with real traffic. I considered going for it when I learned there was no inexpensive way to get from Cape Town to Hermanus, but I freaked out when I began to imagine the roundabouts I’d inevitably mess up and the 25-car-pileups and the international headlines about how much I stink at driving. So renting a car was out, and for safety’s sake, I ended up paying close to $100 for the ride.

My meltdown didn’t bode well for checking out the Cape Peninsula, which like everything in South Africa, is pitifully lacking in public transportation and thus requires a rental car. Lucky for me, I met a very nice German guy on my first Great White Shark cage dive and he invited me on a road trip to the Cape the following day. Win! 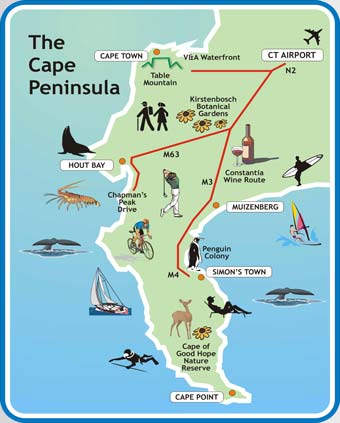 Funny enough, Christian works at a branch of one of my old PR agencies, so it was a treat to babble about PR and social media and advertising and the whole shebang. And if you’ve ever chatted me up about the industry, you know I can talk for hours. It’s a good thing we had the whole day! 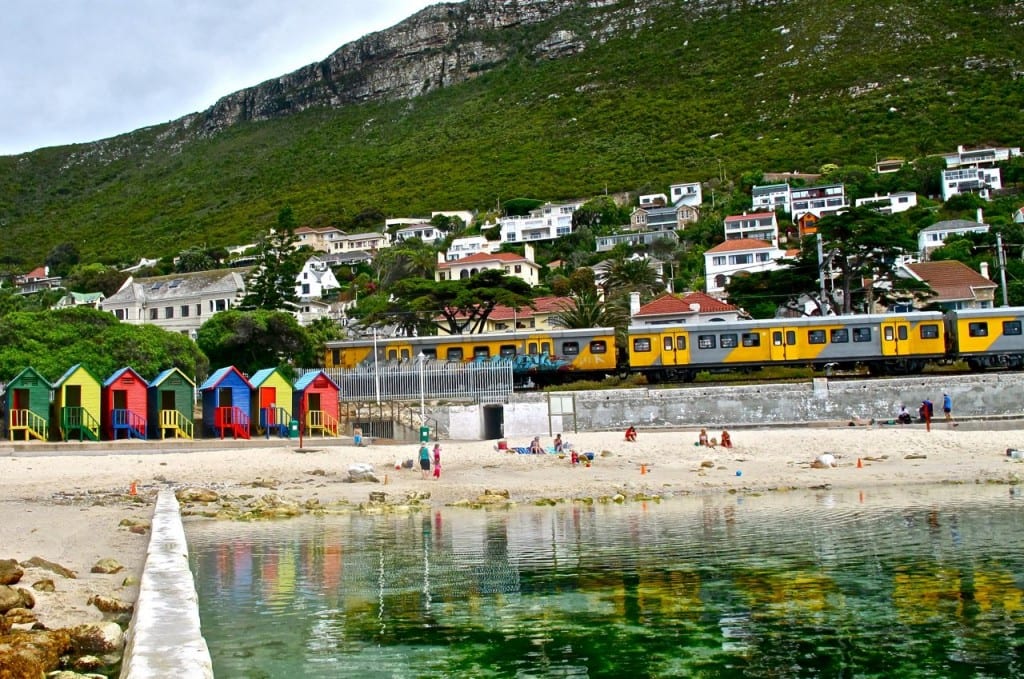 Christian picked me up from Greenways Hotel near the Kirstenbosch Botanical Gardens and we made our way to our first stop: Muizenberg, a beach-side suburb of Cape Town known as the birthplace of surfing in South Africa and home to colorful beach huts. 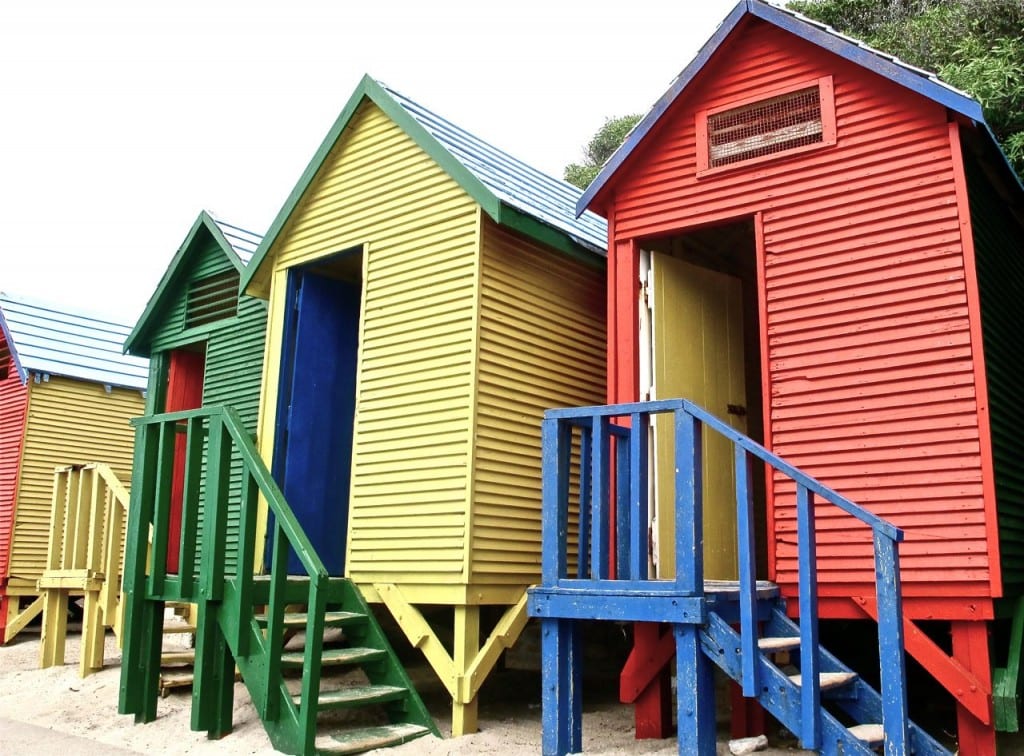 We made our way south after Muizenberg, with the penguins of Boulders Beach on our radar. On the way there, in Simon’s Town, we accidentally clipped an elderly man with the rental car – actually, the car clipped his cane that was sticking out a bit too far in the road. I know! Crazy, right?

After we stopped and made sure the guy was ok, we made our way to the penguins. There were a few dozen and they do what all penguins do – sit around, dig in the dirt a bit and stare into the distance. They’re not at all like cartoon penguins who tap dance, so don’t expect a show. Pfffft. 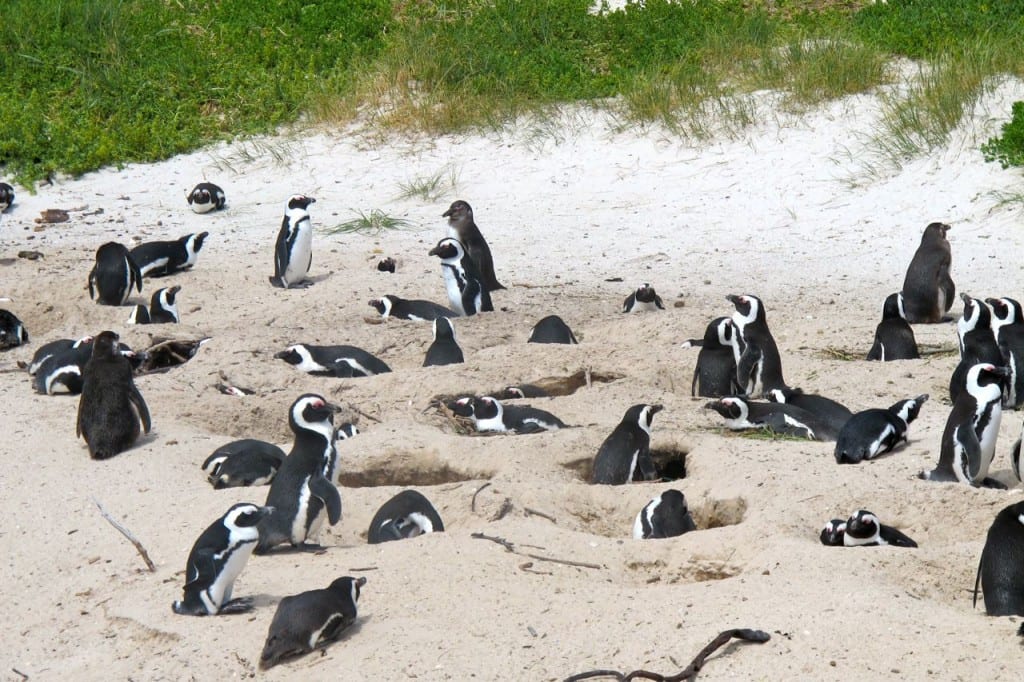 The penguins of Boulders Beach 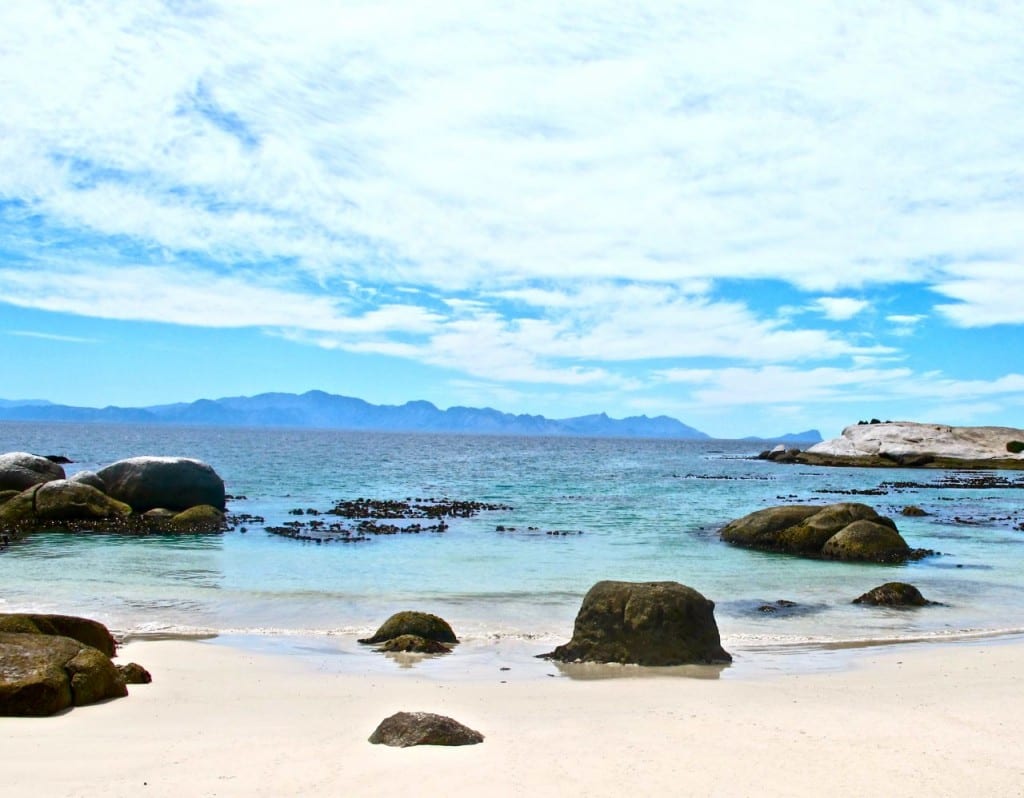 After lunch at Bertha’s in Simon’s Town, it was time to explore the Cape of Good Hope Nature Reserve. Ostriches, hartebeests, rheboks, cheeky baboons and even rare Cape Mountain Zebras wander throughout the park, and you can stop and take photos anytime you like. Who knew there would be so many exotic creatures so close to metropolitan Cape Town? 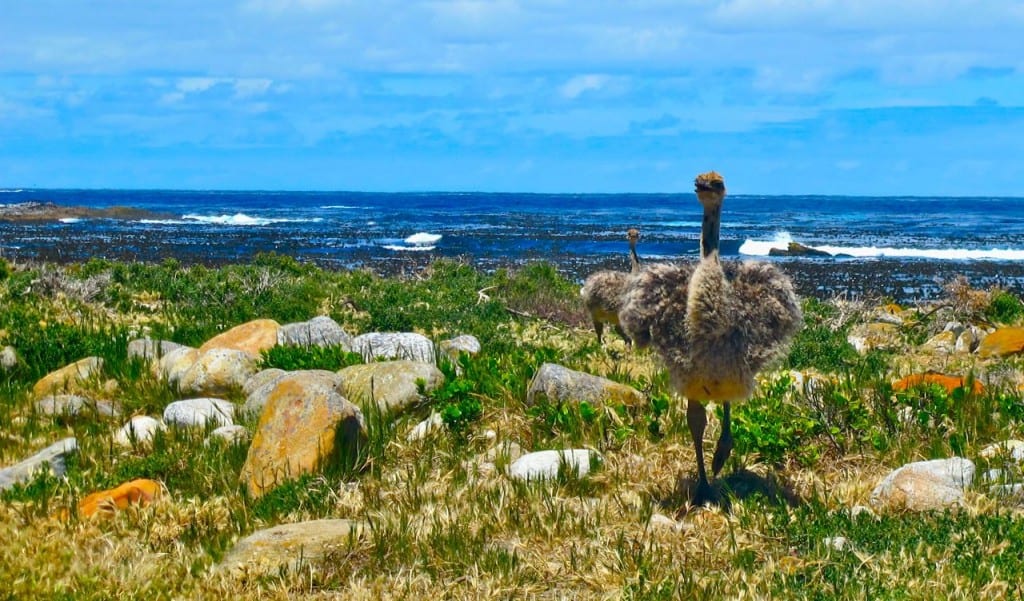 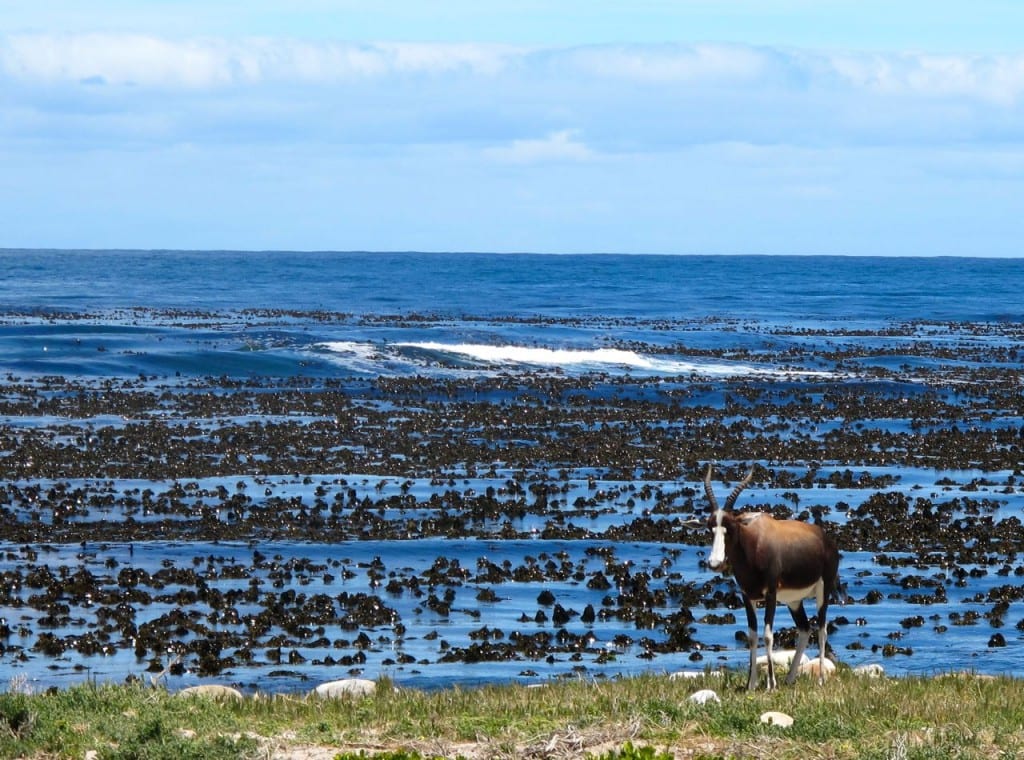 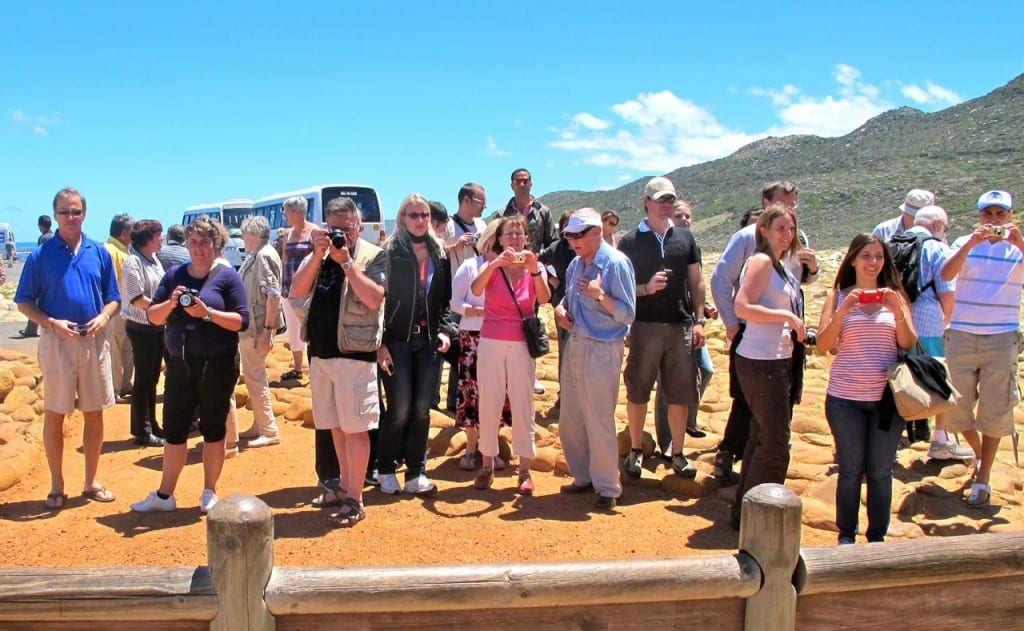 Our self-driven safari lead us directly through the wildlife to the Cape of Good Hope where we waited at least 15 minutes for a tour group of French tourists to cede access to the famous sign. 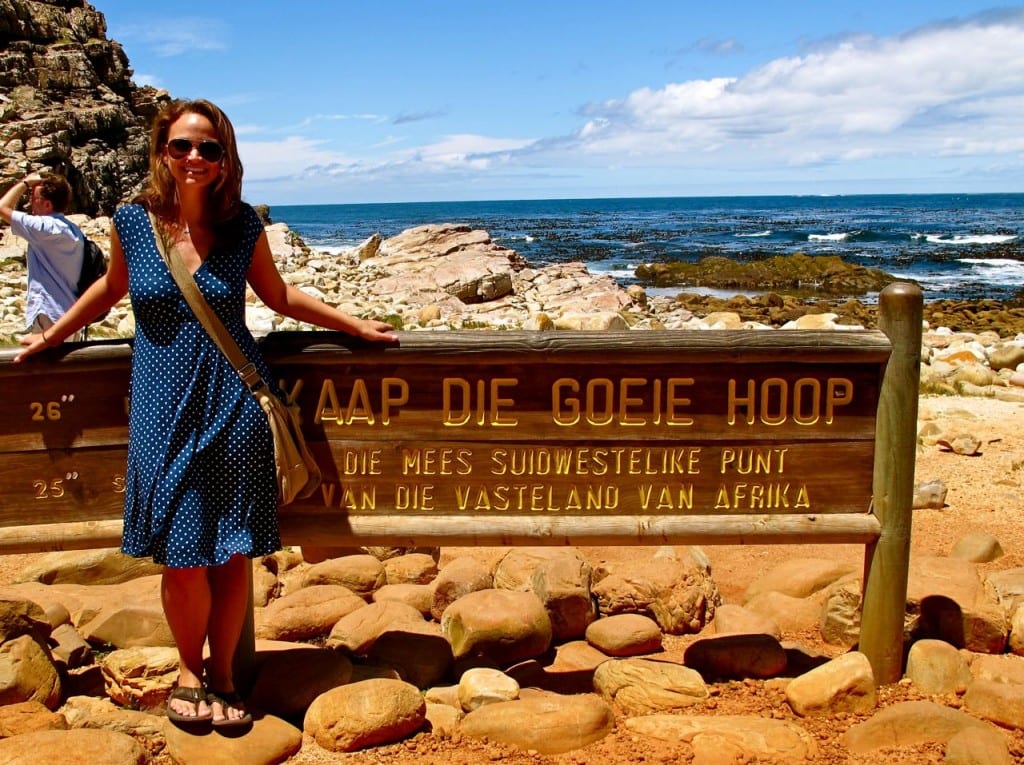 A bit of history: the Cape of Good Hope was originally known as the Cape of Storms, per Portuguese explorer Bartolomeu Dias, and it marks the spot where a ship begins to travel more eastward than southward.

Even after the massive onslaught of tour bus folks left, I could only manage a solo shot with the Kap de Gooey Hoop sign. The English sign just had too many people clambering all over it.

Still, out of the whole reserve of 20,000 acres, that was the only spot that was busy. Everything else was indigenous fynbos flora, or steep cliffs, or pretty kelp forests, or wide open blacktop. 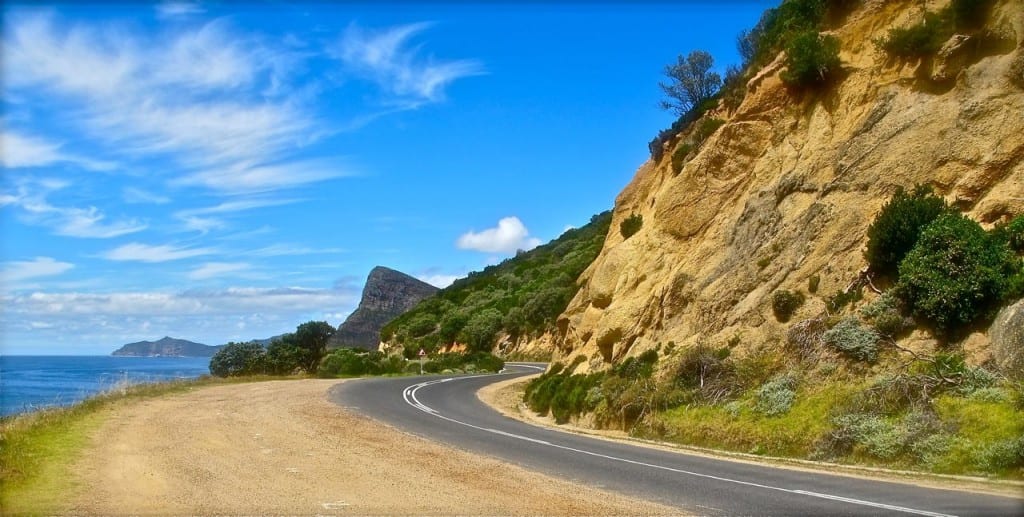 Road trips are the best, aren’t they?

One could definitely spend hours at the reserve, but we were eager to get back on the road, so after wandering around the tidal pools, snapping photos of critters and avoiding tour buses, we made our way up the western side of the peninsula. Christian was very excited to show me one particular vantage point. 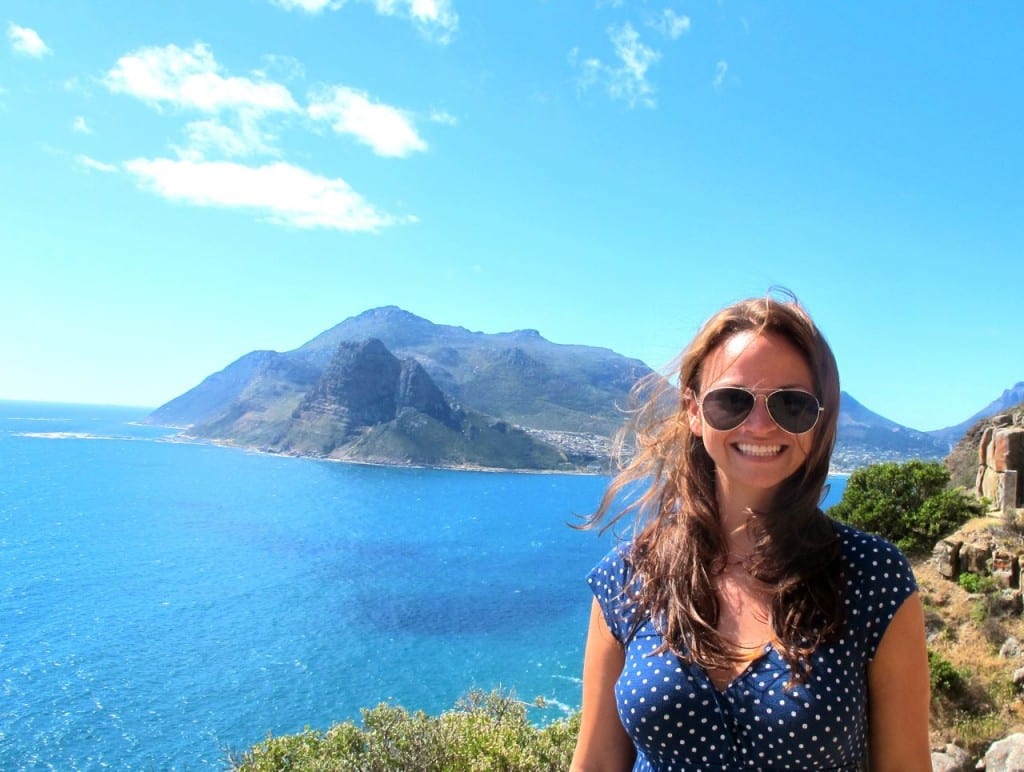 We left False Bay & the Cape of Good Hope and made our way up Chapman’s Peak Drive, a winding (winding – ha! That doesn’t do it justice) road on the Atlantic Coast.

It was a darn good thing I didn’t attempt to drive this 9 km route by myself. I’m scared to death of driving on hills and mountains, and would be doubly hysterical attempting to navigate its 114 curves on the left side of the road! (I blame my fear on a childhood in flat Florida.) Known as one of the most spectacular marine drives in the world, Chapman’s Peak Drive lived up to the hype… even if I was hyperventilating & gripping the armrest most of the journey. 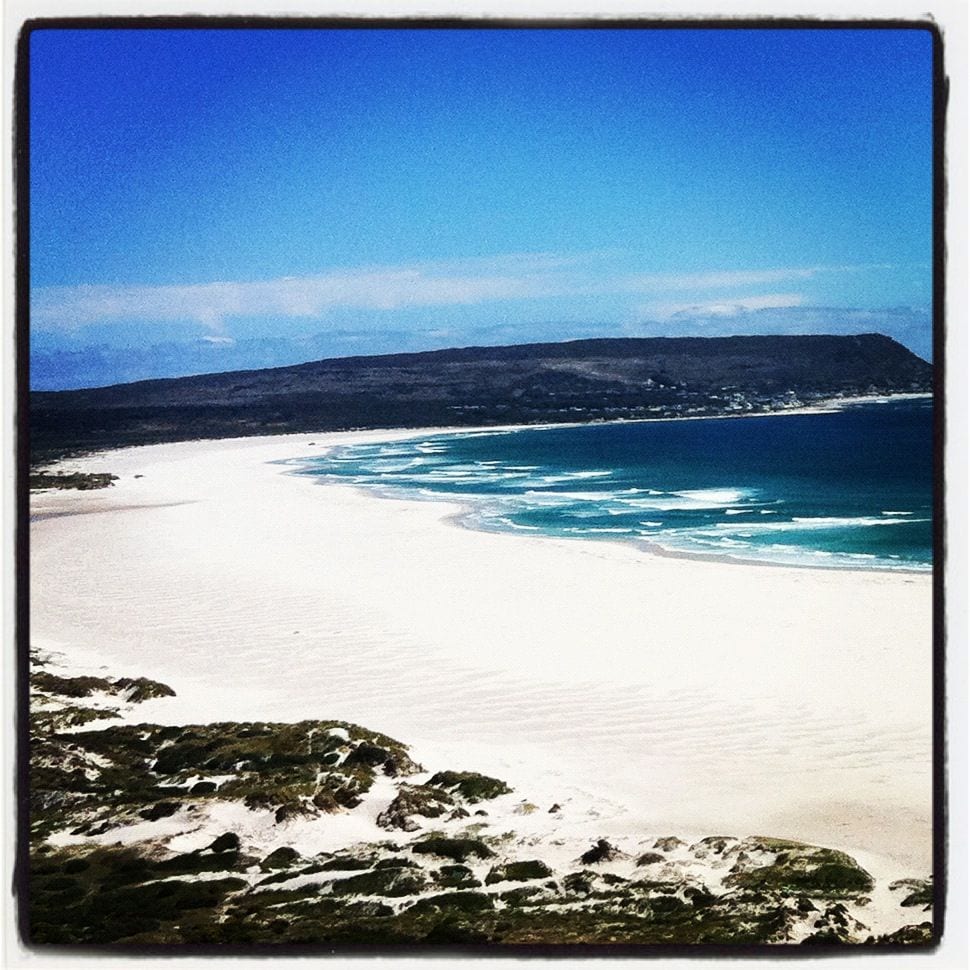 Any visit to Cape Town warrants a day trip out to the peninsula. I’ll hit it up in more detail the next time I go and maybe, just maybe, I’ll go hiking or catch a sunset at the Cape of Good Hope. Another reason to go back to South Africa!

Thanks for the ride, Christian!