Despite spending a good two weeks tutting around boutique hotels in Cape Town, South Africa, and even having shared an intimate meal with one of the country’s former presidents, I still don’t feel like I have the best grasp of the place. 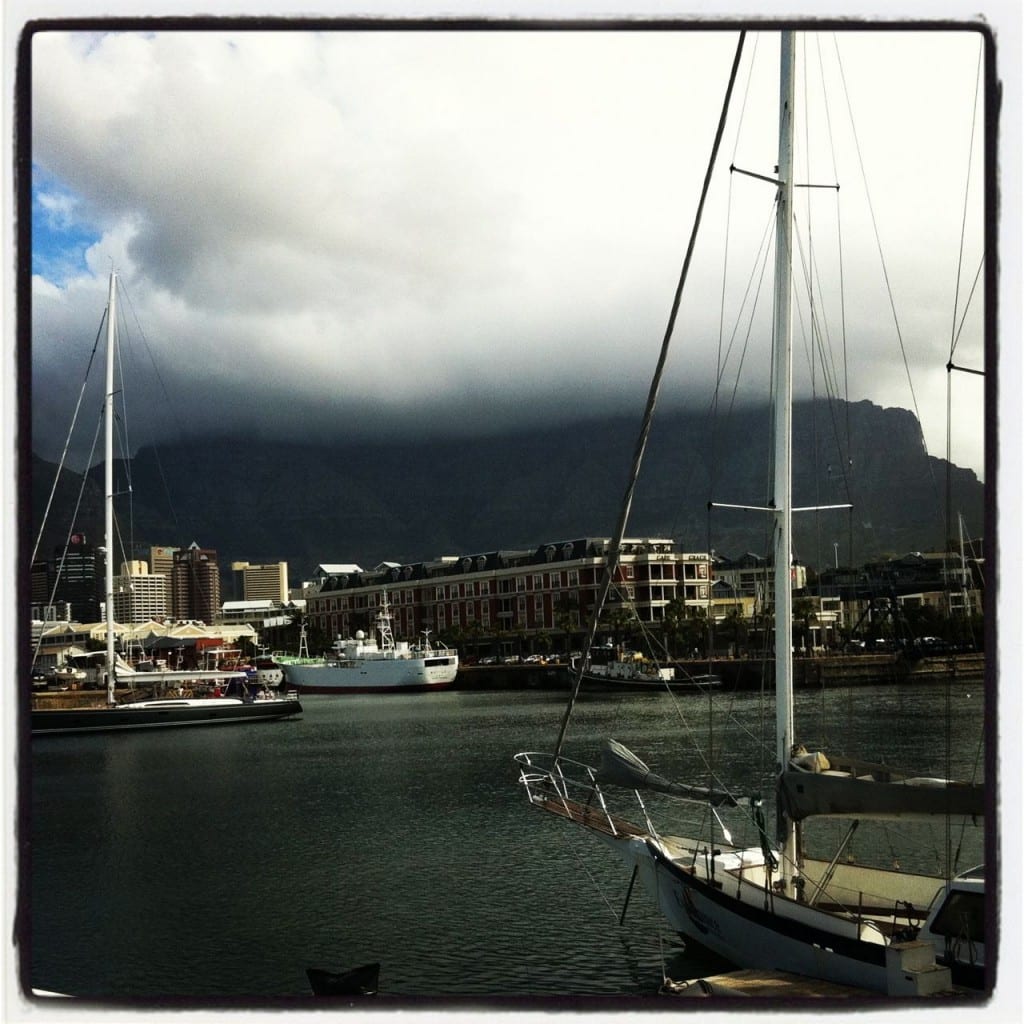 I blame part of my discombobulation on the country’s ever-changing political and social scene; after all, apartheid came to an end within my lifetime, so there’s still a great deal of upheaval teeming below the surface and it’s palpable to the average traveler.

Oddly enough, I also think the fact that iconic Table Mountain stayed hidden for days behind a drape of fog distorted my initial perceptions. 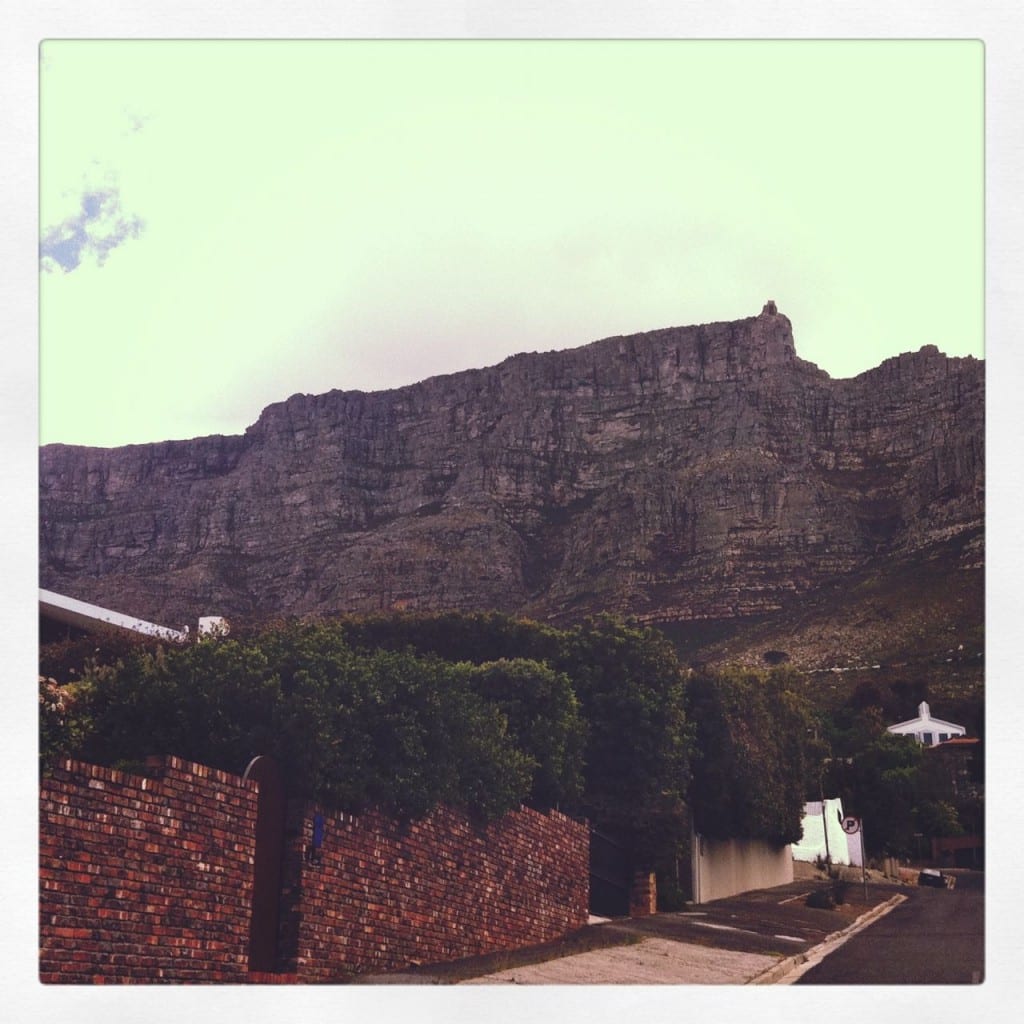 An overcast day in Cape Town

I never did get the chance to go to the top, as it was too windy when I had the time, and I had other plans when the weather was ok. I don’t mind though; it just gives me a good reason to return. 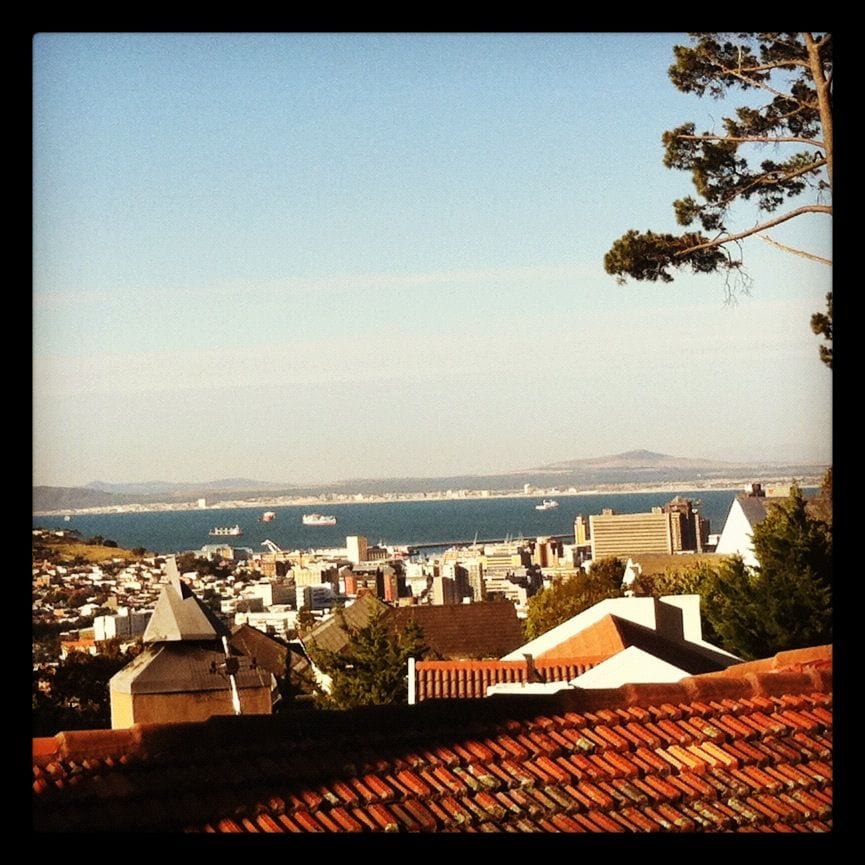 Taken from the base of Table Mountain

Though I don’t feel like I know Cape Town just yet, I did manage to see quite a bit of it – even without having rented a car. My wanderings took me all over town, from the seaside to posh neighborhoods to museums and historic buildings. First stop? The Victoria & Albert Waterfront. 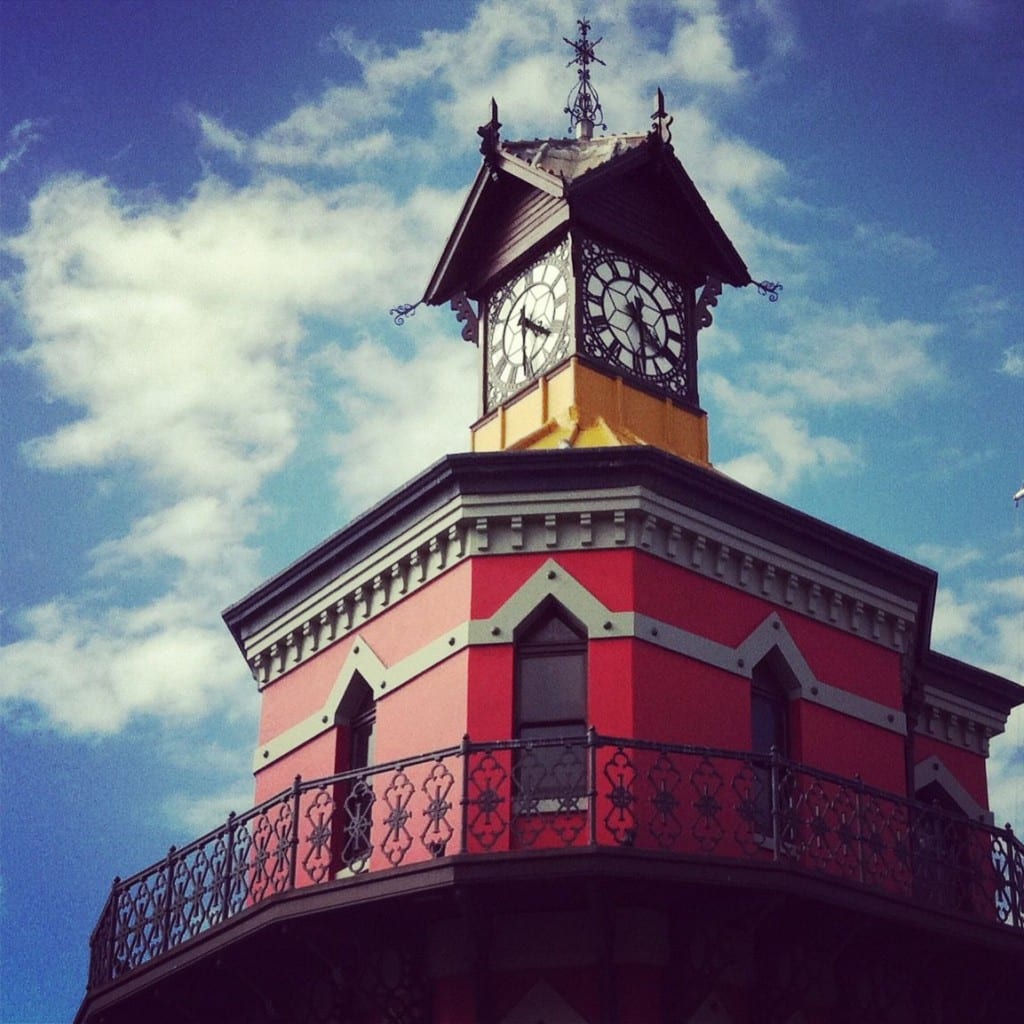 The Clock Tower is one of the most recognizable and historic landmarks in the V&A Waterfront area, featuring an old tidal-gauge mechanism on the bottom floor and a decorative mirror room on the top, which enabled the Port Captain a full view of all harbour activities. 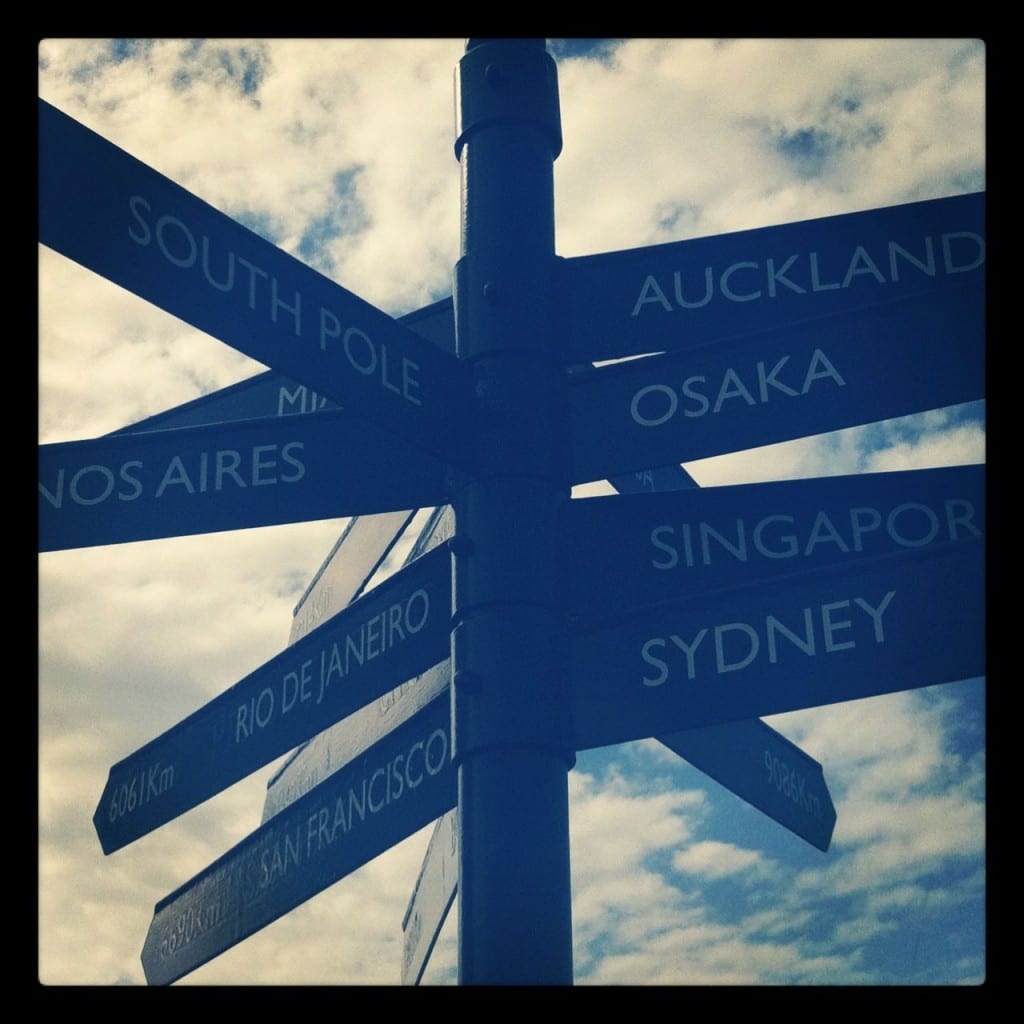 How I feel on most days 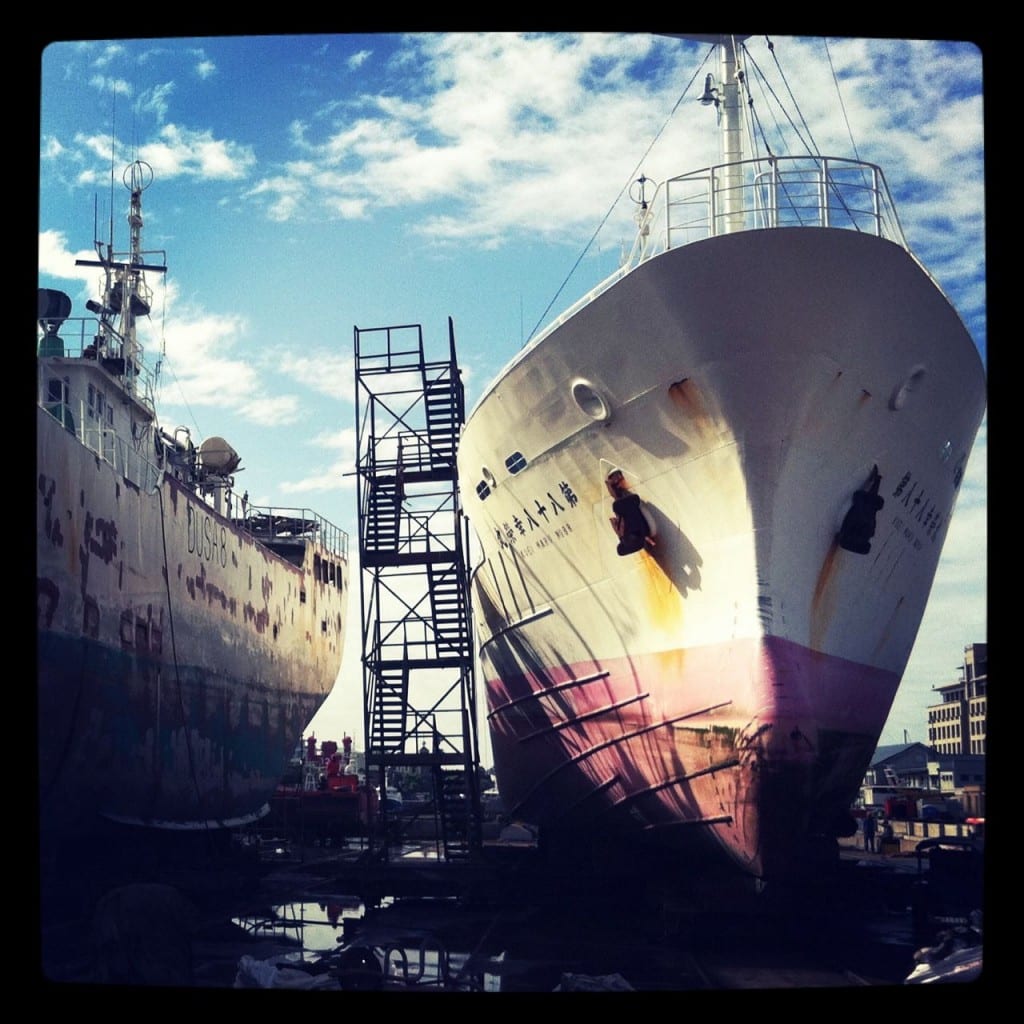 At the V&A Waterfront, life is all about shipping and shopping. 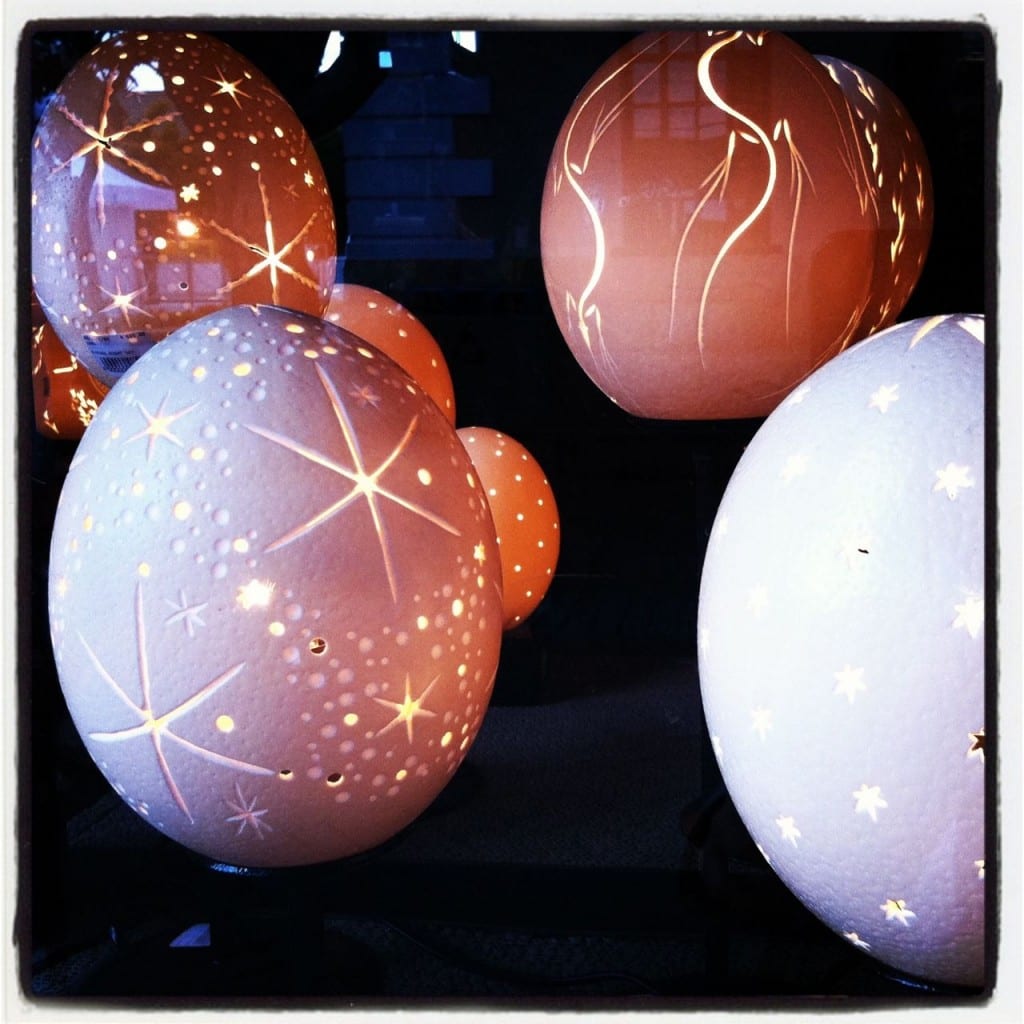 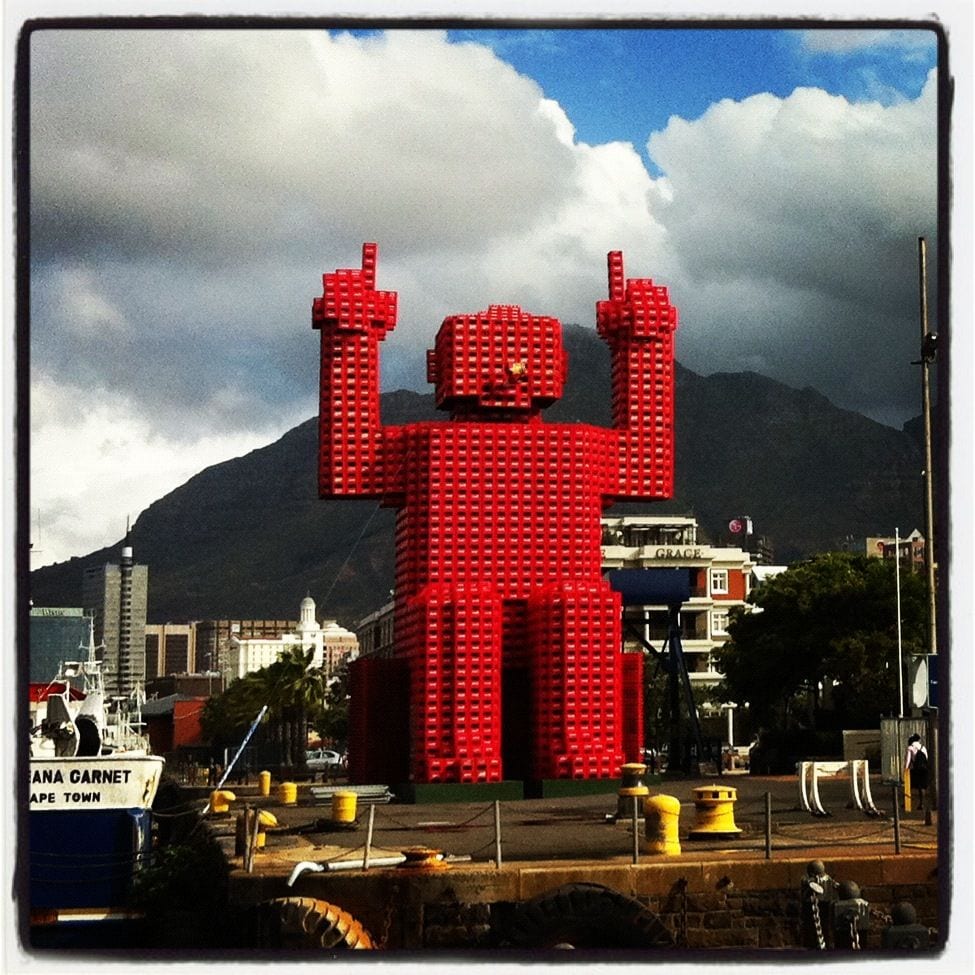 Built in celebration of the World Cup in South Africa, this giant fella is made from 4,200 Coca-Cola crates. His name is Elliott and I think he steals the show from Table Mountain just a little bit, don’t you? 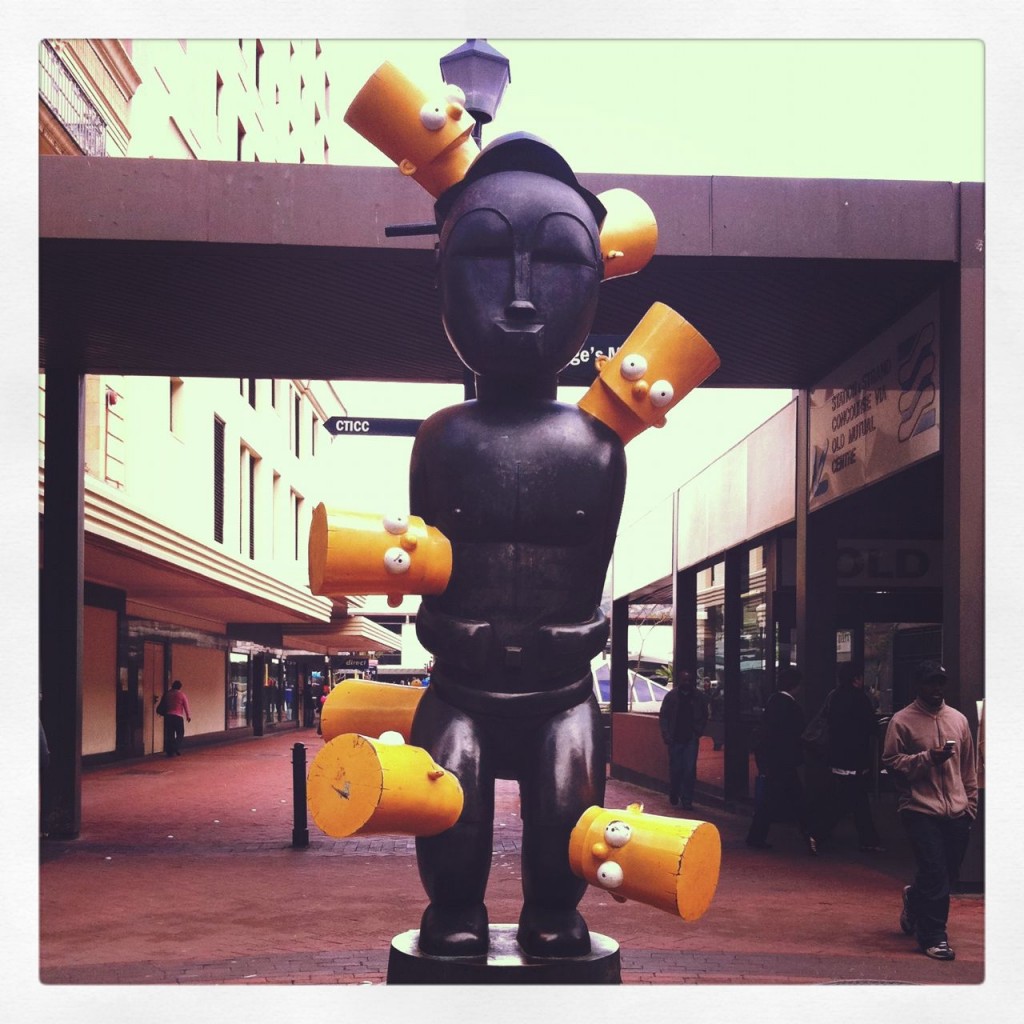 Maybe 15 minutes from the Waterfront, I came across St. George’s mall, a formerly congested city street-turned-into-a pedestrian shopping mecca and top notch people-watching spot. Aside from shops, buskers and restaurants, it would be impossible to miss Brett Murray’s famous Africa statue, because it’s covered in Bart Simpson heads. Ay caramba? 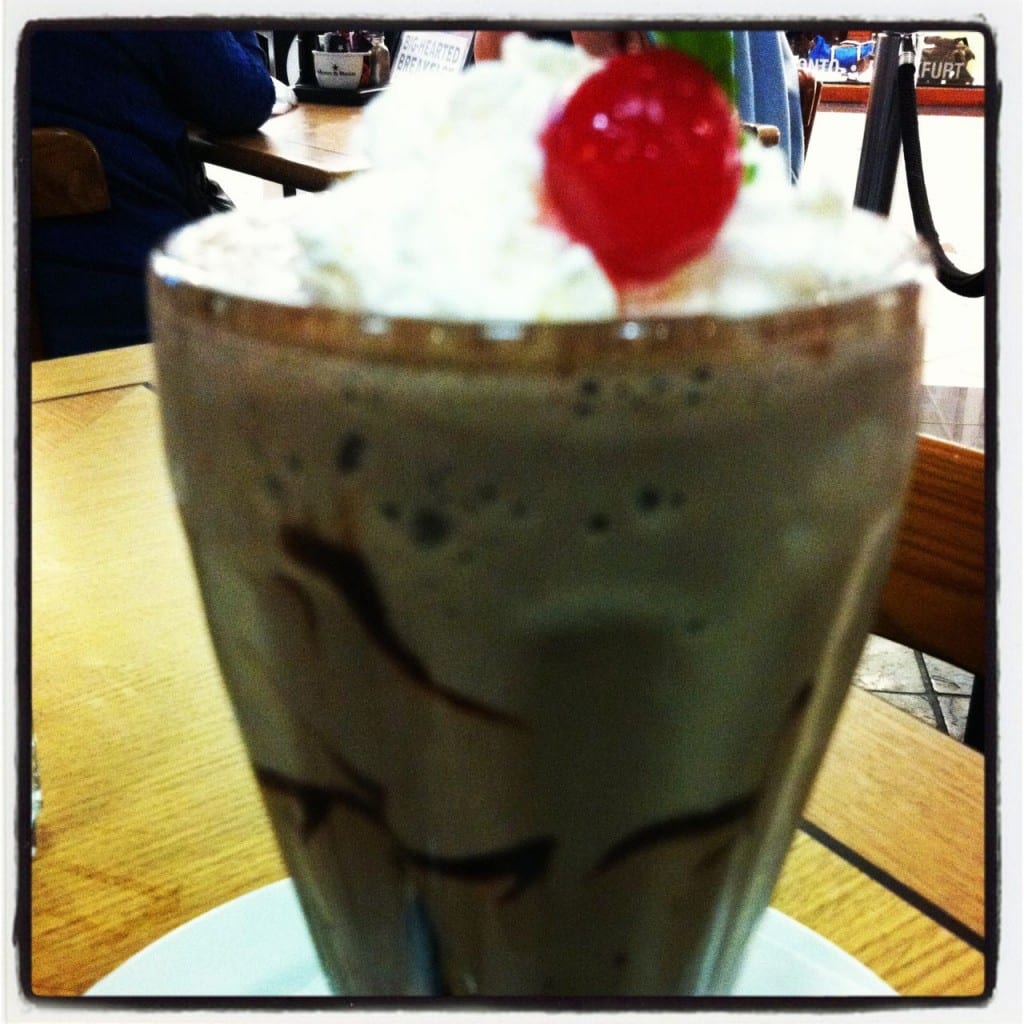 My milkshake brings all the boys to the yard

St. George’s is also a great spot to stop for coffee or something a little less practical. Like a triple chocolate milkshake. 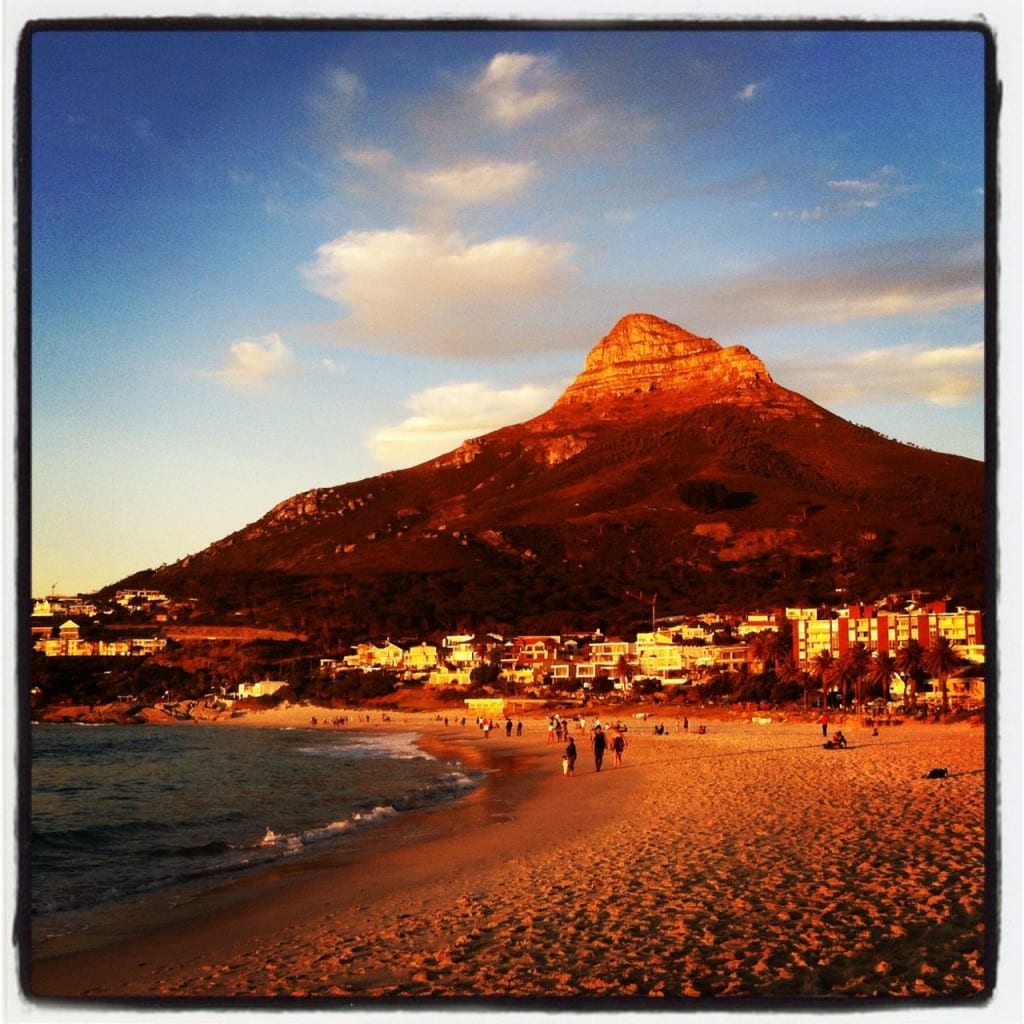 Toward the end of my South Africa visit, I spent a few days down at Camps Bay, a trendy, affluent suburb of Cape Town just around the corner. The long stretch of beach became my spot for many hours of retrospection on a year of travel. 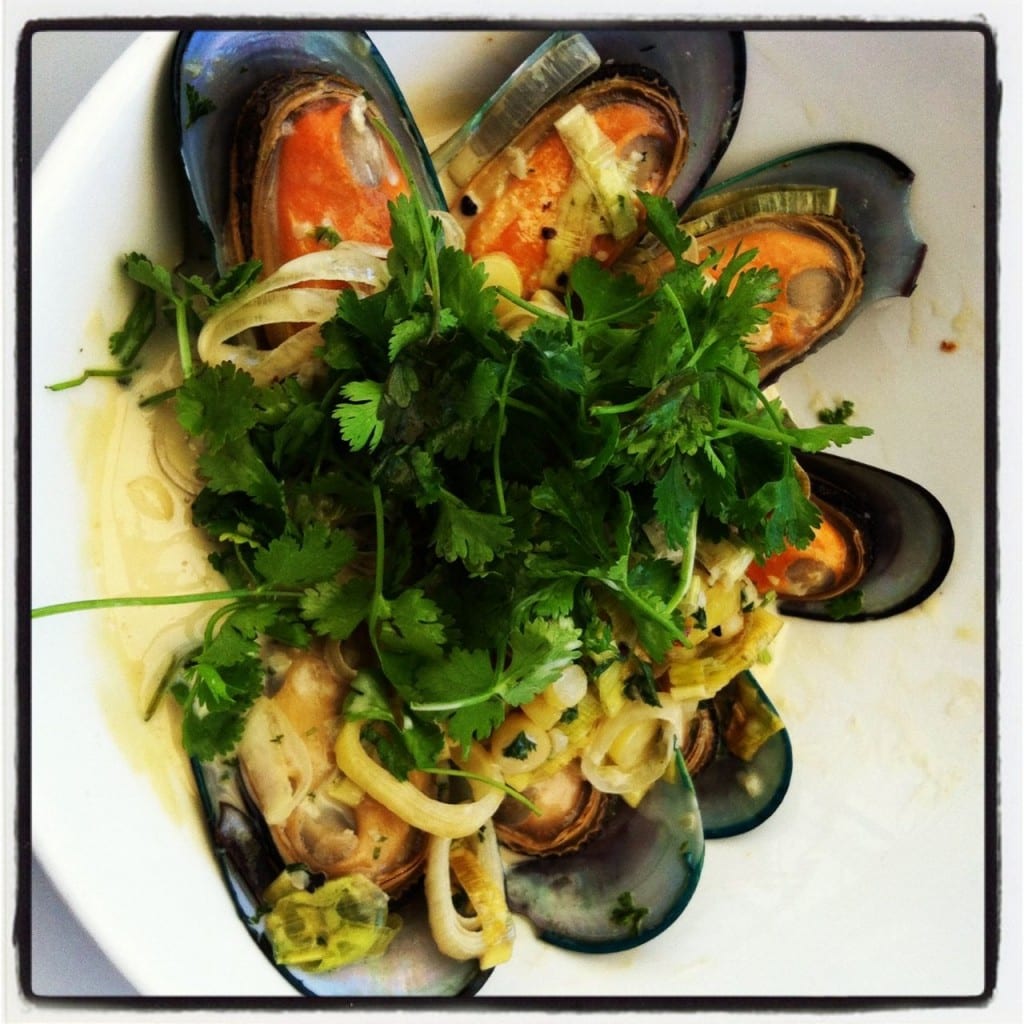 When I find a dish I like, I tend to go back to it over and over. I had these mussels four times in four nights, they were so delicious! If I’d stayed longer, I might’ve tasted all the rest of the food along the beach, but I couldn’t help myself. Don’t they look yummy?! 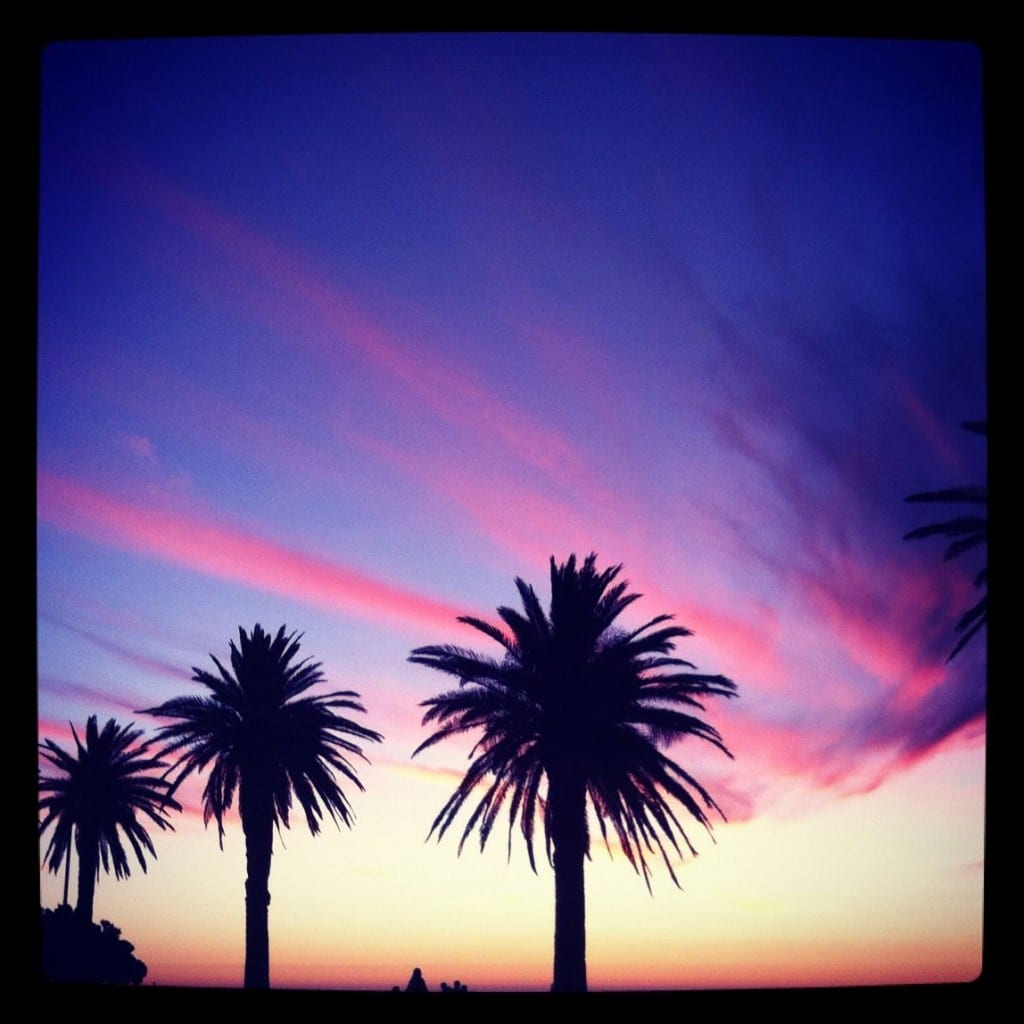 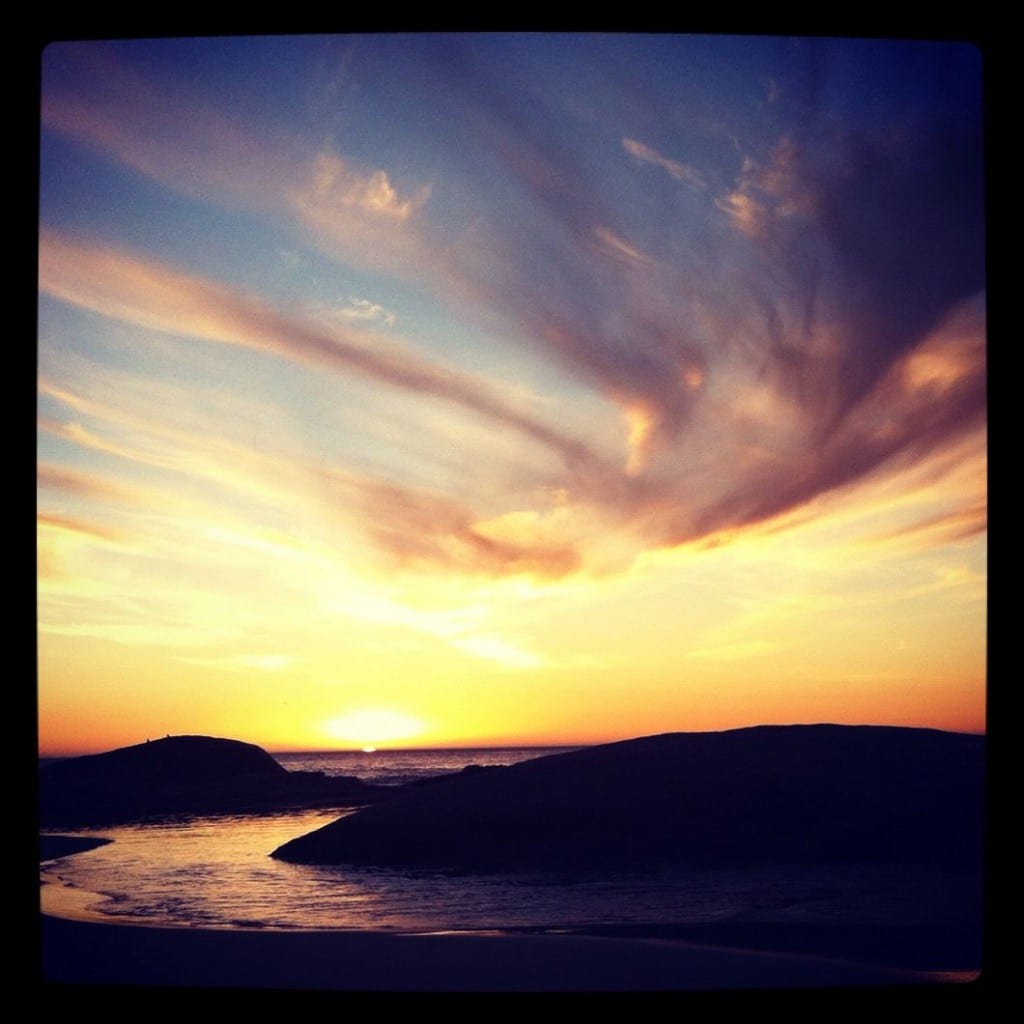 My main takeaway from two weeks in Cape Town? I’ve just got to go back. There’s just too much to do and see… and I wouldn’t mind having those mussels from Camps Bay just one more time.

What did I miss? What should I add to my list for next time?