“You may have the universe if I may have Italy.” – Giuseppe Verdi

I’ve just spent an unexpected week in Bologna at Blogville, an innovative project dreamed up by Kash of Budget Traveller, Melvin from Travel Dudes and the Emilia Romagna Tourism Board. The concept of Blogville is to provide a home base where writers can pop in for a few days or more, make themselves at home, cook together and explore the rest of the Emilia Romagna region at leisure. The tourism board provides the accommodations, local ingredients in the kitchen and tours as a way of sharing the region with bloggers who might not get a chance to visit otherwise. (From my perspective as a former travel publicist, I think it’s genius and won’t be surprised to see other tourism entities and DMOs following suit in the near future.) 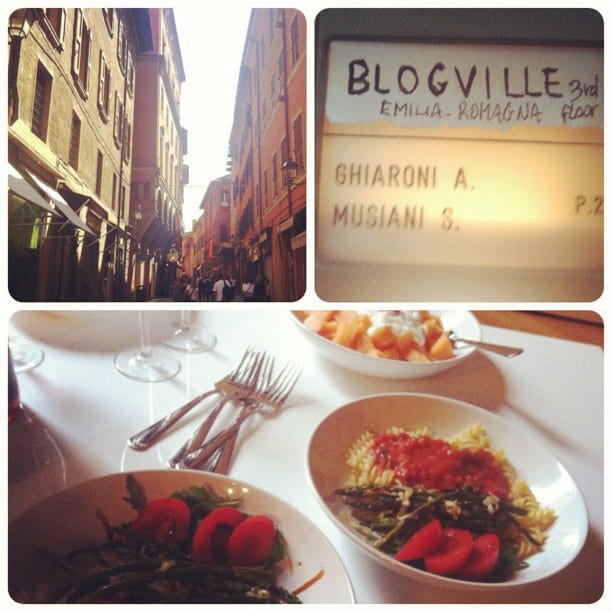 But how did I end up there? It certainly wasn’t in the plan. (Anyone else noticing a theme in my life? Plans are so 2011!) I woke up on my last day of scheduled Travel Bloggers Unite activities with no inkling where I might end up that night. Fortunately, TBU was chock full of last-minute plan-wingers like me, so in about 5 minutes it was determined that a rough-and-tumble pack of us would head north a few hours to Bologna, where we’d help Kash kick off the first night of Blogville. I expected to remain for two nights at the Art Hotel before heading to the Leaning Tower of Pisa or maybe a spa in Switzerland or outer space, perhaps. 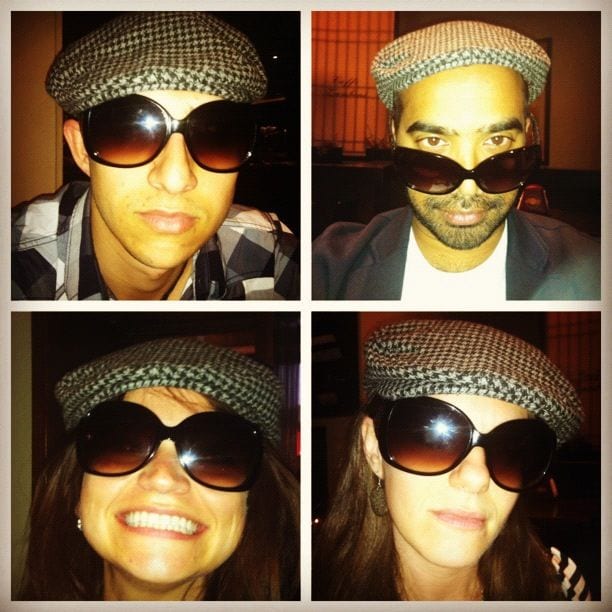 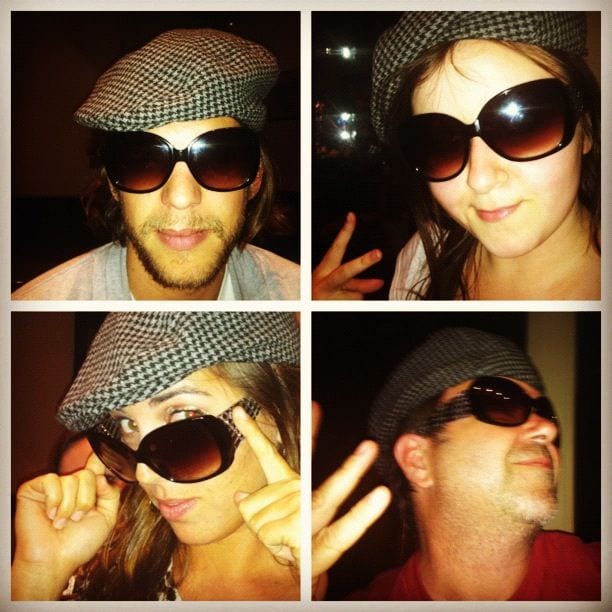 Two days passed and I was still in Bologna, lurking around Blogville and making friends with all the roomies. When Jodi & I were invited to crash at the apartment for a night or two, the housemates shuffled beds and made space for us in the loft above the living room. Never were squatters made more comfortable! But still I planned to leave in a few days…

I don’t know if it was the way the light streams over the uneven stones paving the street or the famous Italian hospitality or just the promise of a cozy bed surrounded by folks that get me… but it wasn’t a hard sell to get me to stick around just one more day. 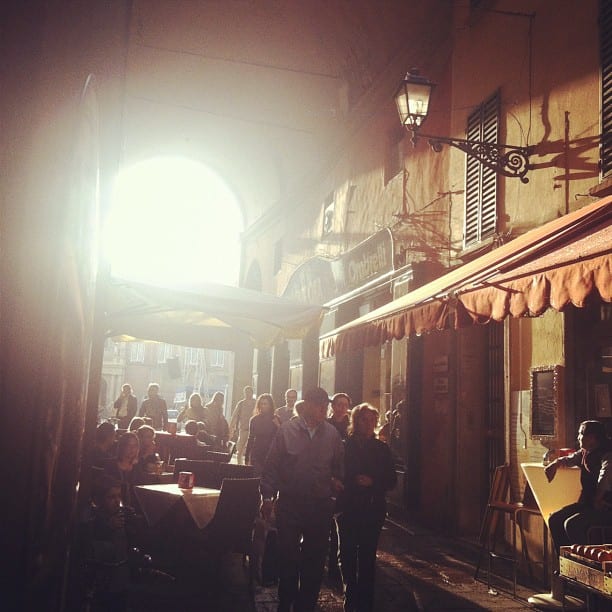 Then another. And then somehow it became a week. Suddenly I was the Mayor of Blogville on FourSquare and the resident with the most seniority. Pretty ridiculous for someone who was homeless a few days prior, eh? 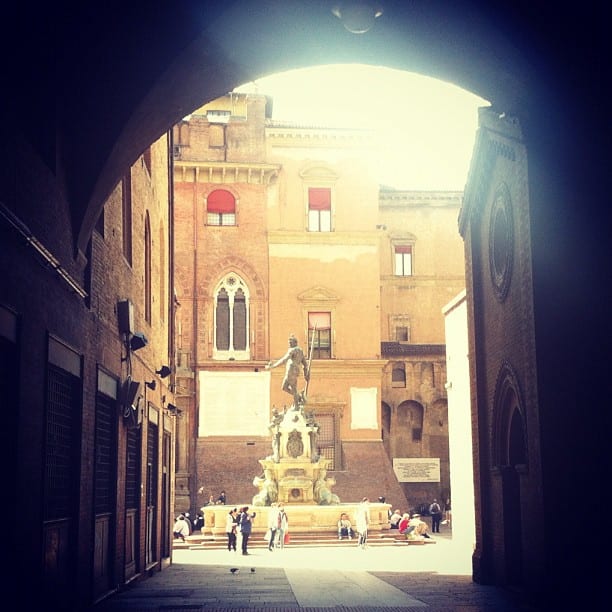 Blogville’s Master of the House, Nick, devoted himself to the revolving cast of roommates, taking us to all his favorite local spots. From the rustic bar jammed with communal tables where you bring your own picnic to the apperitivo joint with all-you-want couscous, tapas, finger sandwiches and tomato salad, Nick (a footballer/kind soul who could be Armani model – he’s exactly the kind of Italian guy you want to meet, you know what I mean?!) showed us Emilia Romagna not just from a tourism perspective, but with the pride of someone born and raised in the region. Unfortunately Emilia Romagna is sometimes overlooked by travelers in favor of silver screen star Tuscany, ancient Rome or Clooney hideaway Lake Como, but Blogville gave me the opportunity to explore this less visited Italian destination. 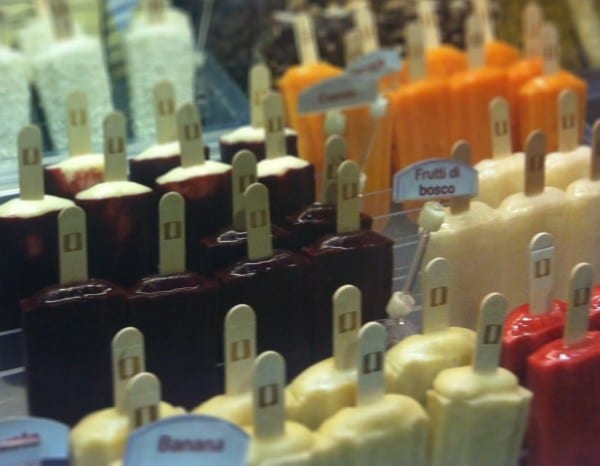 Bologna’s extensive historic foundations and current youth culture form a seamless juxtaposition, with miles and miles of arched porticos, centuries-old towers and the oldest university in the world founded in 1088. Bologna is effortlessly approachable while still radiating that distinctive Italian glow that puts a soft, mysterious fuzz on everything — even when you’re not drinking local wine.

It could be 1476 or 1732 or present day, but you get the feeling that Bologna’s character is unchanged throughout history. 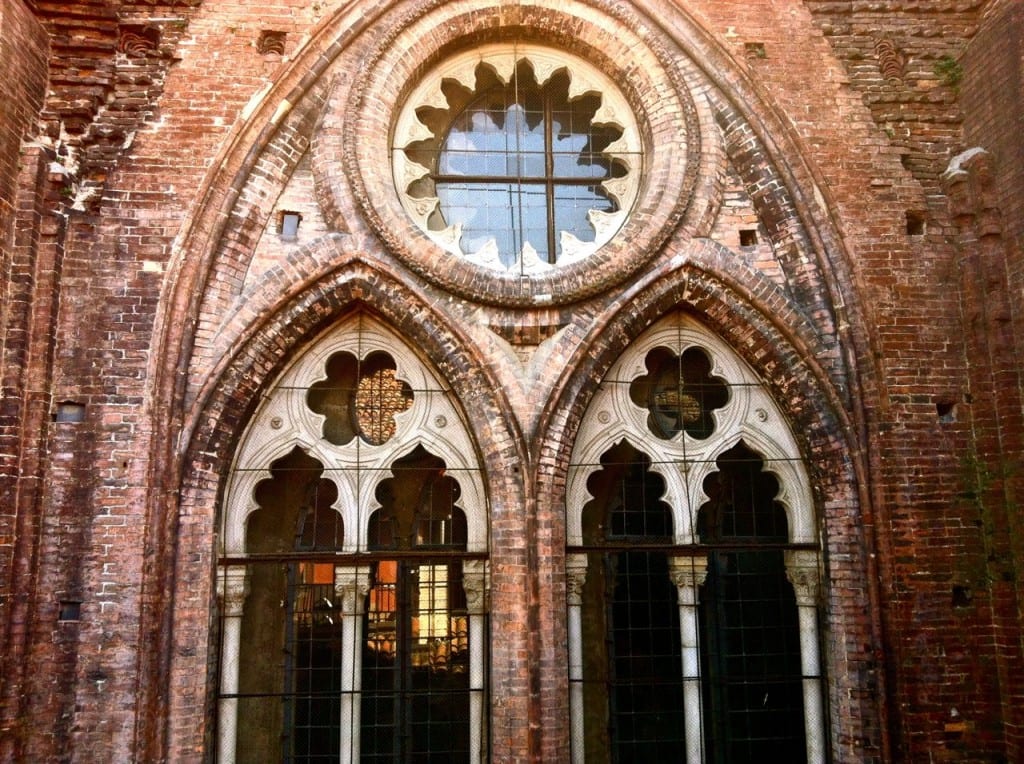 So what did I do for a week in Emilia Romagna? 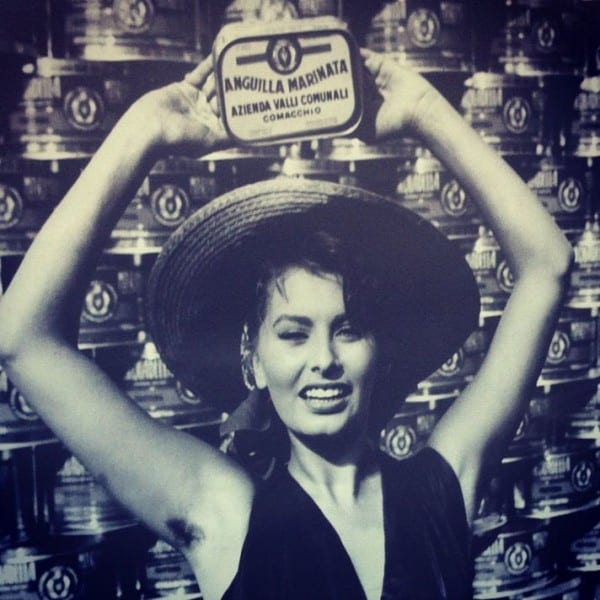 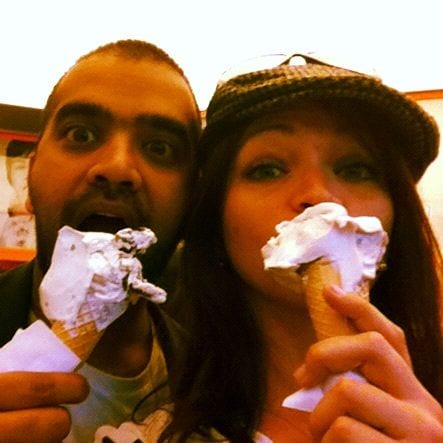 Gelato. Bird-watching in the Po Delta. Bicycling in a skirt. #AngieWeighs. 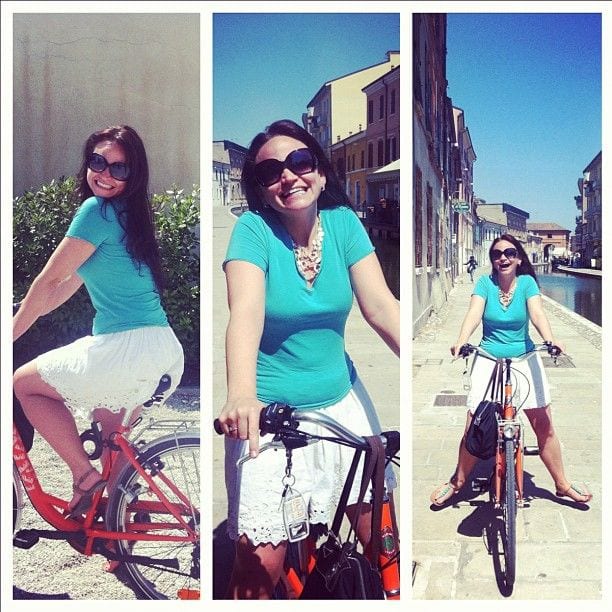 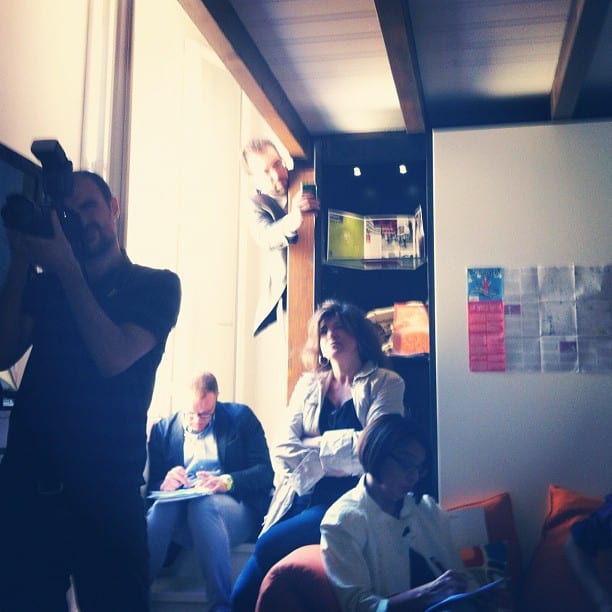 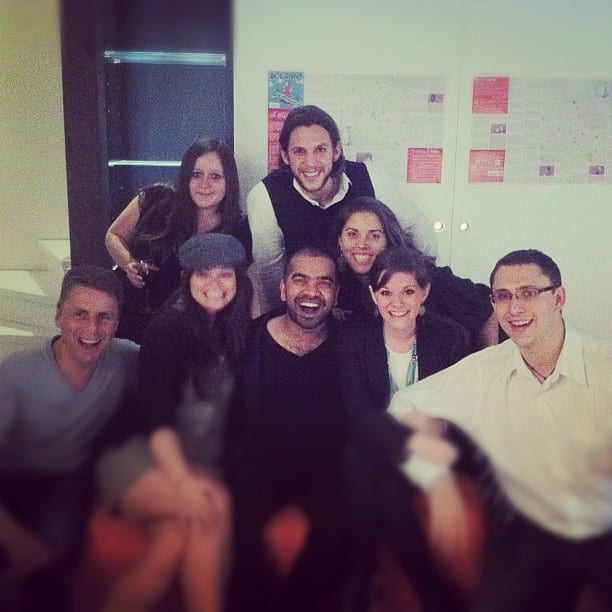 The warm Italian familiarity you hear about became second nature to everyone at Blogville. With up to eight people (some friends and some strangers) living in the apartment, sharing one shower (not all at one time – this isn’t MTV) and acclimating to a new environment and way too much food, we became a Bolognese family quite fast. The whole experience was effortless.

We cooked dinner together, coordinated shopping trips for huge blocks of Parmigiano Reggiano cheese, chunks of mortadella and tiny bottles of aged balsamic vinegar, and shared tips on favorite destinations, gelato flavors (BOLOGNA RIDE!) and WordPress plugins. Given the often exasperating nature of 2012 so far, my time at Blogville was as rejuvenating as it was fun.

Thanks to Kash for the invite, to Nick for the brilliant glimpse at life in Bologna and to the Emilia Romagna Tourism Board for reaching bloggers in a completely new way.

As I said at the press conference, “I know I’ll come back to Emilia Romagna. I haven’t eaten everything yet.”

We’ll return to Italy later in the journey… for now, back to our regularly scheduled programming and the next stop on the list: South Africa!