I felt very fortunate to be standing at Philae Temple, because it was almost lost forever in the name of progress.

The island of Philae once served as the Ptolemeic headquarters of the cult of the goddess Isis, attracting worshipers and pilgrims from all over the ancient world beginning around 370 BC. When the first Aswan Dam was built in the early 1900s, the original site was often flooded and many of its original bright colors were washed away.

And that was the almost end of resplendent Philae Temple. 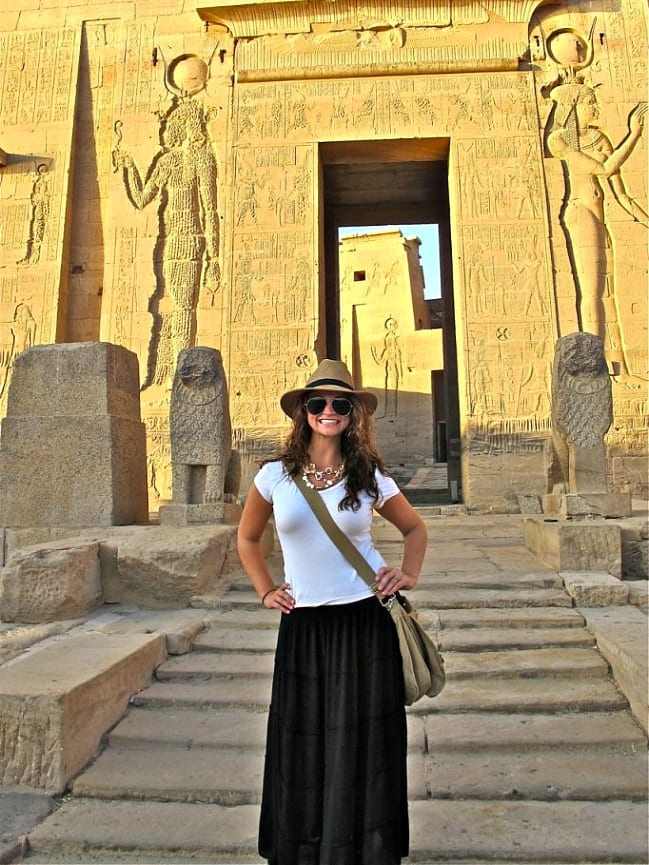 Almost! UNESCO swooped in from 1972-1980, spearheading a dramatic project to save Philae Temple. Engineers first created a dam around island and pumped the water out. They trucked out 22,000 pounds of mud. Then they carefully moved the temple, brick by brick, to the nearby island of Agilka. 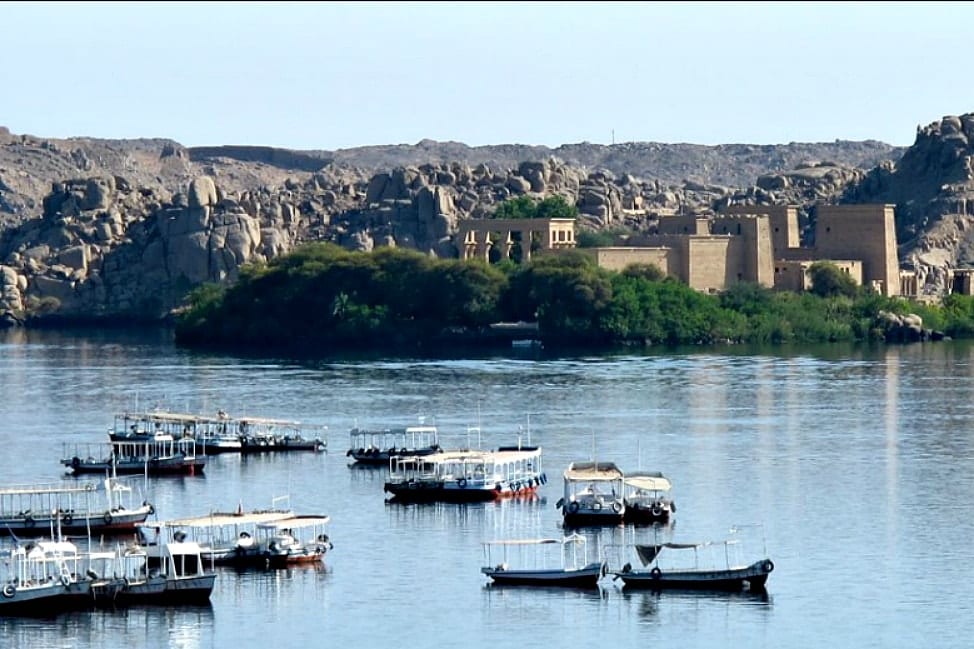 The temple as it stands now is reachable only by boat, and it’s never flooded. On site, you’ll find the relocated Temple of Isis, the Gateway of Diocletian and the Chapel of Osiris. 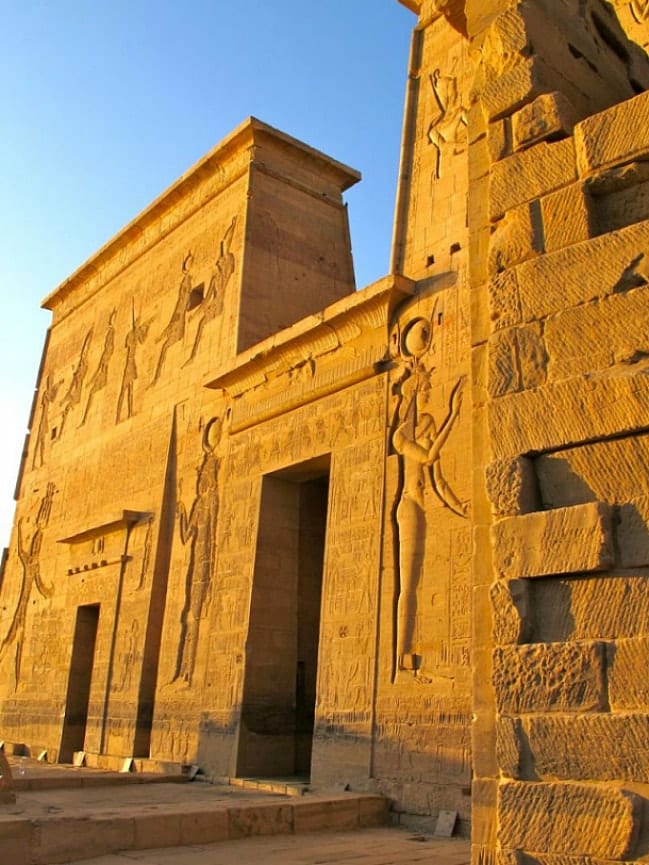 Philae Temple was one of the last holdouts of ancient Egyptian religion, surviving as an altar to Isis 200 years after the rest of the Roman Empire converted to Christianity. 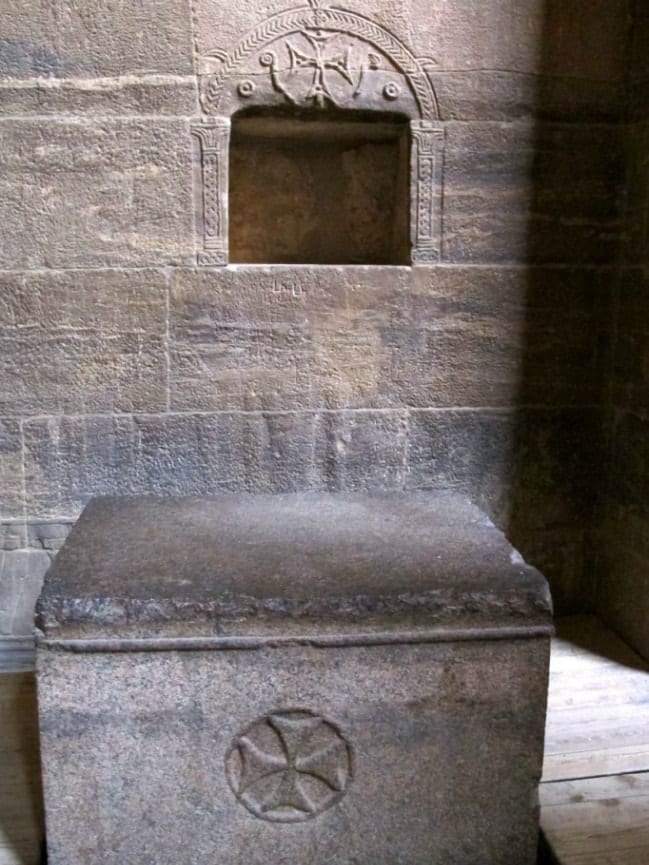 Emperor Justinian finally closed the temples to goddess worship in 535 AD and several of the chambers were converted for Christian purposes until Islam arrived in Egypt years later. Like so many ancient sites I’ve visited this year, Philae has been served as a worship center for several religions and the symbolism can be found throughout the ruins. 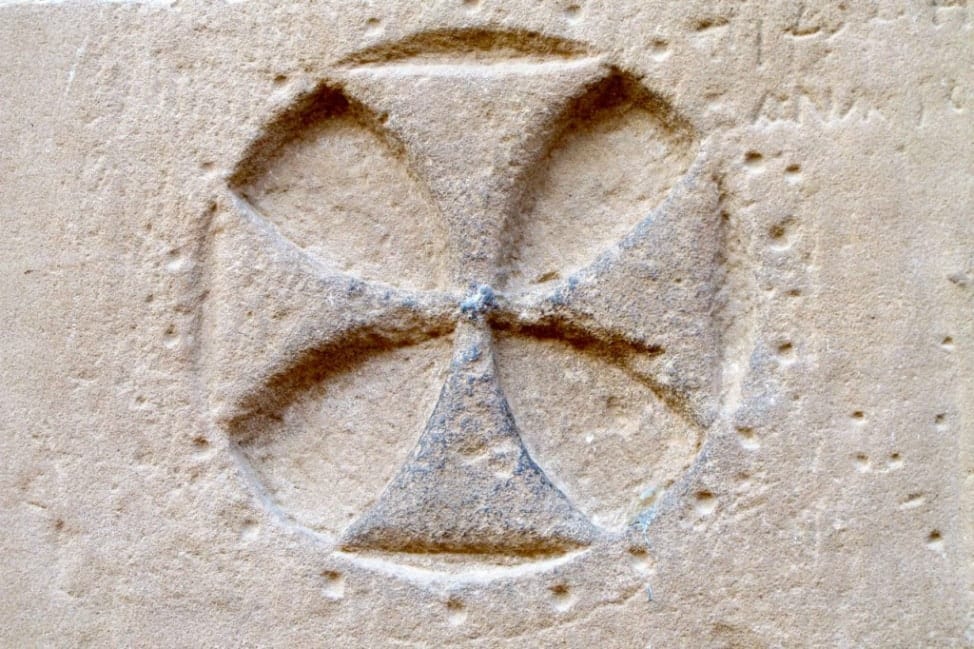 Prior to the flooding, Philae became popular with rich European travelers in the 18th and 19th centuries. After the Aswan Dam was constructed, the island was underwater most of the year so naturally tourism declined and with it, the quality of the lower portions of the ruins washed away with the water. 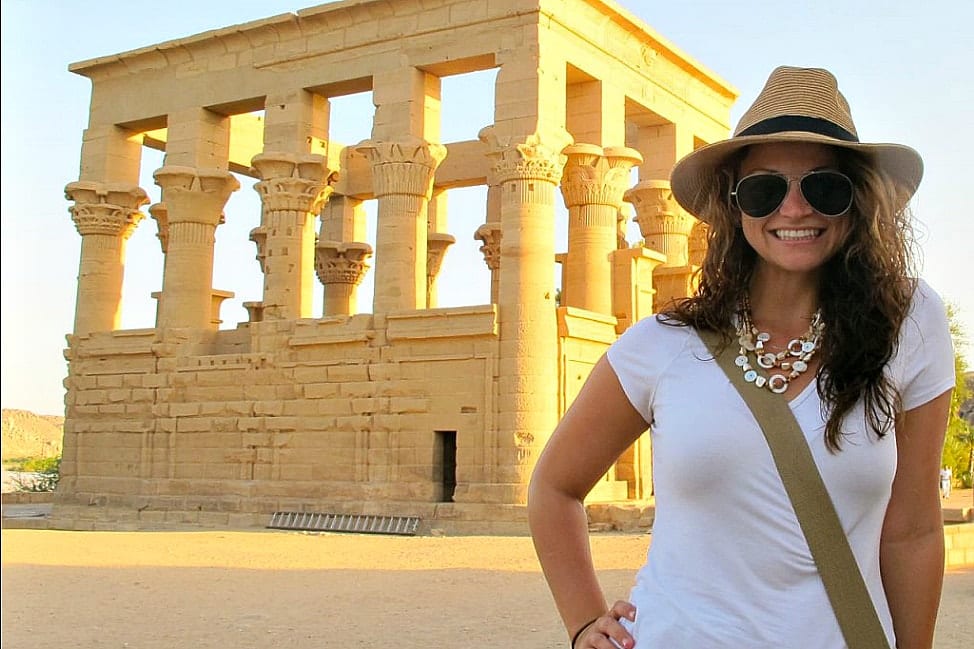 Several Coptic ruins, the ruins of a Temple of Augustus and a large Roman city gate remain on the original submerged island. Someday, they may join the rest of Philae on Agilka. 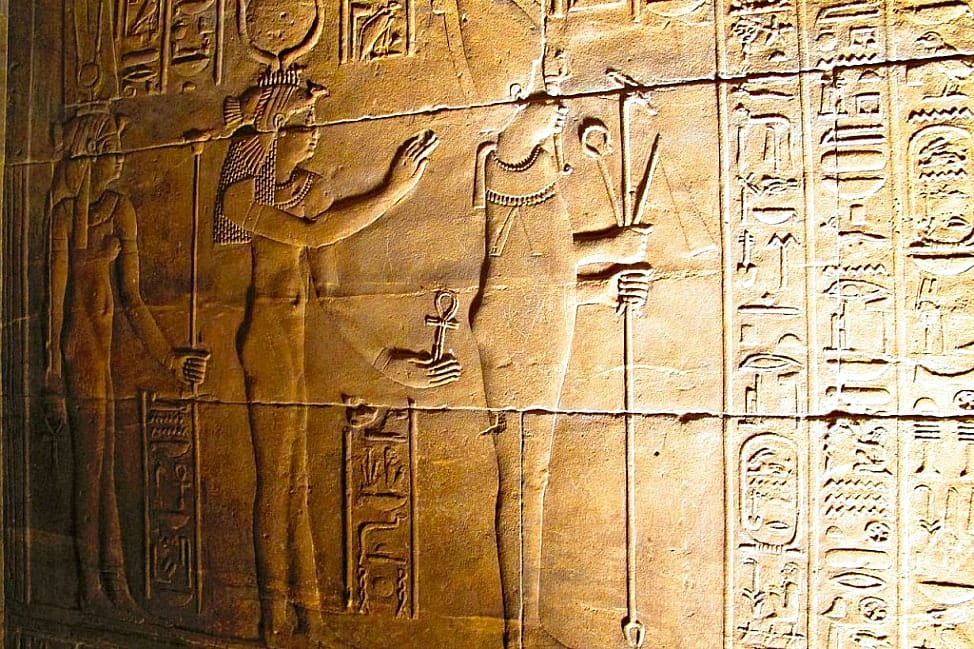 I only had so much brain space to dedicate to individual gods, goddesses and hieroglyphs. If I remember correctly, this picture depicts the world’s first wedding reception conga line. 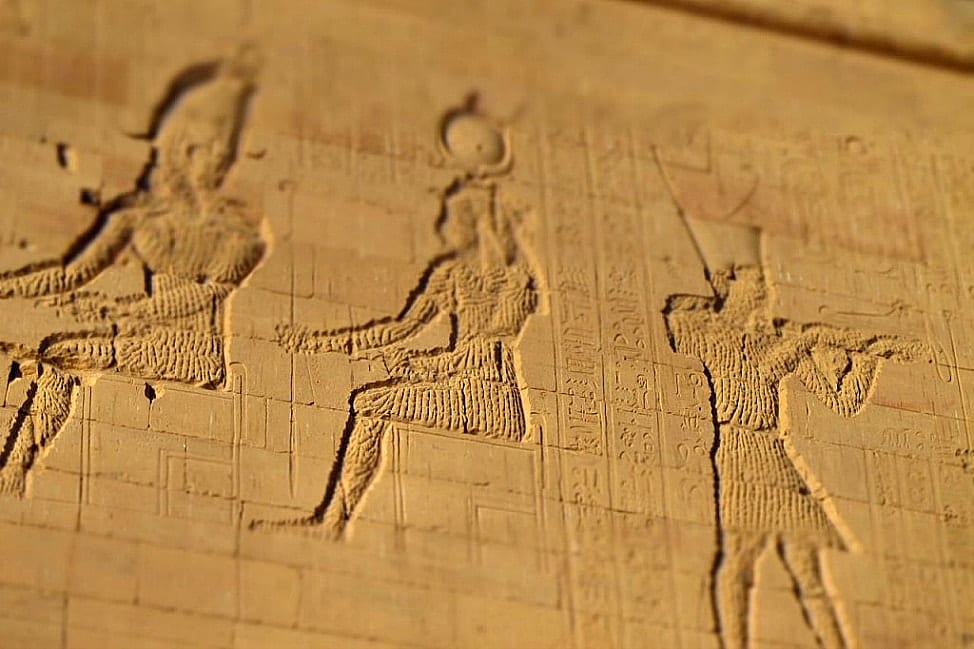 It’s been suggested the British divined their penchant for magnificent hats from the ancient Egyptians. 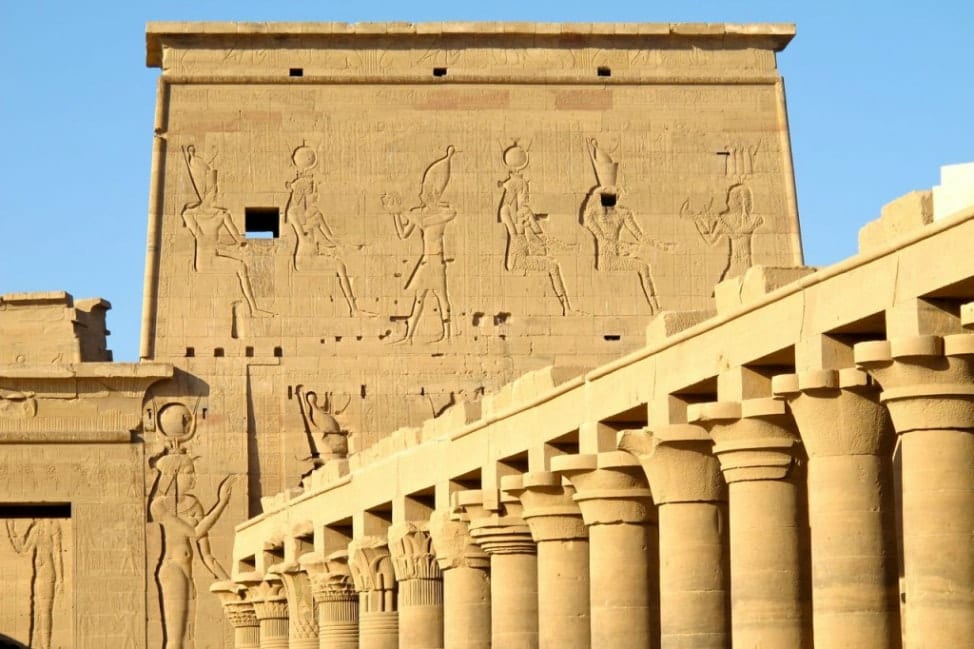 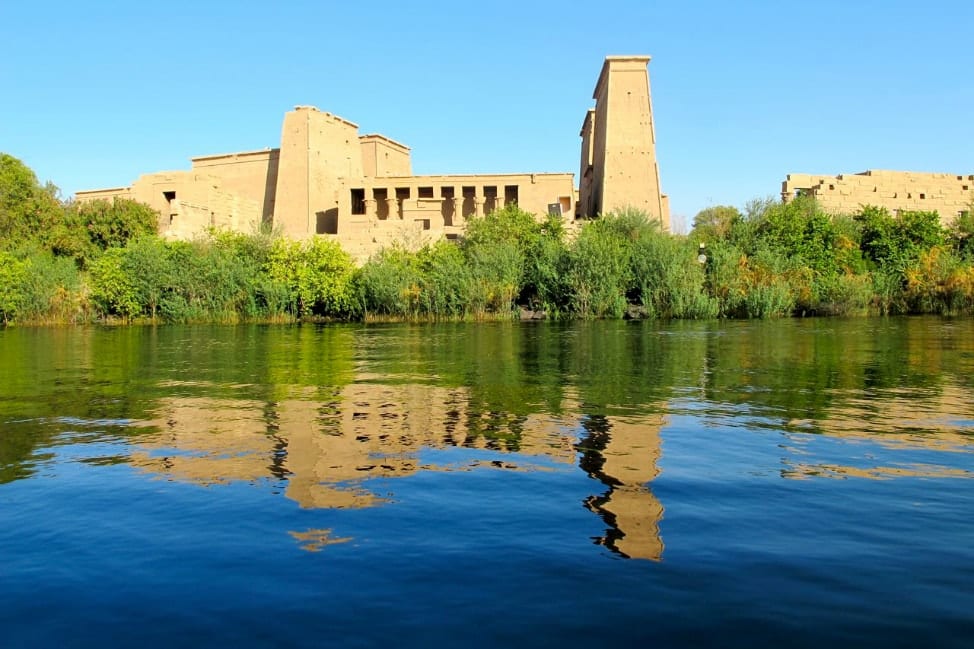