With just 10 days to spend in Turkey before heading to Spain for Running of the Bulls, I had to choose one main location to explore with travel partner Amber. I was leaning toward the ruins of Ephesus for the Biblical connection, but after skimming the Lonely Planet, we decided on Göreme in Cappadocia.

I knew two things about Göreme before arriving. 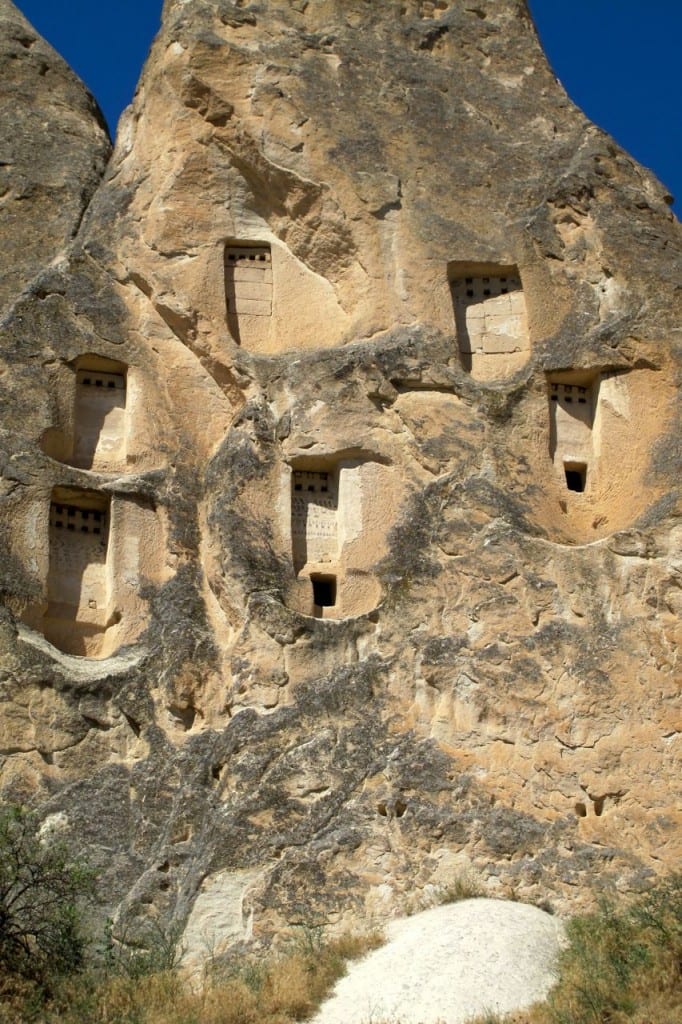 Sorry. There’s no voodoo in these hoodoos.

To my profound disappointment, I learned upon arrival that fairy chimneys have nothing to do with twinkly magic creatures. The bizarre structures, also known as hoodoos, are rock formations protruding from the ground. In tiny, tourist-friendly Göreme, they serve as homes, hotels and ancient churches. Nary a Tinkerbell in sight. 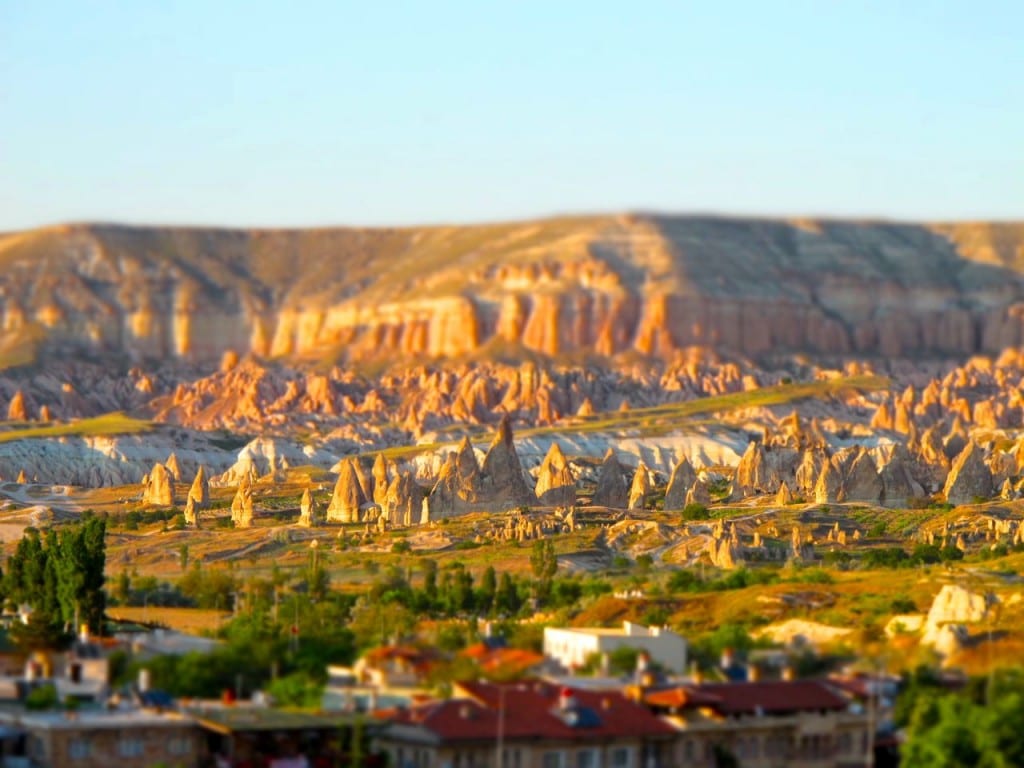 Even without magic creatures, Cappadocia certainly looks like a fairytale land. Hundreds of irregular fairy chimneys dot the arid landscape, oddly mimicking the minarets that have sprung up to shout the Muslim call to prayer five times a day and surrounded in the main town by more modern architecture. 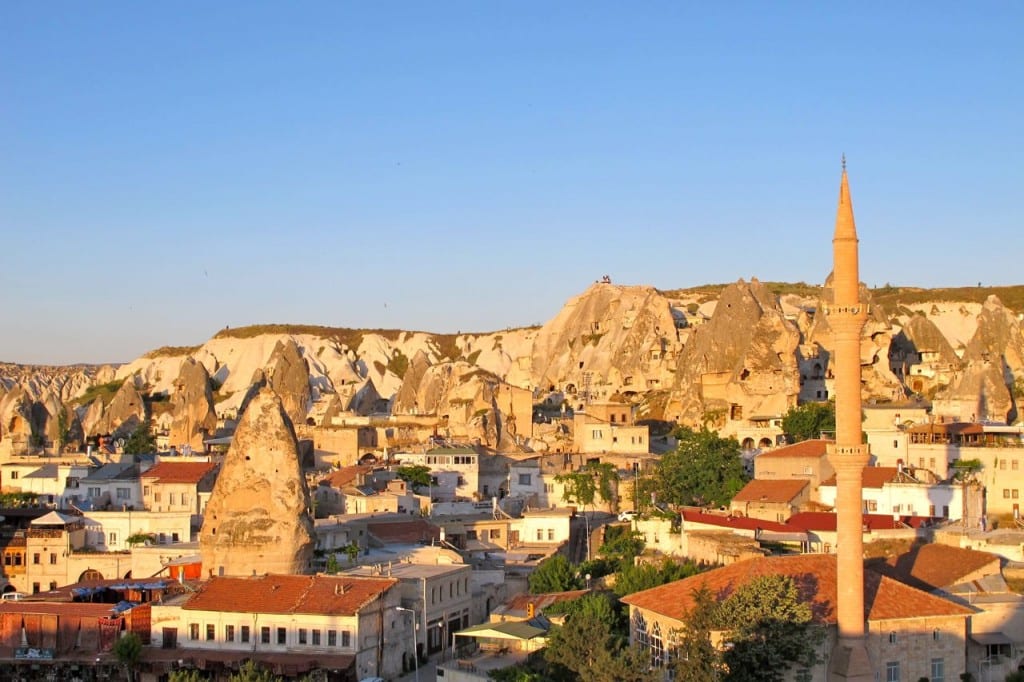 Other hoodoos can be found in Bryce Canyon National Park in Utah, in Serbia & in France, where they’re called demoiselles coiffées, or “ladies with hairdos.”

I don’t know what I expected Turkey to be like, but it wasn’t this. Between the fairy chimneys and minarets dominating the skyline to the beautiful Red and Rose Valleys bordering the town, Goreme is altogether otherworldly and truly unlike any place I’ve ever been. 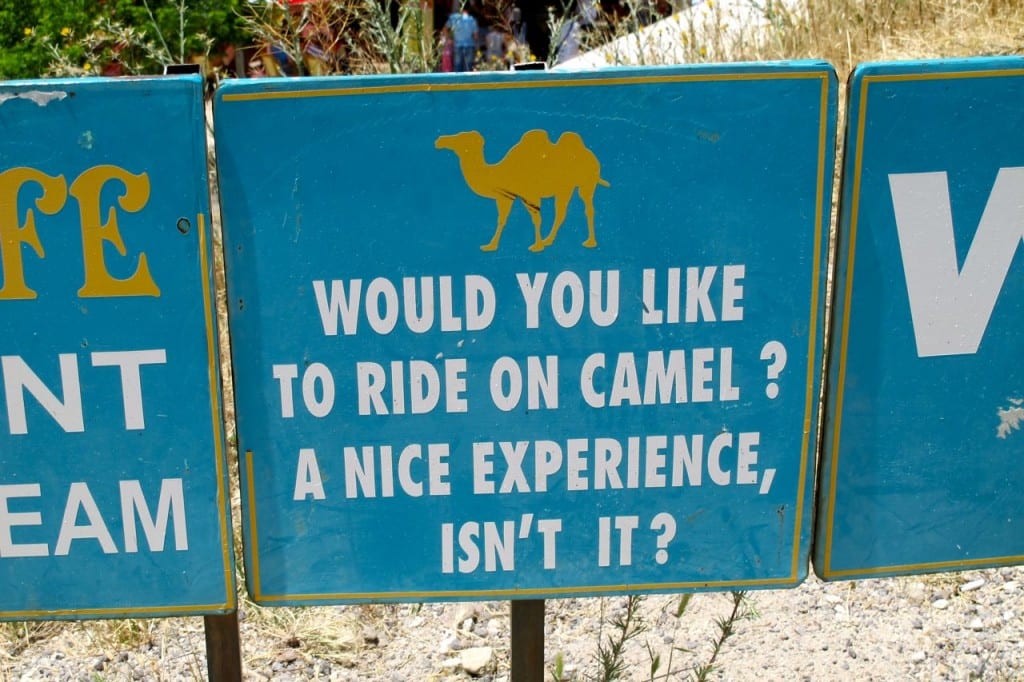 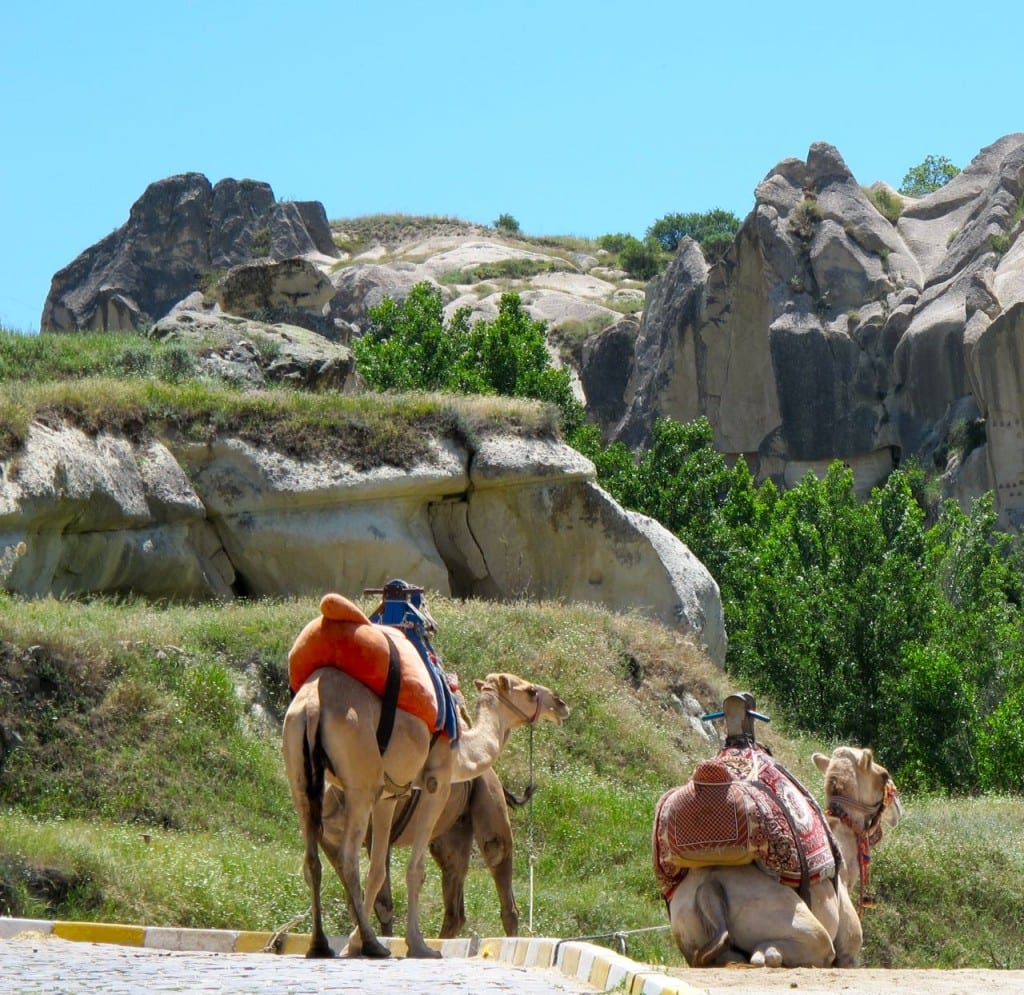 Fairy chimneys aren’t the only attraction in Goreme – you can also ride camels! (I didn’t – I’m saving that for Egypt!)

When Amber & I arrived, we enlisted the friendly guy at the bus station tourist center to call around and find us a cheap place to stay. Half an hour later, we were tucked into our cave at the Kookaburra Pension where we slept off the 11-hour bus ride to the Nevşehir Province. (Later we heard from various sources around town that the hotel’s owner was a super duper scary character who was none too fond of Americans. He was nothing but nice to us though, so who knows? The view from the roof was spectacular, breakfast was about 5 Turkish lira and our room was simple but comfortable enough.) 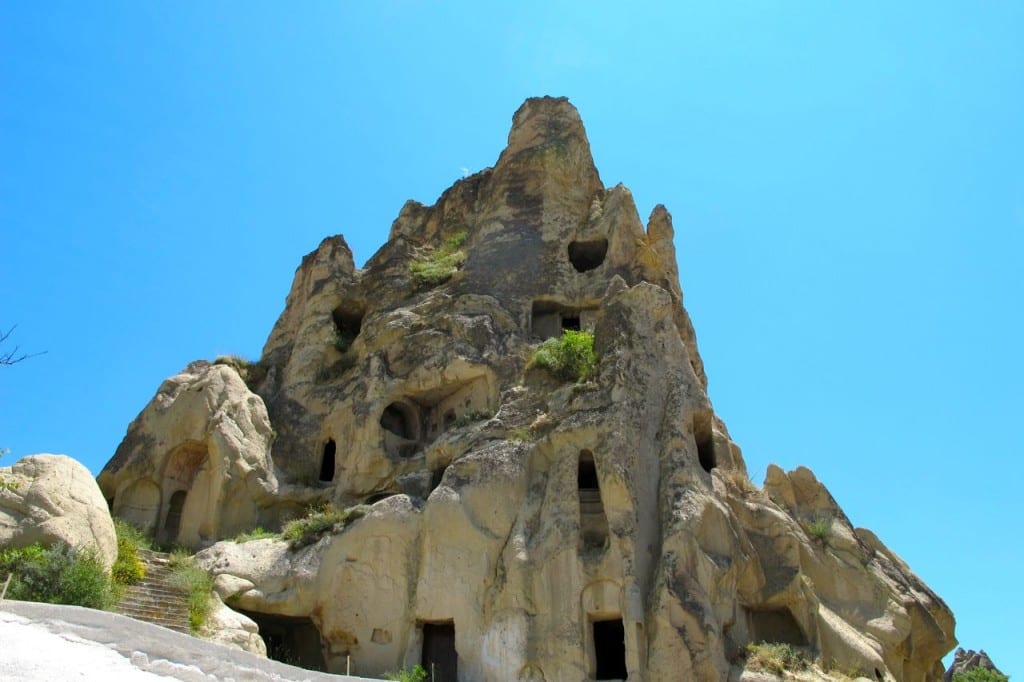 Fairy chimneys range from little old me-sized to the height of a 10-story building. Many factors go into the shape & color of the hoodoos, from erosional patterns to rock type to climate.

There’s much more to Goreme than fairy chimneys. The area is also known for its beautiful woven carpets, local wines, red pottery from nearby Avanos, underground cities, magnificent hiking and swarthy Turkish men. But more about that later this week!

22 thoughts on “Goreme & The Fairy Chimneys of Cappadocia”