I recently declared that after visiting Ios Island, I would never let my kids get within 100 miles of the place. Here’s why.

I was hanging in mellow Santorini when Matt sent me a message about popping over to nearby Ios Island to celebrate his birthday. At the time, I was just wandering around the Greek isles with no set plans, so I said, “Why not?” I confess I knew nothing about the Ios Island before arriving. My only inkling that I was heading somewhere wild and crazy was a conversation I had with my taxi driver en route to the port in Santorini.

“No, just going to meet a friend and check out the beaches,” I responded.

“No, you’re definitely going to party. You won’t sleep at all. It’s crazy party time!”

When I arrived and boarded the free shuttle to the hostel, I heard this:

So my taxi driver was right. Ios is the ultimate party island.

My trip to iOS Greece – The Island of Bad Decisions!

Thank God there were private rooms available at my hostel, otherwise I would’ve lost it. As you know, dorm situations aren’t my cup of tea, and with all the bed hopping and spit swapping I heard about, sharing a room probably would’ve resulted in injuries to myself and others.

Shenanigans ensued nightly at about 12:30 a.m., when the entire town roared to life with an 18-22 crowd pursuing all manners of debauchery.  It reminded me a bit of the drunkenness of a college town on game day, but magnified by sun, sand and sex. I won’t get into all the salacious conversations I overheard at the hostel, but I think it’s safe to say there were only a handful of folks NOT looking to hookup with anyone and everyone. It was like an international 90210/DeGrassi episode, with morning after breakfast confessions divulged so loudly and shamelessly it made my hair curl. (The milkshakes at the breakfast place were delicious, though!)

Needless to say, Ios Island made me feel like an outsider in a way no other destination ever has. (And I’m ok with that distinction!) It’s the perfect place if you’re looking to make bad decisions, suffer the worst hangover of your life or pay to get whacked in the head with a sledgehammer.  Staying in town, even for just four nights, was overkill for me. I never again need to see kids puking in the street, losing consciousness & smacking their heads on brick steps or showing all their bits on the dance floor.

If you can deal with Ios’ icky side, there are a couple of activities that make it worth a visit. Outside the central town where all the shenanigans happen, there are gorgeous beaches, tucked away tavernas and an obscure historic site or two to occupy you for a few days. 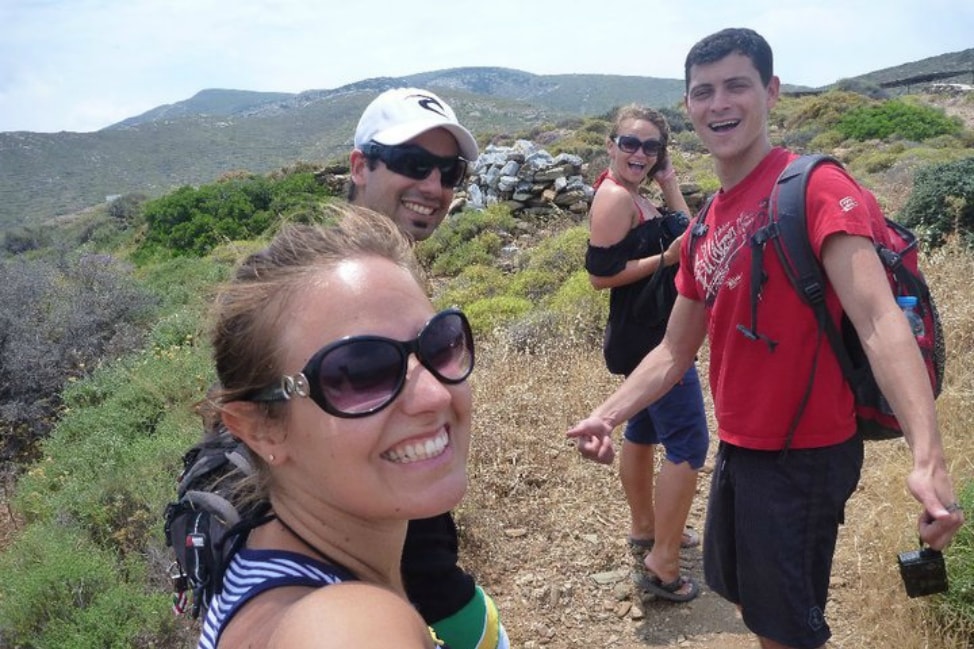 On the way to Homer’s Tomb

I made two wonderful new friends out of the visit – Anthony & Nicole from Western Australia. We met up again in Spain, England and the US, and I just love them to death. We stayed out until the sun came up one night and were so proud of ourselves… but then we had to crawl back to the hostel, exhausted, stepped on by big-footed European teenagers and totally useless the next day. 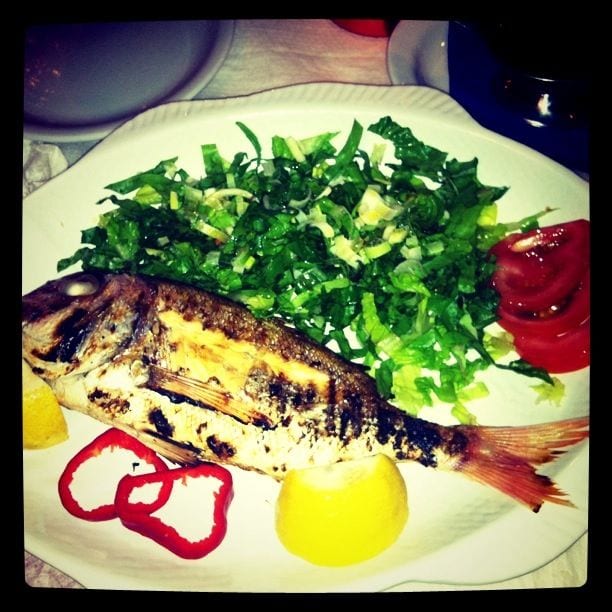 Greek food never disappoints! Ios Island had some of the best late night gyro shops and fish restaurants of my whole trip. 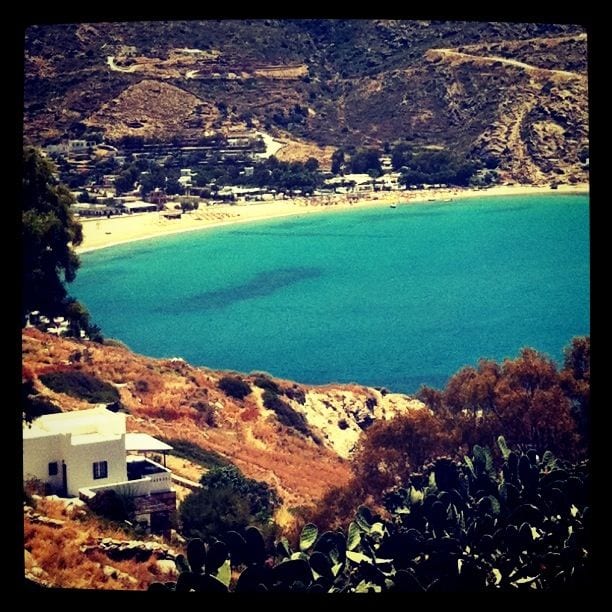 If you can stand the youthful exuberance (i.e. drunkenness), the beaches in Ios Island are quite lovely. 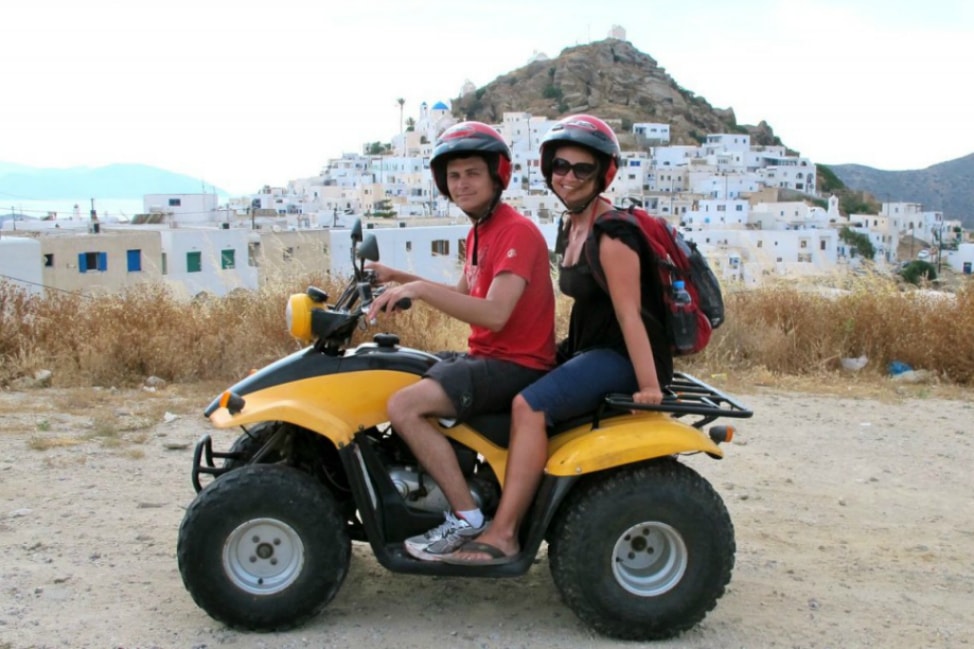 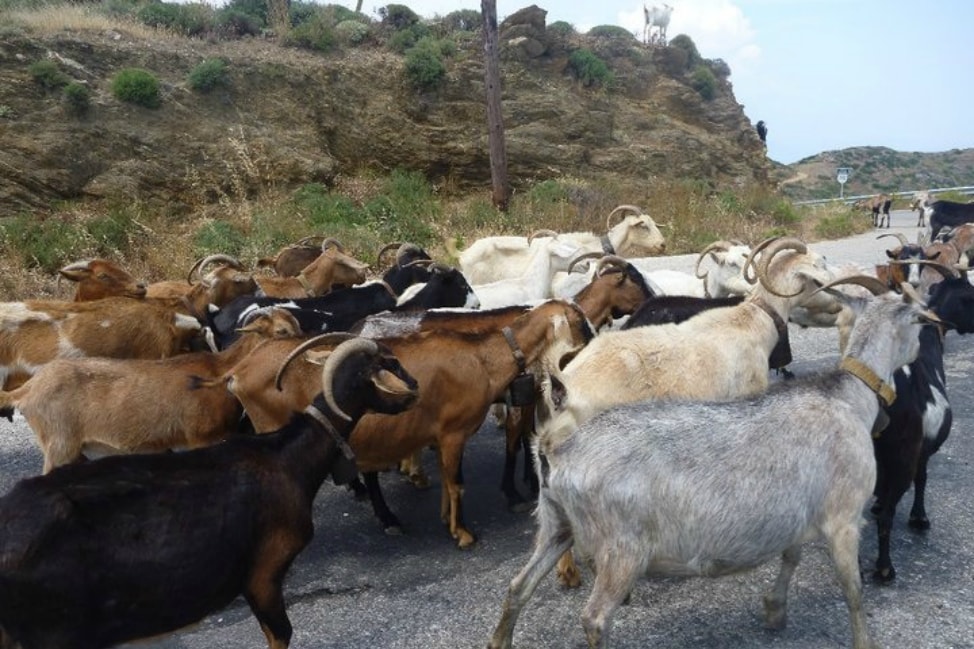 The Aussies, Matt & I rented 4-wheelers and cruised across the island to see Homer’s tomb. We ended up having to navigate through a herd of goats and Matt & I rolled backward with our slow, idling 4-wheeler. It was probably my favorite day in Ios Island just because we broke free of town and its teens and had a proper holiday adventure. 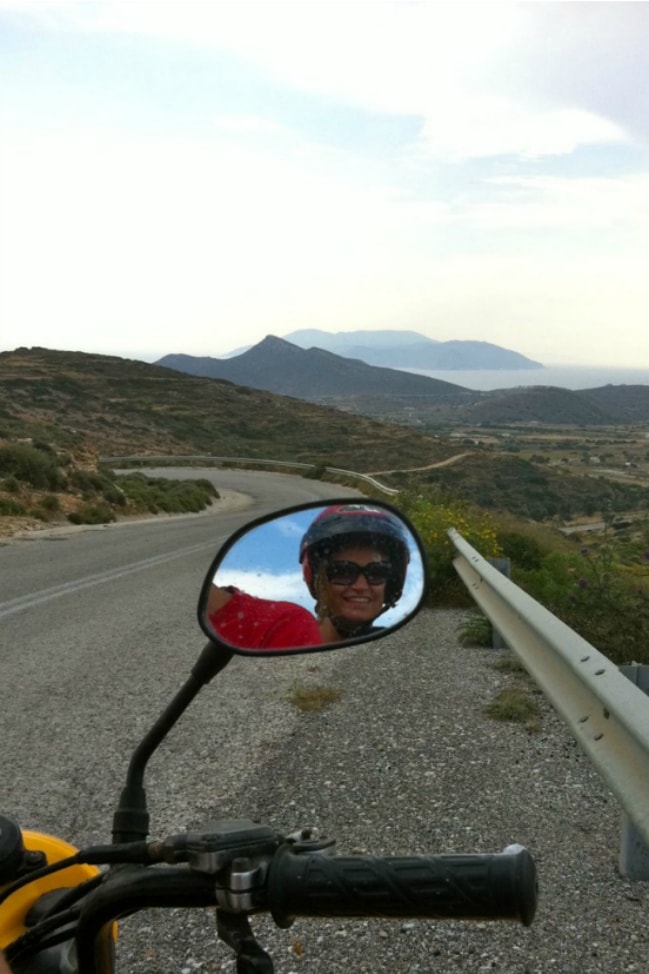 As with any destination, there are going to be pros and cons. Similar to how I felt about Vang Vieng, I just found Ios  Island to be dedicated to the pursuit of things I wasn’t much interested in pursuing.

Have you been to Ios Island? What did you think of the party scene? Would you recommend it to friends who aren’t big into partying?

22 thoughts on “Ios Greece – The Island of Bad Decisions”