Had I not been in a hurry to get to lovely Luang Prabang to get soaking wet again, I could’ve spent a few days lolling about in our next stop – unpretentious, quiet Nong Khiaw. 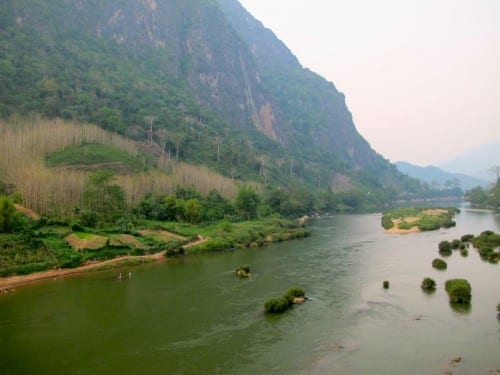 After our megaday of starvation and nausea and village watergun fights and shouting HAPPY NEW YEAR at old ladies like the Laotian Terminator, I was relieved that Nong Khiaw was as sleepy a town as I’ve ever visited, even during the most raucous holiday of the year. 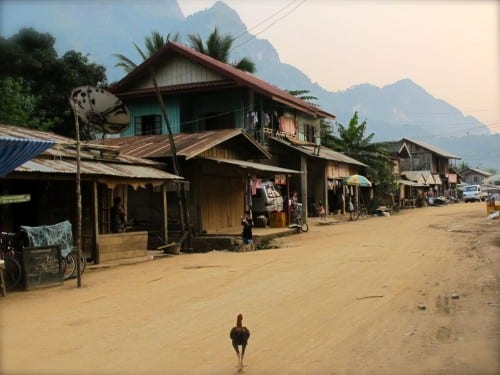 So what is there to do in Nong Khiaw besides watch the chickens cross the road?

1. Do nothing. Nong Khiaw is pristine and quiet. Sit on your balcony in a hammock and soak it in.

2. Do all that active stuff. If you’re on the Stray Bus like I was, and you can’t sit still, Nong Khiaw is a great place to hop off for a while to trek or rent bikes and tootle around the countryside. 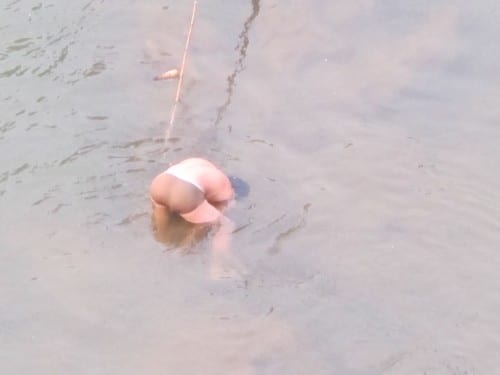 3. Go fishing on the Ou River with a local guide. Just remember there’s always some jerky tourist with a camera to capture your efforts. 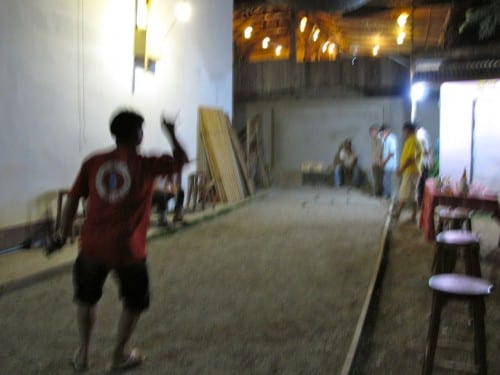 4. Play Petanque with the locals – it was such a highlight of my time there! Amber, Anna and I just rocked up to the game and were invited to play… no one spoke English, so we sort of chucked the ball and hoped for the best. Either the Laos folks were being nice or there’s not much skill to the game, because we somehow won the first round. 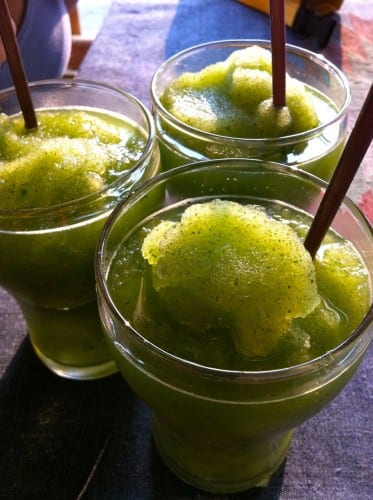 5. Get your fruit shake on! Getting attacked by 50 villagers is no walk in the park (even though it was a blast!), so we were pretty drained once we finally sat down for a drink and a bite. The most refreshing drink I’ve ever had was the lemon mint fruit shake in Nong Khiaw – don’t miss it! 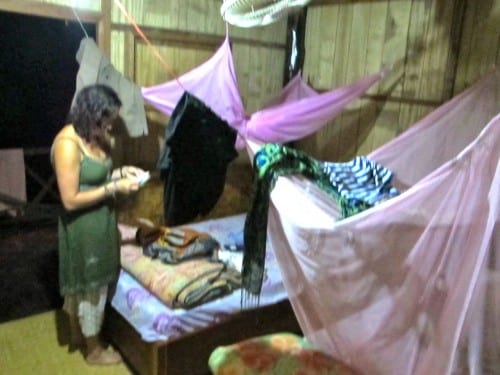 6. Go rustic. Nong Khiaw doesn’t have any luxury hotels, and the Sunrise Bungalows where we stayed were probably the most primitive accommodations of the entire experience. Precariously built into the steep hill leading down to the river, I could see the ground many feet below through the slats in the floor. If not for the mosquito net around my bed, I might’ve had a nervous breakdown. Come to think of it, I nearly did freak in the middle of the night when I thought someone was crawling in bed with me. No one was – Amber was just turning over in her bed and the cabin was so rickety that it shook the whole place. MEEP!

7. Check out the famous Pha Tok caves, where Pathet Laos fighters used to hide during the Second Indochina War. I’m not super into caves (I know, what am I into, right?) but it was a nice little change of pace from getting buckets of water dumped on my head. 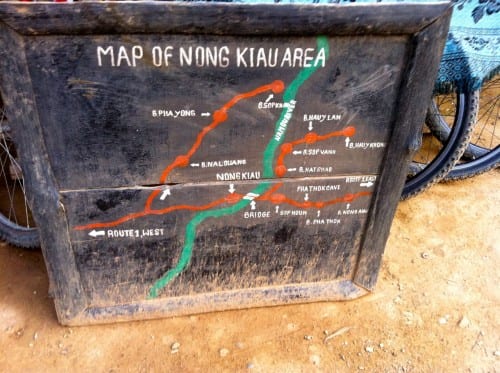 Up next… The watery road to Luang Prabang