I wrote a very brief synopsis of the Tongariro Hike over at Flying Kiwi’s blog, so check that out if you want the quick and dirty guide. If you want the real story, complete with my whinging, read on.

Elevation map of the Tongariro Crossing

I’ll just warn you in advance that this hike was epic, so I’m going to say epic a lot. Normally I frown on those who use epic too frequently, but that’s usually because they’re Tweeting about Taco Bell and 3 a.m. and saying how epic it was. I have news for you, in comparison to the Tongariro Crossing, Taco Bell is just.not.epic. (Unless there had been one on the Tongariro Crossing… then wow. EPIC.)

The Fellowship of the Ring

We upgraded to cabins the night before the epic Tongariro Crossing because none of us wanted to get up at 4:30 a.m. to pack up our tents and campsite before the shuttle arrived to pick us up. The Fellowship of the Cereal Bars continued quoting Lord of the Rings (hello, is this why I’m single?) long after we turned the lights out in our 8-bunk room. It is absolutely shocking how many quotes we came up with… I mean, yes, it’s nine hours worth of film, but still, I am surprised that a handful of girls from a handful of countries were able to recall that many exact quotes from a fantasy film like LOTR. 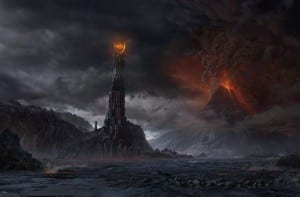 This is what our pitch black dorm room sounded like as we were attempting to go to sleep.

“Mr. Frodo, I will share my cereal bars with you.”

“If you want him, come and claim him.”

Then some unintelligible Elf language – you Liv Tyler fans know what I’m talking about – and lots of giggling. It was a sweet moment and sticks in my mind as a favorite from the whole Flying Kiwi experience. 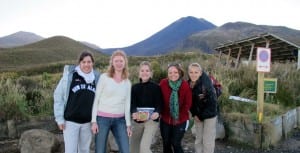 The Fellowship of the Cereal Bars

So if you’re still with me and haven’t run screaming into the night because Lord of the Rings means nothing to you, then thanks! The rest of my Tongariro story will be less about Tolkien lore and more about the adventure, I promise. 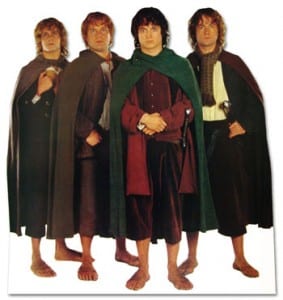 Err, except the part about EIGHT EPIC HOURS OF HIKING. Not eight hours of leisurely walking. Now I get why it took nine hours of movies for those bloody hobbits to get to Mount Doom. I am sure I only beat Frodo’s time because my legs are a bit longer than his and I wasn’t fighting orcs off with a sword. (Ok, now I’m seriously done with the Mordor references.) (One more. Morder? More like murder!) (That’s it.)

Up next… I Expected More Orcs In Middle Earth

6 thoughts on “The Epic Tongariro Crossing”