(Near) Death By Chimichurri

As a near constant traveler, and a woman of somewhat small stature, I am extra careful when traveling. I don’t knowingly put myself in danger (shark cage diving is not that dangerous!) and I take great care to be aware of my surroundings.

But what happens when you aren’t doing anything dangerous and danger befalls you anyhow? I wish I had advice on how to avoid what happened to me in Cancun, but I really don’t. I played by the rules and still…

Our first night in Cancun, Jarvis, an old college chum, and I barely slept a wink. After an authentic margarita at Chili’s (perhaps you’ve heard of it?) and an authentic taco dinner at local joint “Carlos and Charlie’s,” we spent the whole night tossing and turning as dozens of recent high school graduates toasted their freedom by shrieking in the streets and unfortunately, in the hallway of our condo.

Exhausted the next day, we abandoned our plan of exploring the region’s famed eco-parks and instead had an early lunch at the Hard Rock Café. (So yeah, I admit, authenticity was pretty much a no-go at this point.) After lunch, we relaxed for once, lounging by the pool, watching the World Cup from the comfort of our beds, reading stacks of magazines and swapping snide remarks in between naps. I took three. By evening, we were well-rested and famished for some tasty dinner, preferably of the non-chain restaurant variety. The best we could do on Cancun’s strip was a nearby Argentinean steakhouse recommended to us by friends.

“I don’t feel well,” Jarvis said about 15 minutes into the meal. Starving, we’d devoured the fresh bread and gravy boat full of chimichurri sauce that came before the main course. Aside from his typical contrariness, he looked quite normal to me. I briefly glanced up from my cannelloni to ask what was wrong. He entertained my questions briefly, but slowly put down his utensils and began to look more and more out of sorts. I thought what anyone would think – crap, did he drink the water? That had to be it, right? Even in modern times, Montezuma is still known to seek vengeance on unsuspecting tap water-drinkers.

I continued questioning him until he just stopped responding. His eyes lost focus, his hands began to tremble and his whole body shook. “What’s wrong? Are you ok!? Jarvis!” No one in the restaurant was paying us any mind as I leapt to grab him by the shoulders before he slumped out of his chair, unconscious and barely breathing.

Panicked and barely able to hold him upright, I looked around for someone to help. I thought it strange that there wasn’t a single waiter on the restaurant floor, however it didn’t occur to me at the time that this might be strategic. The few other diners avoided eye contact, or just didn’t see us at all. Should I call 911? Do they even have 911 here?! Nueve uno uno?

After an everlasting 30 seconds, Jarvis returned to consciousness, straightened himself out in his chair and broke out in a cold sweat, completely spent. Bewildered and terrified, I plopped down and looked at him, amazed that he was back to life so quickly. He looked back at me like I was the crazy one, shook it off and nonchalantly continued to eat steak.

In true Jarvis fashion, he was casual in commenting on how bizarre the incident was. Meanwhile I was beside myself – I’ve had a person die on me while abroad, so it doesn’t take much health-related drama to scare the daylights out of me. Once again, I found myself in a foreign land with a person who might just need medical attention. Luckily, unlike my past experience, Jarvis was too busy chowing steak to be bothered with concern… or dying.

“What the heck was that?” I peppered him with questions about how the incident came on. “Has this ever happened before? Any history of epilepsy? What did it feel like? I’m calling your mom!” He said suddenly his body temperature went way up and he couldn’t see or hear a thing, but he was as unfazed now as he’d been moments before he fainted. Oh well, I figured, must have just been a freak drop in blood pressure.

Suddenly, a discomforting feeling came over me, like there was a magnet in my chest drawing me toward the floor. This can’t be, I thought. But I grew lightheaded, more and more out of breath and weak. “You’re just having sympathy pains,” he said, chewing steak. I wished it were true. Within minutes, Jarvis had to move my food out of the way (after I slopped my limp hand into the tomato sauce) so I could sprawl my head and shoulders out on the table. Knowing what was to come, I was determined not to wind up on the floor (I don’t like to cause a scene and I was wearing a dress), but my body was so desperate to be there. I was drenched in sweat and fading in and out of consciousness. “I’m so sick, I’m so sick,” I murmured.

Jarvis said, “Don’t worry, it will be over in a few minutes,” as he casually continued eating steak. (I presume he was still eating steak, though I couldn’t actually see him from my half-alive position on the table.) Though I suspected it to be true based on his 3-minutes-prior experience, at the time I thought I would never walk out of that restaurant on my own two feet. But sure as I’m standing here today, I was 100% restored after about 2 minutes of semi-consciousness and another 10 minutes of sweating. Certainly the handful of other diners in the dining room must have thought we were obnoxious young tourists who couldn’t handle whatever crazy drugs we’d bought from the market…

Though we spent the majority of our dinner falling all over the place and having little mini-seizures, the restaurant employees conveniently missed both near death experiences and since medical attention wasn’t required, we didn’t feel comfortable approaching the manager about what happened.

Jarvis and I decided that since we suddenly were prone to fainting spells, we would hurry straight back to the condo and lock ourselves in. I called my mom to let her know what happened, just in case we died in the middle of the night. After some discussion, we determined it must have been some really freaky food poisoning. I couldn’t think of any other explanation. The thought of something more sinister never crossed my mind.

The next night, we went back to American chain restaurants, and celebrated the 4th of July with Domino’s Pizza on our beachfront balcony… you see where authenticity got us?!

Once we were back in the US, I did some research to figure out what had really happened. To my surprise, all signs pointed to only one definitive answer – we were drugged. To corroborate this theory, I called Poison Control and explained our symptoms. While the Poison Control official obviously couldn’t say what kind of drug was involved without blood testing (though she suggested GHB – colorless, odorless and easily added to chimichurri sauce!), she did say there was no other explanation for our rapid loss of consciousness and subsequent quick recoveries.

My best guess is that the waiters intended to cause us both to pass out simultaneously and in the ensuing rush to “help” us, they would clean out our wallets… or who knows what else? I thank God for his protection that day!

Have you ever been drugged during your travels? What would you have done if it had happened to you? 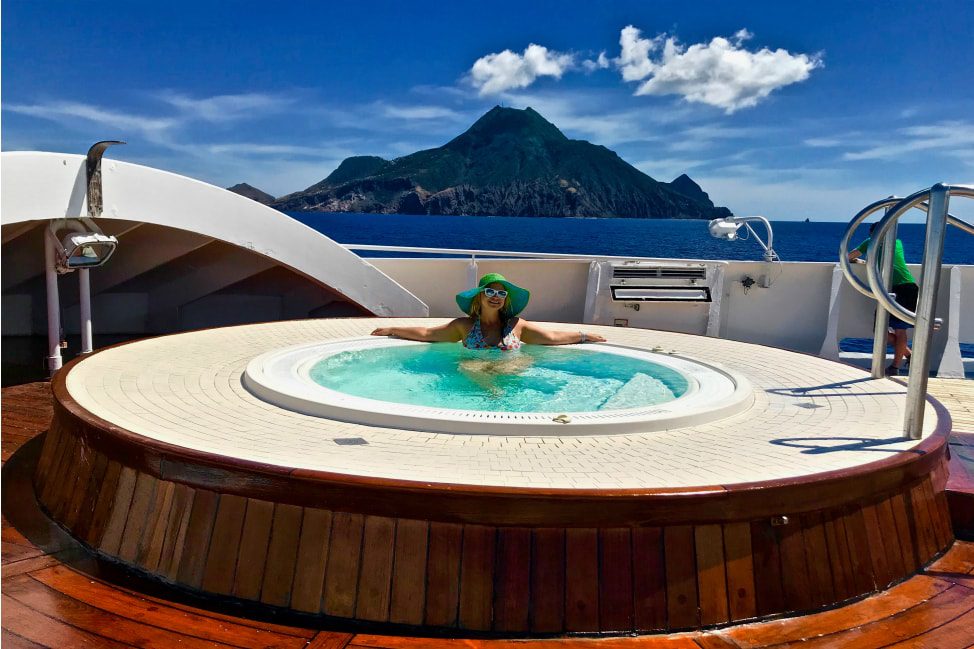 Island Hopping in the Caribbean with Windstar 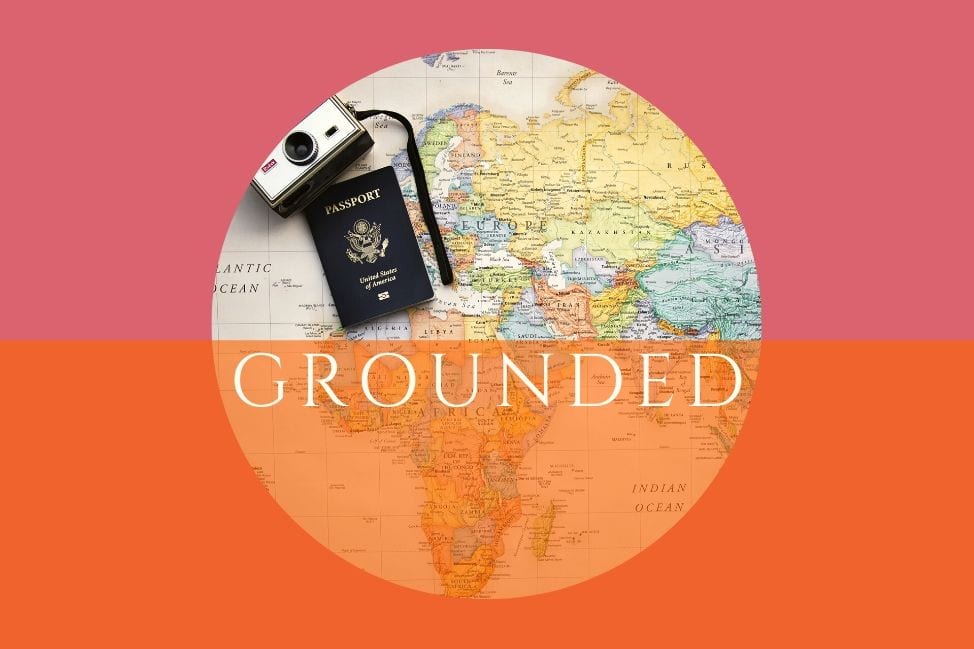 Grounded: Updates from a Traveler without Wings