Like many of you, I was aware of Costa Rica’s unofficial motto long before my toes ever touched Pacific sand… 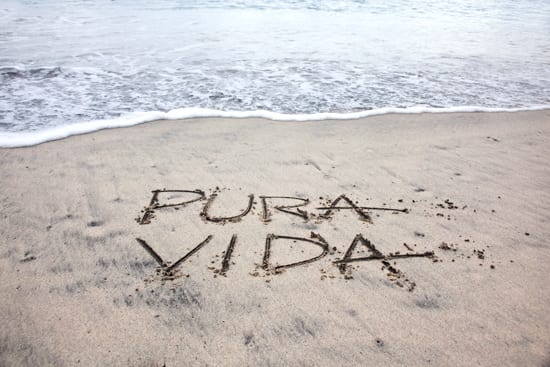 Sounds like a pretty notion, this thought of “pure life.” According to my diligent and thorough Internet research, the “real meaning is closer to ‘plenty of life,’ ‘full of life,’ or ‘real living.'” PURA VIDA can be used as a greeting or farewell, or as a casual answer to “How’s it going?” or even as a Costa Rican namaste, acknowledging a grateful heart. Sounds so pleasant and zen, doesn’t it?

But is PURA VIDA just good marketing? My background in PR/advertising makes me inherently skeptical of any slogan that makes its way into the mainstream. I’ve met a thousand wanderers in my travels with PURA VIDA ankle / chest / neck tattoos. Did they all really experience some sort of sweaty Costa Rican jungle enlightenment that lead them to get that swirly font permanently drawn on… or is it perhaps just a trendy phrase that happy hippies like to adopt? I see it on bumper stickers back home, and frankly a lot of those PURA VIDA proponents still really suck at driving. How pura is their vida if they continue to cut me off in traffic?!

Is PURA VIDA a clever tourism pitch or perhaps something you really can find in Costa Rica?

I hopped on a wee plane (about the size of the Ford Transit Connect we toured the West in) in San Jose bound for Puerto Jimenez to find out.

What did I find once I landed at the tiny airstrip in Puerto Jimenez? A tree full of sassy scarlet macaws, a colorful seaside town and one gravelly, rutted road to follow to my home for the week: the Blue Osa Yoga Retreat and Spa.

Upon arriving at my destination, I realized I might’ve stacked the deck just a bit in favor of finding PURA VIDA.

After all, I was scheduled to spend my first ever trip to Costa Rica at a yoga retreat and spa on a lush little slice of property on the Golfo Dulce (Sweet Gulf), where silence is observed until 7:30 a.m. every day. Farm-to-table meals are cooked by an adorable French lady and her team of Costa Rican fellas. Cocktails are hand-crafted and served before dinner, a buffet-style smorgasbord with a hearty explanation of ingredients before the meal from the staff. Most items are some mix of dairy-free, gluten-free, organic and vegetarian/vegan. Now considering I’m an omnivore, and I like to eat ALL THE FOOD (except olives – blech), it’s pretty insane that I found every dish to be really, really delicious.

Even if I’d discovered the PURA VIDA lifestyle to be nothing more than a marketing gimmick, at Blue Osa, the concept of pure eating is 100% real.

The Osa Peninsula is known for being pristine and nearly untouched by traditional tourism. You won’t find a strip of chain hotels or restaurants around these parts, just the occasional eco-lodge along the long, bouncy road. There are endless stretches of black sand beaches without a soul to be seen and a whole host of exciting critters lurking about, from curious bugs and jungle cats to humpback whales and chocolate labs. (OK, the chocolate labs aren’t native to the region. But Pete and Steve, who live at Blue Osa, are some of the coolest creatures on the peninsula.) 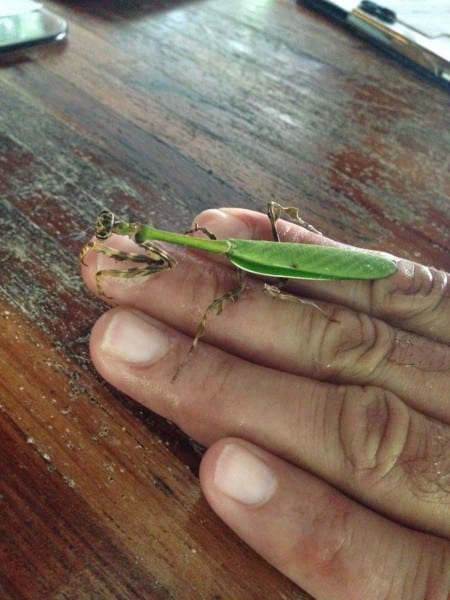 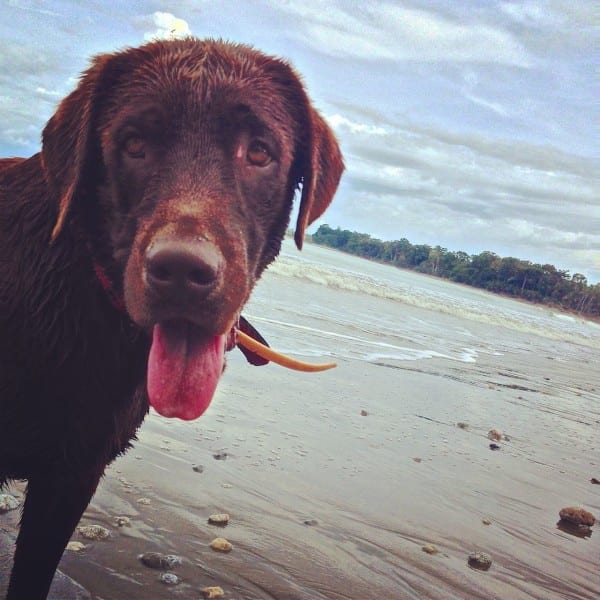 On day one, I found myself sinking into the whole PURA VIDA vibe. Due to the jungle’s particular brand of peace and quiet, I found myself waking up around 5 a.m. … and strangely, I loved it. Especially because humans are expected to stay quiet until 7:30 a.m. on property. The whole place remains hushed, aside from crashing waves and jungle creatures.

Ah, those jungle creatures! Howler monkeys scared me half to death my first night, where I awoke to what I thought was the sound of a pack of rabid Dobermans descending on the place. Alas, it was a harmless group of Howlers making their way through the forest.

By the time I left a week later, I was just as accustomed to the monkeys’ morning vocalizations as I was to the sound of chatty parrots fighting over fruit.

Yoga classes were either in the morning after breakfast or in the late afternoon before dinner, and they lasted anywhere from 60-90 minutes. The 2nd floor open-air yoga studio is the centerpiece of the Blue Osa property, and it’s absolutely the perfect place to practice.

It feels like you’re doing downward-facing dog in the tree tops along with the parrots and monkeys. The waves crash on the beach just across the green lawn, and if you’re lucky enough to have a class when a tropical rainstorm rolls through, it’s the best shavasana ever. 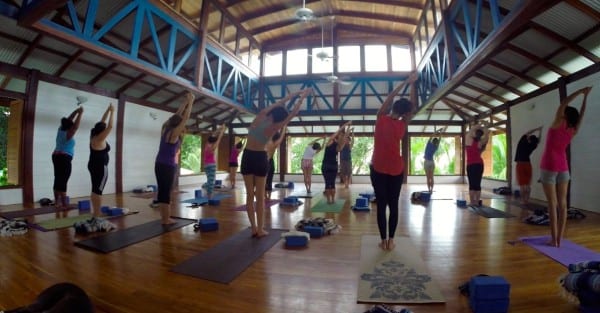 Unlike some of the other yoga retreats I’ve been on, yoga and fitness weren’t the only focus of the week and the majority of our days were free to fill as we saw fit. That could mean a day spent kayaking offsite in the mangroves, or hiking through the jungle in search of sloths, or surfing down the road at Playa Pandulce or … just blissfully wandering the black sand all alone for hours and hours. 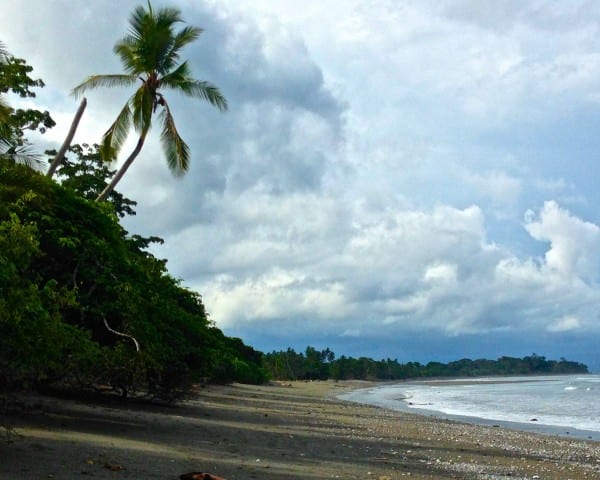 When I wasn’t wandering the beach, surfing or releasing baby turtles into the sea, I meandered around Blue Osa, from cozy chair to comfy hammock to spa suite to poolside lounger and back to the cozy chair. I had ample time to write in my journal, read, chat with lots of new friends and just soak it all in.

As someone who lives life on the clock, it was so refreshing to be freed from my (mostly self-imposed) deadlines and timetables. As the week wore on, I cared less about keeping in touch online, or writing posts, or responding to emails, or doing anything to attempt to tame my humidity-despising hair.

Whether or not PURA VIDA is something every visitor experiences – I really can’t say. All I know is I got what I came for, and I’ll certainly be back.

Special thanks to Blue Osa for hosting me during press week. All opinions are my own, as always.