Ever heard of the St. Kitts Scenic Railway or even just railroads in the Caribbean?

In the present day, railways are scarcely functional in the islands. However, had you lived back in the early 1900s, cargo transporting trains would’ve traversed from farms to mills to ports. They’d carry sugar, tobacco and produce to waiting ships who’d take the valuable exports to Europe and the US.

In St. Kitts, the sugar era wasn’t so long ago.

Rich volcanic soil and a perfect climate made it the sweetest island in the Caribbean for centuries. As times changed, sugar production became more expensive, and ultimately the government decided to shut it down for good in 2005, focusing instead on tourism.

So what remains of the industry that ruled the island since 1643?

Aside from fields and fields of wild sugar cane and abandoned sugar mills, the most obvious reminder of King Sugar is the St. Kitts Scenic Railway, a sweet and simple 2-hour tour on the same tracks that once carried the cash crop from the plantation to the factory to Basseterre, the capital and port city.

What to Expect on the St. Kitts Scenic Railway

The Railway is made up of open-air, double-decker cars, so you can chug along through the fields of sugar cane, and island vegetation while enjoying the fresh air and 360-degree views. Below, there’s an air-conditioned parlor, but I never went downstairs. I didn’t want to miss any of the million-dollar views up top.

Attendants serve complimentary drinks throughout the journey – both alcoholic and not. I confess it was awfully satisfying to sip a rum punch while lolling past endless fields and miles of wild coast, while our conductor narrated the history of the island and the Acappella St. Kitts Railway Choir sang Caribbean folk songs and hymns. 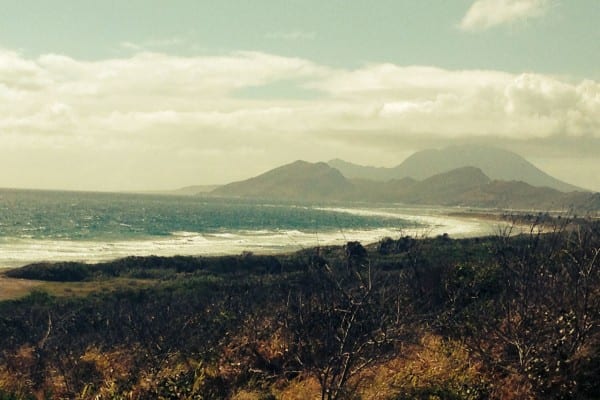 To the right, the mostly unpopulated, unspoiled, unbelievable coastline. 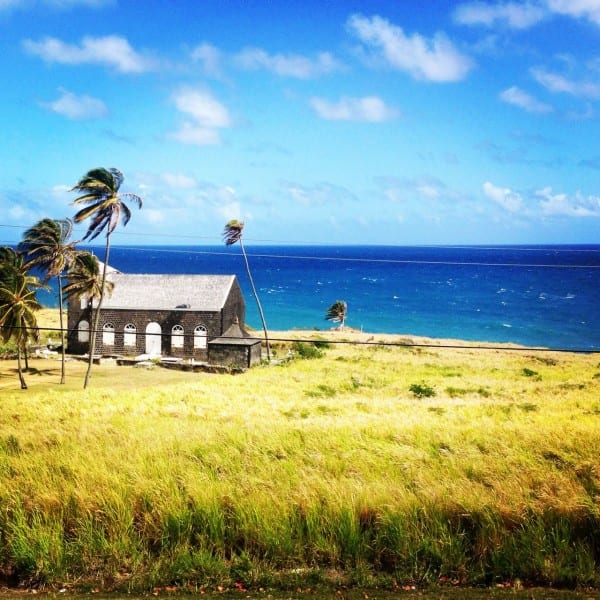 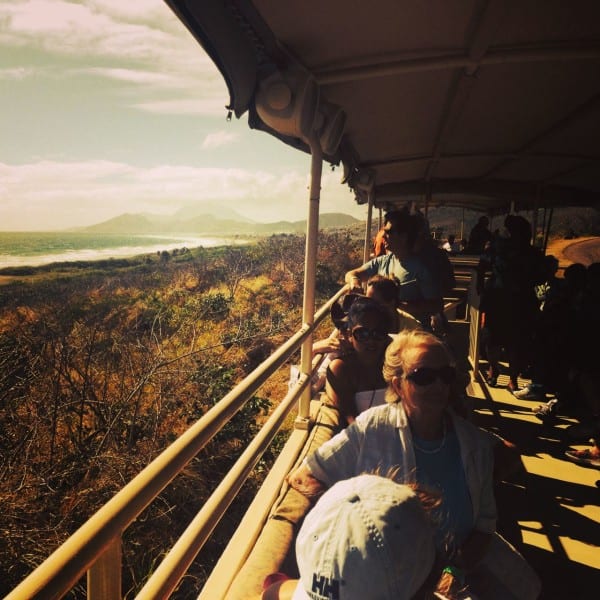 The St. Kitts Scenic Railway is often called the Last Railway in the West Indies, and riding it will certainly take you back to a different time. Plus, it affords you the opportunity to see a large percentage of the tiny island in a short time – great if you’re on a cruise and have a limited number of hours to squeeze in.

Whether you’re just in port for a day or spending a week at Kittitian Hill, Christophe Harbour, Ottley’s Plantation Inn, or one of the Airbnbs on the island, the St. Kitts Scenic Railway is a must-see.

Sure, everyone does it, and it’s a little bit touristy. But you won’t find anything like it anywhere else in the Caribbean, and you certainly couldn’t pick a more relaxing, pleasant manner of seeing a side of St. Kitts you can’t access any other way.

You can book a ticket for the railway here.

I just LOVE train travel. What’s your favorite train journey? Tell me in the comments! 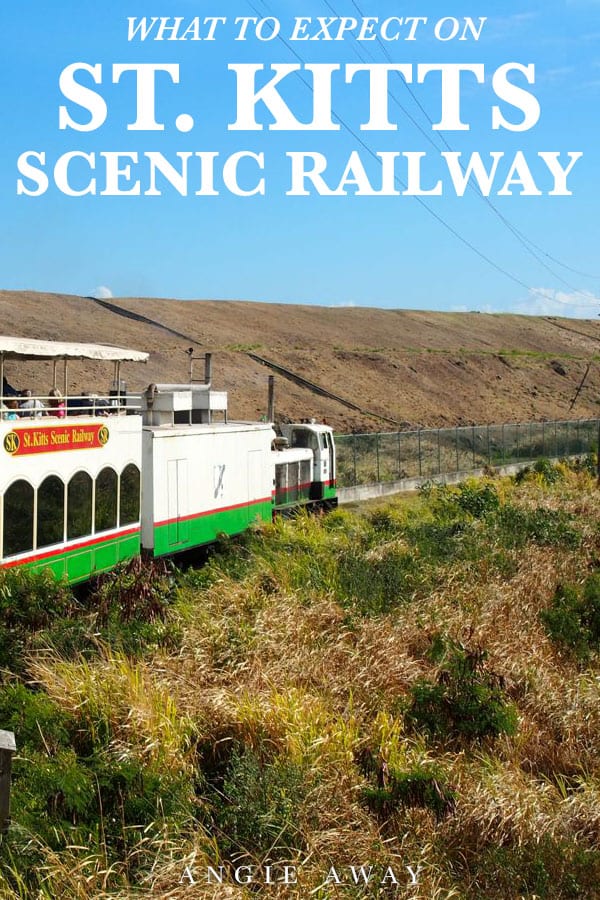 Thanks to St. Kitts Tourism for inviting me to experience your beautiful island. All opinions are my own.

5 thoughts on “All Aboard the St. Kitts Scenic Railway!”